The ZX500 is a well priced headset from Armaggeddon but is it worth the price? The headset looks great even out of the box, themed with striking yellow and pure black. 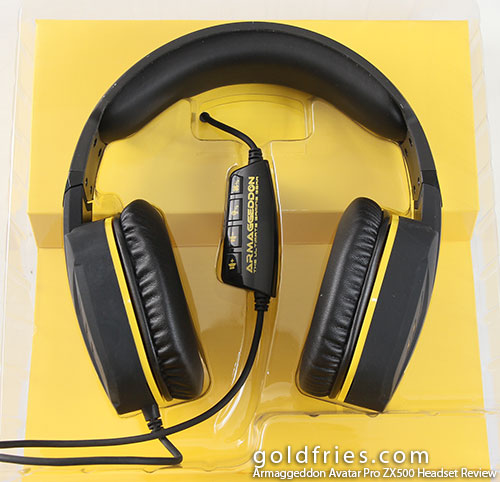 The headset even comes with yellow LED lit when connected to the computer. The connection is via USB port, hence power is drawn to light the LED. A mic is also included, it’s part of the ear piece. 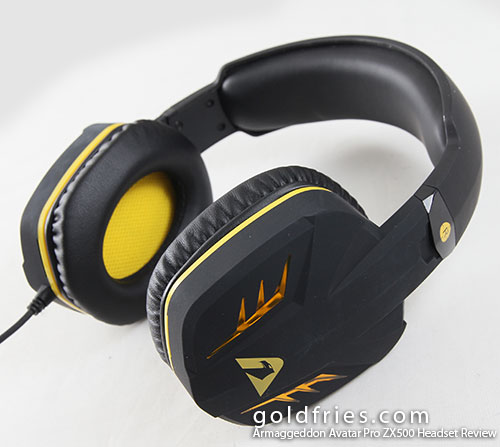 The ear pieces are not movable and cushion quality seems mediocre. 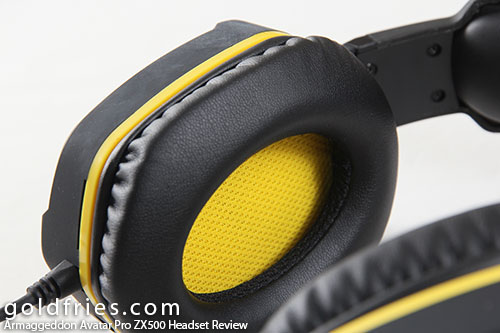 The ZX500 comes with a control dongle that functions as it should be the build quality leaves much to be desired. 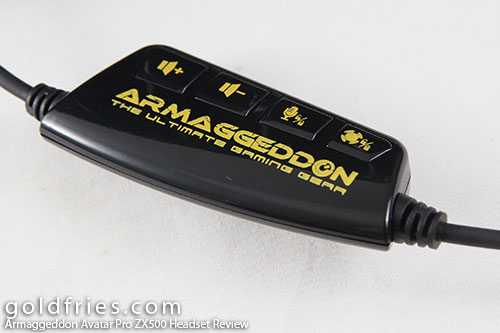 The ZX500 is very much a let down due to the nature of the headset itself. The force the head band applies is quite hard, add the fact that the ear pieces are non movable and the mediocre quality of the cushions, the ZX500 felt more like a torture device as great pressure presses the ear piece to your skull regardless how far the ear pieces are extended. This also means that the cushions do not cover your ears entirely so the noise cancellation is very much affected.

7.1 sound positing seems good but awkwardly I could hear positions from the rear arc well but not the forward arc. 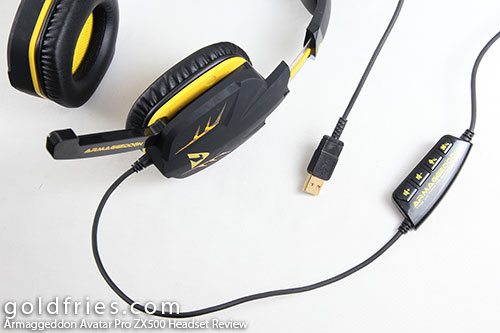 The audio signals are transmitted via USB, this means you can’t use it on mobile devices like phones and tablets. I think this is a bummer if you’re are using it on a system that is already quite short of USB port, like say a notebook with 3 – 4 USB port where the USB ports are already connection to other peripherals.

The ZX500 retails at RM 199 but even with the competitive price, it’s something I wouldn’t recommend.

It’s a pity as the ZX500 does have potential, especially the software that handles the sound output. I wouldn’t mind having to use USB port for audio if the delivery is great but with the uncomfortable pressure of the head band, the incomplete cupping of the ear piece and the very short dongle distance – the experience is much hampered.