It’s not uncommon that you’ve seen one card and you’ve seen them all, for example ASUS’s DirectCU II cooling design carries a common trait across their ROG and STRIX series graphics card but the TURBO range did create a “speed bump” in an otherwise routine release. What’s attractive about the Turbo is that it’s cooling system with a white shroud encasing the entire graphic card and the shape is almost as reference coolers, a very attractive one. 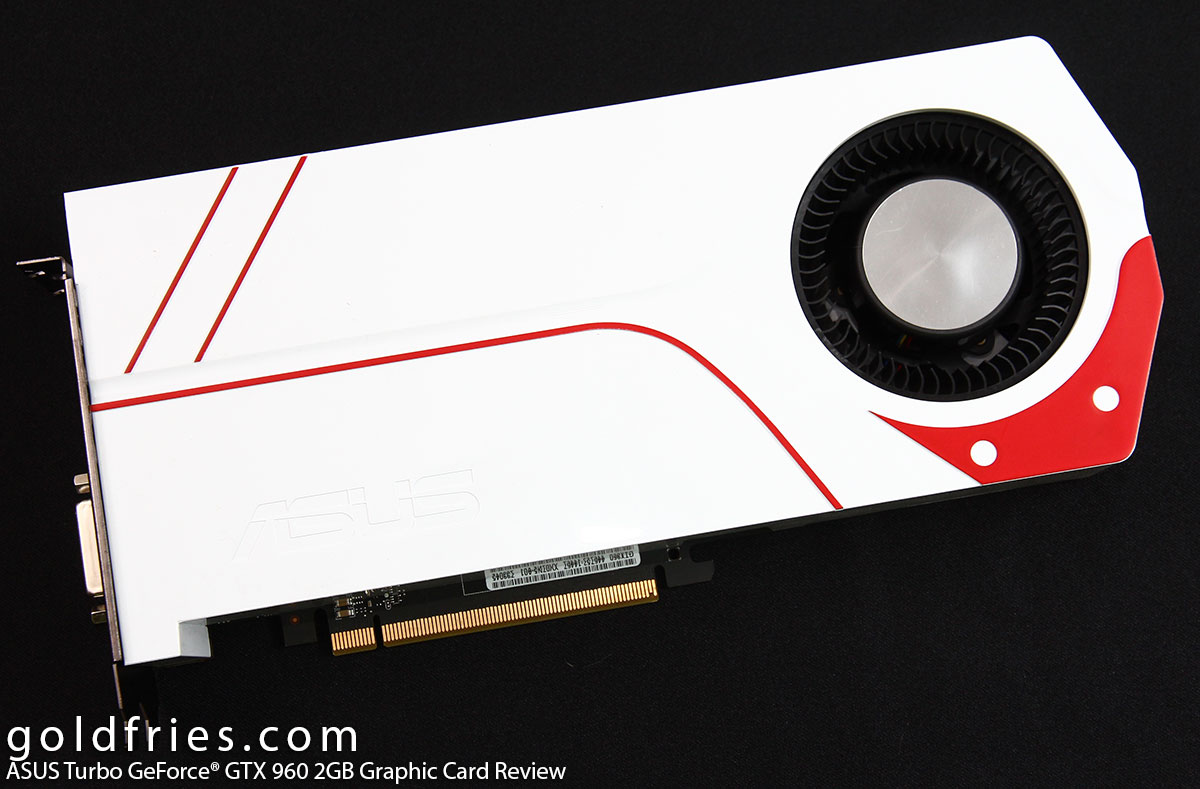 Here’s how it looks like from the top, notice that the PCI-E power connector is located away from the front, well that’s because the PCB is short. At the front, the shroud is closed entirely. The design is such that the blower pushes air all the way to the I/O area. Here’s the back of the graphic card. The plastic shroud is secured by 3 screws and a clip. 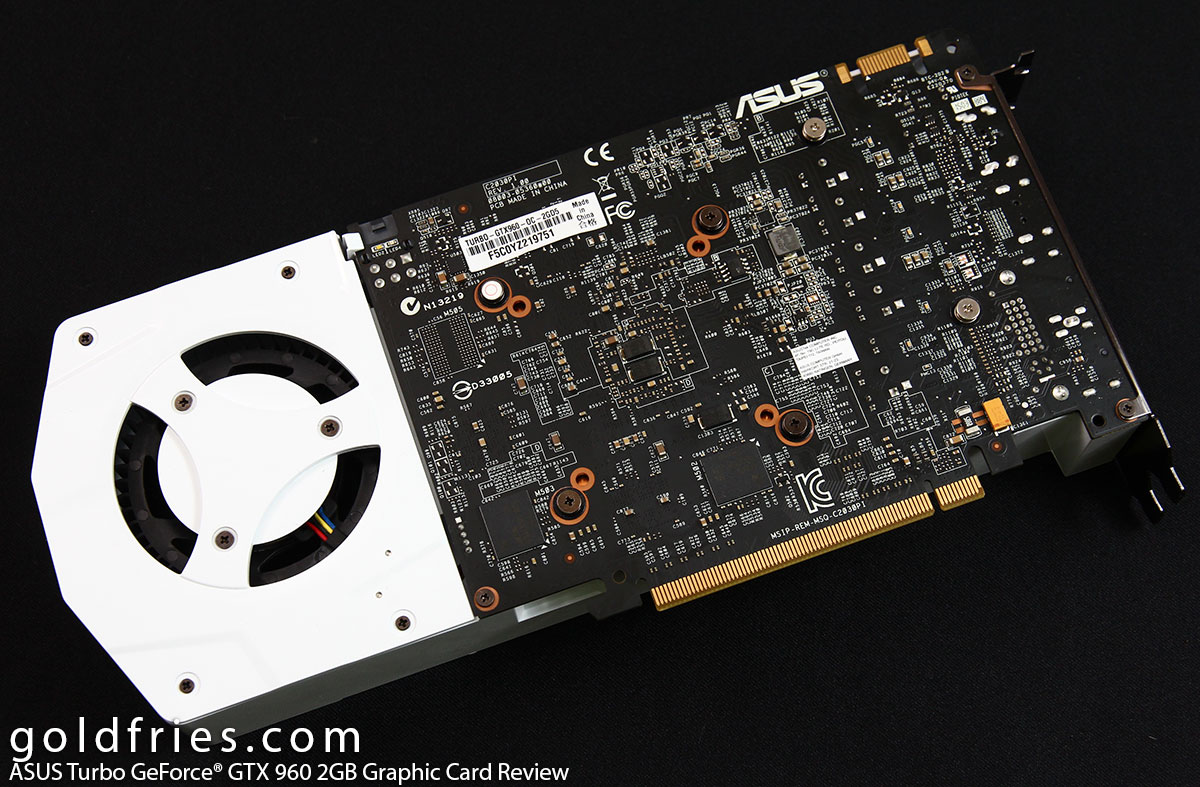 The blower fan is an additional piece that’s attached to the main piece of the shroud by 4 screws. 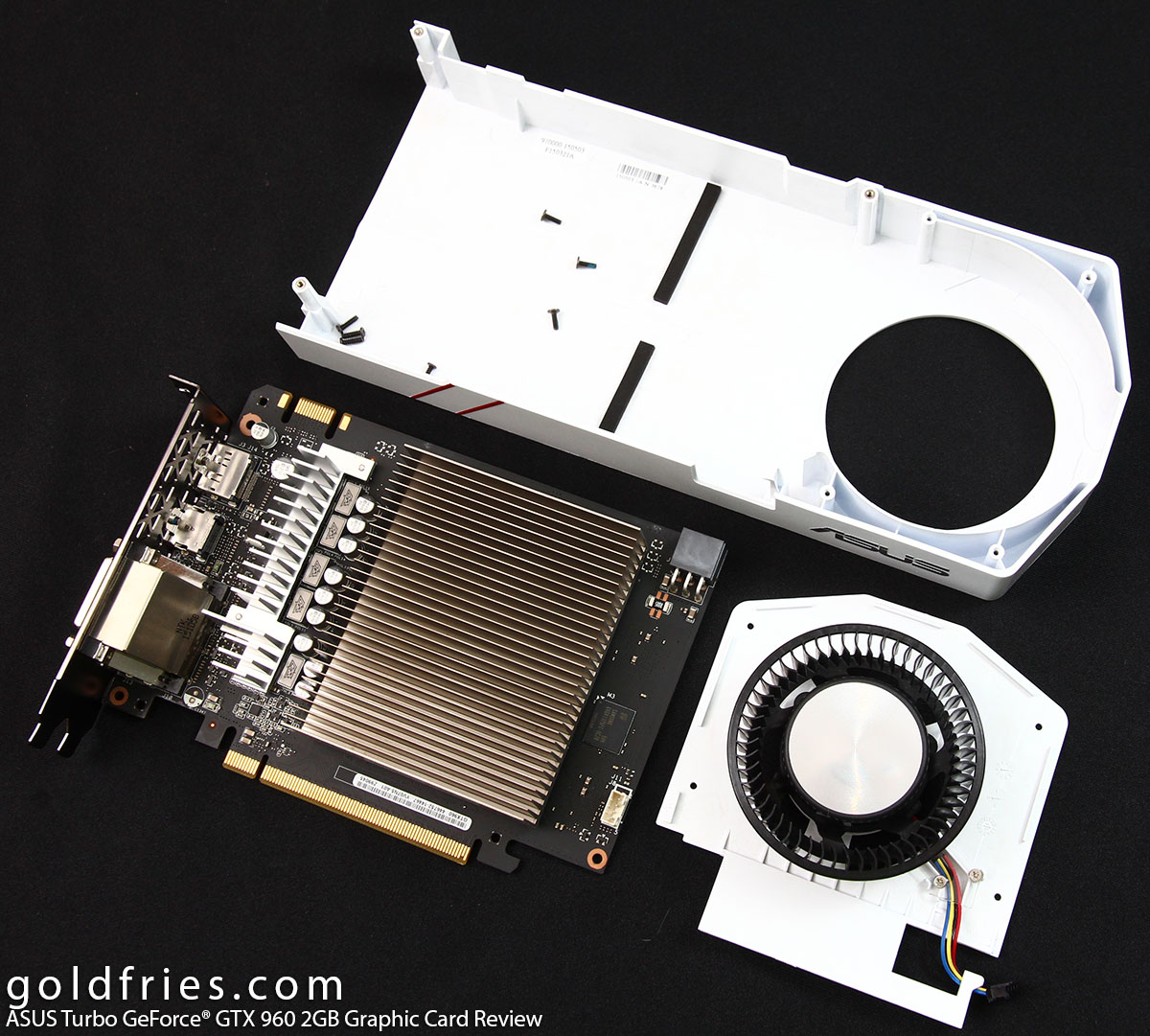 Here’s the graphic card itself without the shroud. 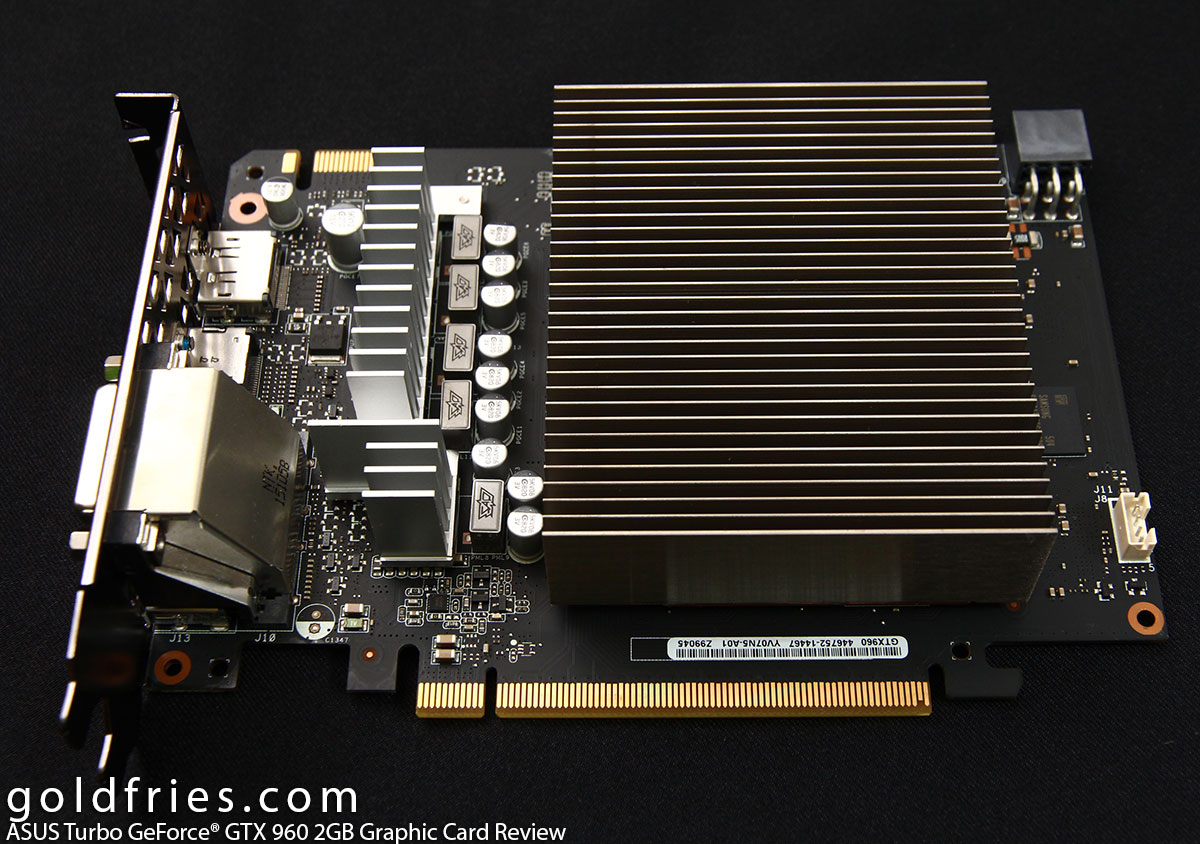 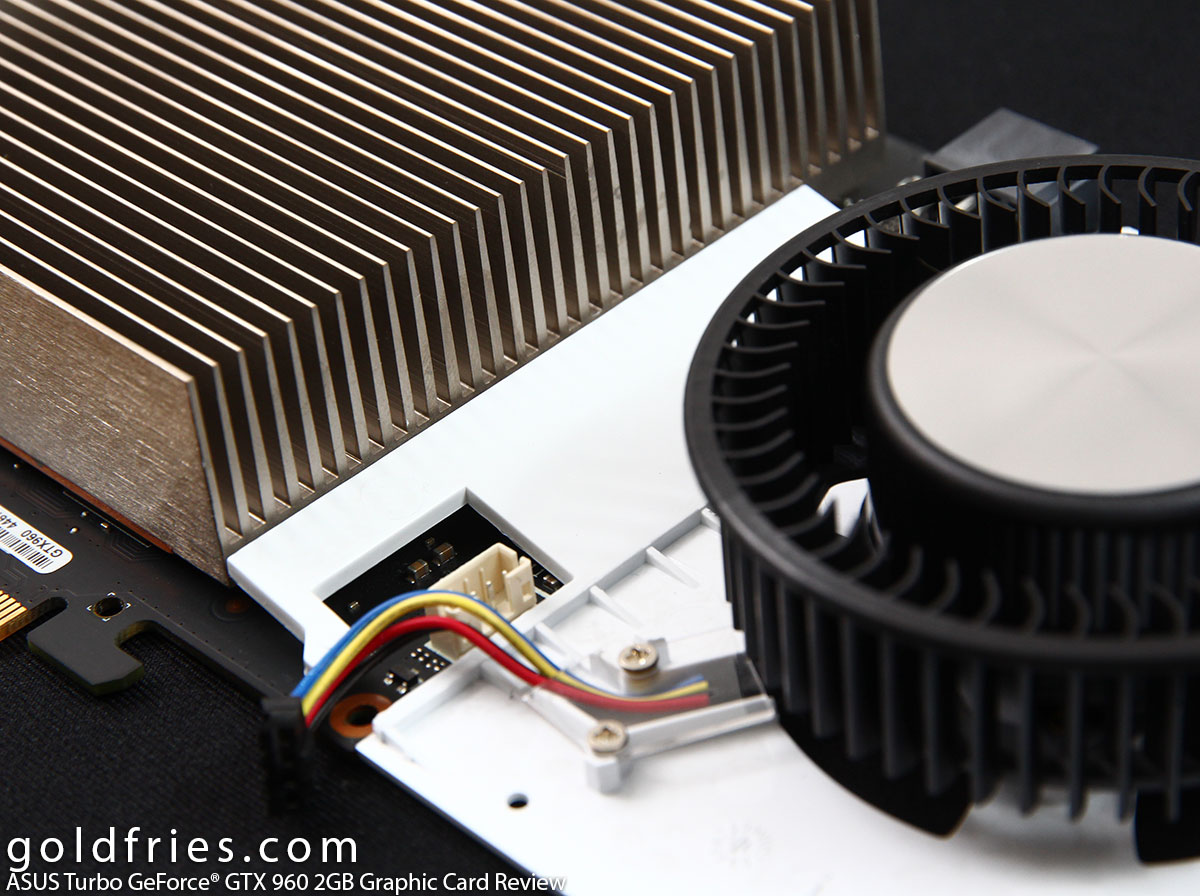 And lastly we have the I/O ports. 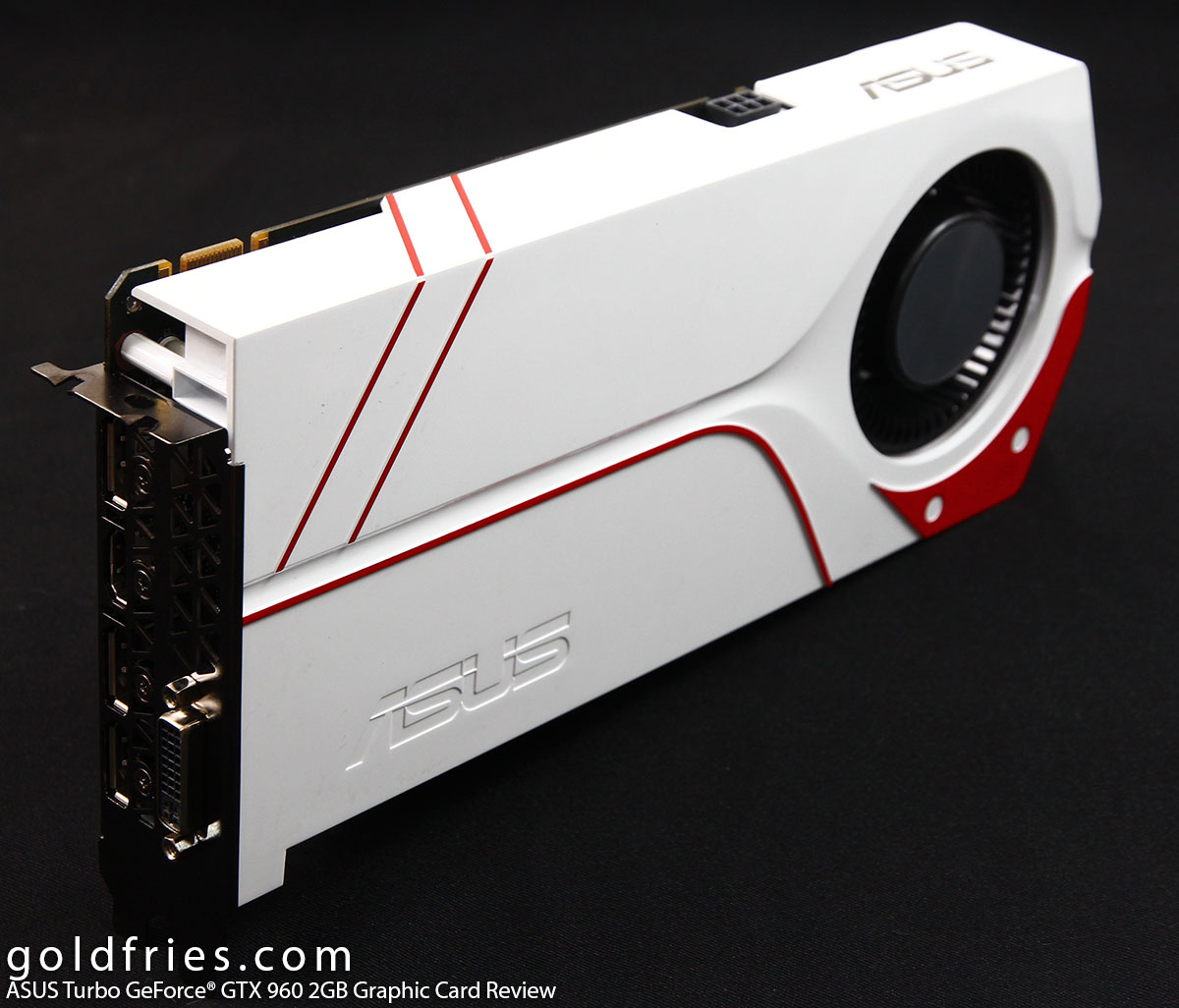 Here’s the GPU-Z reading of the card. 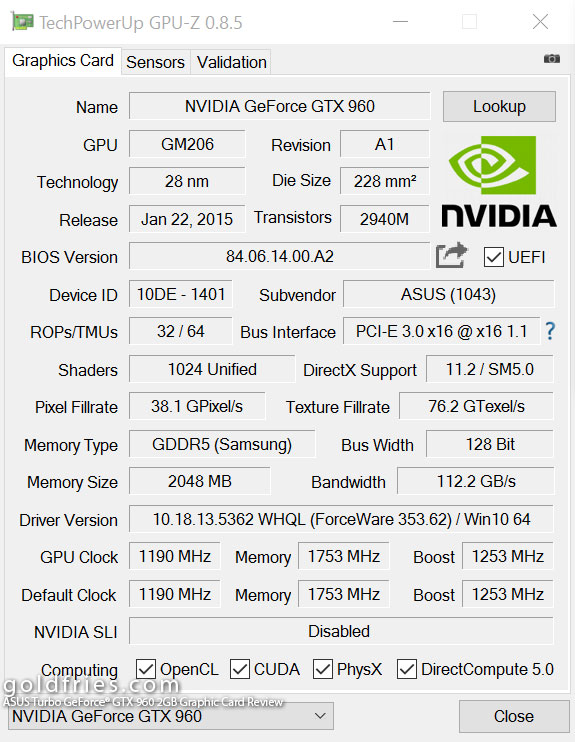 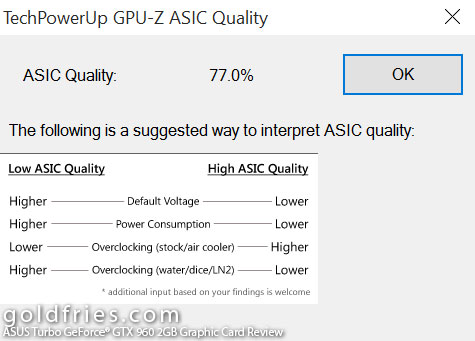 The GTX 960 Turbo was quite impressive when it comes to overclocking headroom.

The overclocking made no difference on games like Shadow of Mordor, I suspect this is due to the VRAM limitation but as for the other games there’s a general increase in performance with the boost in core speed.

The fan hovers at around 41% on AUTO settings where the audio level is acceptable, once it hits higher RPM the noise is like a hairdryer as expected from one with such design. Being of a plastic shroud that’s larger than the PCB and only mounted on 3 points, the shroud may rattle if improperly secured.

The power draw seems a little higher than expected but I don’t think it’s a cause of concern.

The ASUS Turbo GeForce GTX 960 2GB retails at RM 888, this special edition cooler looks attractive and being easy to dismantle means it’s great for case-modding and maintenance, the only downside being that it might rattle at certain RPM.

You’ll get even more performance out of the card if you are willing to put some effort into overclocking. I only wish that the card comes with 4GB VRAM setup, that’ll definitely up the ante when it comes to performance.