A few years ago when Asus was a new player in the field of Networking, I had the opportunity to try out a number of their products and I can tell you I really hated those products because of the User Interface. 😀 Fortunately for Asus (and myself), this is not the case today.

The networking devices from Asus have come a long way, and I’ve been continually impressed by their product range of which I reviewed their RT-N12HP and RT-N14U not too long ago.

The RP-N53 appears to be a simple device, the packaging isn’t something that shouts attention and neither is the product itself. 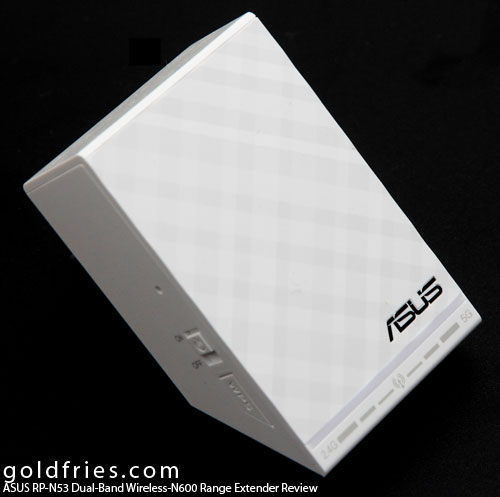 I must admit I thought the product would be a bore and didn’t put much attention to it until much later, that’s when I discovered how neat it is.

In the photo below, you’ll see that the RP-N53 fits into any socket that accommodates 2 pin connectors. The front of the RP-N53 is a rectangular white piece, that’s the LED light that you can use to light up whichever wall socket you have it placed at.

On the left is the ON/OFF switch and the WPS (easy WiFi setup) switch. 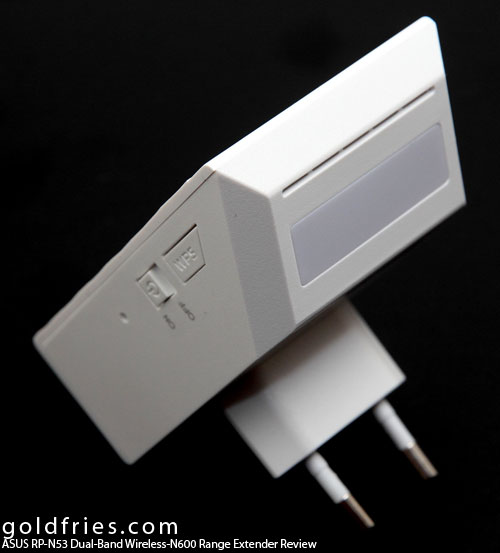 On the other side is the RJ-45 port (LAN) and the audio output socket. What? Audio output? Yessur, it is. 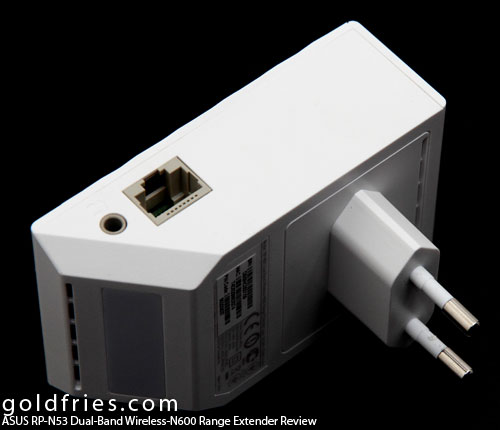 Setting up the device was easy, all you had to do was to connect to the WiFi signal and enter the URL as stated in the manual which is http://repeater.asus.com and you’re on the interface. No 192.168.1.1 or whatever IP based URL access required.

The interface is friendly. The beautiful part about this device is that it also comes with Internet Radio playback capability. All you need is to hook it up to a speaker and you can stream audio channels through it. 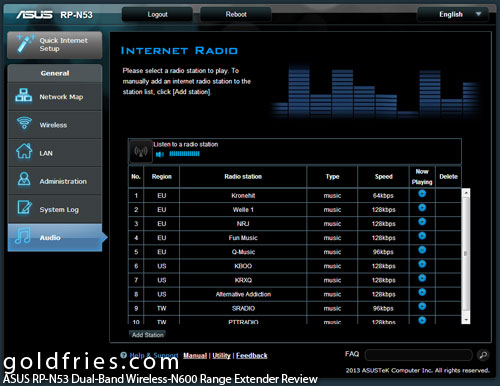 Download the ASUS AiPlayer and you could even stream audio from your phone to the RP-N53. How well is the stream depends on the file size, if you’re using high bitrate MP3 or FLAC then I don’t think you’ll enjoy it. I’ve no problem streaming MP3 that are 6MB in size despite being a few meters away.

The AiPlayer setup was easy, no BlueTooth required. It just connects, probably using WiFi but I wasn’t connected to the SSID that’s from the RP-N53. 🙂 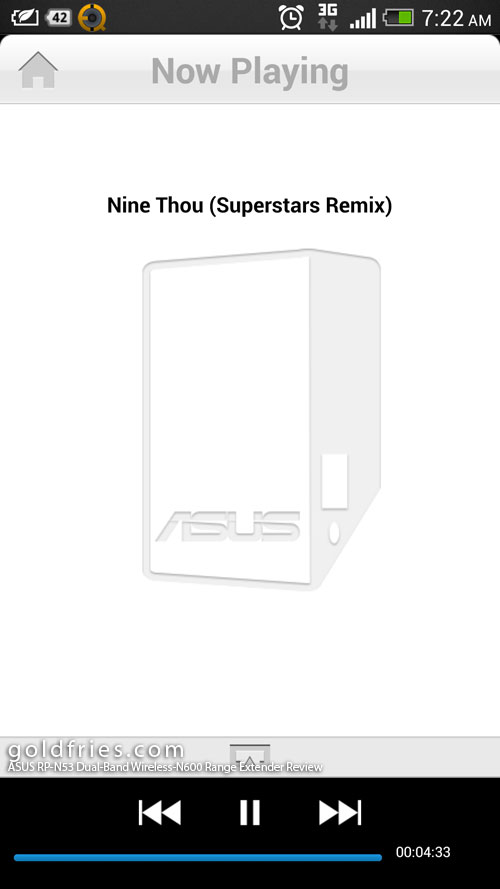 And regarding the audio playback, I’m afraid audiophiles would be disappointed. Even for the semi-audiophile like myself, I felt that there’s quite a significant loss in audio quality, likely due to the audio processor that’s on it.

My audio playback setup is a combo of the HTC One and a Beats Studio headphone. I have the Equalizer app installed to set the output frequency to my preference.

The AiPlayer on the other hand is not an equalizer. It’s a somewhat buggy file browser / audio playback software that transmit the data across. This bypasses the equalizer and audio processing on your mobile device. The volume and audio quality is entirely depending on the RP-N53.

Speaking of SSID – unlike the other repeater / extender I tried before that takes over the main router’s SSID, the RP-N53 creates a new SSD for itself.

The RP-N53 also responds to touch, and within the User Interface you can control the behavior of the device, as in how it responds to finger taps on it. 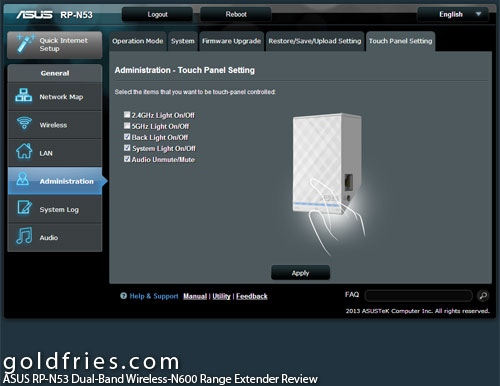 Here’s what it looks like with the LED on. 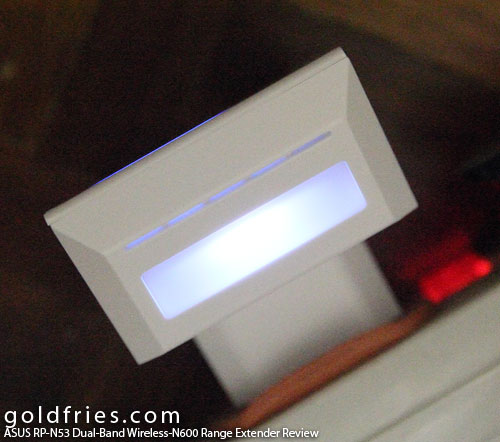 The RP-N53 handles both 2.4Ghz and 5Ghz signals. The top of the RP-N53 has an indicator on the strength of either signals. As you can see from the photo below, I’m getting full strength reading on 2.4Ghz but no 5Ghz signals. 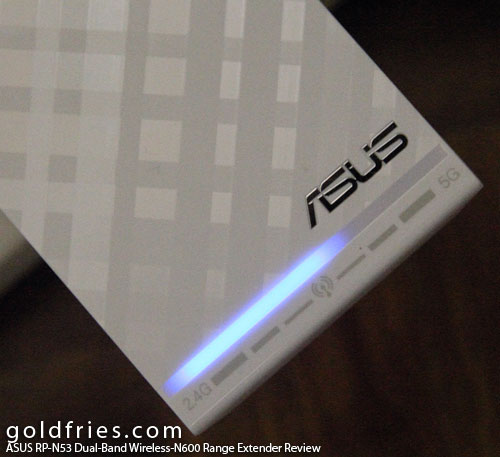 As for the connection, the image below shows my Speedtest results on Unifi (our local ISP) with direct connection to Unifi’s default router.

And the next image is the Speedtest result when I’m connected via the RP-N53. The strength of the RP-N53 was 1 bar stronger than my Unifi router.

I did other test conditions as well and just as any other repeater the key is to placing repeater is to find a location that bridges the gap between the device(s) and the router.

How could I not give this product a praise? It’s feature-rich yet it’s available for only RM 220.

Bear in mind though that you should identify the available power sockets in your home or office before heading out to purchase the RP-N53. And I think Asus should include a QR code or LINK on the User Interface and their Product Page to the AiPlayer app.