It’s just barely a quarter since goldfries.com reviewd the
Asus Fonepad (ME371MG) and now we already have the Fonepad 7 with us. 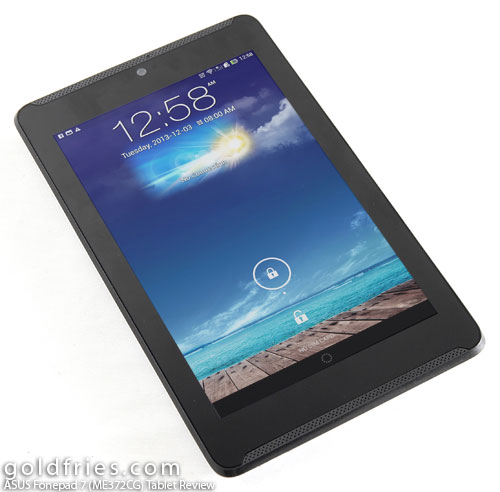 Unlike the previous Fonepad, the Fonepad 7 follows the design of MemoPad Smart 10 where the back bezel is of a glossy white finish.

It’s so white, I had to under-expose the photo a wee bit just to show the details like text and buttons. 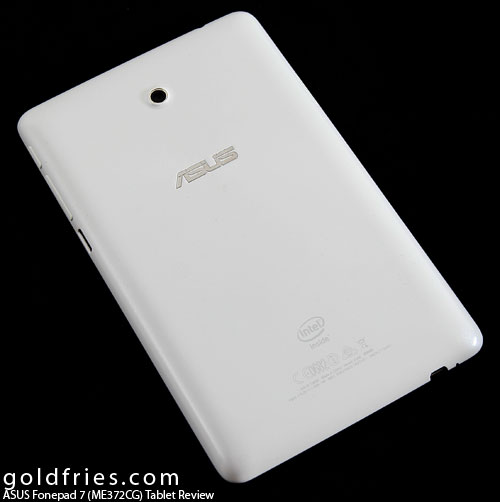 The lock / power button, volume and MicroSD slot are seen here, with the Micro SIM slot on the other side. Unlike the previous Fonepad, the SIM card requires you to use a pin to open the SIM bay. This is like many new phone these days where removal of SIM card is impossible without a pin. I very much prefer the previous Fonepad design where the cap is at the top of the tablet. 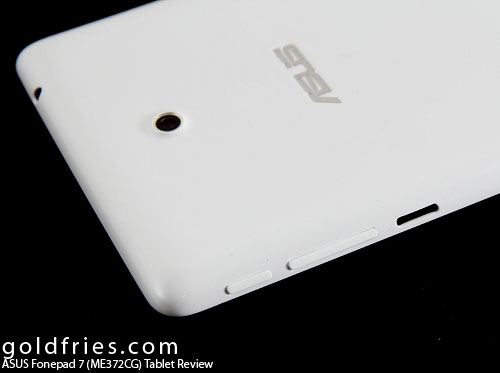 It’s not surprising Asus decided to have a one-piece back bezel instead of what they did for Fonepad, Asus went ahead with front facing speakers at the top and bottom of the tablet, this means the speakers will be on left and right on the tablet when in landscape orientation. 😀 One-piece bezel gives it symmetry, so you won’t be holding 2 different materials on the sides. 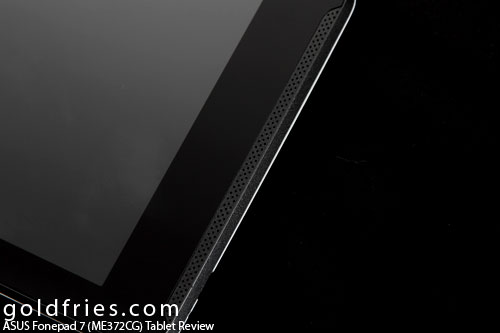 For the numbers geeks out there, eat your heart out. 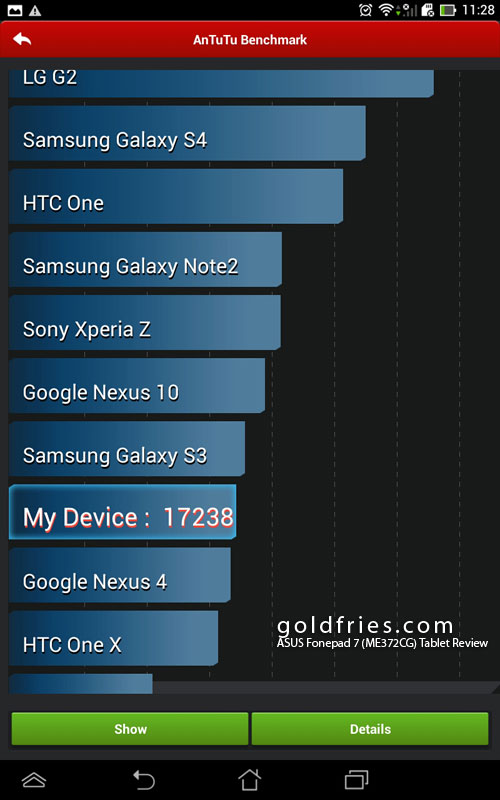 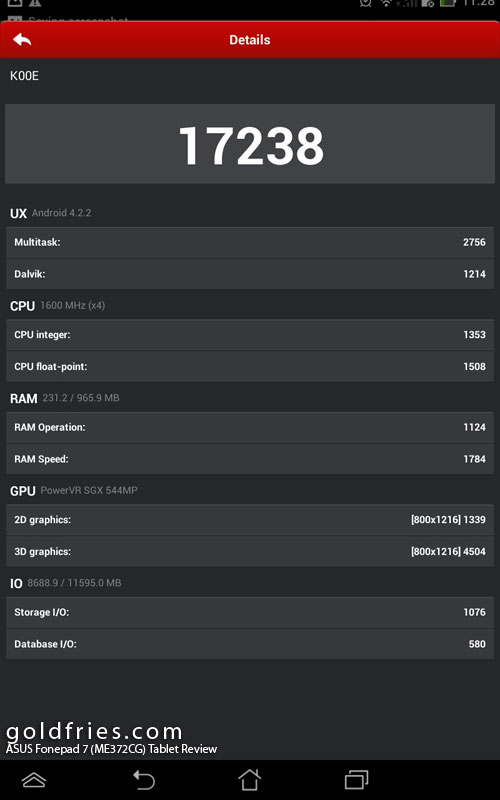 I love the screen and the battery life, I could spend hours on Bejeweled Blitz with no issues. Last I checked, 5 rounds of the game took only 2 – 3% off the juice. That’s really good, considering it’s on a 7″ screen. The screen looks great too, continuing the Fonepad tradition of using IPS panel for the LED display.

Gaming experience wise, it’s as what’s seen on the Antutu Benchmark above. The tablet improved a lot but don’t expect it to be great, the gaming performance is no where near my HTC One but that’s not surprising, considering the specs are quite a gap apart.

I wasn’t pleased with Fonepad’s phone speakers, as in that it doesn’t sound that clear when I’m on conversation but the Fonepad 7 does show improvement. I know, I’m probably pampered by my HTC One but that’s another story altogether.

The Fonepad 7 is a worthy successor of the Fonepad, that’s for sure.