By: goldfries
In: Event, Tech News

The roadshow began today, 2nd October 2014 at KB Mall of Kota Bharu, Kelantan. This is the first time a PC Modding event is held in this northern state of the east coast of Malaysia. 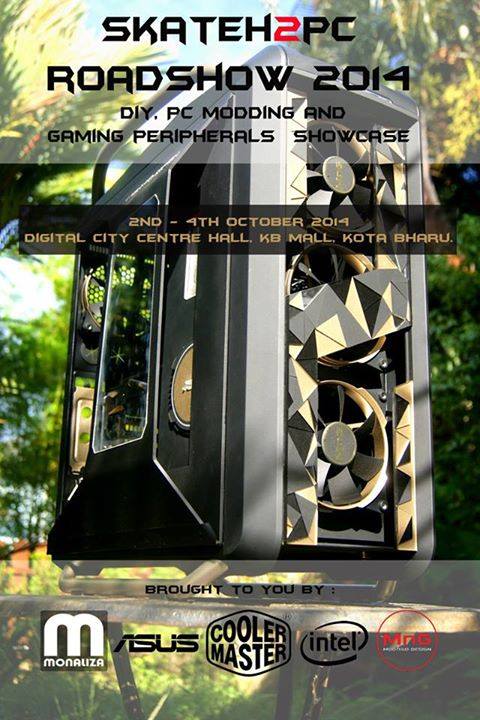 Many brands are in support of this event, we see components from ASUS, Cooler Master, AeroCool, BitFenix, NZXT, FSP, ThermalTake, Corsair, AVF and the list goes on.

Case modding and computer components are my passion, Kota Bharu is my home town – all are great reasons for goldfries to participate in this event.

Guess which one are my babies? 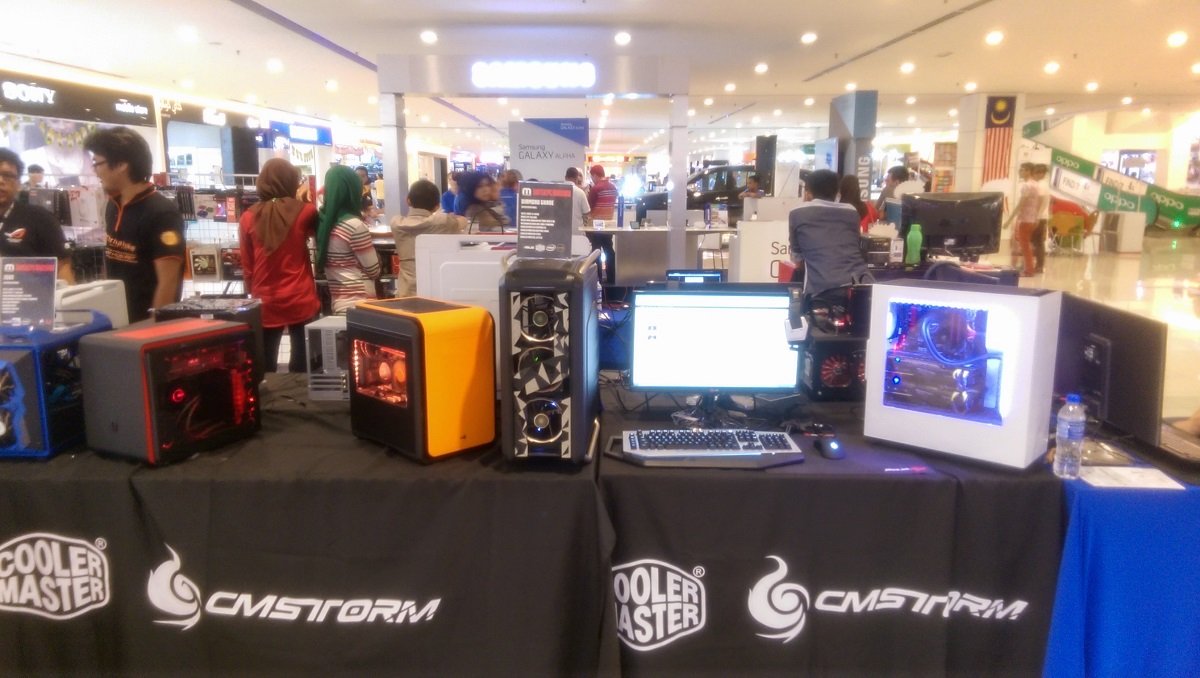 For those interested, below are my demo rig specs. 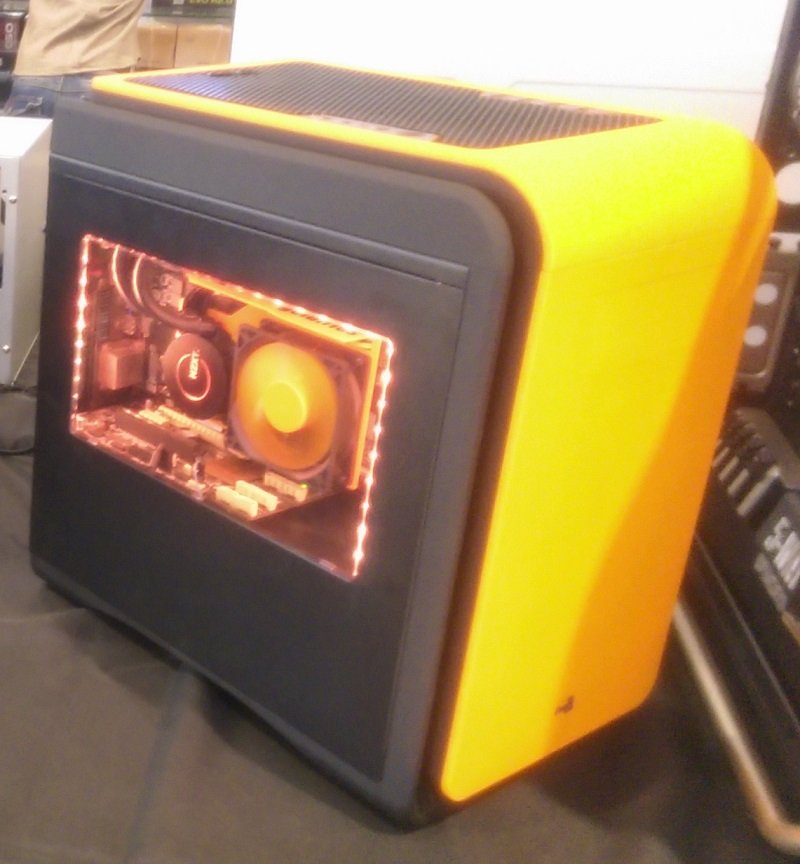 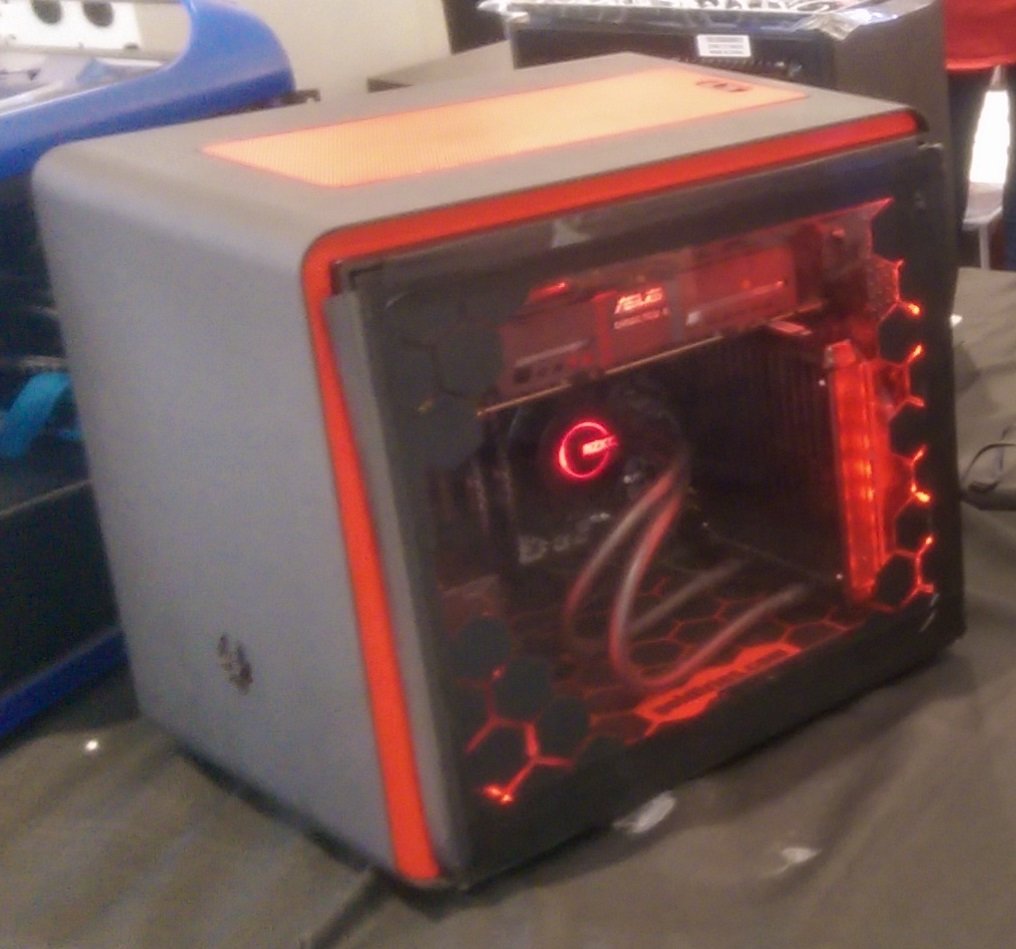 *For the record : All items are from goldfries’ lab. Not a single component were loan units. 🙂

It’s great to see events are being held to introduce the art of case modding to consumers.

The SKATEH2PC event will be on-going until 4th October. Those of you in Kelantan, do check it out!