Some devices do make you wonder why they saw the light of day, the Acer Liquid E3 is one of them. 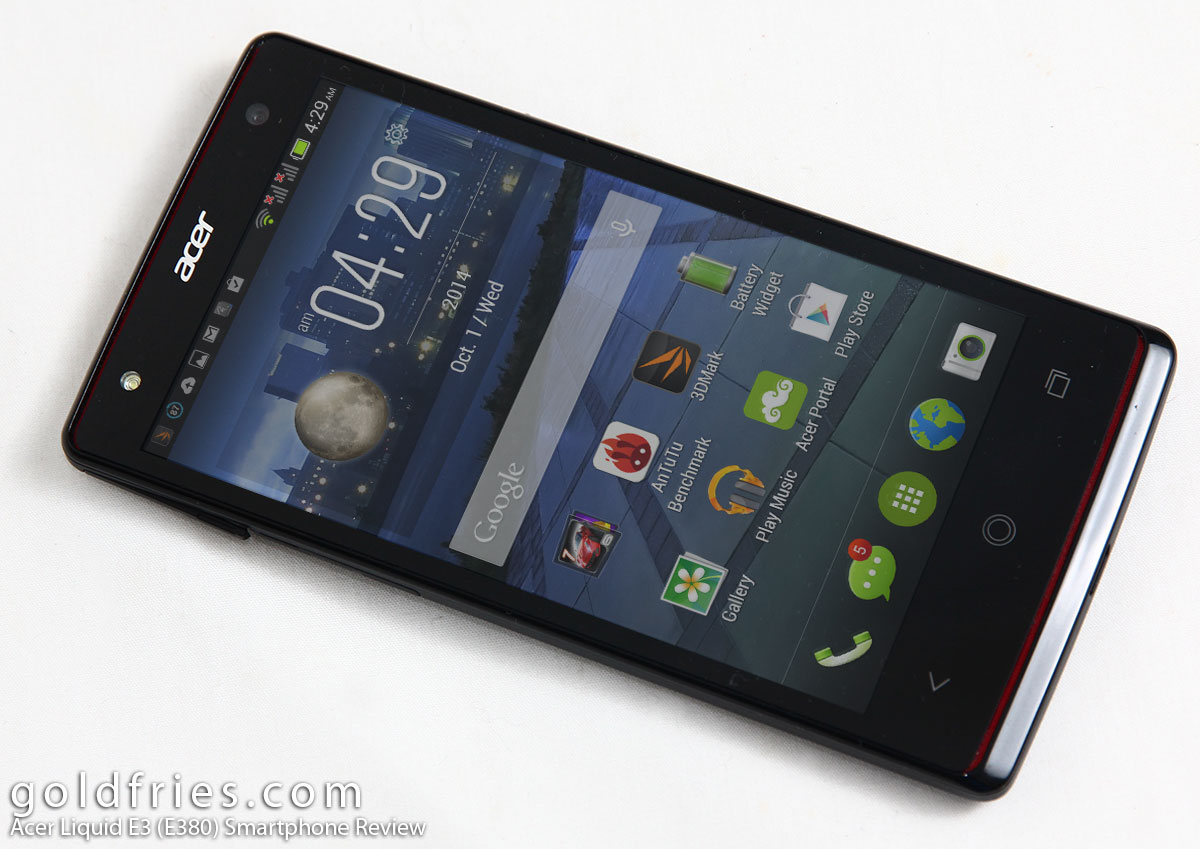 As you can see from the above, the phone’s bland design doesn’t call out for attention, not a single bit. The Liquid E3’s battery is not removable thus the cover stays put. 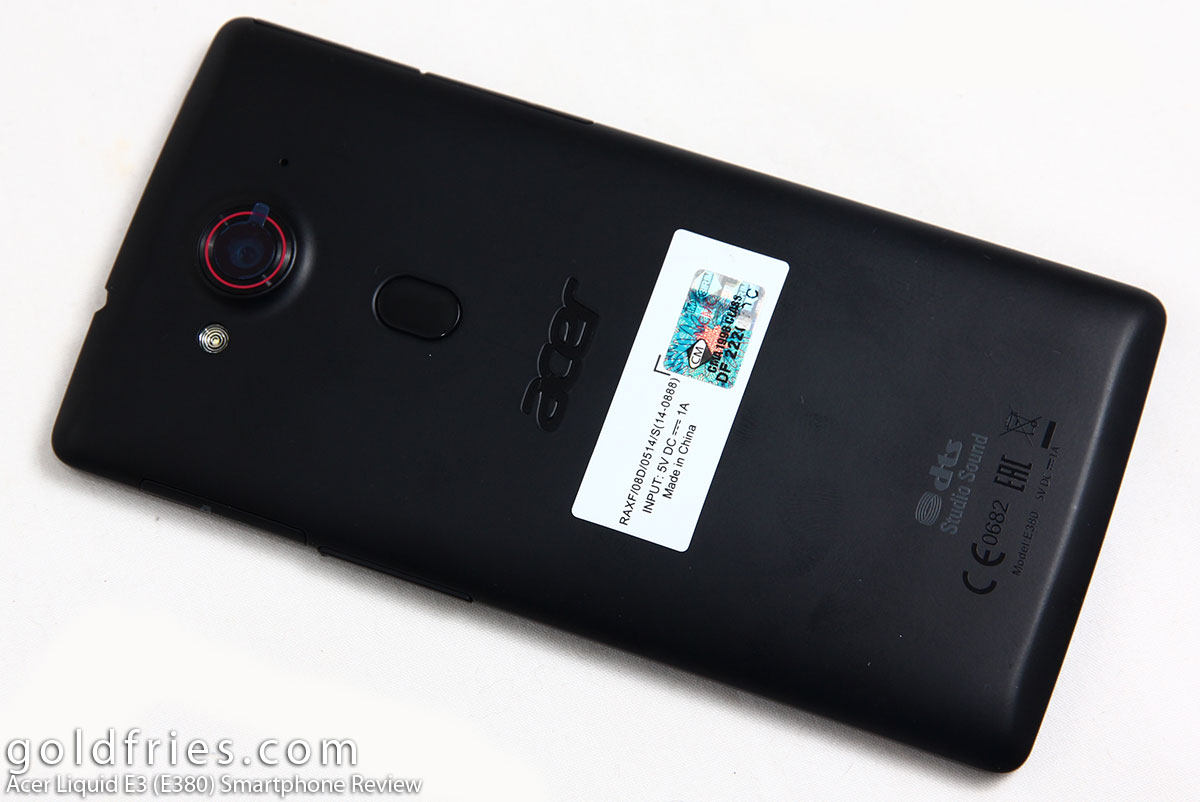 Before I proceed further, a little bit about the specs.

The following images will give you an idea on the button placements. 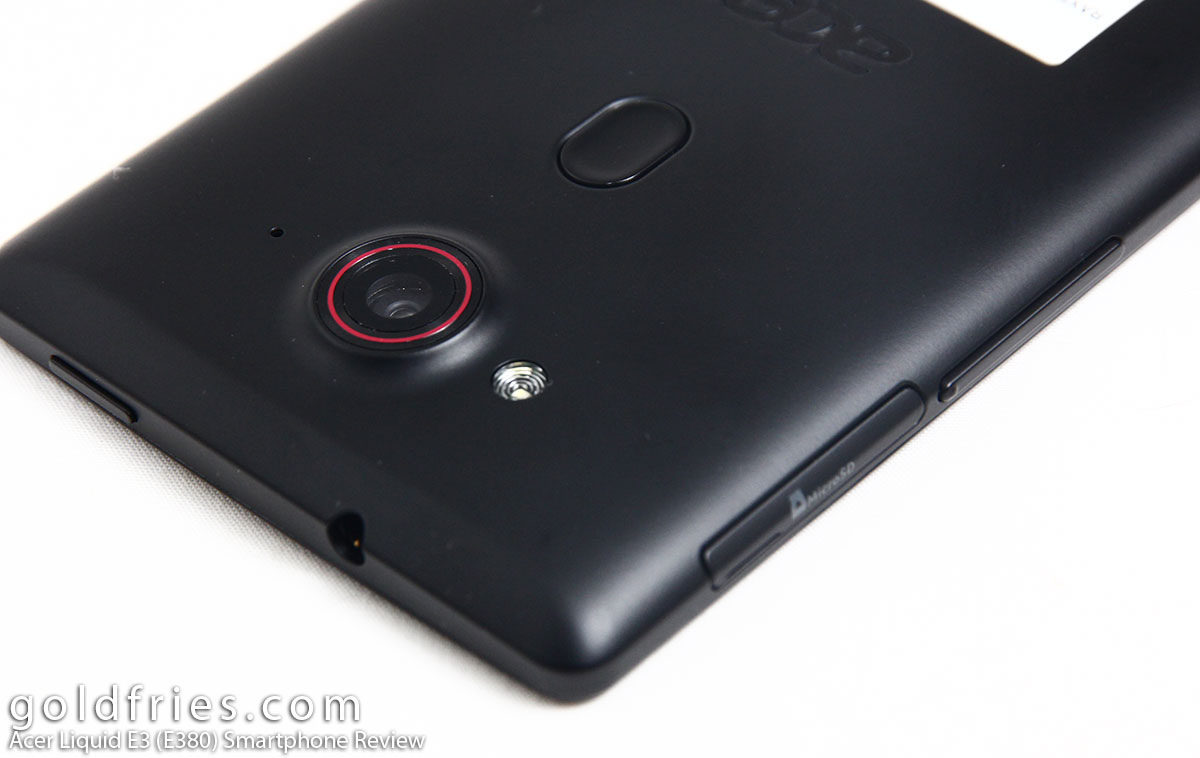 There’s a button right under the camera lens, that is a shortcut button but I’ll talk about that in a bit.

While numbers aren’t something you can easily gauge performance from, it’s a good way to know how it fares against familiar models.

First up is the Antutu Benchmark. 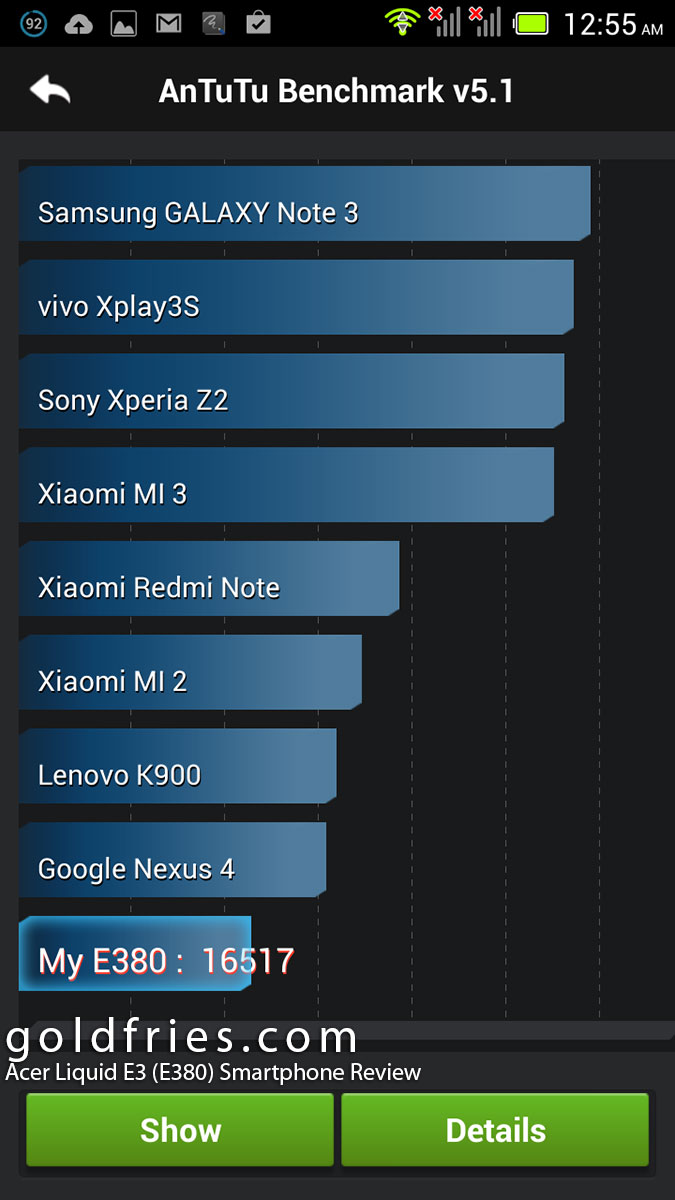 Next is the 3DMark Benchmark.

I had a bad start with the Liquid E3, it took me some 5 minutes just to get my SIM card locked into place, it refused to lock regardless which SIM slot I used. Somehow the phone finally gave in to my persistence and I got it up and running.

Based on the benchmark above, you’d probably know it already – the phone isn’t a great performer. I tried Asphalt 7 that’s an old game and it was so sluggish that gaming performance was unbearable. The phone was quite well in the audio department and the IPS screen was decent but the Mediatek processor doesn’t help with the experience.

While figures for the battery isn’t available, the phone lasted quite well as it drained around 5% of the battery with 10 games of Bejeweled Blitz. Call quality was pretty good too, voice was clear and crisp.

The photo’s output was pretty good too, this image was taken in low-light and enhanced in Photoshop. It also comes with the function to create presentation from a series of photos. The settings were pretty neat too, though it’s quite noisy at ISO 1600 but that’s not unexpected. 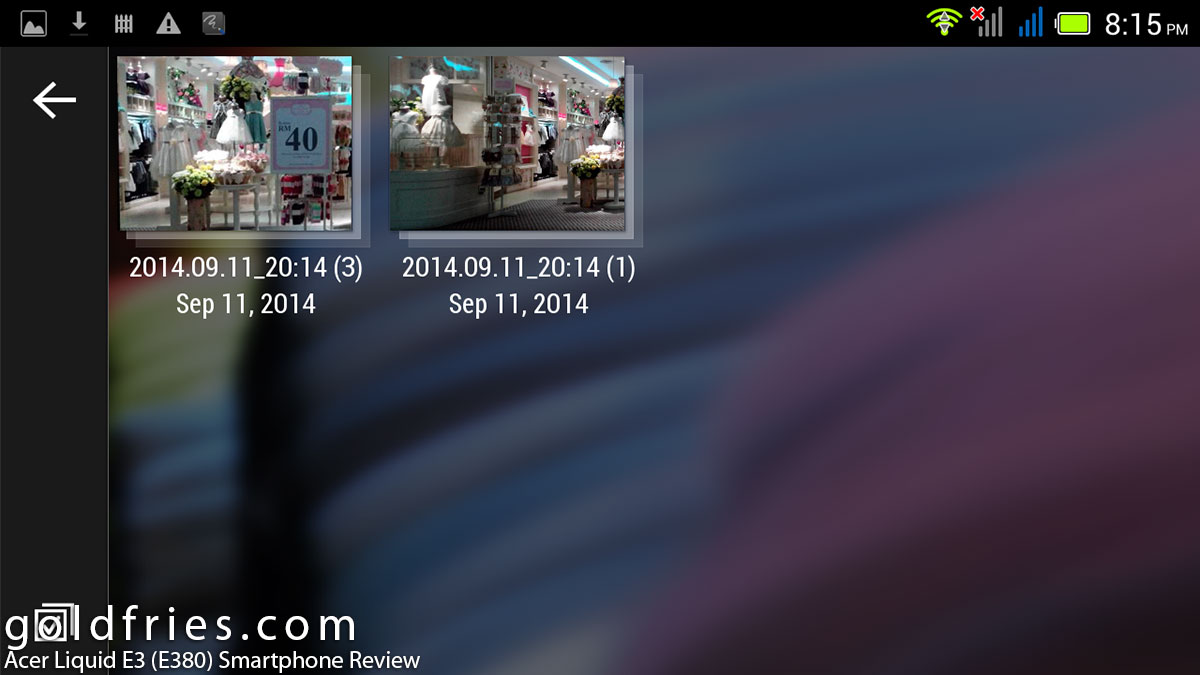 The camera seems good but it isn’t, what annoyed me like silly was the 0.4 second shutter lag. This means if you were to press the shutter at 10.0, it will only capture the image at 10.4. How bad is it? That means your subject that’s looking at you would’ve looked away or had blinked their eyes by the time the camera registers the image. Put it simple, I can’t live with a camera like this and so far this is the only Android mobile phone that I’ve been so disappointed at the phone.

As for the button at the back, from what I understand is that it’s a shortcut key and by default it opens the Music App and it can be set to open other apps. What I didn’t like was that a single press of it would unlock the phone, of which I think sucks big time.

The Acer Liquid E3 retails at RM 799, which is an exceedingly high price to pay for one with Mediatek processor, 1GB RAM, 4GB storage and horrible camera shutter lag. The IPS screen alone is not enough to give it a merit.

For RM 499 there’s the Huawei Honor 3C – better performance and build at a fraction of the price. It comes with removable batteries and 2GB RAM.

As you can see, the Acer Liquid E3 does not come close to any of its competitors as you are able to get a better phone at the same price, or get something of a similar performance at far less.

Horrible product is horrible. I think Acer should just focus on notebooks.