The BenQ F5 is 4G LTE capable Smartphone that is powered by Qualcomm Snapdragon 1.2Ghz Quadcore Processor and it runs on Android KitKat version 4.4.2. 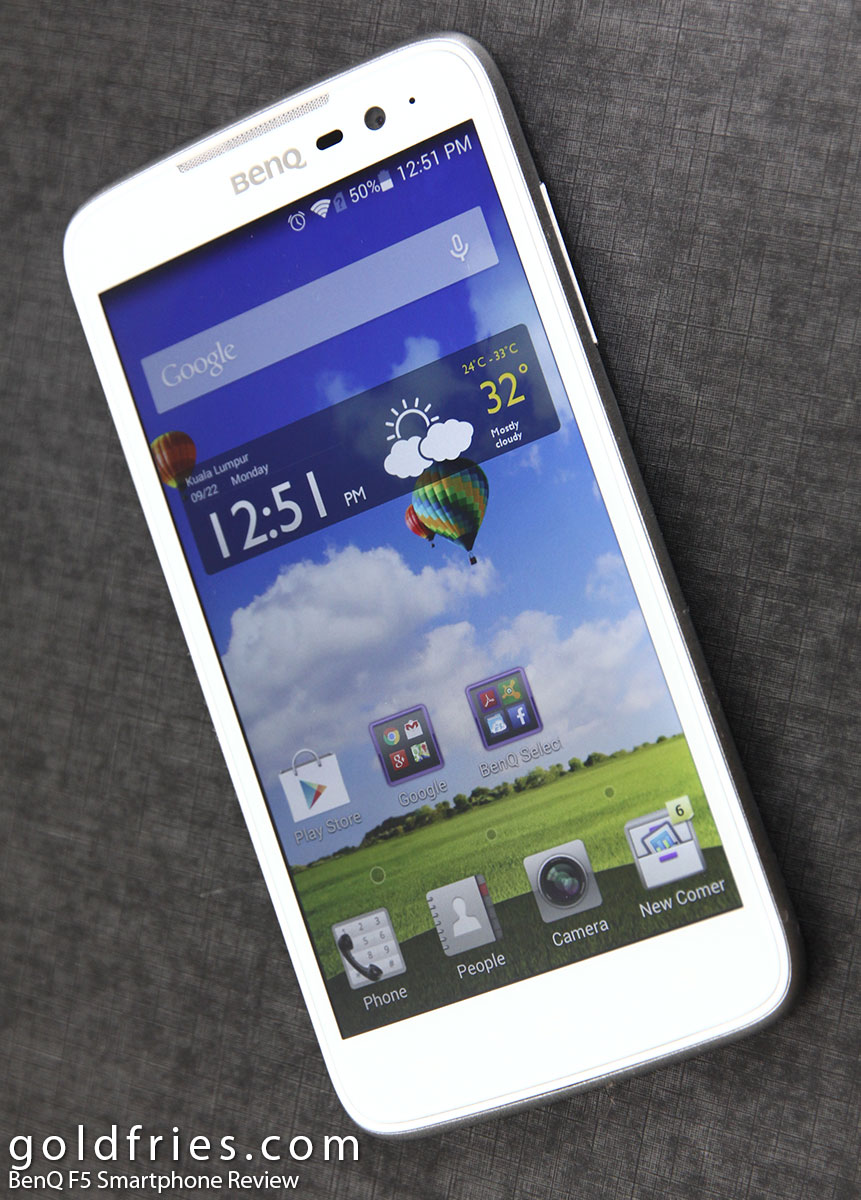 It has 2GB RAM, 16 GB storage space and it has a Micro SD slot for storage expansion of up to 64 GB.

It sports a 5-inch screen with HD resolution, it uses IPS panel and being a BenQ product, it also features the Low Blue Light technology.

As for the imaging department, the BenQ F5 has a 13 megapixel camera with f/2.2 aperture, and it uses Sony Exmor sensor for great low-light performance. 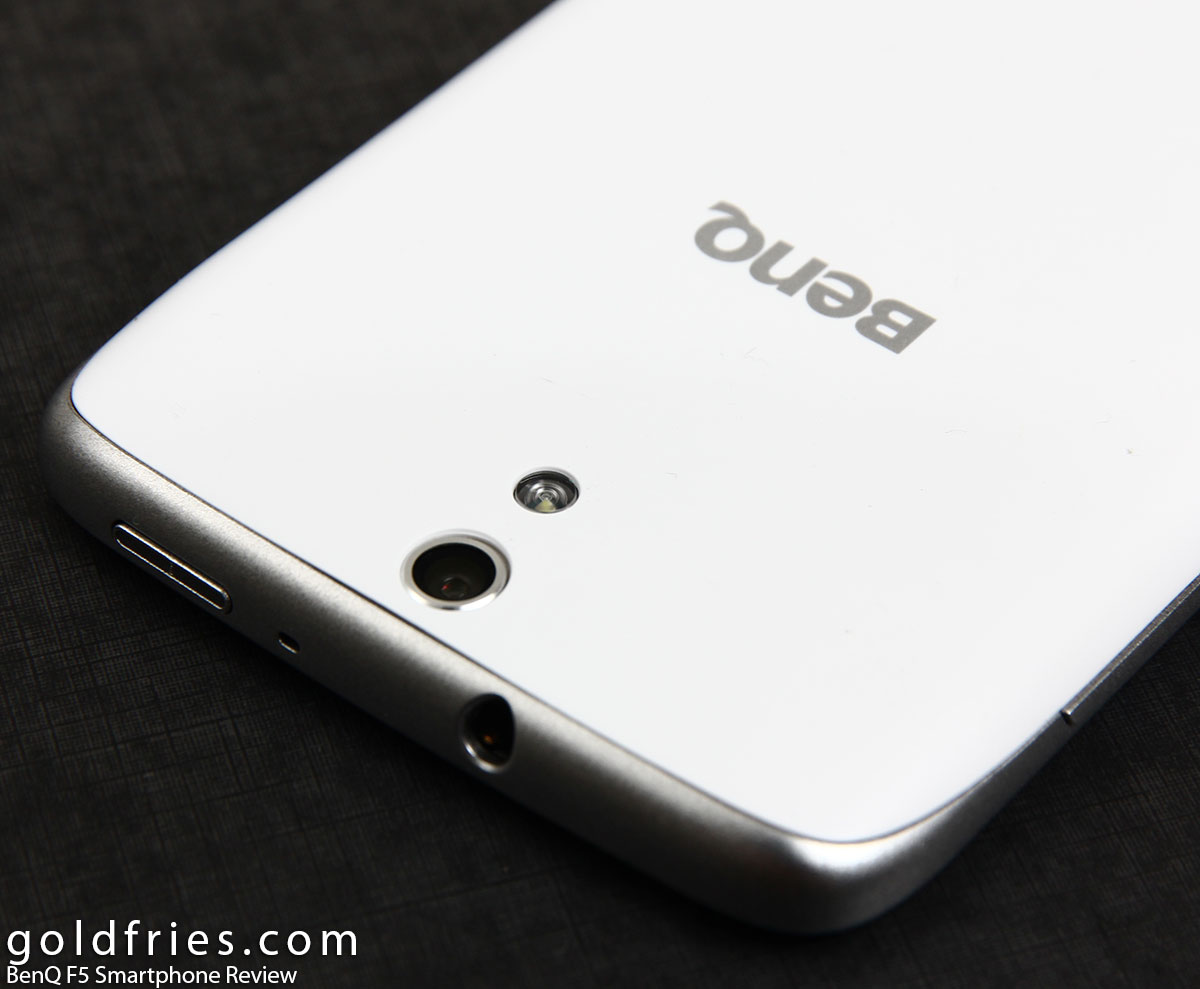 The F5 comes with a 2520mAh non-removable battery that’s housed behind the silver enclosure. 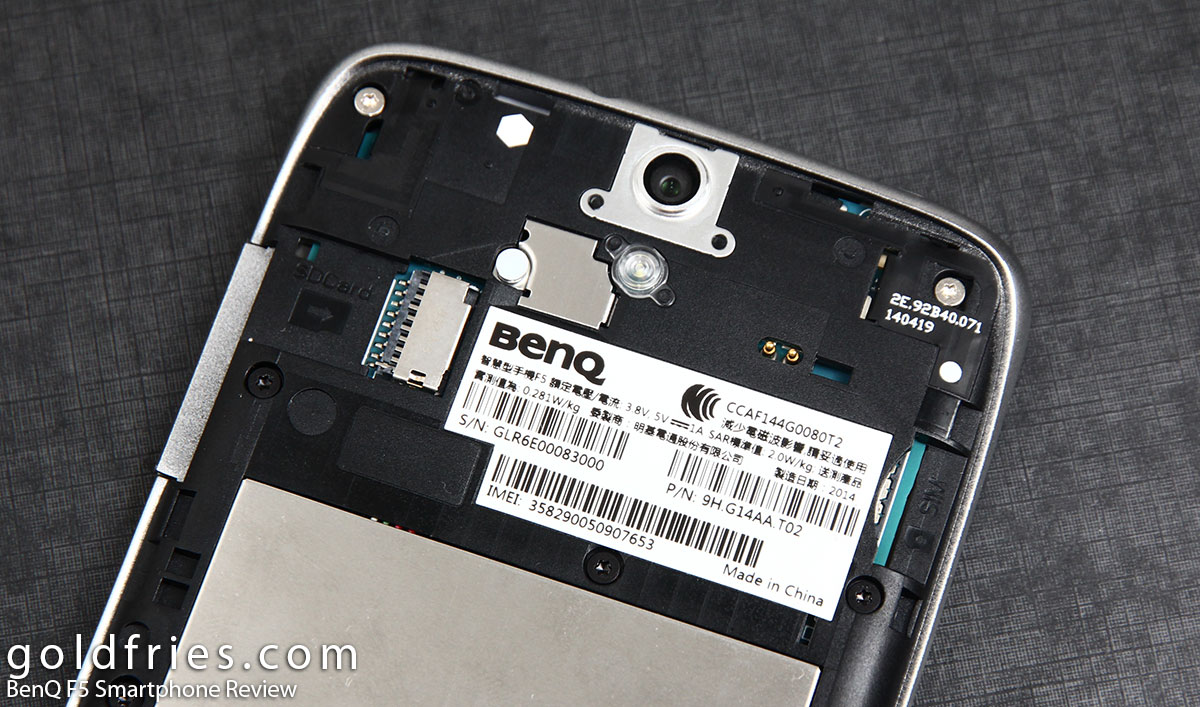 The phone was impressive right from the start. Let’s jump to my favorite part about the phone – the camera!

I’ll just show a few of the key shots I took during the test-drive weekend.

Let’s start with colors – the camera picks up colors very well, and it manages to capture the details even in dark areas when all else seems bright. 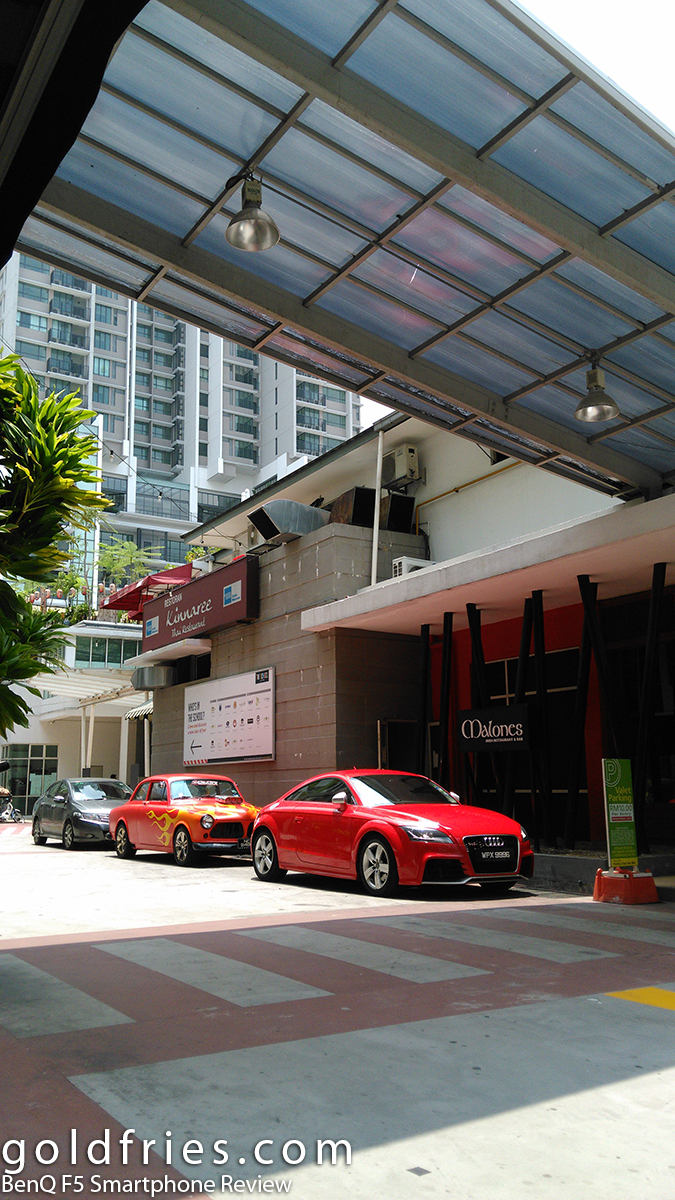 Here’s a photo of my lunch, all I did was brighten it a little and cropped. 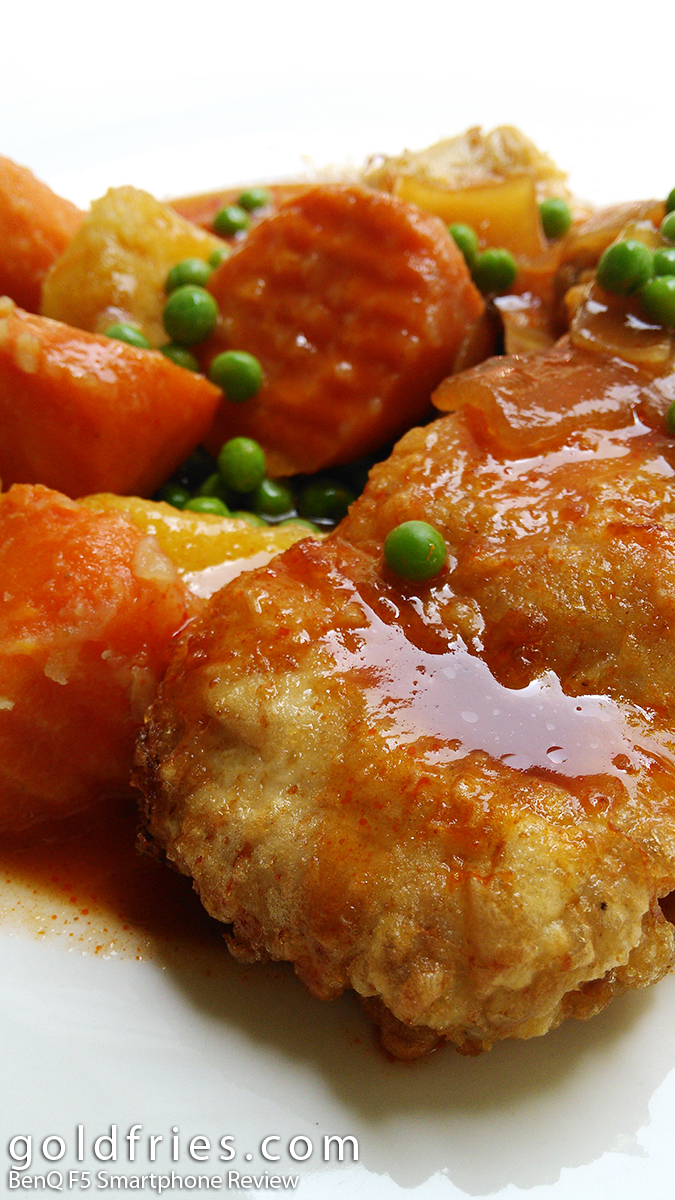 Like things up close? Here’s a close-up of what’s left of my drink. 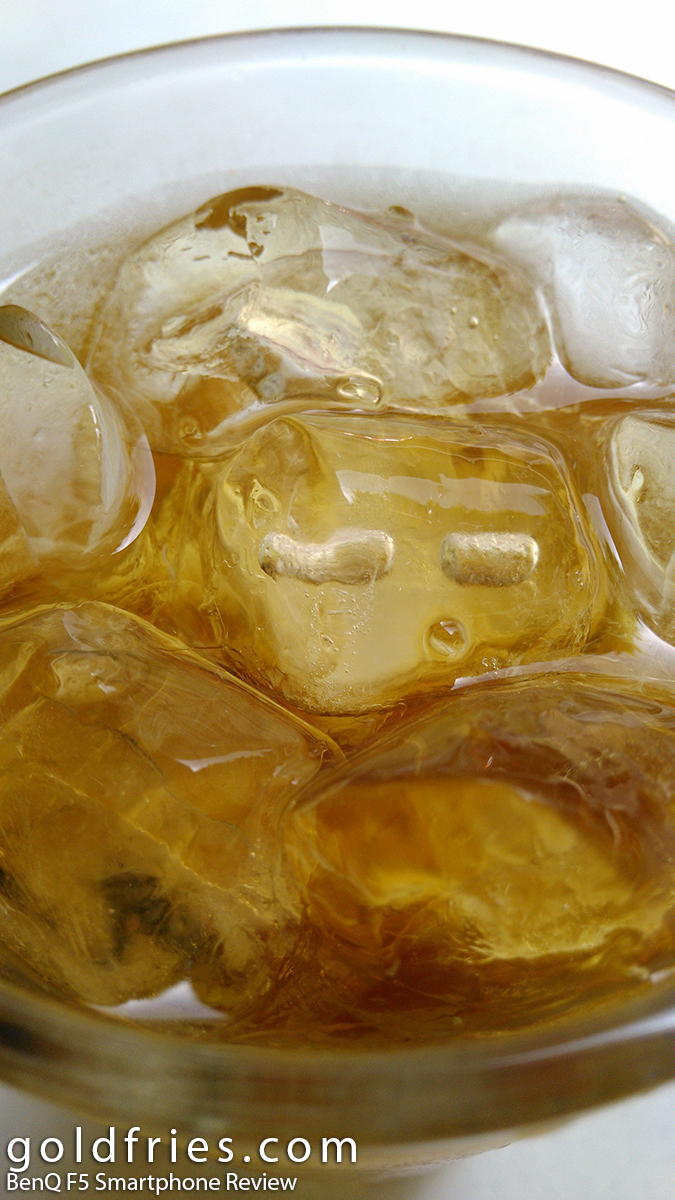 The phone also works great at low-light. Here’s a night landscape photo with the camera set to AUTO. If you’re desperate to get a photo regardless of how dark it is, you can try the Ultra Sensitive mode that pushes ISO up to 7500, at least that’s what’s written on the EXIF data. 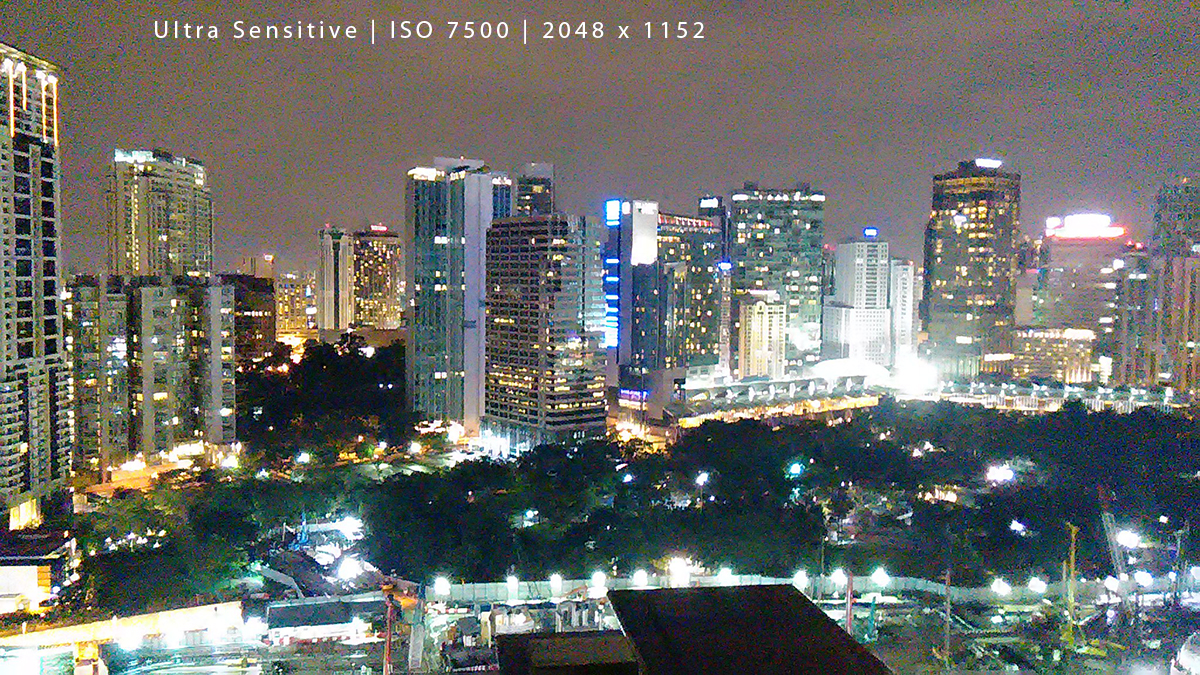 Neither one looks good? Try the HDR mode. 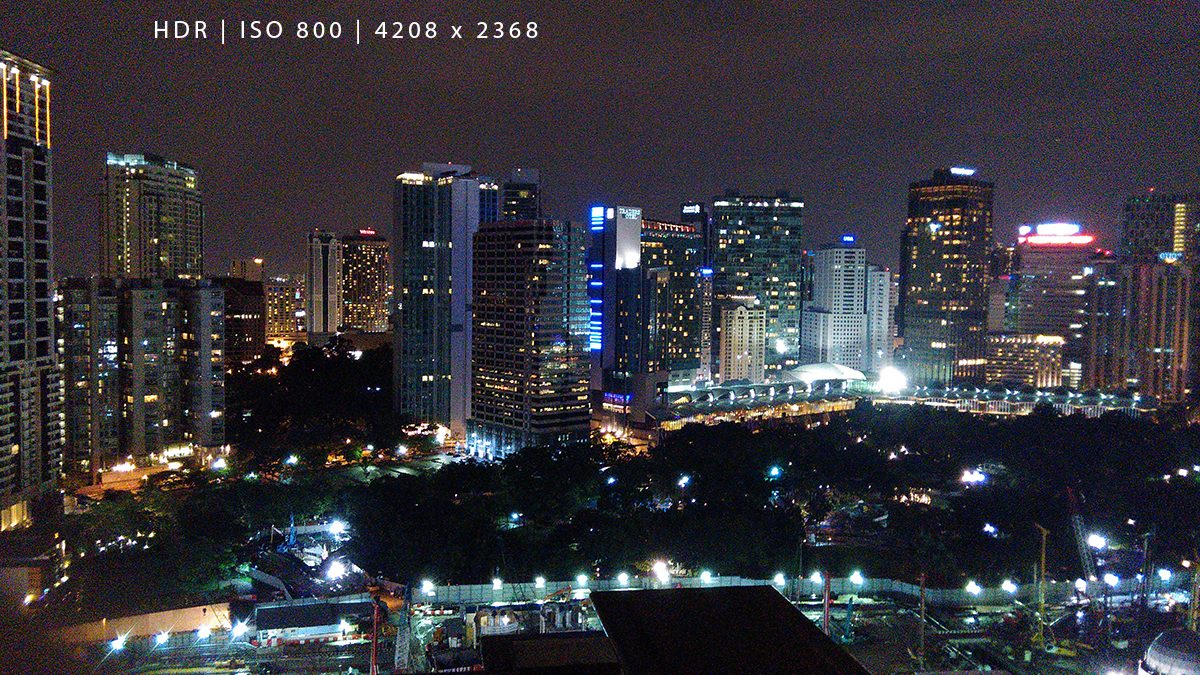 Photos aside, the phone works great but I’m not publishing any benchmark results here as the review unit was the Taiwan version with 1GB RAM and NFC, the model for Malaysia comes with 2GB RAM but no NFC. That said, it was a quick test weekend so I wasn’t able to test the LTE capability either.

Here’s a video for the BenQ F5, you’ll see the gaming performance in this video.

Despite the 1GB RAM of the test unit, the phone wasn’t the slightest bit sluggish at all.

The battery life was good where 10 games of Bejeweled Blitz only saw a battery drain of only 5%, it’s just too bad that the battery is non-removable. The audio output was sufficiently loud but it’s disappointing that the speakers are placed at the back.

Another thing I like about the phone is the backlit Android buttons. 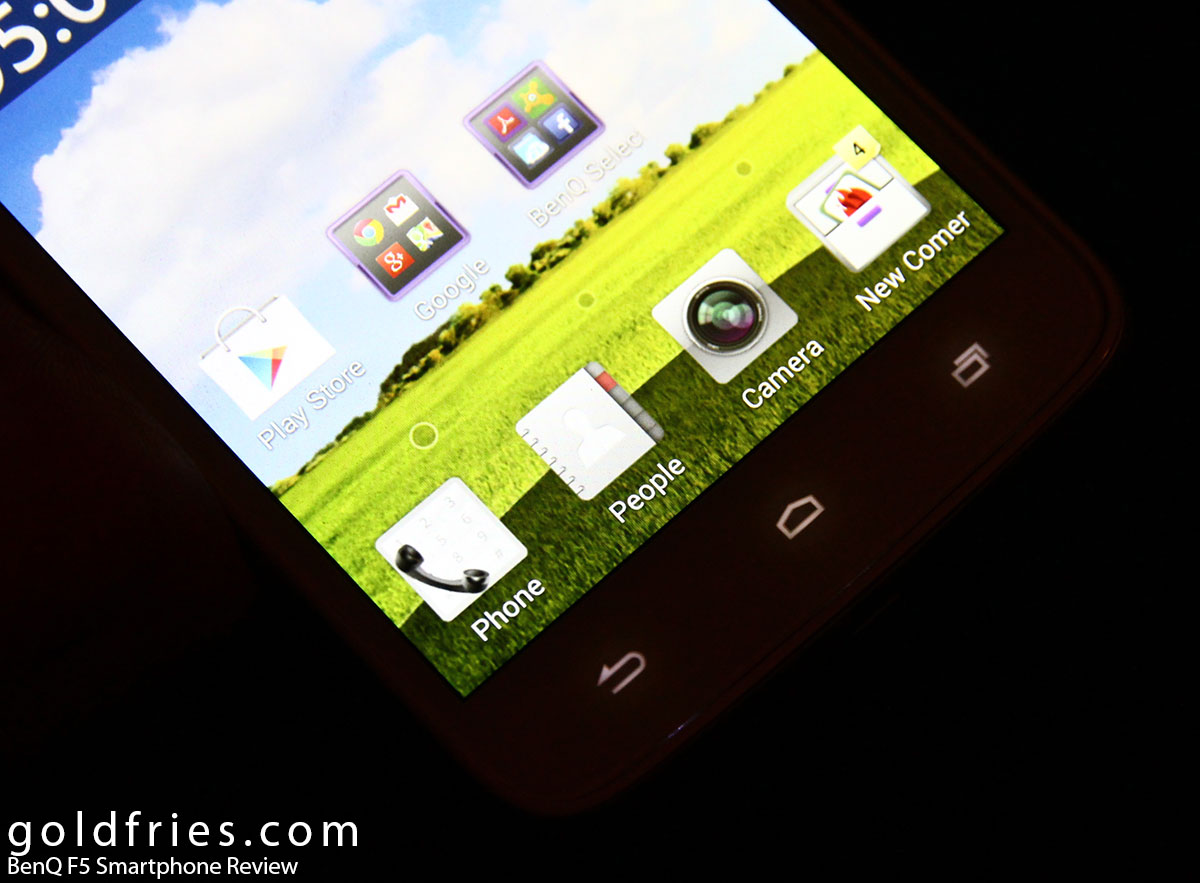 The device uses BenQ’s own Home screen called Q Home, it’s AppDrawer-less like MIUI but what BenQ did was they have this folder called “New Comer” (lower right corner) for the apps that are installed. 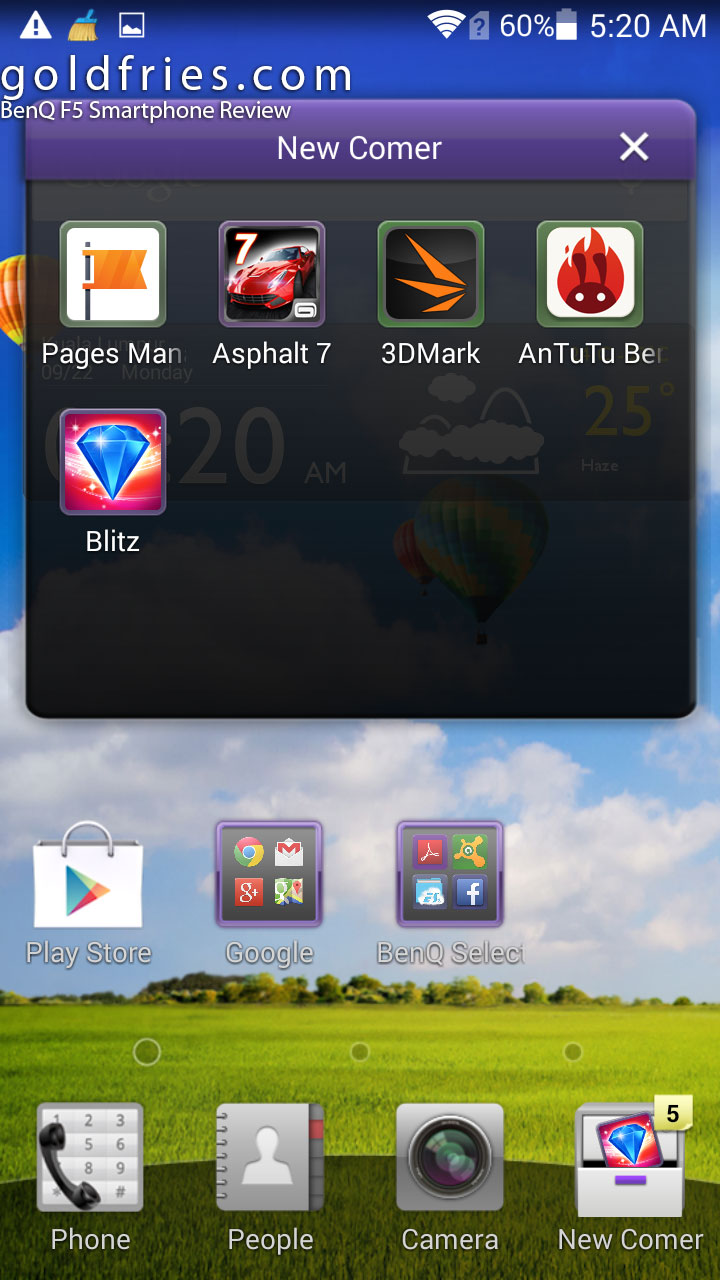 The BenQ F5 Smartphone retails for RM 799 which I think is a very good price for a phone with so many neat features, low blue light included!

It’s now just a matter of whether BenQ can provide not just a quality product but also quality support, it’ll take a while to gain market confidence. As for me, I’m totally sold with this phone.