AMD organized a conference call early this morning to brief us on the upcoming and of course, much anticipated AMD Radeon R9 Nano.

What’s exciting about this card is that it is compact and it has good power consumption (in comparison to other AMD offerings). I shall leave you with the press deck from AMD, with 20 slides showing the details of the AMD R9 Nano. One thing to note about AMD’s press deck for the R9 Nano is that they compared it to an R9 290X instead of an R9 300 series. Based on my knowledge of GPU performance I reckon the R9 Nano’s performance to be somewhere in between the R9 390X and the R9 Fury (not in reference to the R9 Fury X).

The R9 Nano is to be launched on September 10th and priced at USD 649. The card is said to be library quiet and runs at 75c temperature on load. 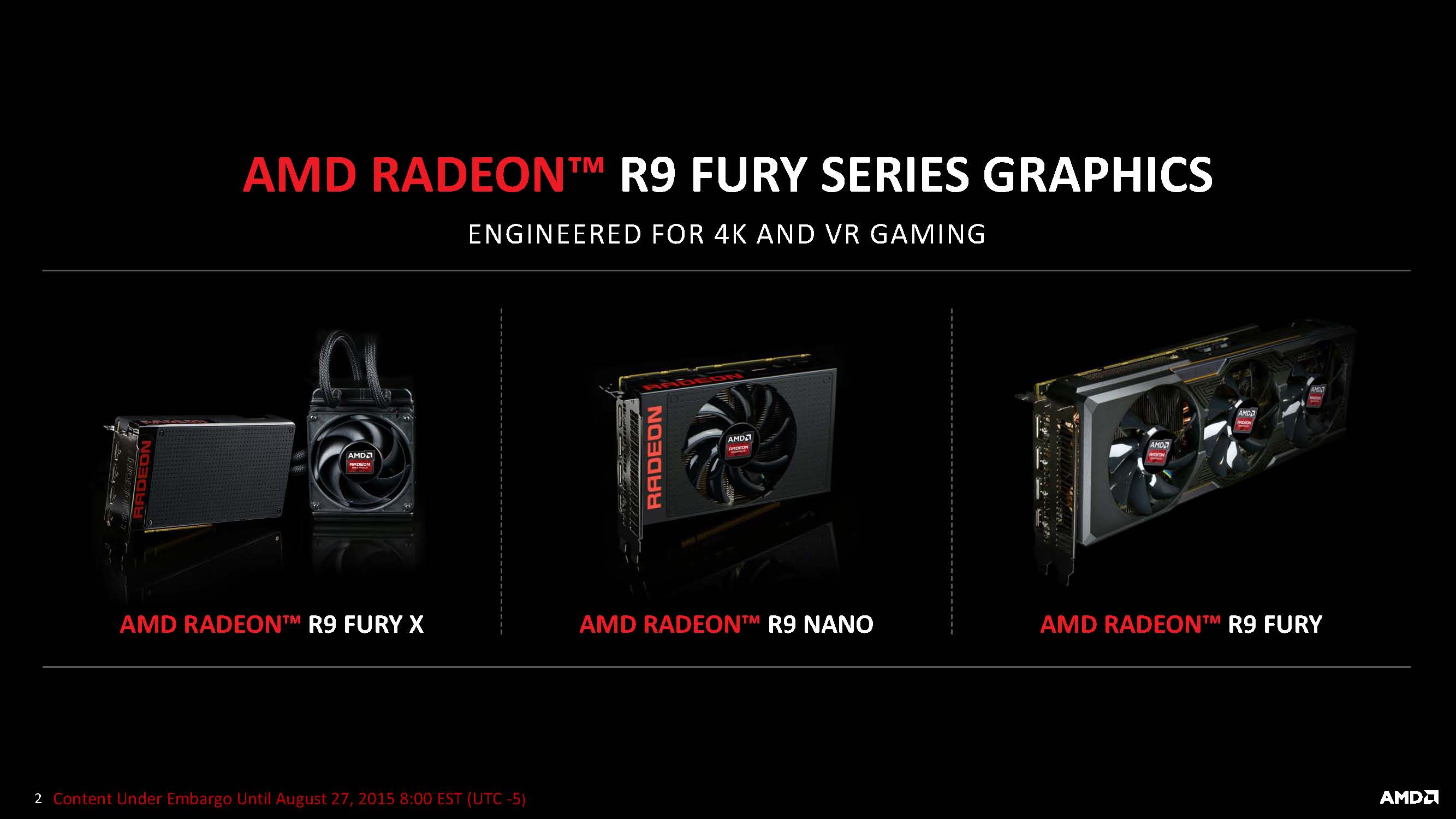 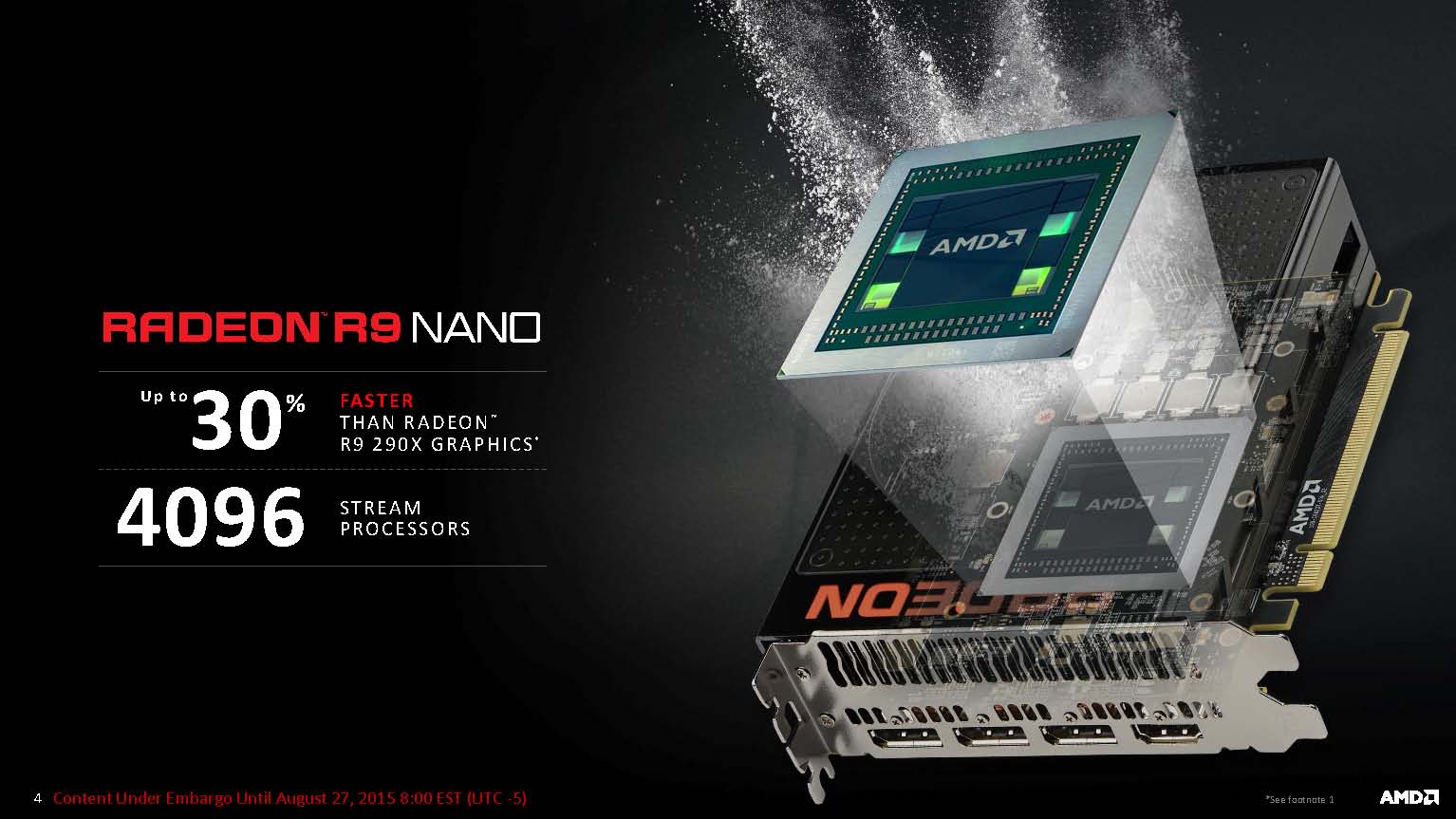 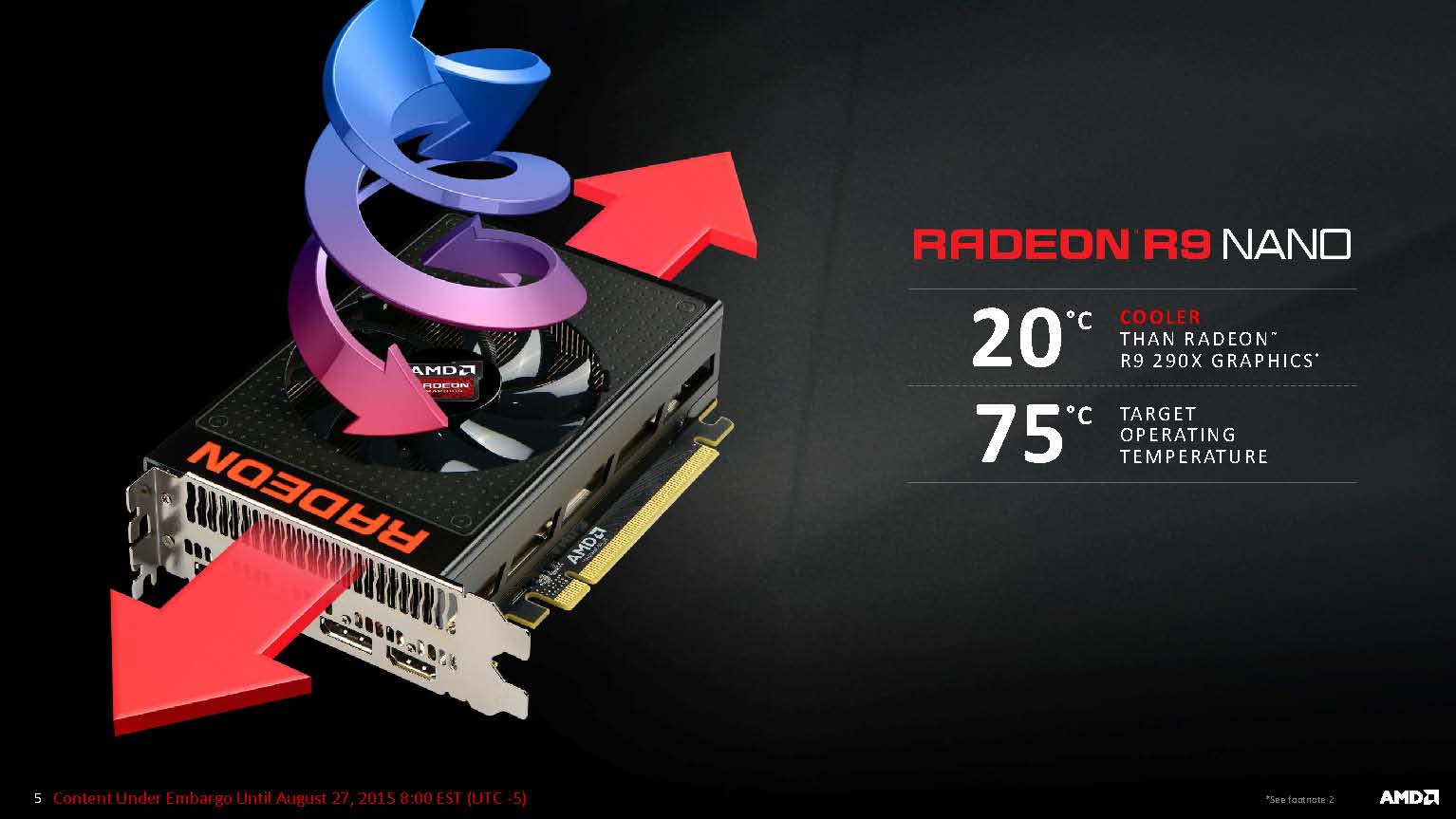 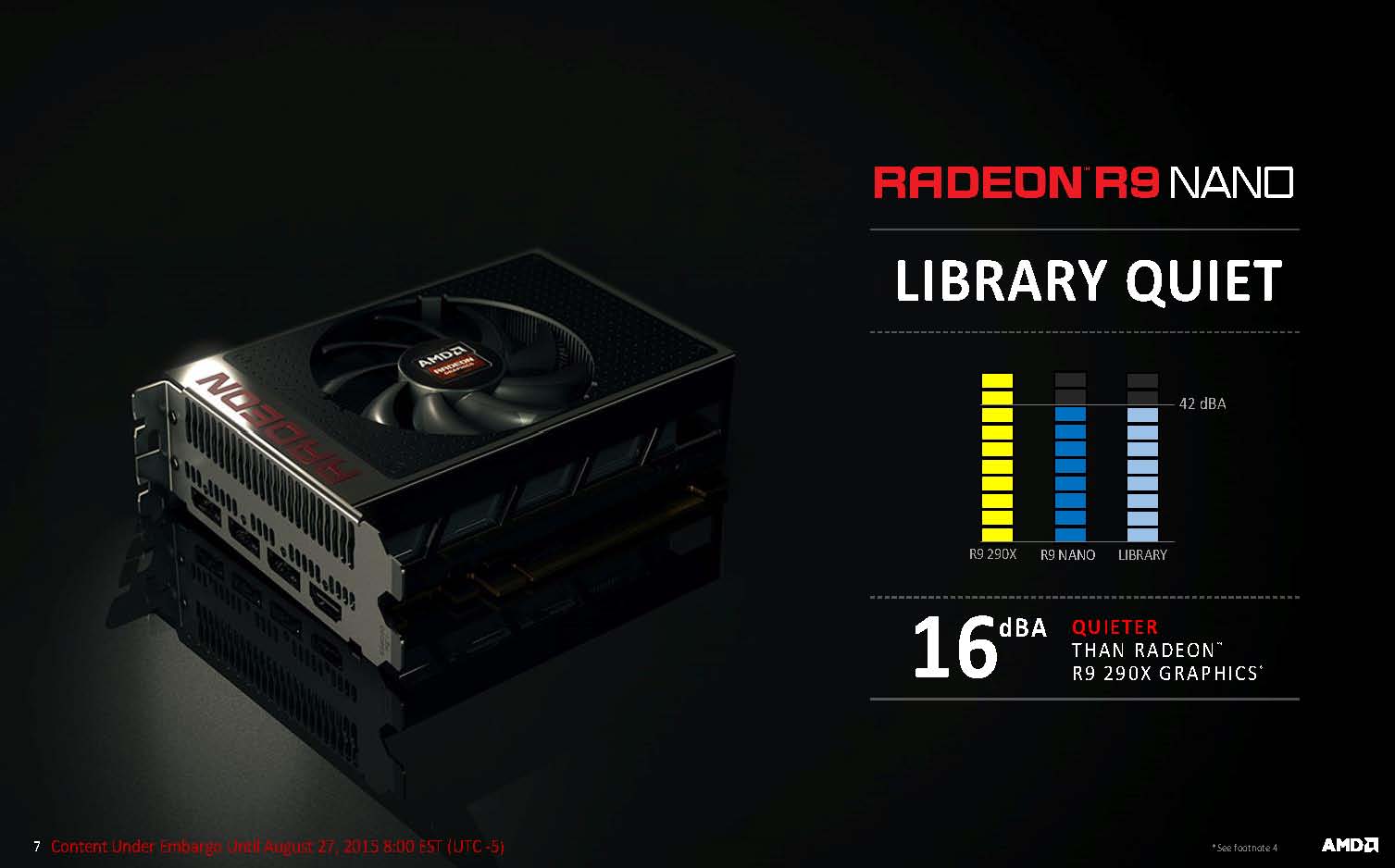 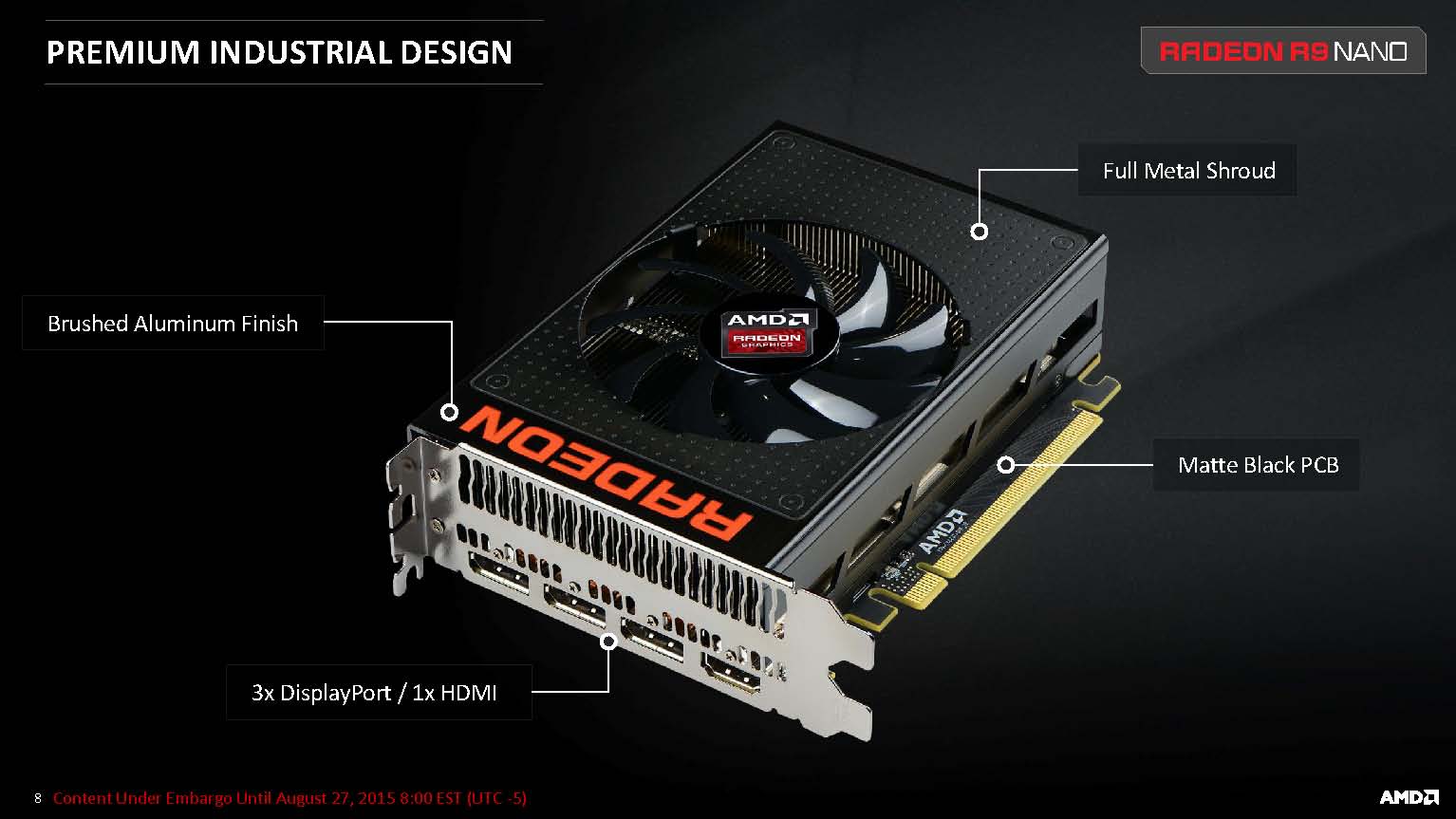 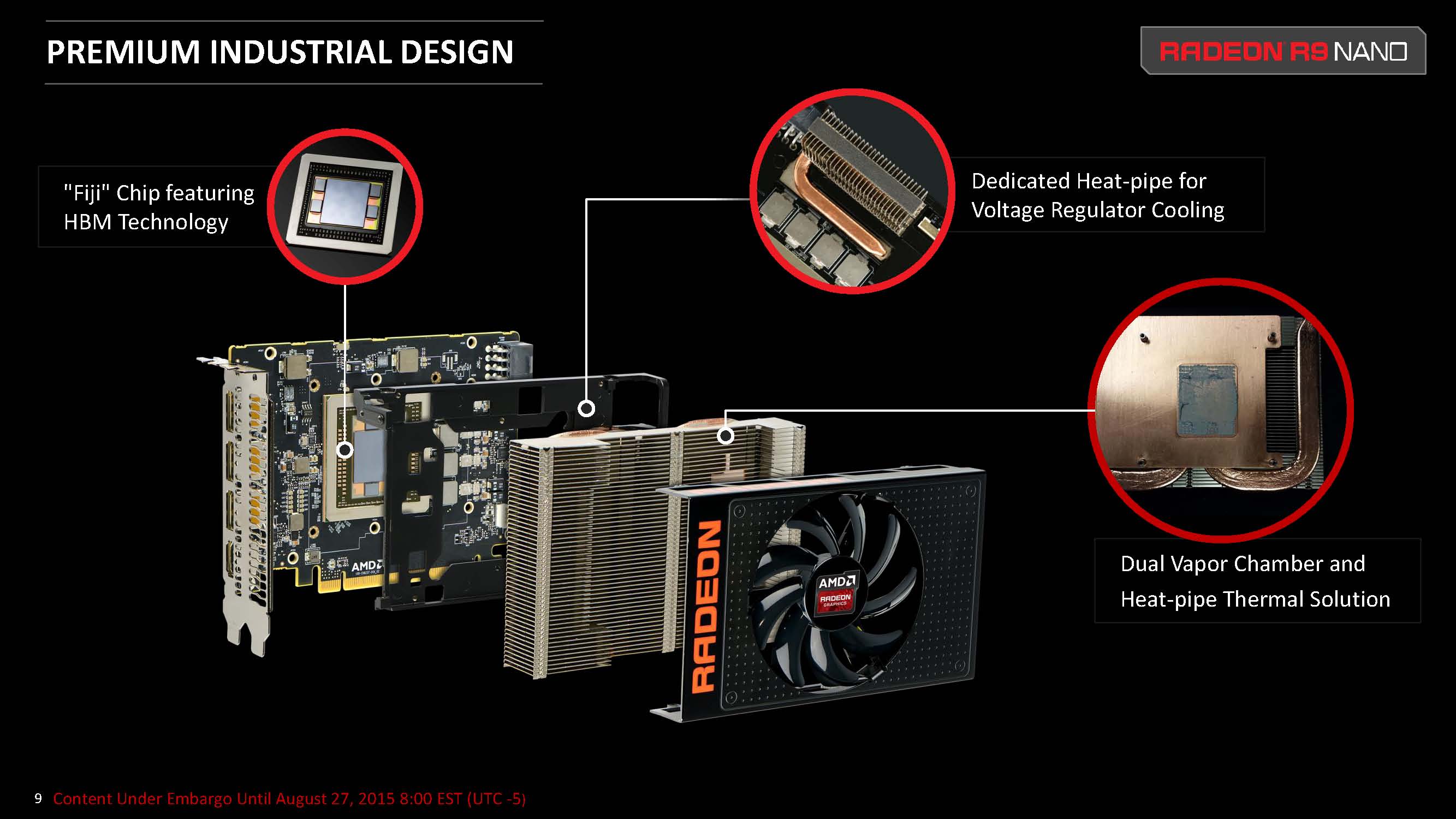 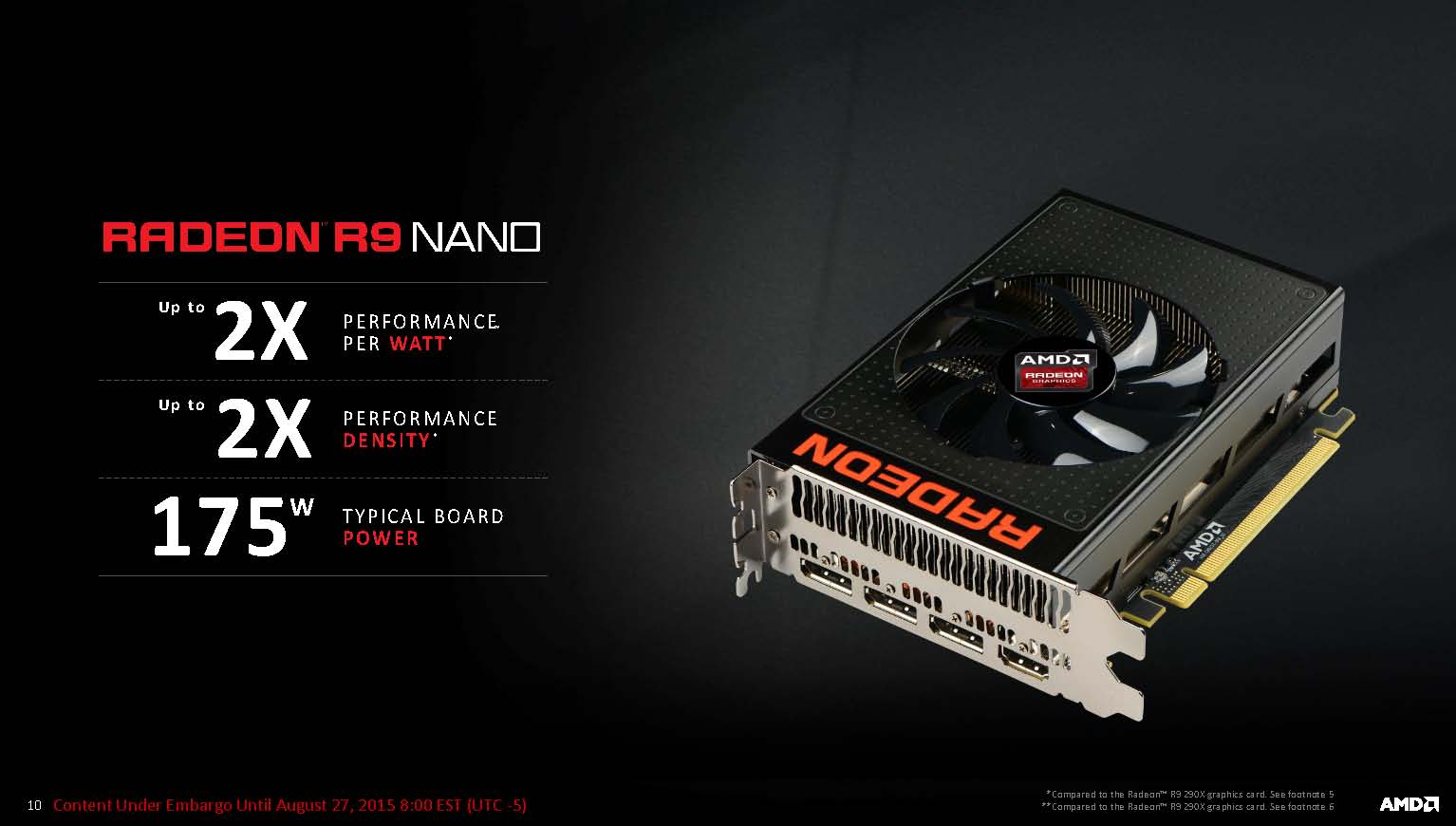