Extending network has never been easier, the DAP-1520 Wireless AC750 Dual Band Range Extender from D-Link makes it entirely possible even for the most clueless to get it up and running in no time. 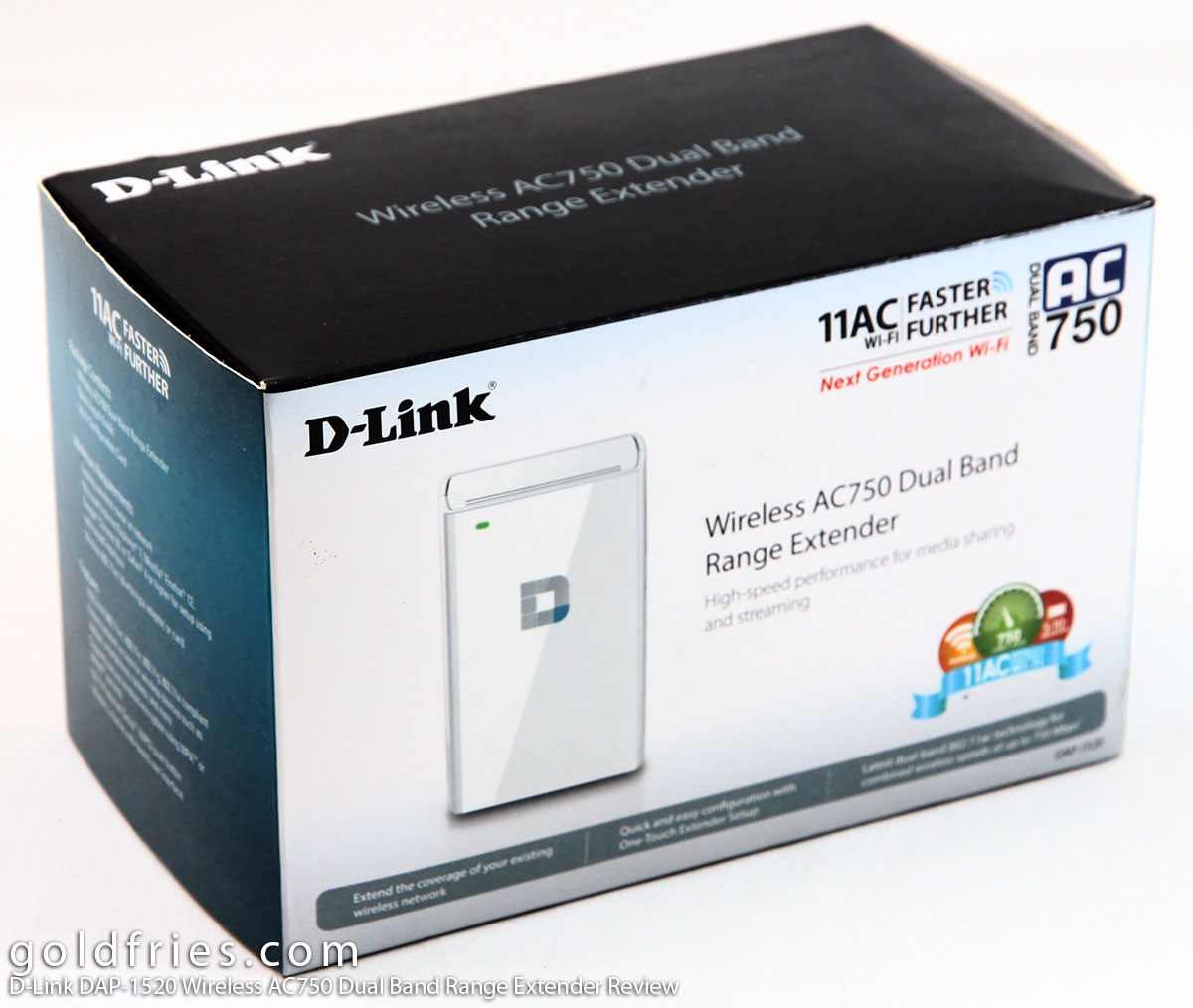 The DAP-1520 is not in any way affiliated with the political party DAP, the product is a simple small box that’s to be mounted on a 3-pin socket. 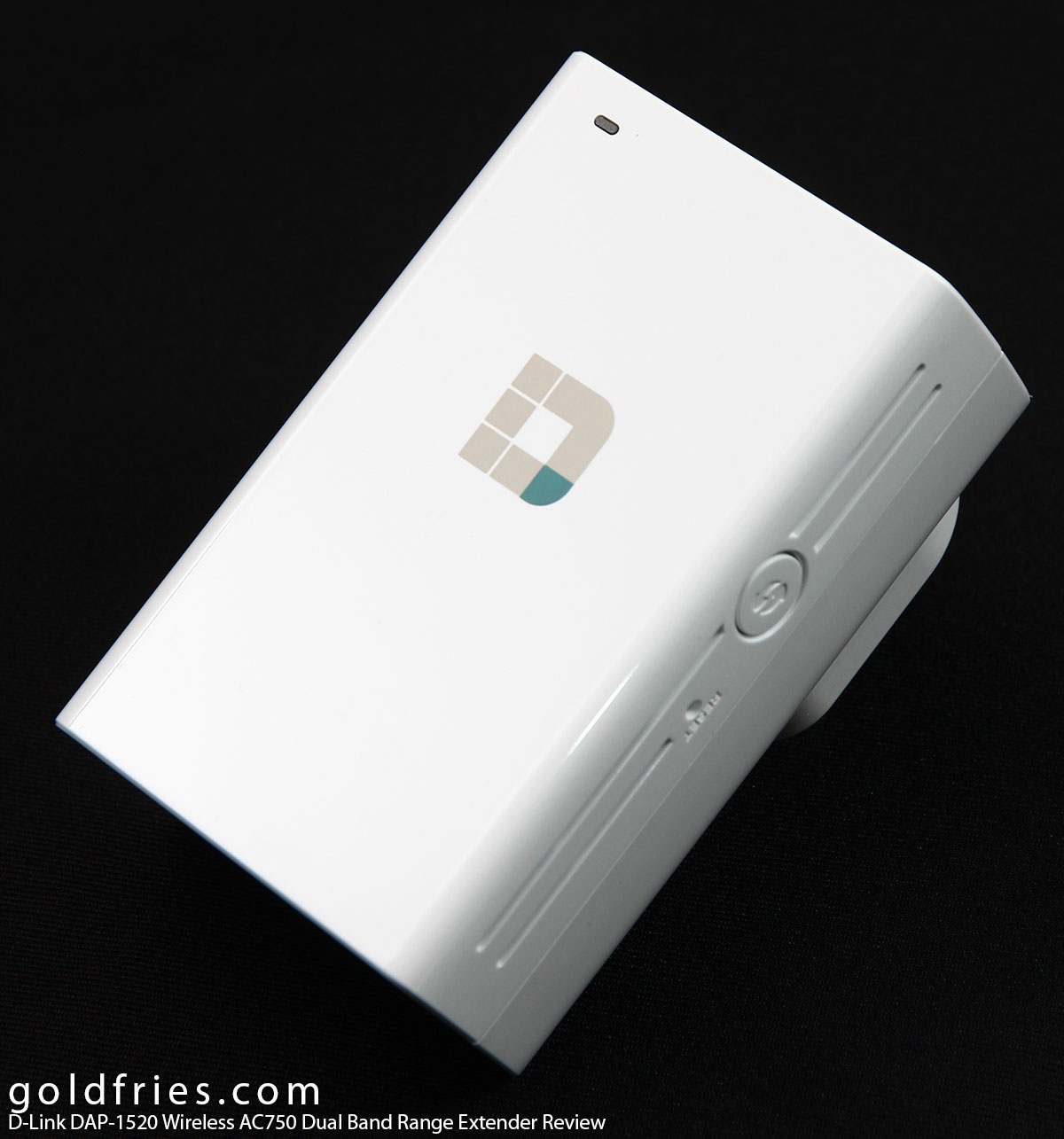 Step 1 of getting the item up and running is just to have it plugged in. 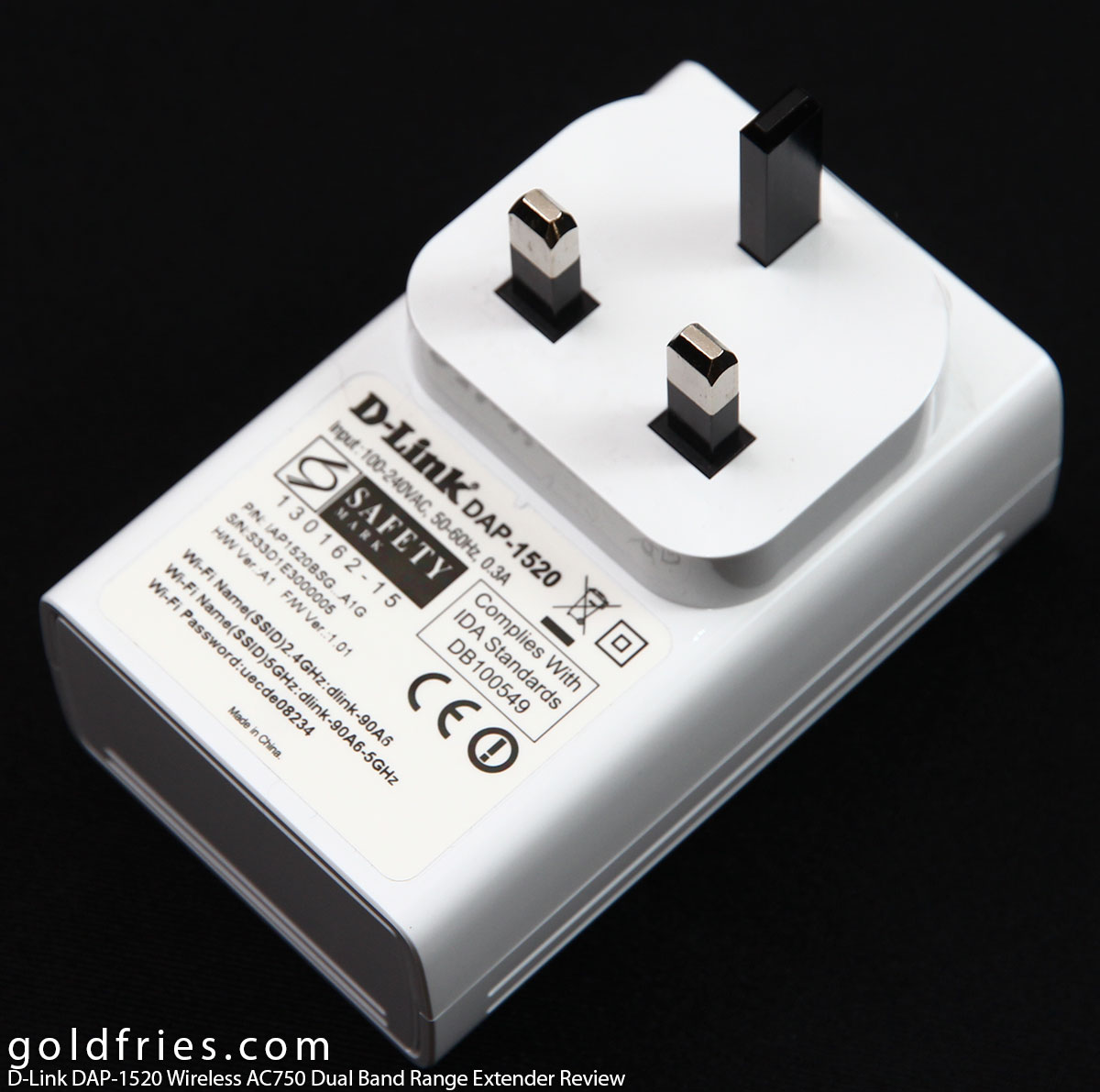 I think I couldn’t emphasize it enough, setting up the DAP-1520 is very easy but before I go into detail on that, let me elaborate a bit on how the device works. The DAP-1520 supports 802.11ac/n/g/b/a wireless signals.

The DAP-1520 is the device that helps you connect EXTEND your signal, this means it has to be placed at a spot where it receives decent signal strength from the existing WiFi broadcast and then the device itself will provide an additional broadcast for users to connect to and link them to the main unit.

To get the device up and running all you have to do is follow the instruction and get connected to the device. Once you’re on the network you will be able to access the user interface to further customize the WiFi extender. 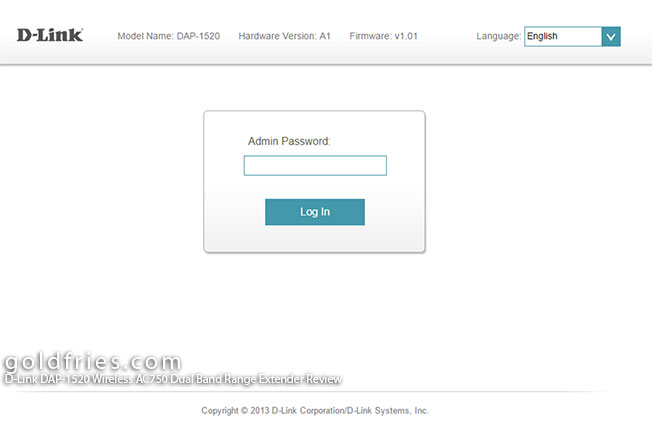 Once you enter the interface, your first task would be to setup the connection and the Setup Wizard is there to assist you. The diagram shows exactly what I mentioned earlier so what you do now is to initiate a connection. 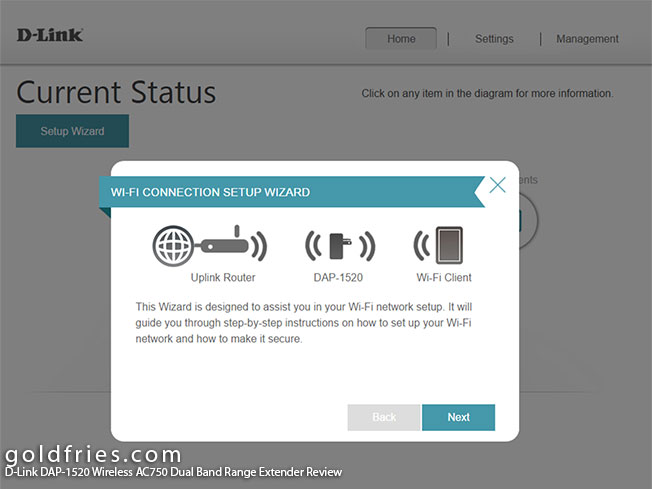 By “initiating a connection” I mean you configure the device to first communicate with the existing broadcast, this broadcast would be the one that you intend to extend. 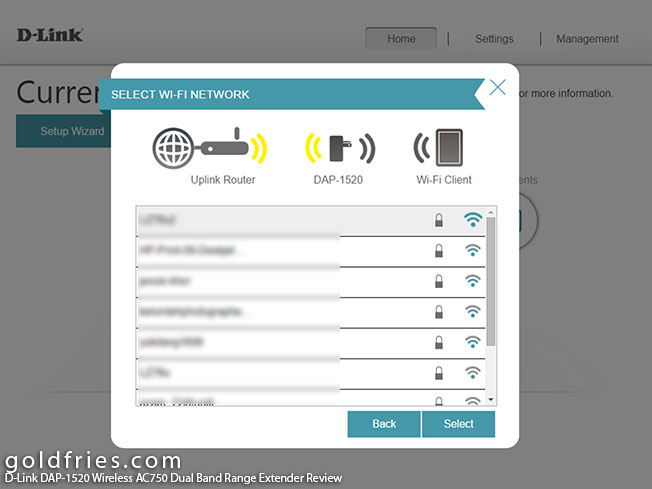 Once you got the link establish, the next task is to setup the DAP-1520 to have a signal that you are able to identify and connect to – and that’s all you have to do. 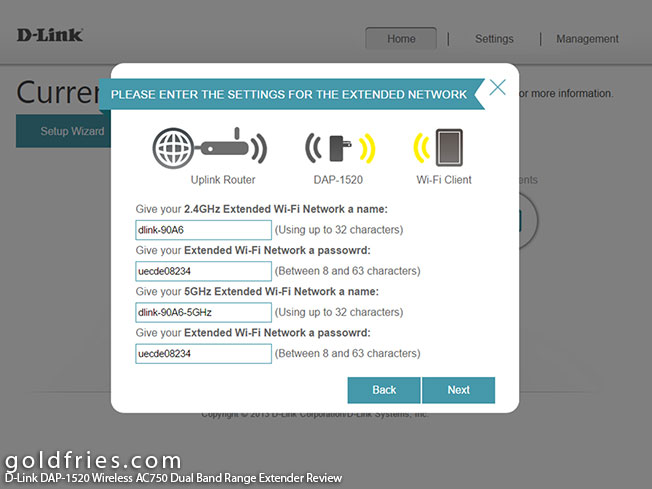 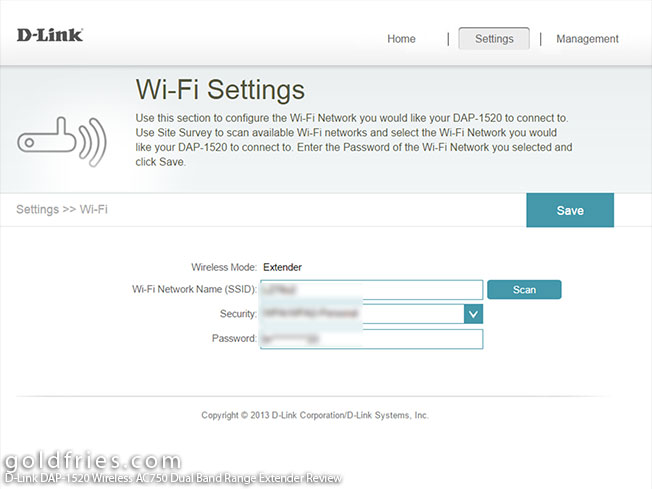 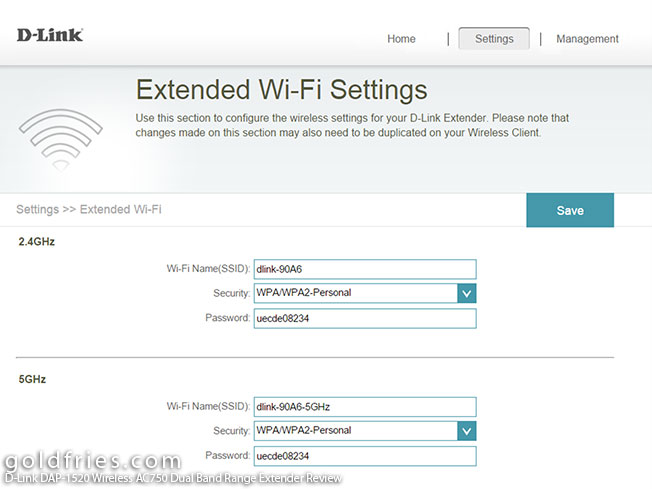 The DAP-1520 comes with a monitoring software as well, it’s a good way to monitor traffic usage. 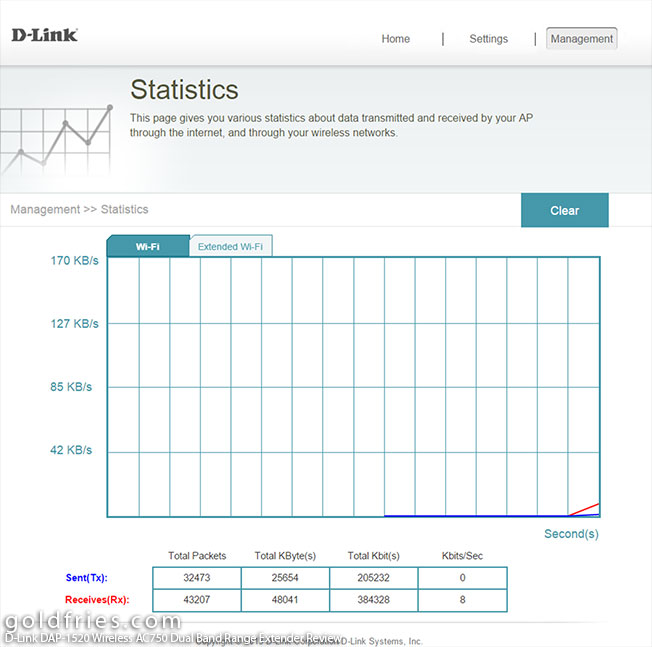 The DAP-1520 also comes with even more detailed management, down to IP address setting. 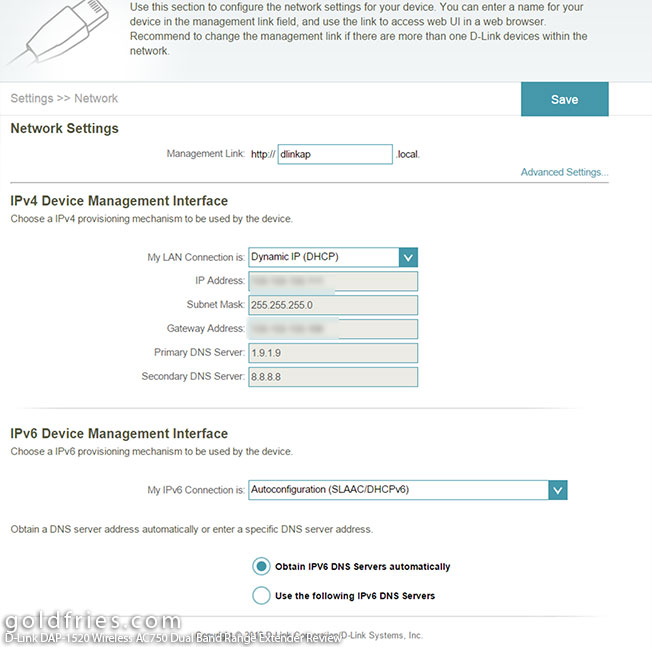 And there you have it, that’s the DAP-1520. More details at the official product page.

D-Link DAP-1520 Wireless AC750 Dual Band Range Extender retails at RM 199, it has decent build quality and what’s more important is that it is very easy to setup, great for those who aren’t too familiar with networking.