Cooler Master, a leading manufacturer of desktop components and peripherals, today announced the MasterAir Maker 8. The air cooler is a seriously sizeable unit with 3D Vapor Chamber technology, designed for gamers and overclockers who demand ultra-low temperatures, aggressive LED lighting, and total control over their hardware. The outlook can be customized with two bundled top cover designs and even adjust the fan size, model or position.

â€œThe 3DVC is a design that merges the horizontal vapor chamber with heatpipes for better performance compared to conventional copper base models,â€ said Richard Chen, Thermal Product Manager. â€œWe think our top covers and intuitive bracket design are pretty cool and bring an added aesthetic and functionality but we know the community also has some awesome ideas, and we want to explore that avenue with 3D printing options.â€ 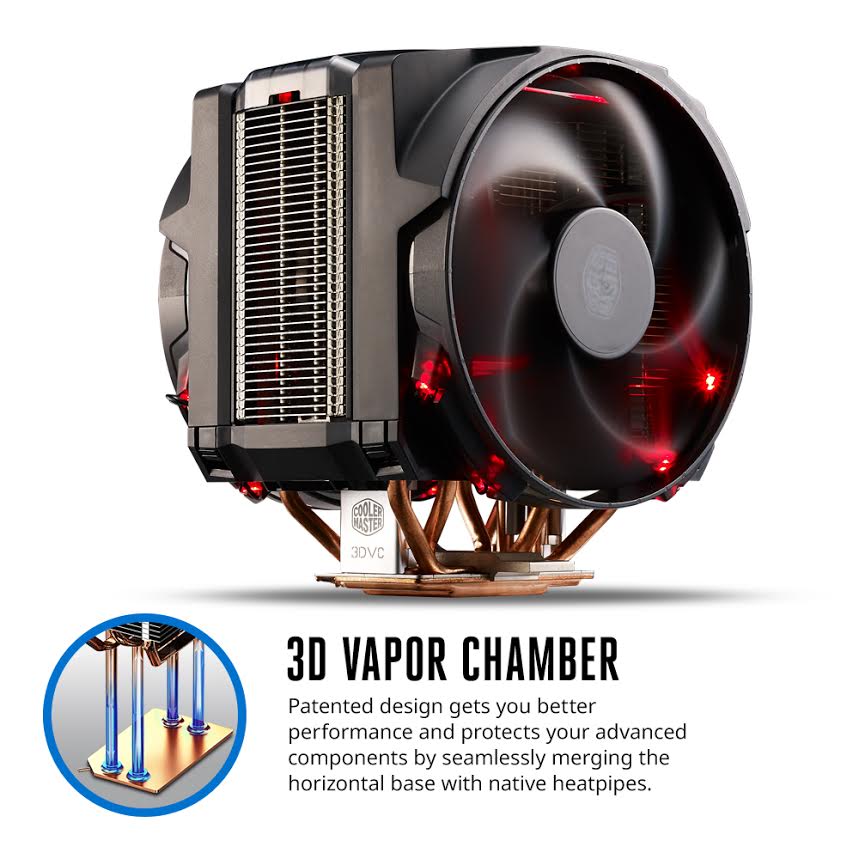 After countless trials and rigorous testing, Cooler Master has seamlessly combined Horizontal Vapor Chambers with native heatpipes. Cooler Master replaced the traditional copper base that transfers heat away from the CPU with a coolant filled Vapor Chamber (VC). When these VCs are heated, the coolant transforms from liquid to gas and back again to protect the CPU from overheating. A total of eight heatpipes (four pipes seamlessly merged with the base) conduct heat away from the horizontal base while an ultra-large heatsink helps further dissipate the heat. 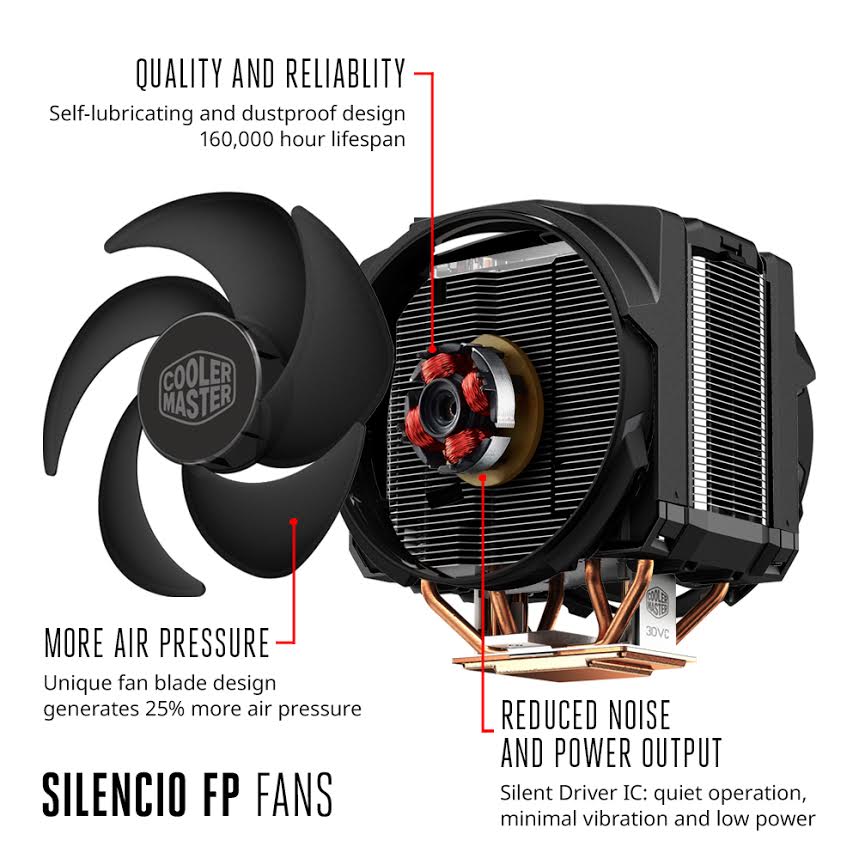 Designed for Gaming and Overclocking

Long hours of gaming or overclocking require an air cooler that can handle the CPUâ€™s Thermal Design Power (TDP), and meet the increase in power consumption. The MasterAir Maker 8, with a TDP capacity of 250W, helps protect systems from becoming unstable or shutting down during intensive gaming and overclocking sessions. Two high-quality Silencio FP fans then propel heat away from the unit. The combination of all these elements makes the MasterAir Maker 8 the standout choice for top-tier system owners everywhere.

The Silencio FP fans include Cooler Masterâ€™s exclusive Silent Driver IC technology. The output of the two fans combined register a surprisingly low 8-24 dBa, making the MasterAir Maker 8 one of the quietest choices when it comes to high-pressure cooling. The self-lubricating and dustproof design also keeps the blades operating smoothly, ensuring a new system will likely be long obsolete by the time these fans expire. The MasterAir Maker 8 also supports both 140mm and 120mm fans that can quickly and easily be adjusted, removed and replaced thanks to a special fan bracket design. 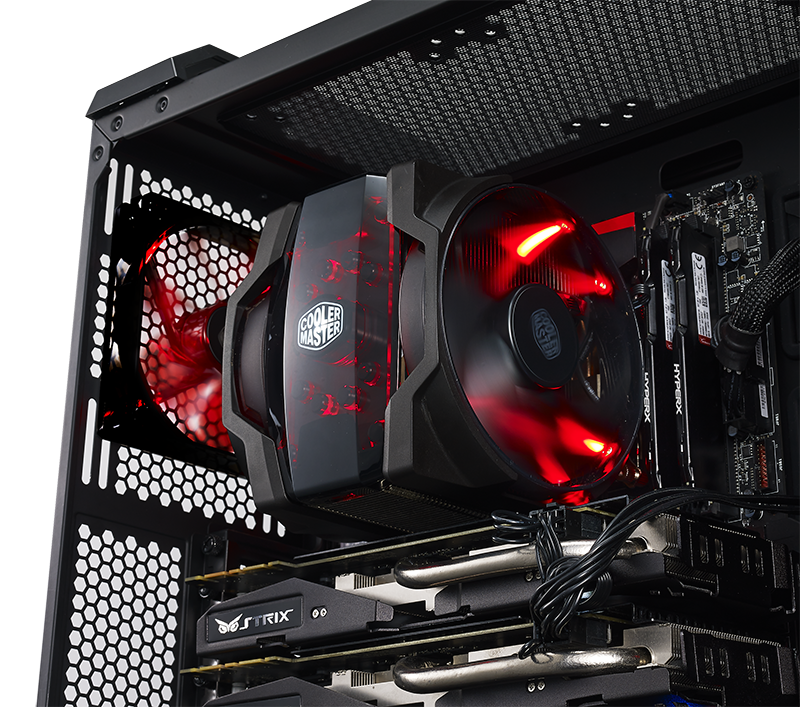 Design a clean, professional-looking workstation or have bright red LED lights that accent gaming rigs and match color schemes. Choose your style with interchangeable top covers (included), opting for a translucent plate that showcases the red LED lights, an aluminum plate for a clean and stylish finish or coverless for an aggressive metallic grill. Cooler Master is set to release the dimensions and schematics of the top cover and fan bracket for makers to creatively design 3D prints or images on the top cover. Print to your heartâ€™s desire and make the MasterAir Maker 8 truly yours. The MasterAir Maker 8 is now available locally for a suggested retail price of RM 599.