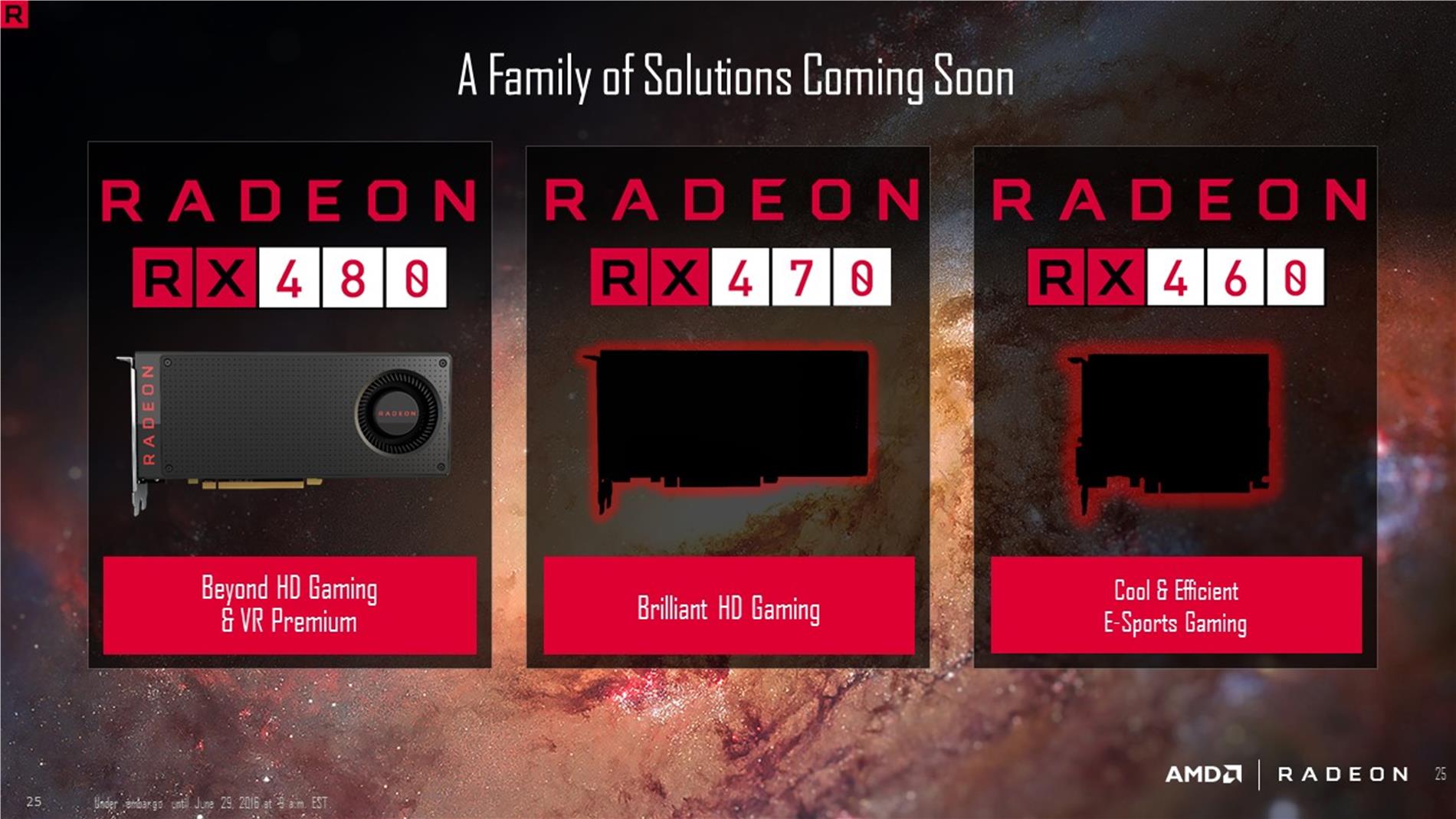 The Polaris 11 architecture will carry the same features as Polaris 10 that’s seen on the RX 480. The only difference being the lower Compute Units count, lower TFlops and lower memory bus width. 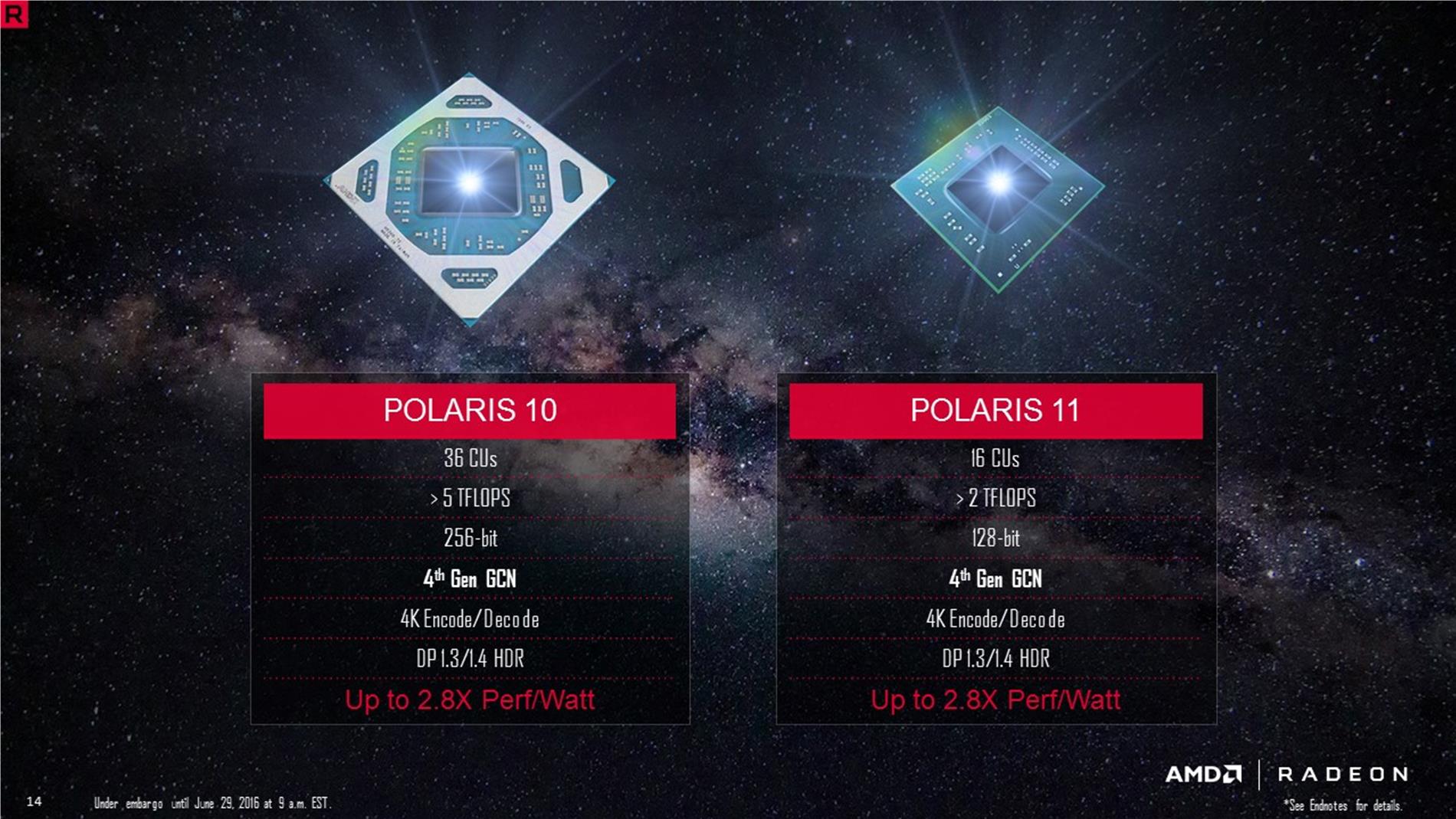 Below are some details presented by AMD for the cards 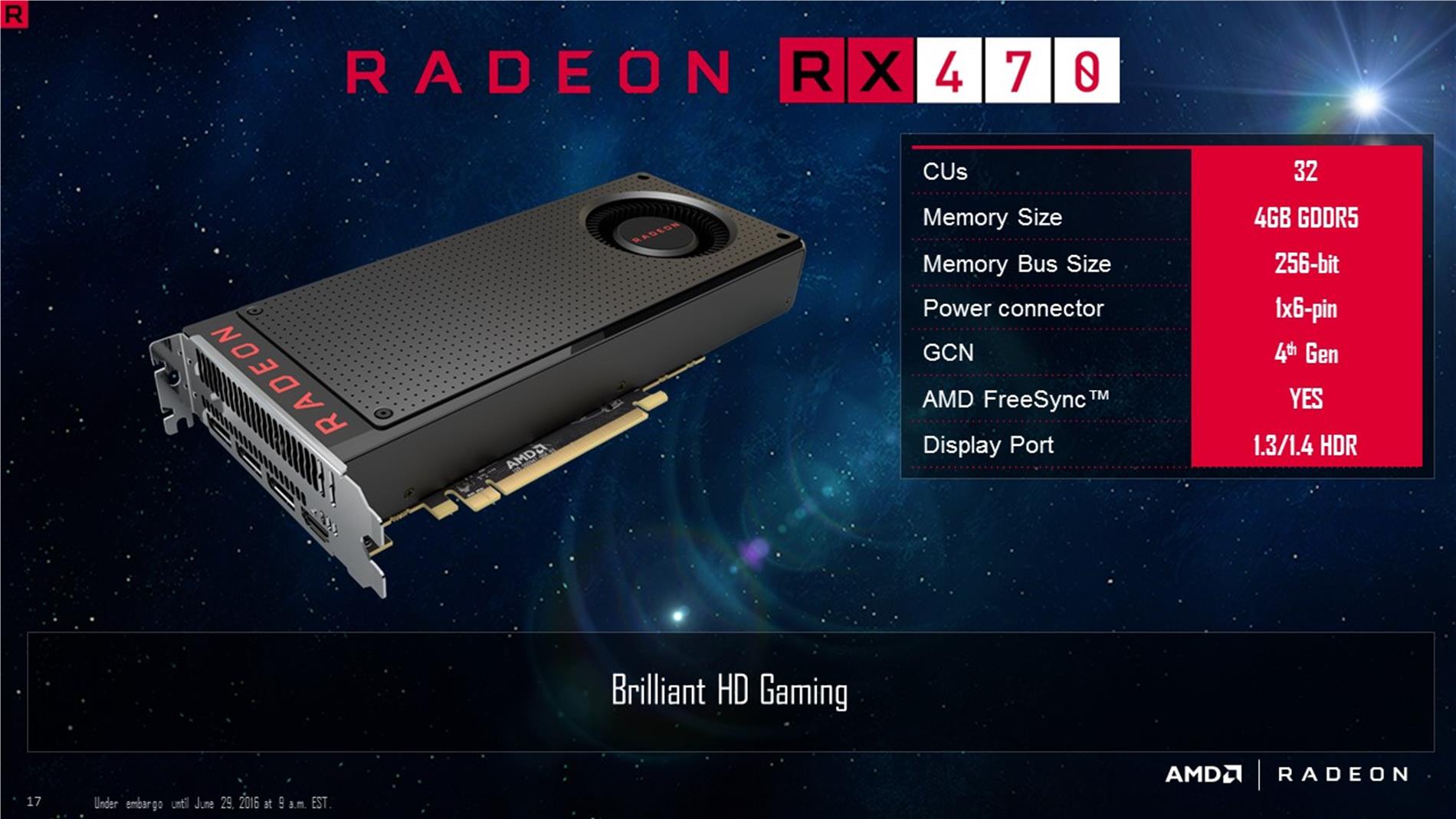 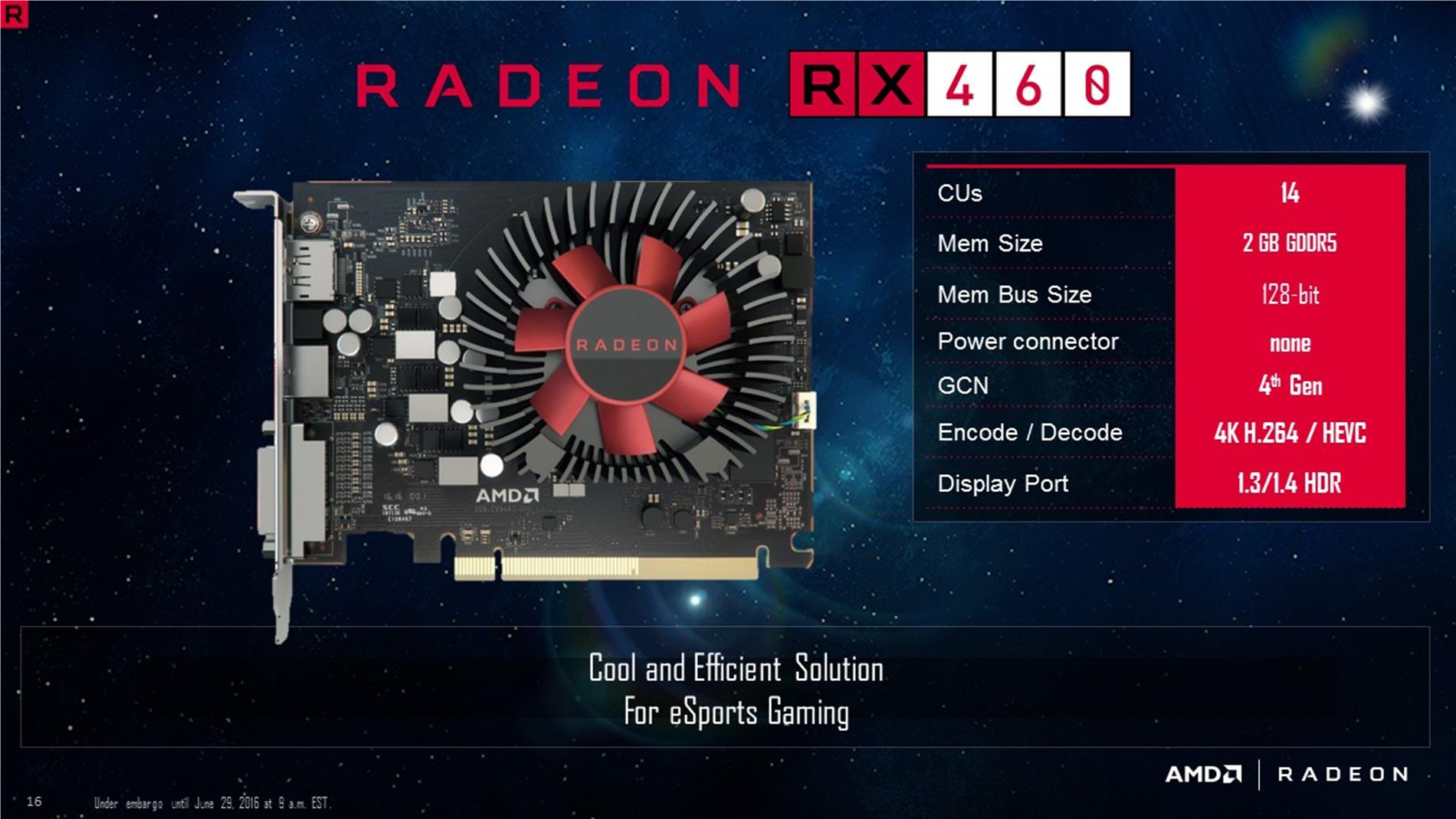 As for the RX 460, I hope for it to be priced like the R7 360 but going by how AMD product pricing is less than stellar for the most part, I’m going to go with the pessimistic approach and say that it’ll be priced at R7 370 range while providing R9 380 performance and R7 360 power draw.

Do you see the pattern? It’s pretty much at X price point, performs 1 notch higher but with power draw of a card that’s 1 notch lower.

As to when will the card arrive? Sources say it’s about 1 month from the RX 480 but again, there’s no concrete information on the exact date.