The Pentax K-30 may look like a toy but make no mistake, this is a camera that’s totally capable for professional use.

This review was made possible by DSC World

I’m pretty sure most of you are expecting this article to come soon, especially with some photo I posted not long ago. 🙂 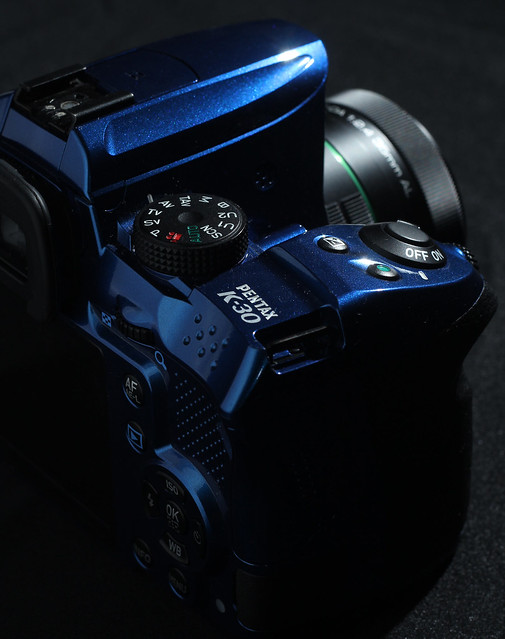 The K-30 is using an APS-C sensor, with total effective pixels at 16.3 MP. It works exactly like any other DSLR. I took a different path of reviewing this camera – skip those color charts and still life ISO tests and whatever – we’re going straight on with using it for professional purpose. 🙂

I was pleasantly surprised with how the K-30 handled. Ergonomically it’s comfortable to hold, with the button layout being simple and in some ways remind me of Canon entry level cameras. Despite the shiny look of the unit that’s with me, it feels A LOT more solid than many other cameras I held. Canon and Nikon entry level cameras don’t give this kind of robust feel, and it’s weather sealed too.

I won’t go into details because this is not a feature by feature report. No, I’m just highlighting what interests me.

After 2 weeks came the day of reckoning – to use the camera on an actual assignment! (and also to return the camera)

Here are the challenges
1. I’ve been shooting with a Canon system exclusively so Pentax was new to me.
2. I normally photograph with 50mm on APS-C but for this one, it’s on a 35mm on APS-C. That’s going from around 80mm (50mm x 1.6) to 52mm (35mm x 1.5)
3. I had no Pentax flash system, so I ended using my Canon flash system for the photo session.
4. The photos had to be GOOD – this means the composition and technical matters must be up to professional standards and recognized as photos with commercial value. For this purpose, I’ll be using ShutterStock as judge. A neutral party that has seen countless still-life / food photos, and has very high requirements when it comes to the photos submitted.

Despite being unfamiliar with the Pentax system, any seasoned photographer would get used to it after a short while of messing around with it.

Throughout the weeks I had the K-30 with me, I’ve attended various events and took both videos and photos with it. For example, the photos and videos in this Acer event was captured using the K-30 and the 17-70 lens, paired with the Canon 580EX II! No E-TTL so I just had to use Manual flash. No problem.

When it comes to the food photography assignment, the camera performed as it should. Admittedly I didn’t use the 35mm until the day of the assignment. A challenge but not a big one, just a bit of adjustments here and there to get the intended framing and it’s good to go.

The greater challenge was the lack of a flash system. So I resorted to run long shutter speed and manually triggered my flash units. 🙂 I used 3 flash units. A Canon 580EX II and 2 units of Canon 430EX II. Flash power on manual. Flash triggered by using Yongnuo ST-E2 – a replica of Canon’s ST-E2.

On a side note – the Yongnuo ST-E2 has been in my possession for ages but I’ve only used it a few times, and never on a professional assignment.

I used 1 second shutter speed, f/8 and ISO 100 for most of the photos. I had to stop down to f/11 for pizza photos as the oily surface reflected the light a lot.

There were 4 dishes to photograph on that day, so we spent a good hour or 2 at this Italian restaurant called Casa Del Cocco at Taman Desa. 🙂 Many thanks to my friend Calven Lim who runs this restaurant.

I think the greatest challenge of all, is to select the best photos for Shutterstock submission because there were just so many photos to choose from! The output was great, most of it I could just use it directly.

The output was superb, it felt like I’ve never seen so much details retained in an image capture on APS-C sensor. I also liked that Pentax uses DNG files for RAW, so I can open these RAW files on my aged Adobe Camera RAW on CS3!

In the end I selected 12 photos as seen in this gallery at Shutterstock. The photos underwent necessary processing to maximize the chances of approval.

12 photos submitted, 12 photos approved! That’s a personal best for me! Sure, I’ve got 100% approval rate for less than 5 photos but never for batches that are more than 10. 🙂 Not bad, considering I achieved this using a camera I’ve only been using for 2 weeks, and a lens that I’m using for the first time.

I must highlight that Pentax’s Focus Peaking and the clear LCD screen helped a lot when it comes to nailing the area of focus. My photos could have suffered the “Your image is not in focus or focus is not located where we feel it works best.” reason of rejection.

Suffice to say – the K-30 is, according to my ACTUAL experience – is more than capable for professional use. 😀

Video wise it’s alright, thought it felt like the audio recording on my 60D was a lot better.

Notice that there’s some rolling shutter or donno what effect at 4:22 range. Area was in focus but it just wobbles in some way. Don’t know if the bass actually did affect the sensor.

The battery life indicator fluctuation annoys be. It’s the first time I see a camera’s batter goes into RED, then goes back to YELLOW. I understand that the indicator probably changes based on the current consumption but it just makes it difficult for me to estimate the battery life so I ended up I going into conservative mode.

I also felt that the AF point change not friendly. Sure, hold down OK button for 1 sec to change AF point works, but it only works in Option #3 (area selection) while single AF point selection, it doesn’t.

On the plus side, the HDR feature seems fun to play.

Below are the HDR images taken with the settings at LOW, MEDIUM and HIGH.

The HDR works (to a certain extent) even on subjects with movement, in this case – leaves that are moving as the morning breeze flows across it.

Price varies but it shouldn’t stray that far from the converted rate. 🙂 If you’re looking for a good camera for your last-minute ChHristmas gift for yourself – this should be part of your shopping list.