The Smart SE 630W is a low-cost semi-modular Power Supply that offers high power delivery and efficiency, how does it fare? 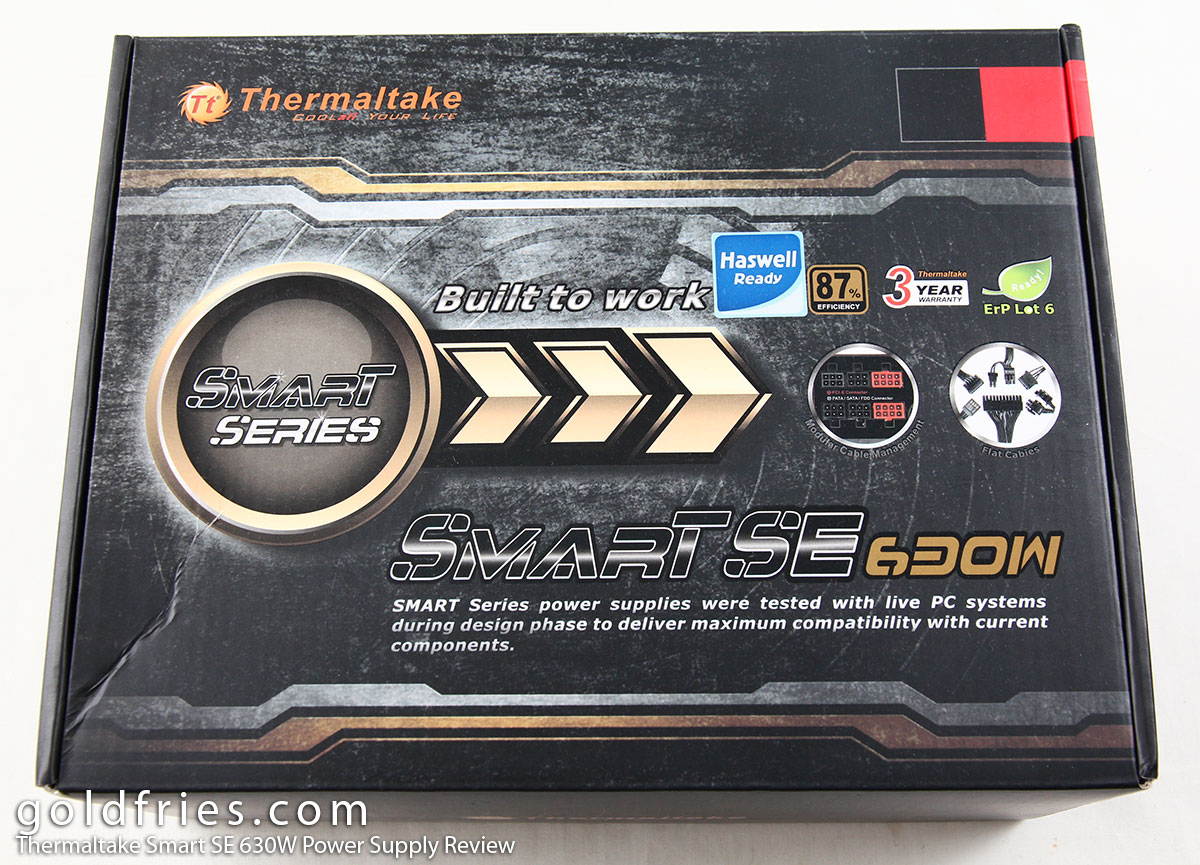 At first glance, one might thought the panel is filled with modular cable connection ports but it isn’t so. 🙂 Those on the left are just guides on where to put the cables. 😀 Here’s the view of the exhaust. Unlike other modular PSU like the Cooler Master V700 where a single PCI-E cable comes with 2x 8pin PCI-E connector, the PCI-E cables on the SmartSE 630W comes with only a single 8-pin connector on each cable.

Here’s the power delivery of the PSU. 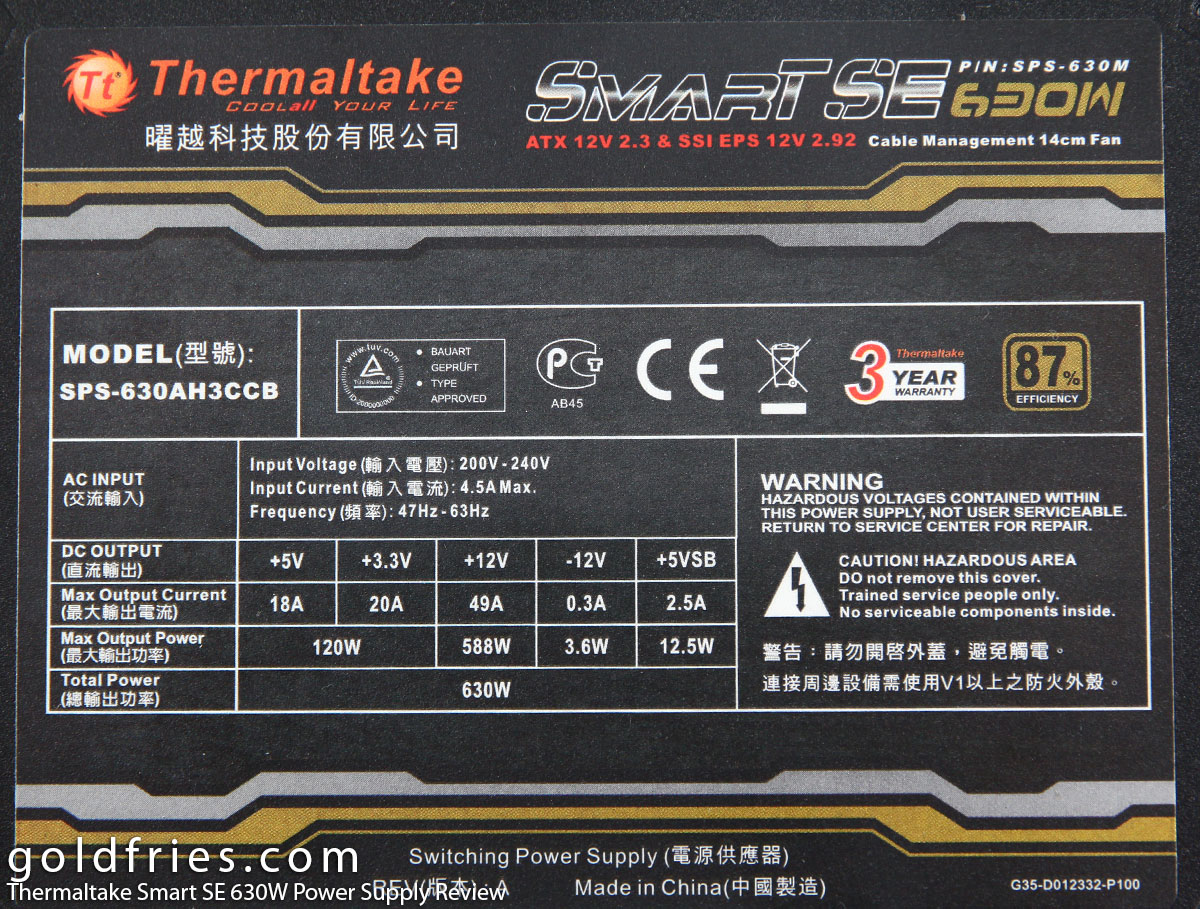 And here’s the spec. 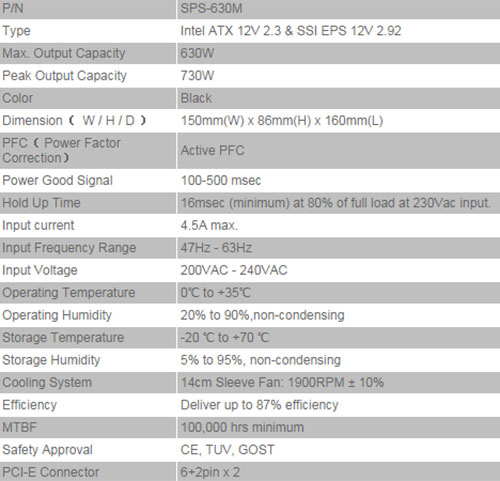 One thing to note is that neither the box nor the official product page highlights anything about safety measures like overload protection and circuit protection.

The initial readings went up to 660 watts from wall reading, that gave me a shock of my life as it seems to be around 98% which is an extremely high load and the system still went on. I decided not to take any risk on this as it’s beyond common sense to push such load on a sub RM 300 PSU with no details of protection.

In the end I settled for around 600 watts wall reading which comes to almost 90% load of which it did not fail.

The earlier setup didn’t work well with OCCT test so I lowered the processor to FX-8350 and below are the readings from OCCT 4.4.0 for the 3.3v, 5v and 12v. The 12v reading went beyond the 5% tolerance for ATX Specifications on load as it drops below 11.4 . 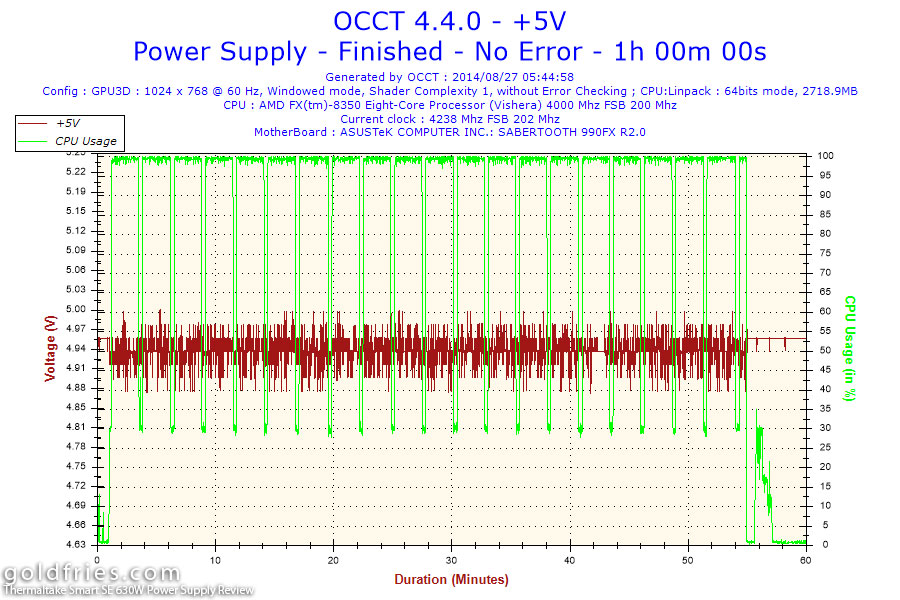 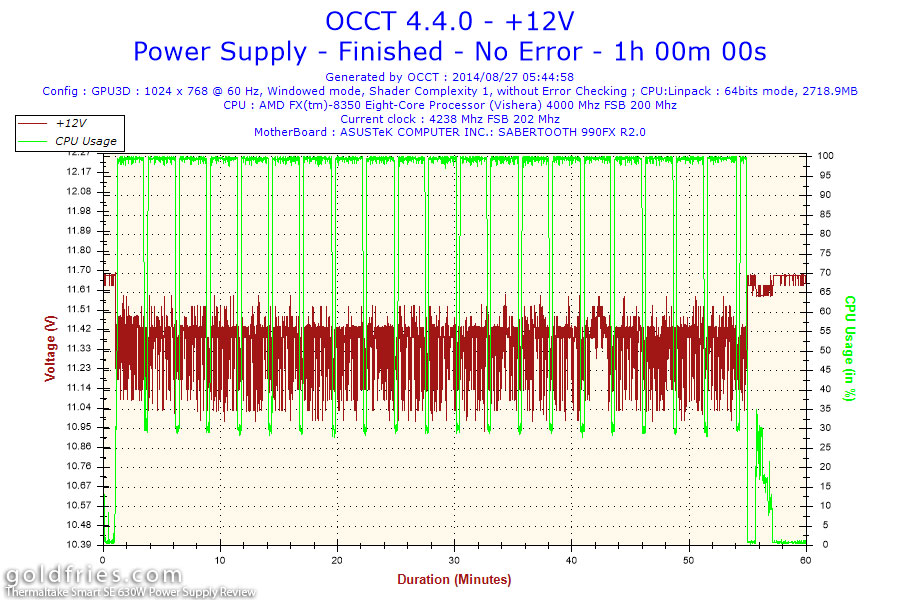 The PSU was reasonably cooling, the fan wasn’t manage to keep things running without being loud.

The Thermaltake Smart SE 630W retails at RM 269. The PSU is semi-modular and comes with flat type cables for cable management purpose, it also does great in high power delivery BUT my concern is how the 12V drops quite far beyond 11.4 and there’s no details on circuitry protection.

It is ideal for users to build a home or office system for 24/7 stable demands.

For a better PSU at that price, you should be looking at the non-modular but critically acclaimed FSP Raider 650w for the sake of your computer’s well-being.