Fresh from the oven, Google Chrome 64bit is now available in their stable channel release.

Was it better? Oh yes it is.

For example, the browser seems more zippy when browsing data intensive pages like say a the newsfeed on Facebook.

Performance aside, the first thing that caught my attention is the slight difference in rendering of text, it’s as if some anti-aliasing was applied. Fortunately it doesn’t make the text look soft. This

Google today released Chrome version 37 for Windows, Mac, and Linux. Among the changes are better-looking fonts on Windows and a revamped password manager;

Yes, I know that’s for Version 37 of 32-bit version but it seems like the 64-bit version is doing just that as well and it’s no surprise. The font does look better, take it as a bonus from the added speed. I’ve not encountered any stability issues so far.

As for memory consumption, well it’s yet another Chrome. The key advantage for the 64-bit version is as described below.

For example, the VP9 codec thatâ€™s used in High Definition YouTube videos shows a 15 percent improvement in decoding performance. Stability measurements from people opted into our Canary, Dev and Beta 64-bit channels confirm that 64-bit rendering engines are almost twice as stable as 32-bit engines when handling typical web content. Finally, on 64-bit, our defense in depth security mitigations such as Partition Alloc are able to far more effectively defend against vulnerabilities that rely on controlling the memory layout of objects.

😀 Sorry I’ve no idea what benchmarks are they referring to so drop me a message on my Facebook page if you know which benchmark I could use to test the above.

Nevertheless out of curiosity I did the Octane 2.0 test and below are the results, the first image is for 32-bit Chrome. 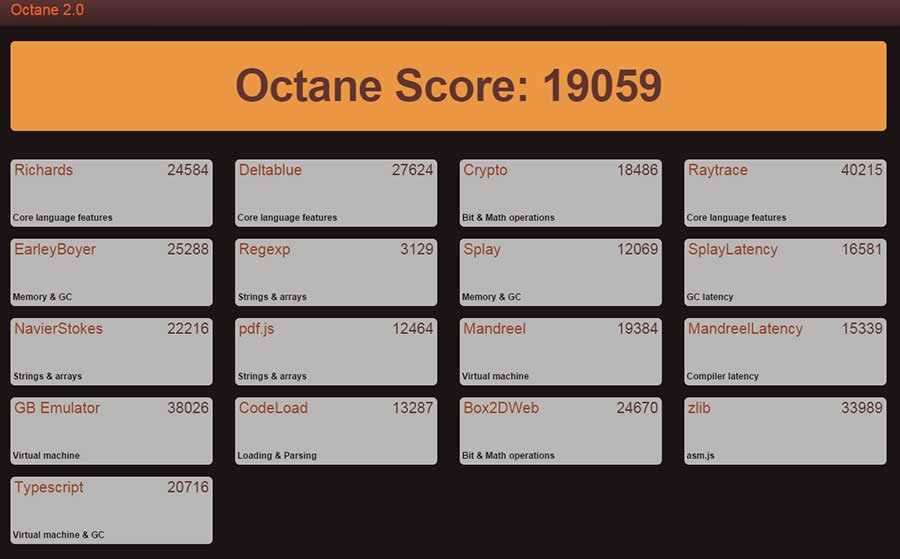 I’m quite surprised with the results, I see some the numbers change. Some numbers were raised while others dropped, I was expecting an overall increase in the numbers as the 64-bit version is said to be able to take advantage of the latest processor and compiler optimizations. 🙂

Overall, I’m pleased with the 64-bit setup. Kudos to Google!