The SonicGear Airphone V is Bluetooth Headphone that retails at just RM 99 and being a product of that price point, one couldn’t help but doubt it’ll be any good for audio enjoyment. 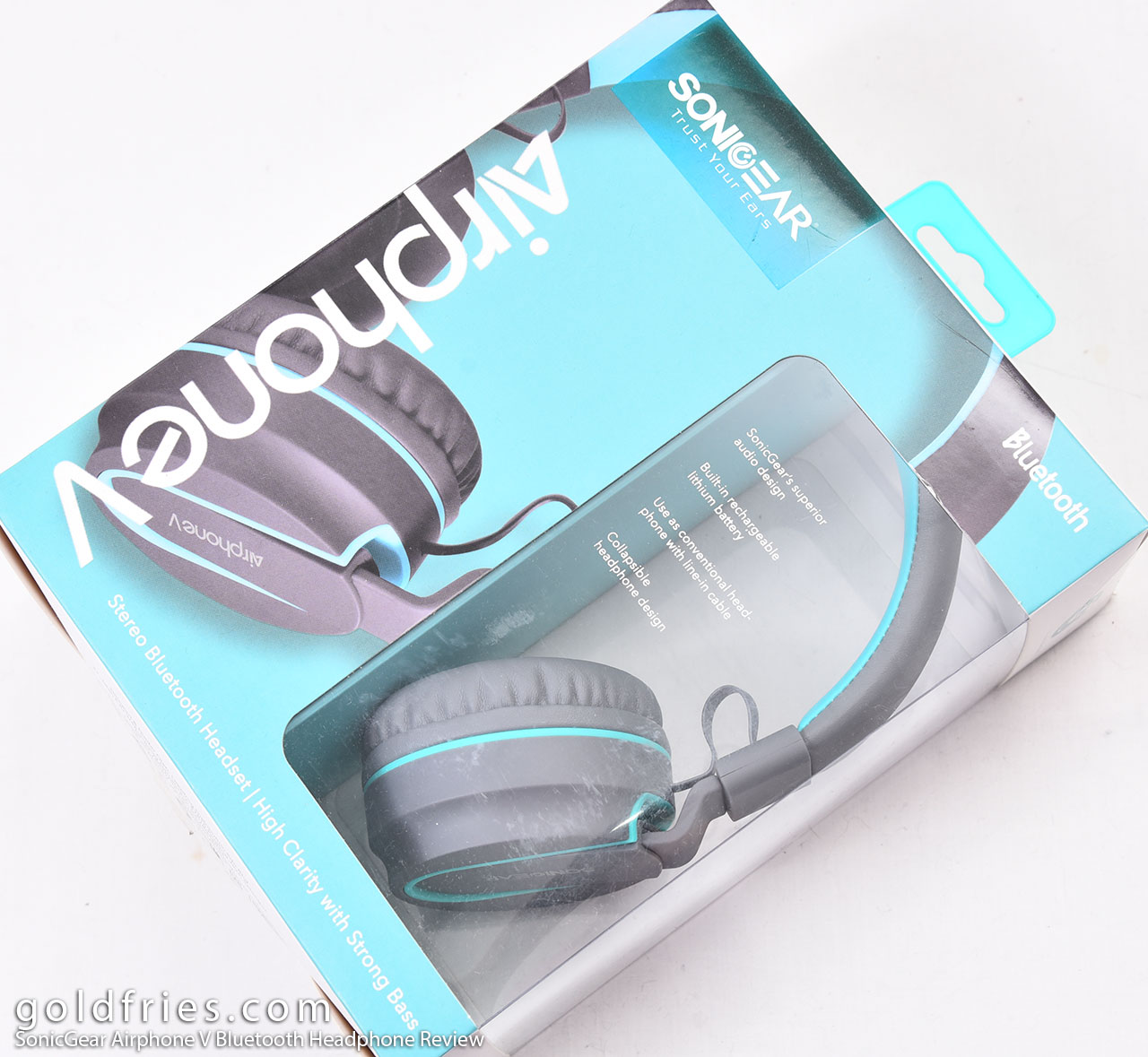 Now the SonicGear Airphone V is quite a looker, and this is not the only color available. Based on the official product page it comes in 5 different colors. 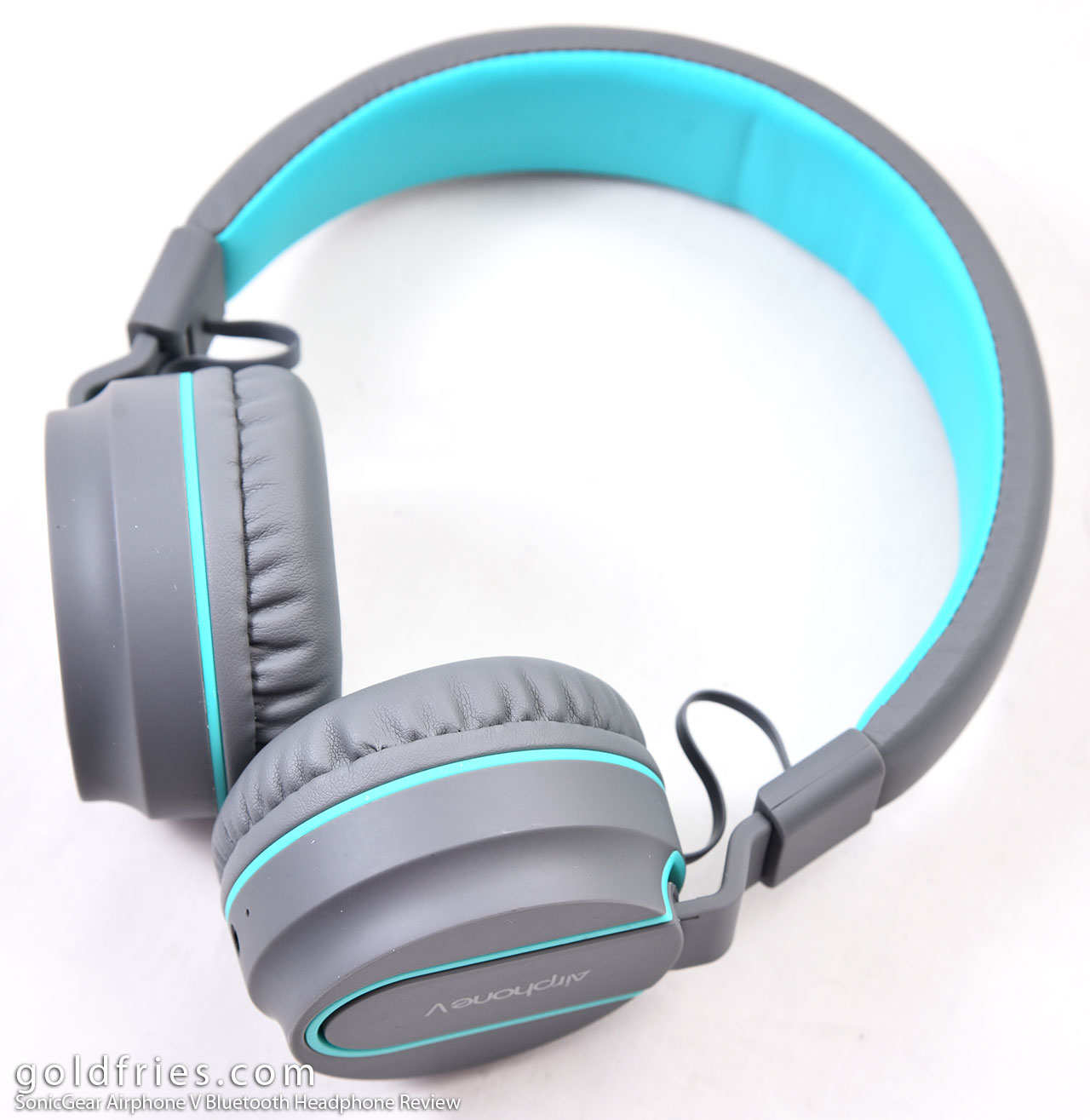 On the left earpiece are the operation buttons – the power button and volume buttons, the charging and audio ports reside on this part of the earpiece as well. 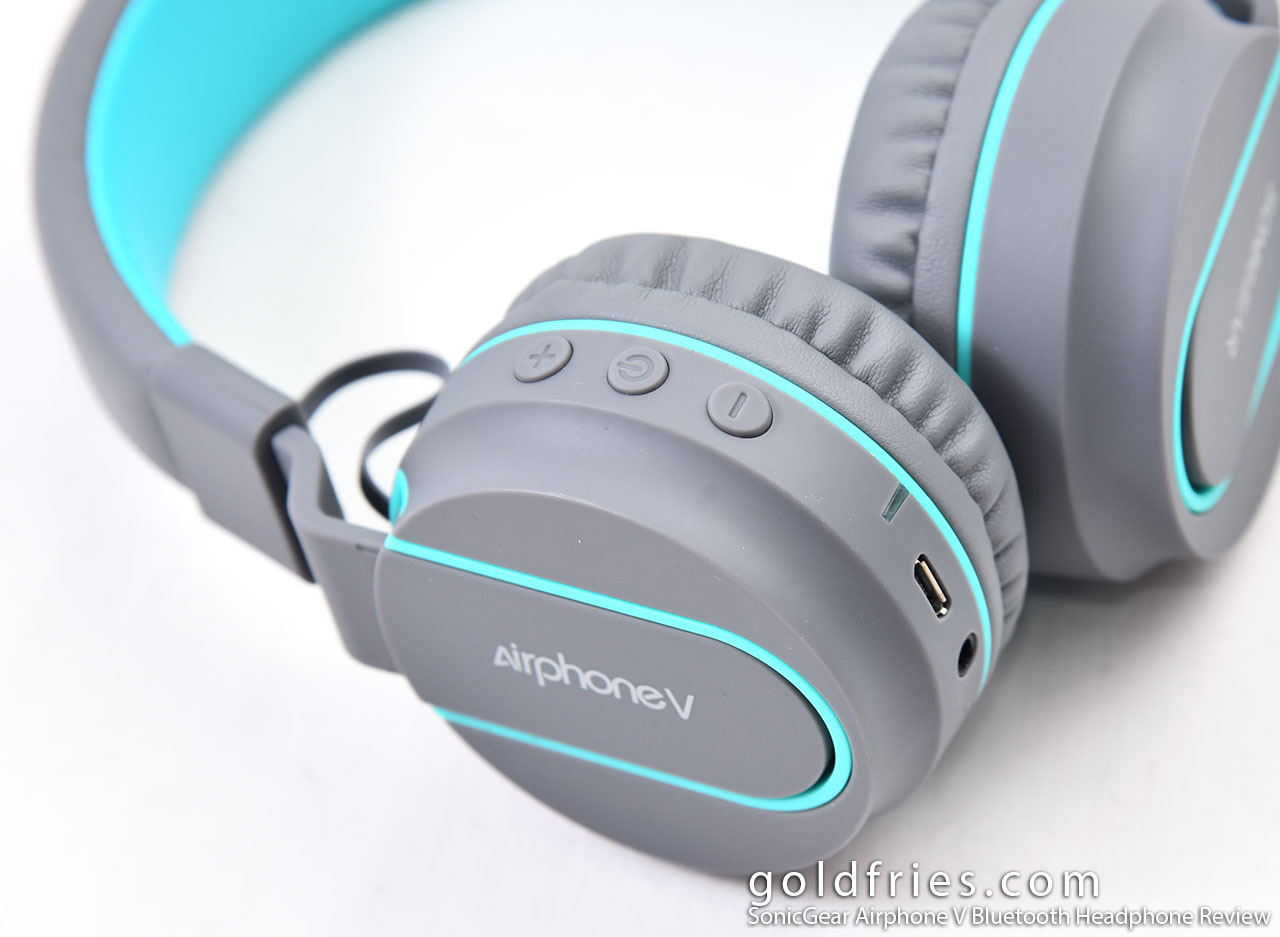 The earpieces are small, just barely cups the ears though sufficiently padded and covered in PVC. As you can see from the images, the wires are not neatly hidden as they come out from the head band and into the ear pieces. 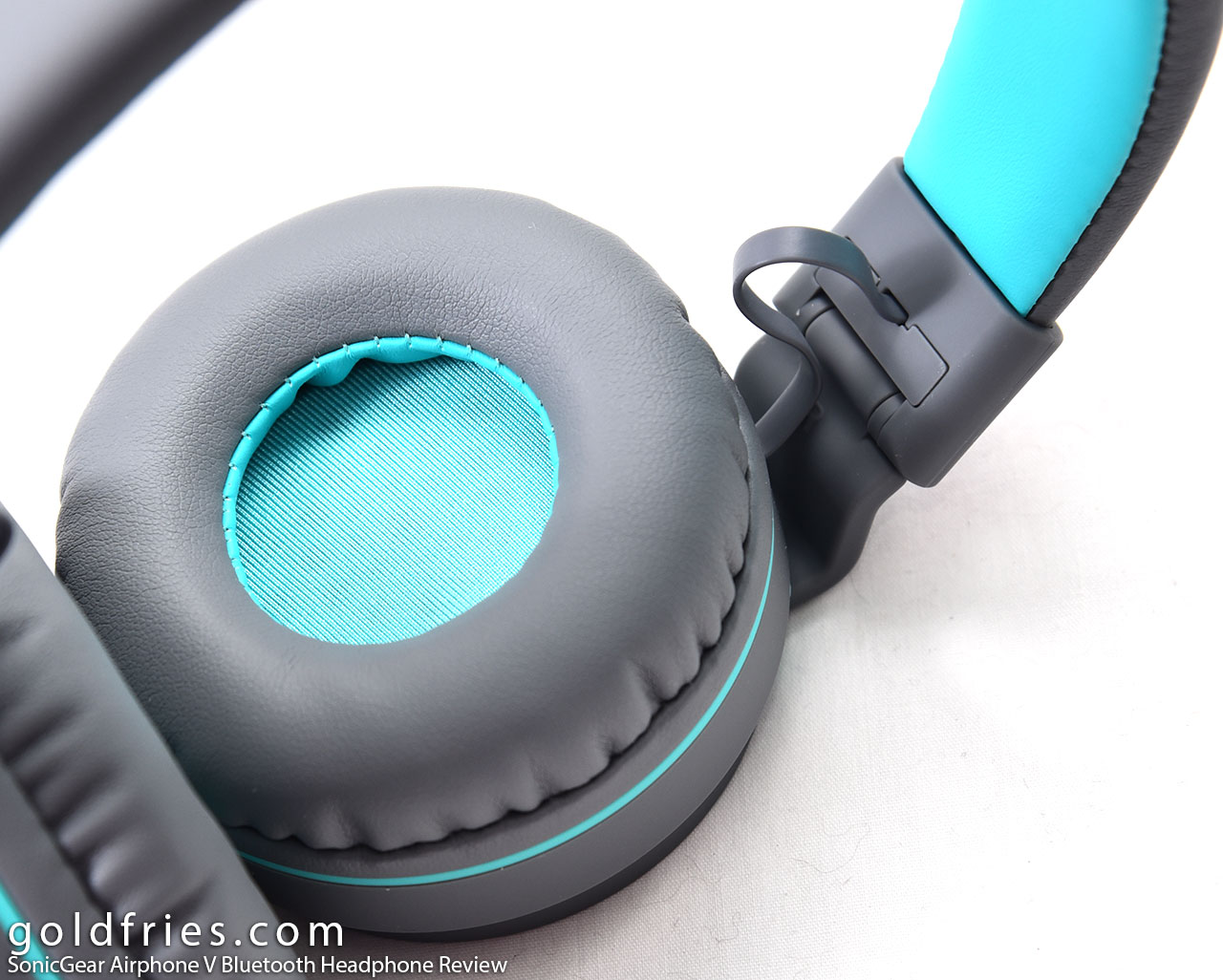 Bundled along with the SonicGear Airphone V are the cables for charging and audio connectivity. 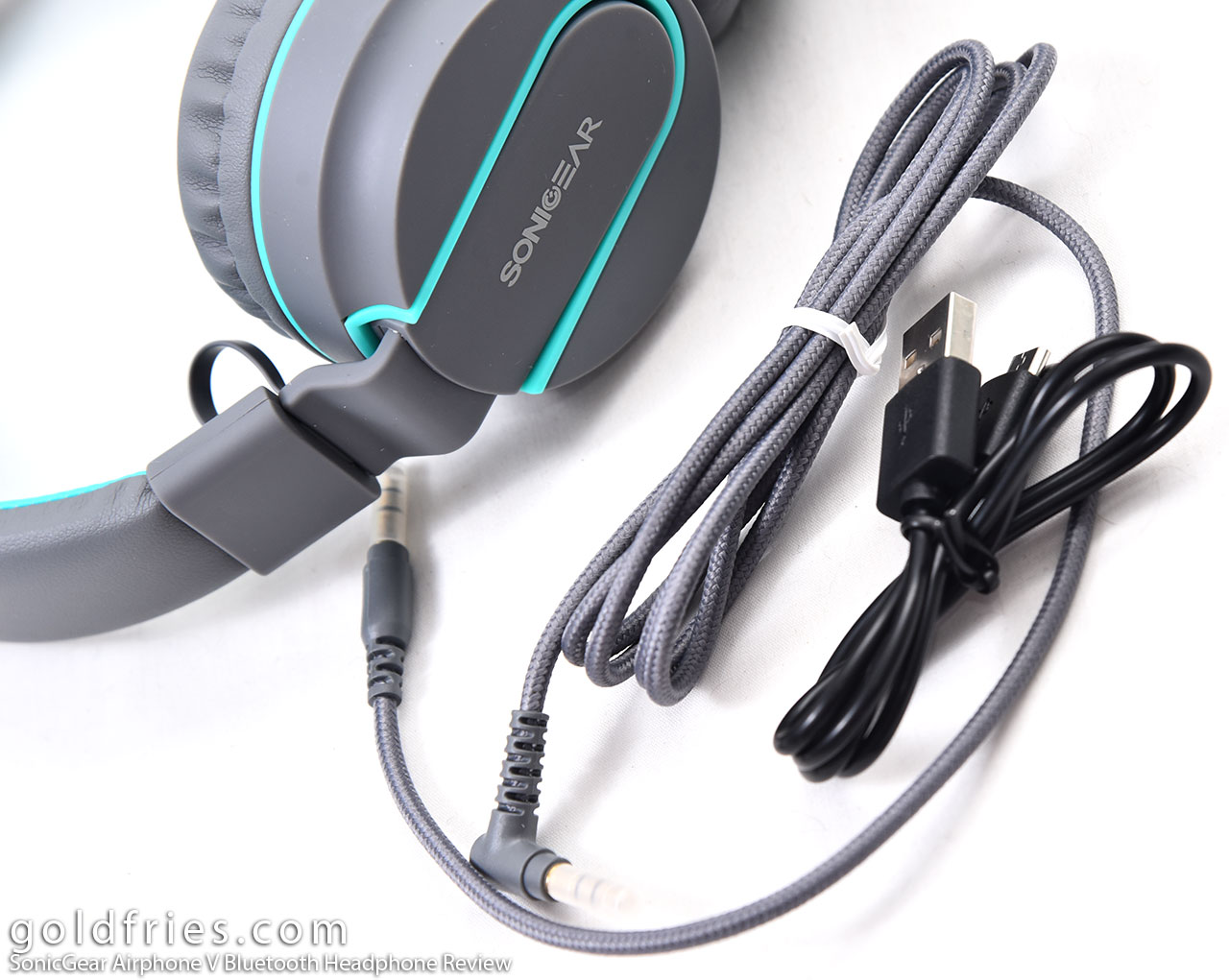 The Bluetooth signals covers a distance of up to 10m and supports HSP,HFP,A2DP,DI and AVRCP. That aside it has a built-in microphone, a 300mAh battery with up to 9 hours continuous operation (and 10 hours talk time) with Stand-by time up to 100 hours.

Bluetooth Pairing was easy but getting used to the headset took a little time as I needed to find the right fit. I finally settled with the best possible position, it was slightly uncomfortable as the band pressures the cup to the upper area more than the lower area. Since the earpiece movement is limited, I can only settle with the slightly uneven pressure applied to my ear. I reckon the SonicGear Airphone V suits better people who have slimmer head than mine. I’ve no complaints about the head band though, it’s comfortable and I don’t feel any weight on my crown (because it’s light!)

Audio output wise, I must say I’m impressed. That’s not to say that it’s mind-blowingly awesome or anything but for an RM 99 headphone with Bluetooth support, the audio delivery was pretty good. The treble is sufficient, the bass is surprisingly good though slightly lacking in quality of which I reckon that this is due to the sub-par mid tone delivery.

Sound stage is limited, good enough for the average person but it will not satisfy the audiophiles.

As for the controls, it was awkward that what seems to be the + / – buttons for volume ended up being a track selection button when the headphone is connected via Bluetooth. I’m fine with that, it’s just that I now am unable to adjust volume on the fly but I do get to select track. It’s a fair trade-off I suppose, though the function isn’t what’s intended.

The SonicGear Airphone V Bluetooth Headphone retails at just RM 99 – it’s an inexpensive way to have reasonable audio output while not being tangled with wires. 😀 I like it actually, I’m quite a picky individual myself when it comes to audio quality but the SonicGear Airphone V seems to meet my bare minimum requirement, in fact I’m actually more concerned of this uneven pressure on my ears and that is the downside of this headphone (at least to me) as it will tremendously affect the number of hours I’m willing to have it on my head, which isn’t much.