With the skyrocketing of PC component prices, it’s quite surprising to come across a sub RM 200 AIO cooling system such as the Segotep Water Cooling 120. 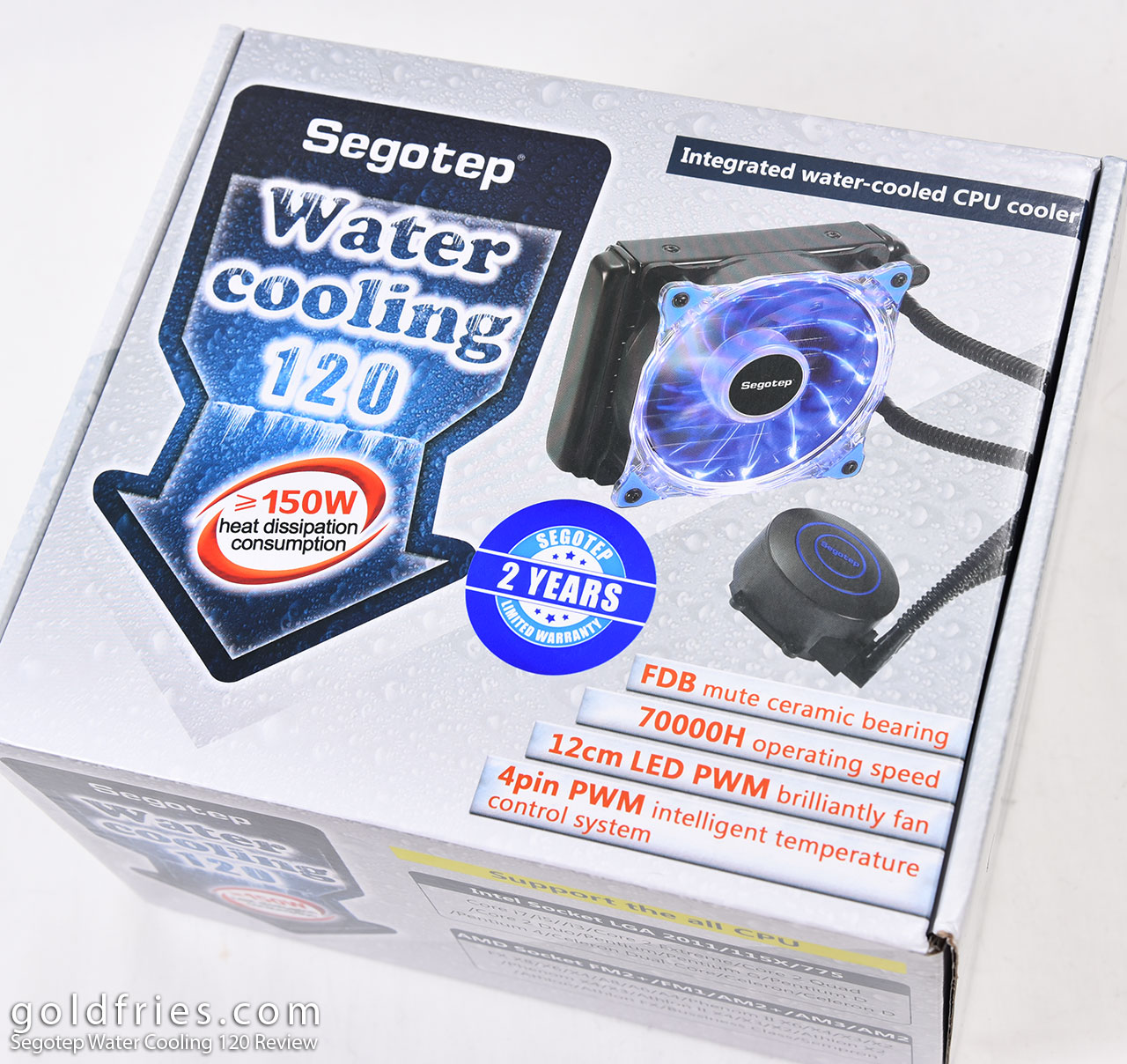 The product is simple as its name suggests, no fancy titles and such – just ‘Water Cooling 120’ of which the 120 indicates the radiator size. 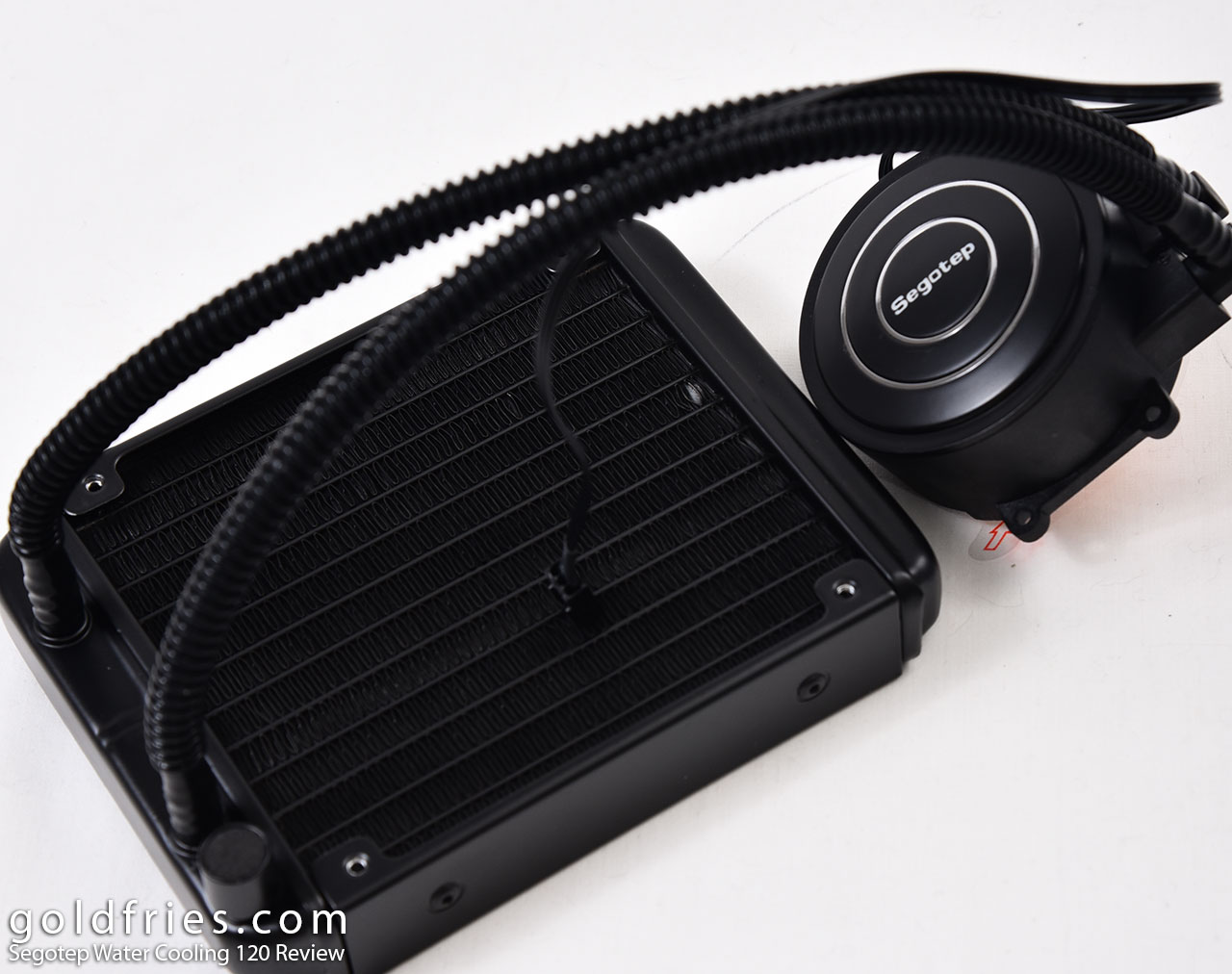 The unit comes with a blue LED fan, that’s to match the blue colored LED on the pump. 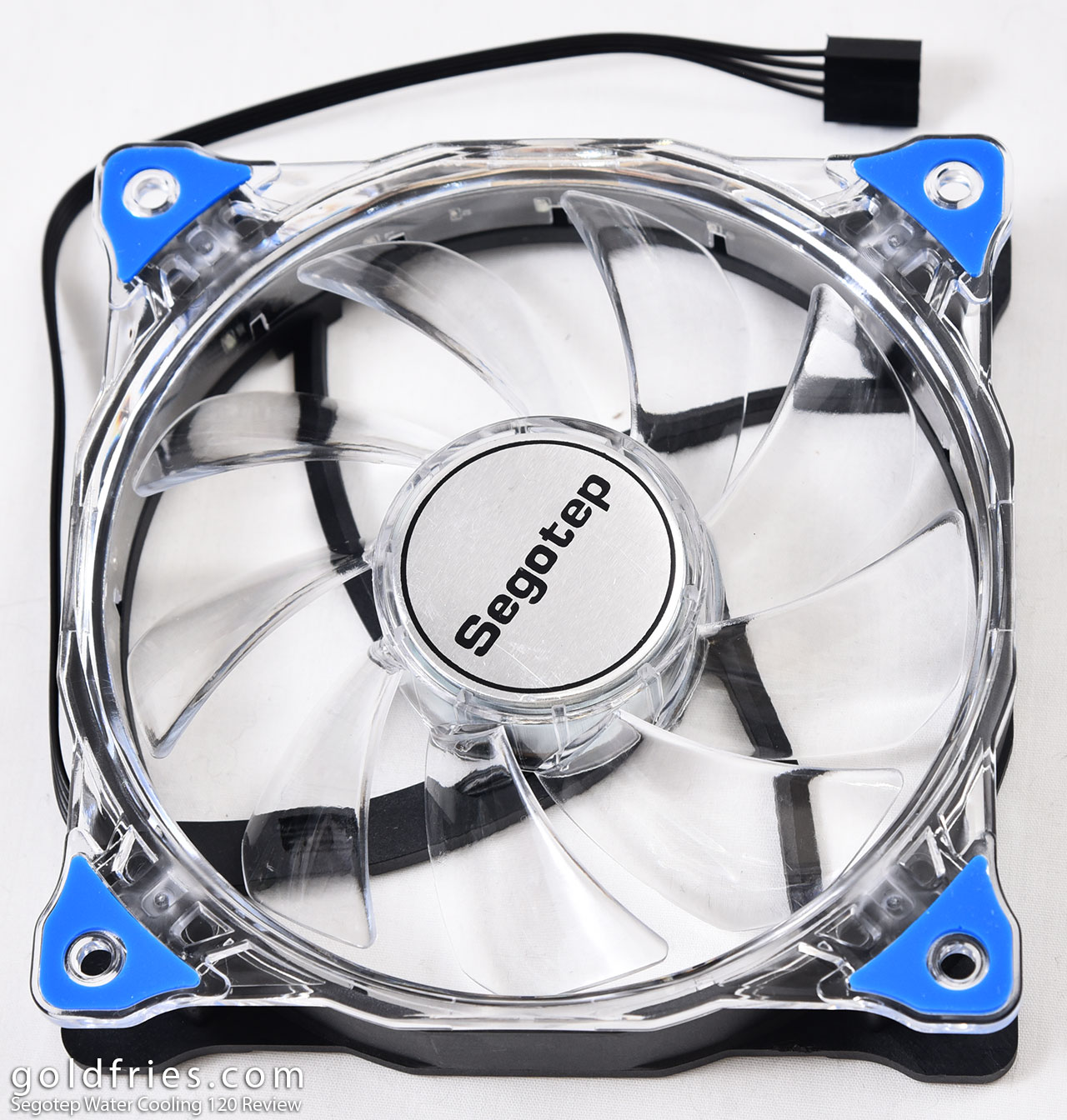 The unit comes complete with all sorts of mount except for the new AMD AM4 mount – a bummer on that aspect. 🙁 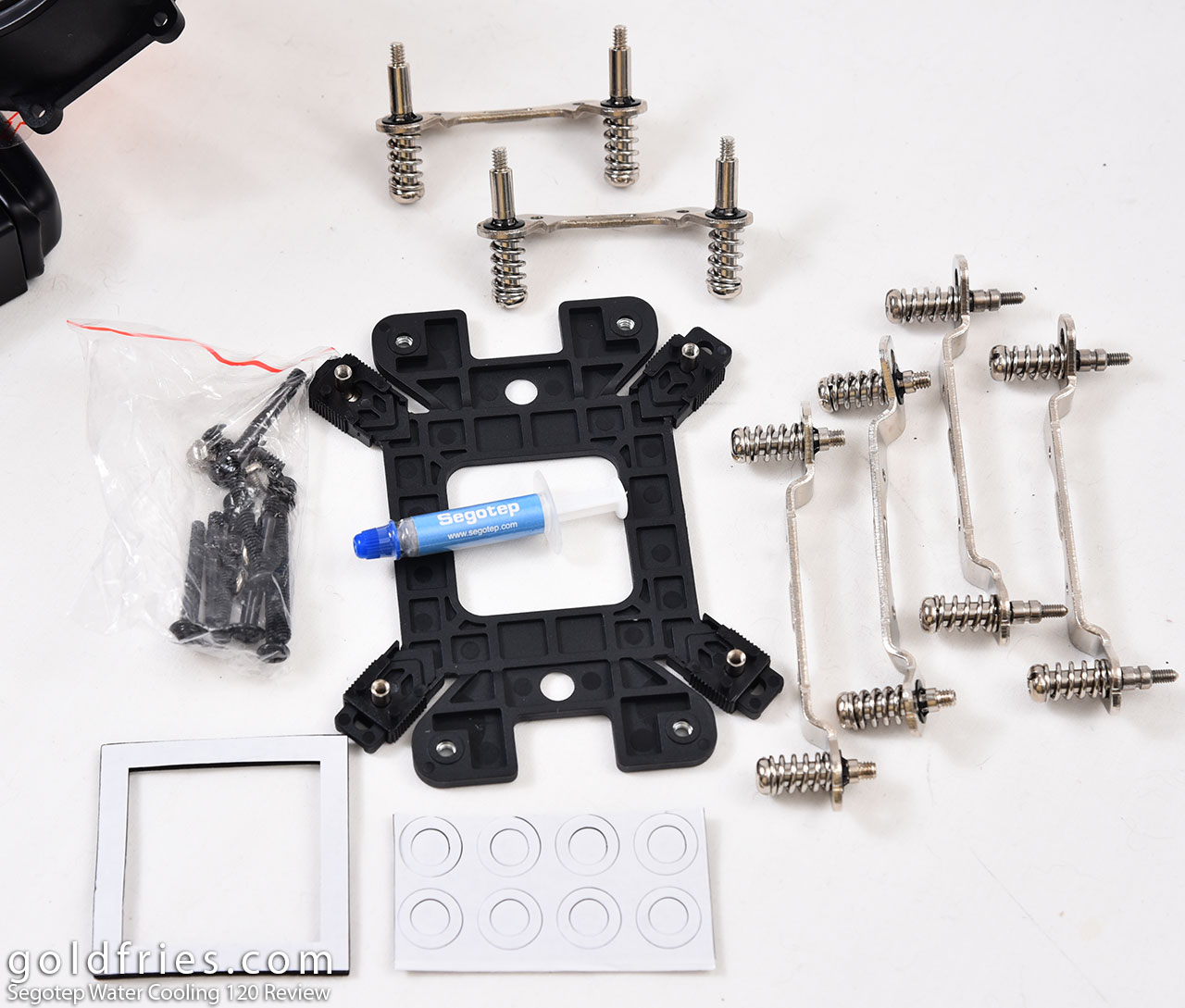 Here’s what the Segotep Water Cooling 120 look like when mounted. 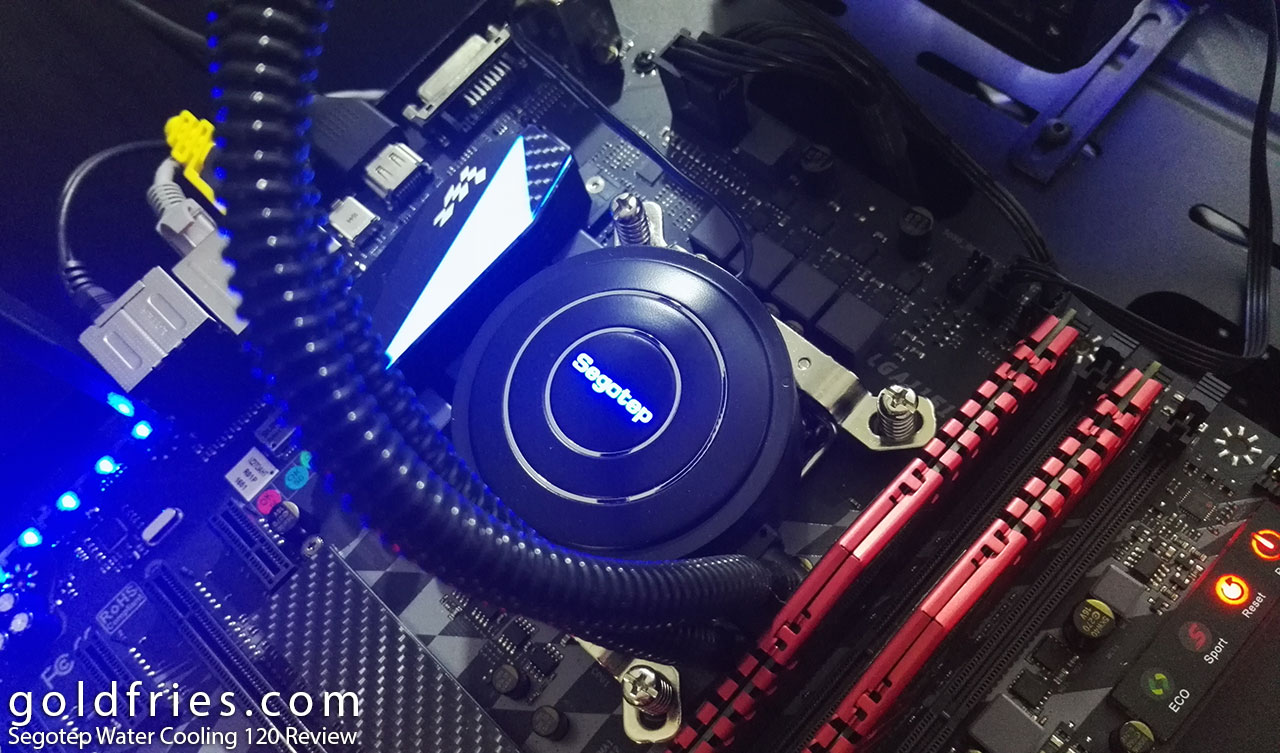 The Segotep Water Cooling 120 is simple, the tubes are not long and neither are they thick but they curve nicely without requiring much force and it functions silent when performing its role.

On the down side, attaching the mount types does require one to exercise a bit of finger acrobatics as you keep the mounting plate in place while attempting to twist the screw into place. The back plate installation isn’t friendly either so you’ll have to clasp it with one hand while attempting to twist the mount into place. Put it simple, it’s a little tedious but not difficult.

Below is the benchmark of which I’m quite surprised, it held ground very well despite being faced with a high-clock processor with voltage pumped. 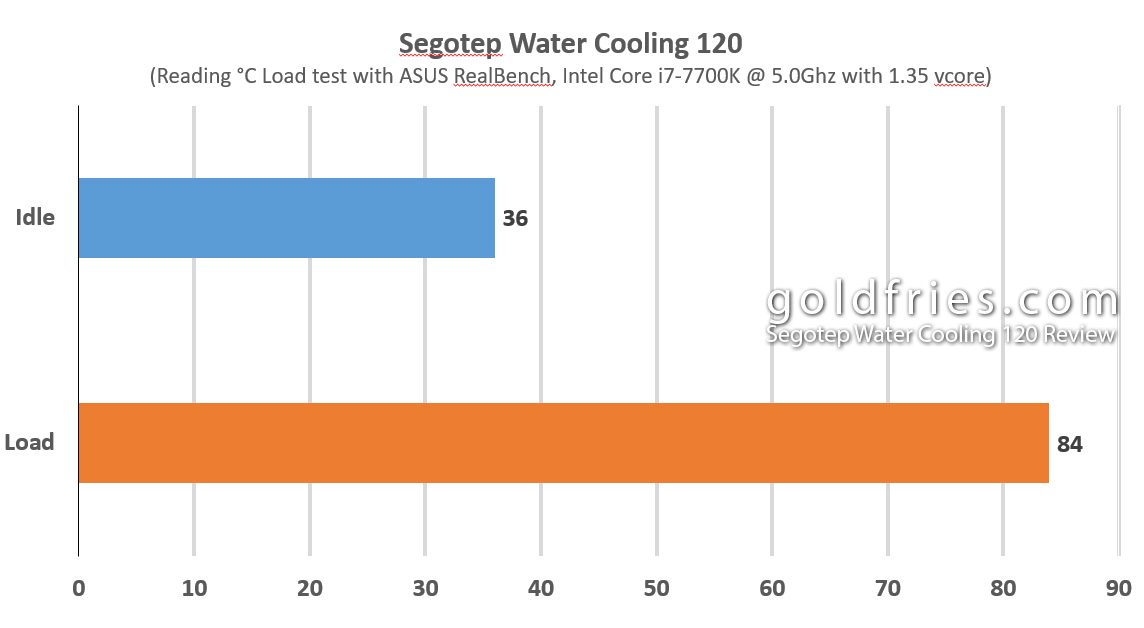 The Segotep Water Cooling 120 retails at just RM 169 and it comes with 2-year warranty, it’s a little tough to mount while being blue (in LED) and lacking AM4 mount makes it versatility a little limited.