Finding a room for a desktop easy might be a daunting task for people space itself is lacking, so we have solutions like the Silverstone SG13 here that’s sleek and elegant, and fits into practically any space without standing out like a sore thumb. 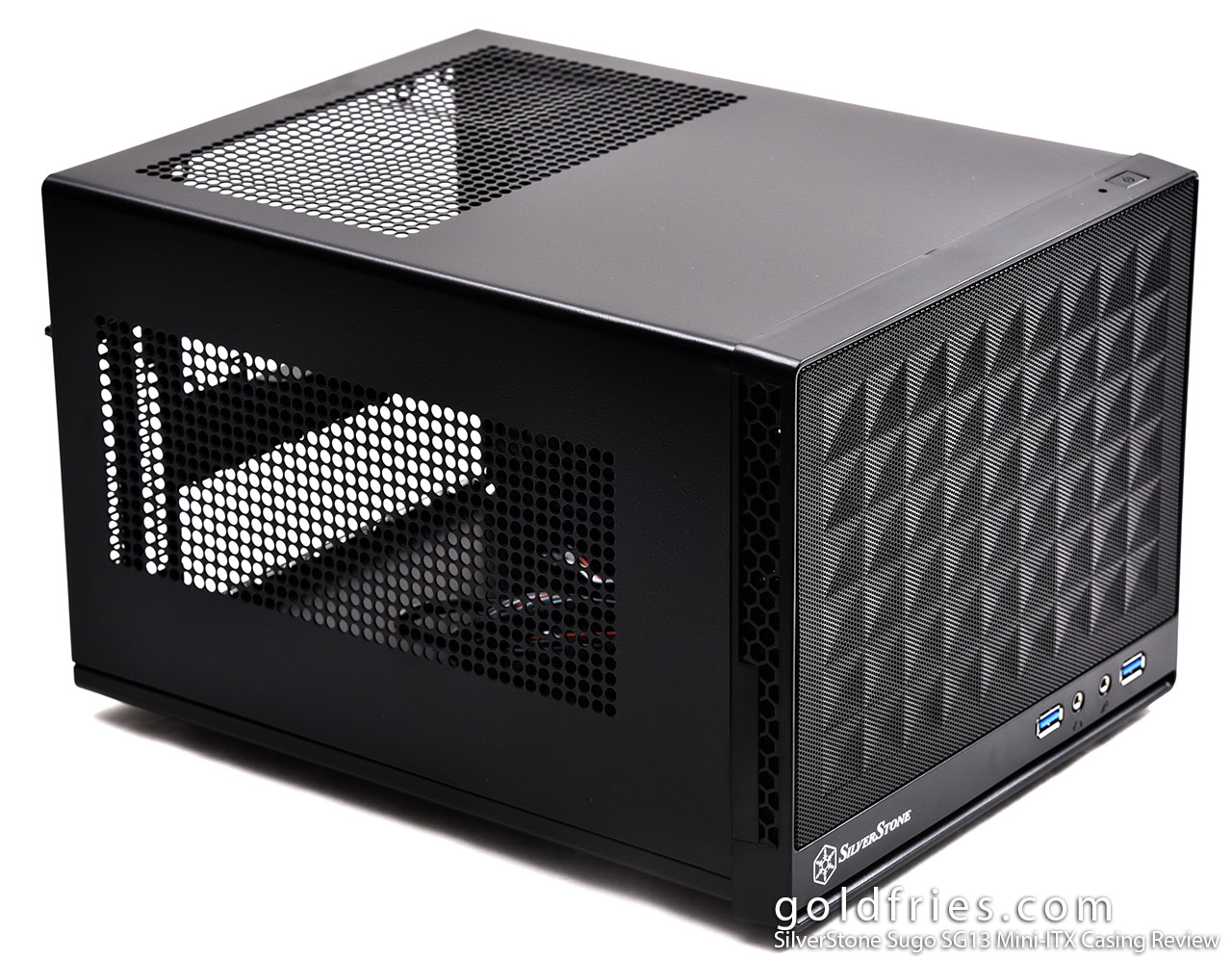 From the front, the Sugo SG13 comes with a modern-looking grid-like front panel that’s removable. Underneath the panel are mounting holes should you wish to install additional components, such as a fan (works with fan sizes up to 140mm). What I didn’t like about the Sugo SG13 is that the front panel is secured via screw. I would’ve just placed the panel without screws on though, or perhaps just leave 2 bottom screws instead of having all 4 mounted. 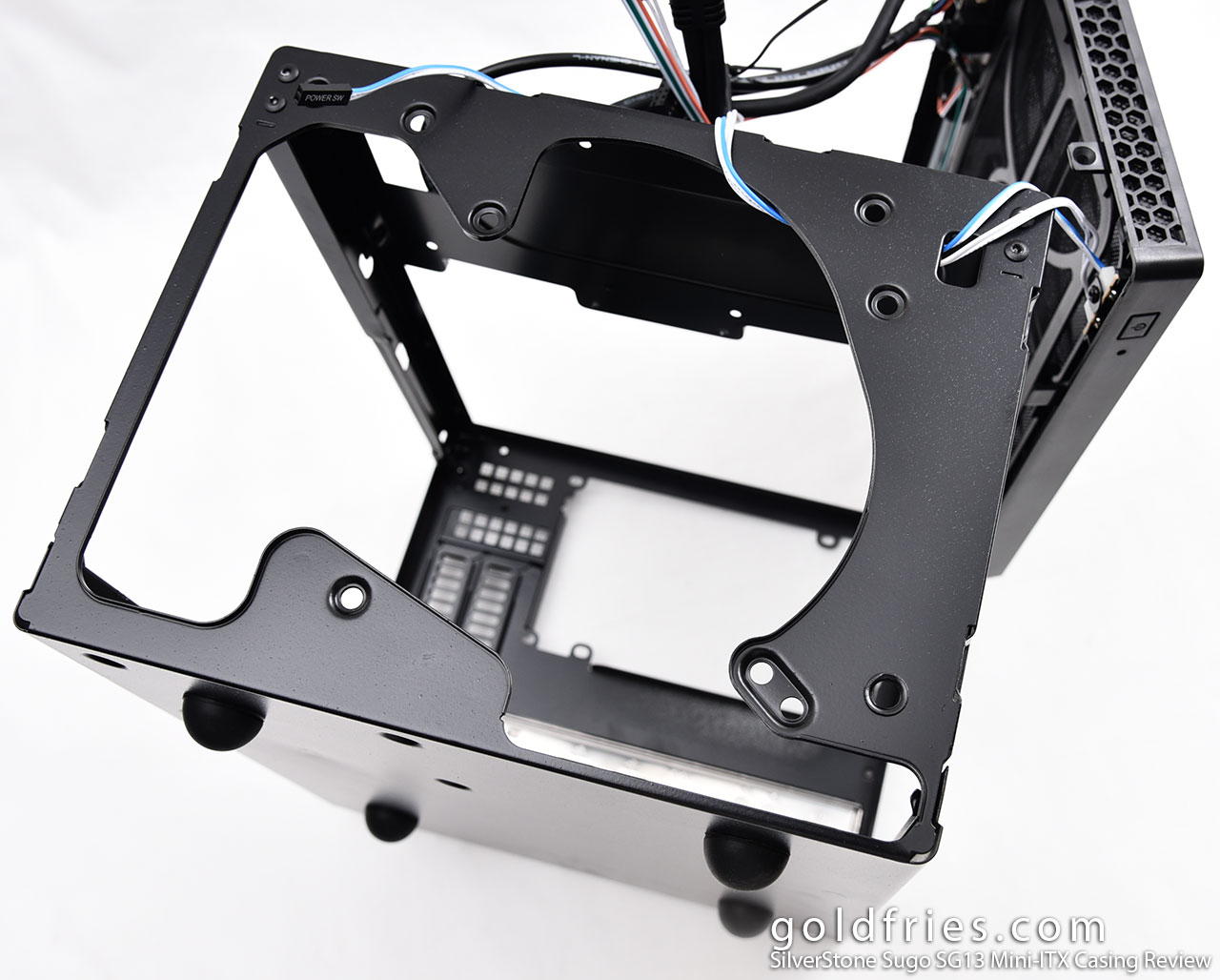 Here’s the view from the rear, from here you’ll see also the side and top panels that are with grille openings. I do wish that SilverStone used thumbscrews instead the normal screws here, would’ve made panel removable a lot easier.

The nice thing about the Sugo SG13 is that you can use ATX sized PSU on it. 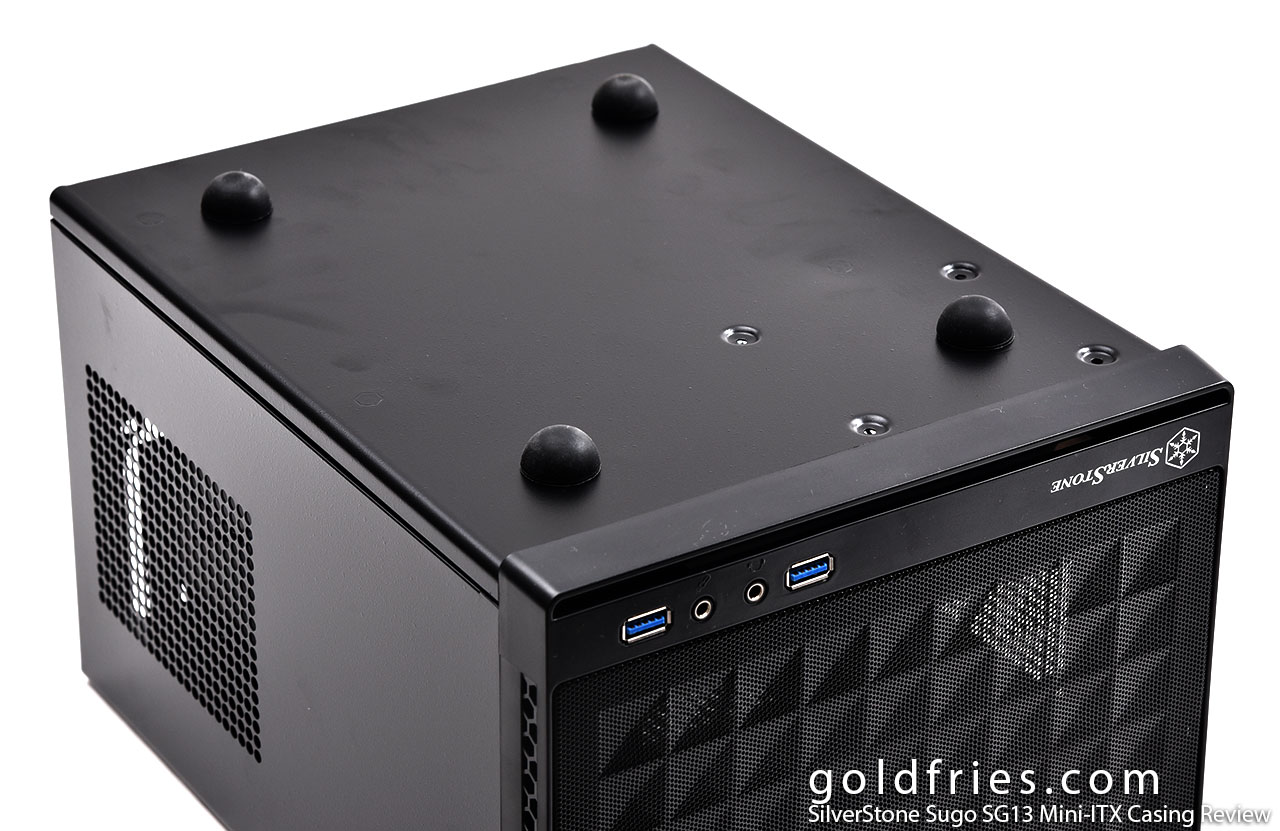 Now before we proceed to the next page where I talk about the internals, have a look at the specs as seen on the official product page.