Over here you’ll see that the riser comes pre-installed and in fact the riser is attached to a removable piece where you mount the graphics card and SSD. 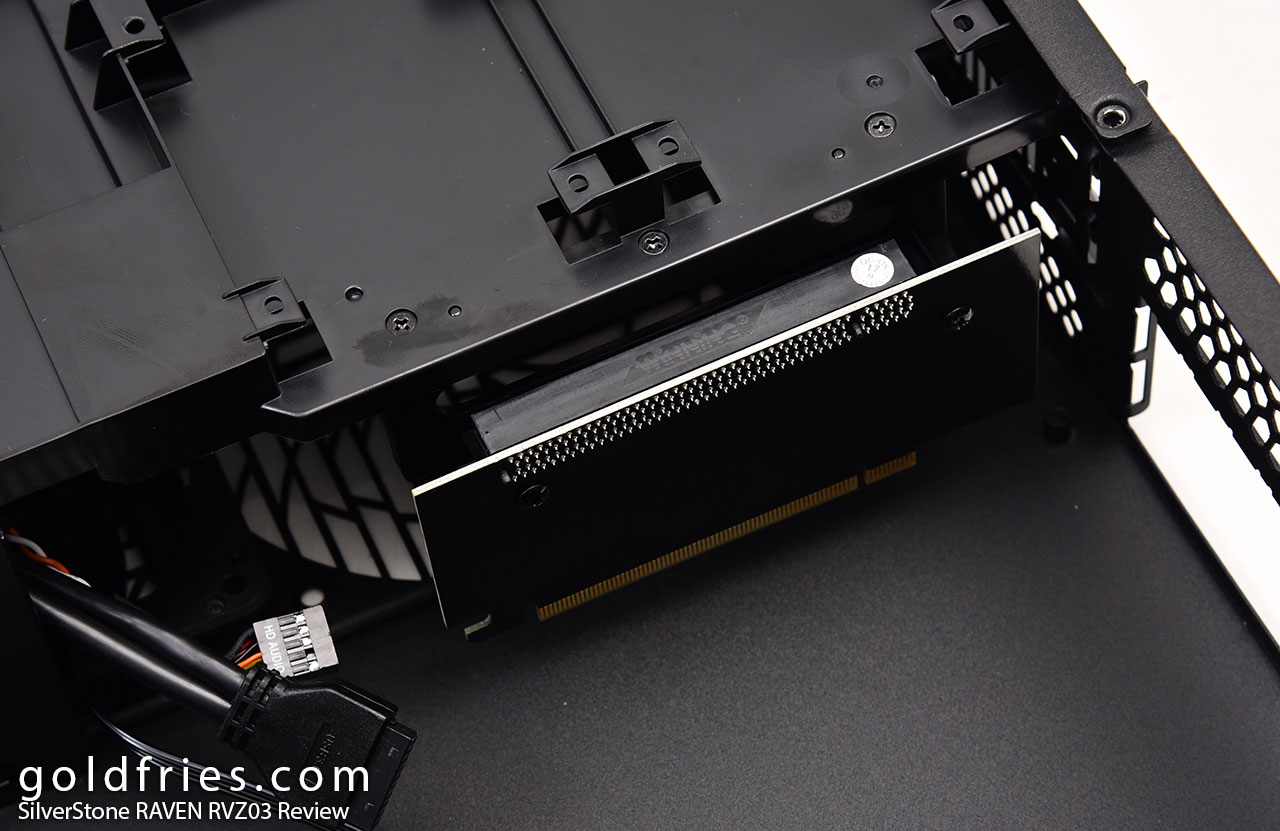 Here’s what the piece looks like once removed, the panel is secured by no less than 6 screws – secure, but tedious should you need to do anything to that area. 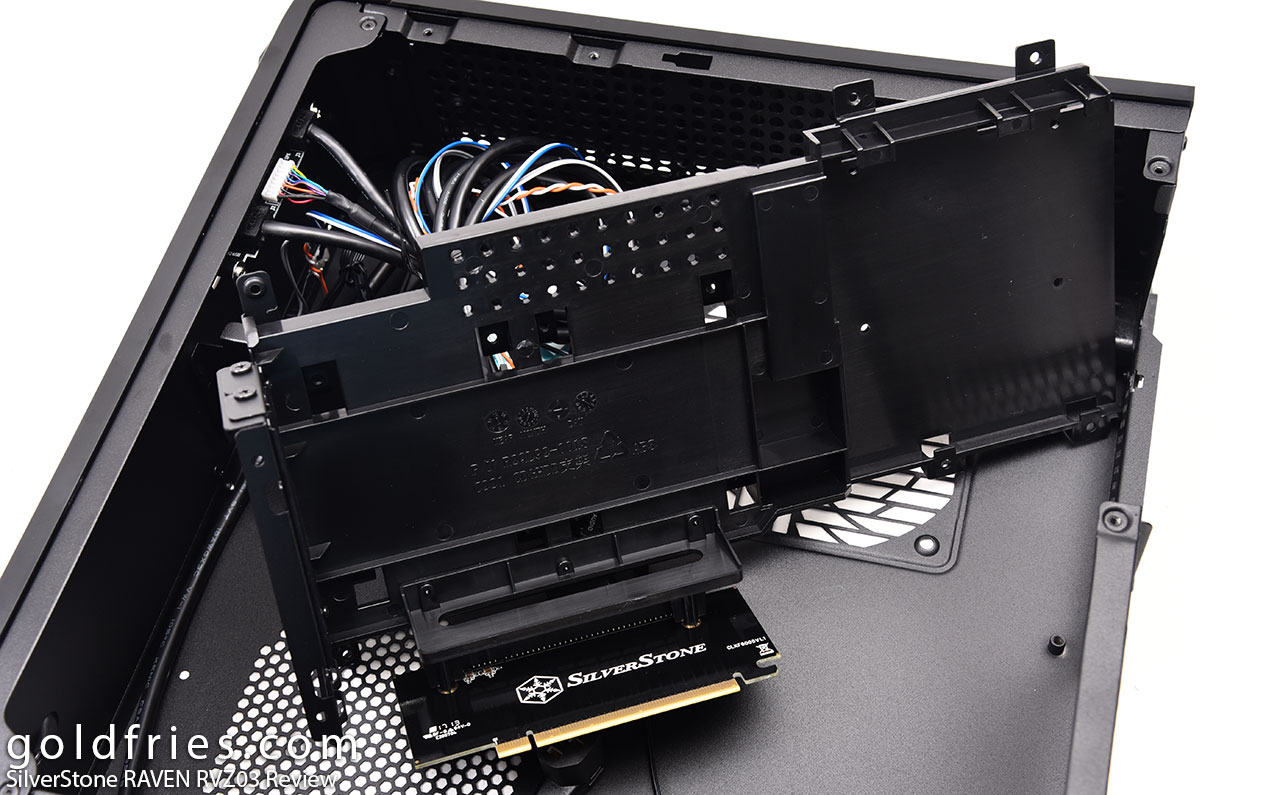 Here’s the space where the graphics card resides, and a whole bunch of cable before I did the management. 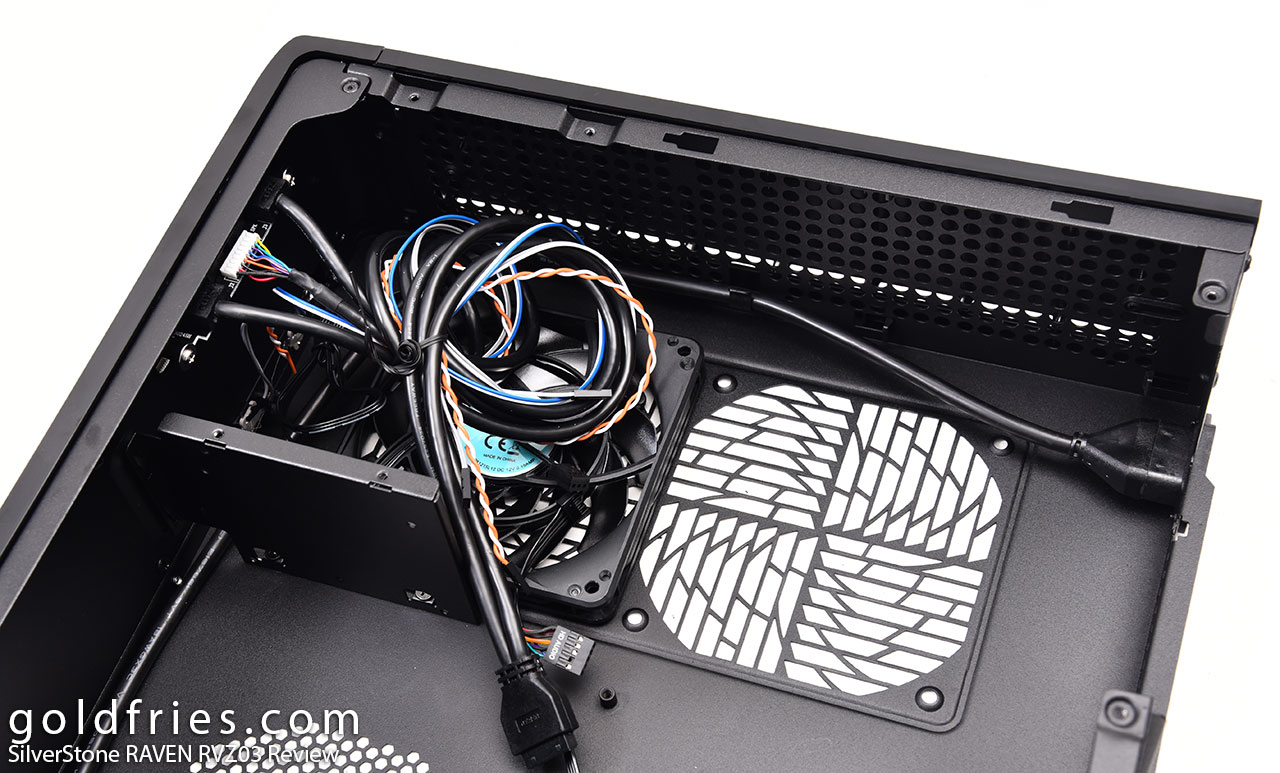 Now about the PSU bracket, I find it extremely disappointing that it doesn’t support SFX PSU. It’s good that his casing accommodates ATX sized PSU but the thing is that the PSU is recommended to be no longer than 140mm.

SilverStone has the Strider Platinum series ST85F-PT which is an awesome PSU that’s compact and modular but the thing is not many PSU are of that design, furthermore no one needs that kind of power for a Mini-ITX setup as this.

My modular PSU like the ThermalTake Toughpower Grand RGB 650W wouldn’t fit, and I can’t use my SilverStone SFX Series SX600-G 600W because the mounting bracket doesn’t accommodate it.

In the end I can’t use any of my 80Plus Gold PSU and had to resort to my lower end ThermalTake Smart RGB 600W – just because it’s compact enough to fit but I had to live with the cables as it’s a non-modular unit.

Another flaw in the layout is that for PSUs such as the ones from ThermalTake that I’m using, I’m no longer able to press the button on the PSU to toggle the colors. 🙁 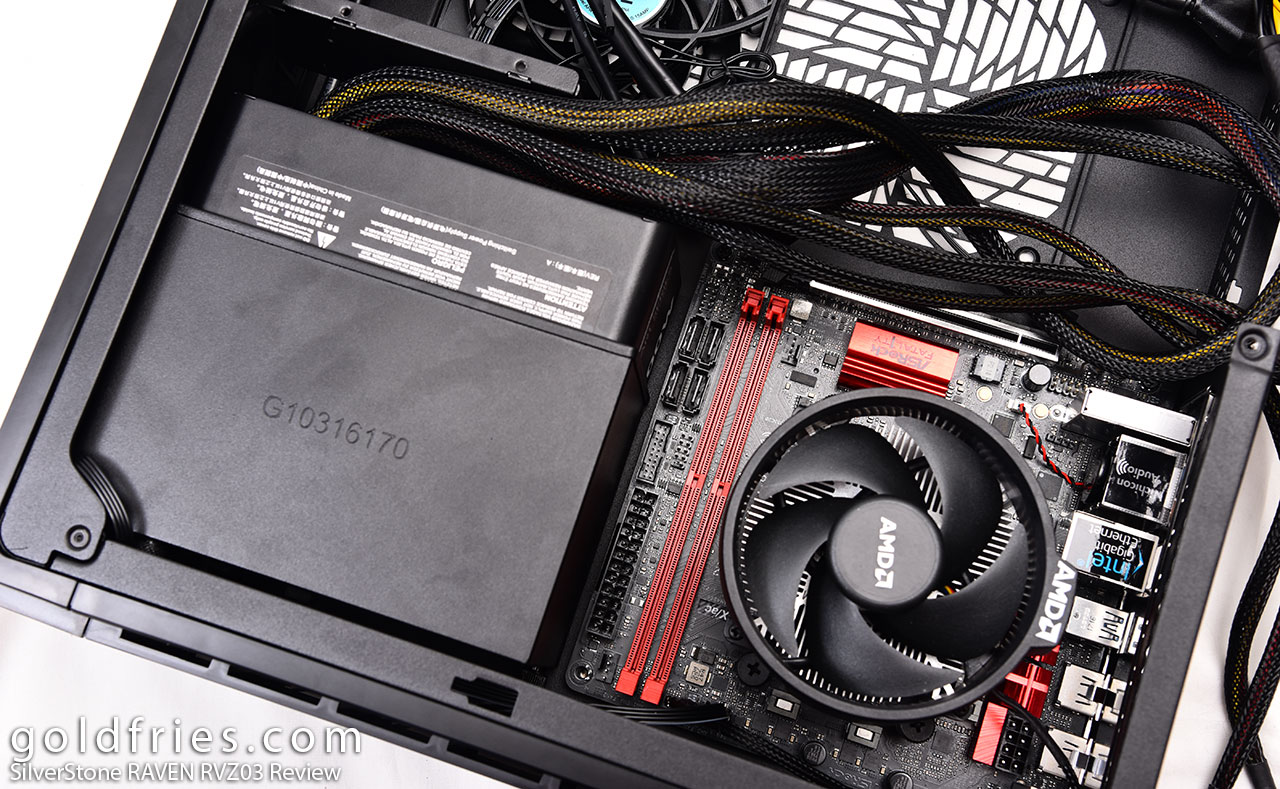 If I were to be able to mount the SFX unit right on it then it would’ve been splendid as I would have more space and less cable mess to deal with. I do have an ATX to SFX PSU converter somewhere in the lab, I’ll just have to find it. 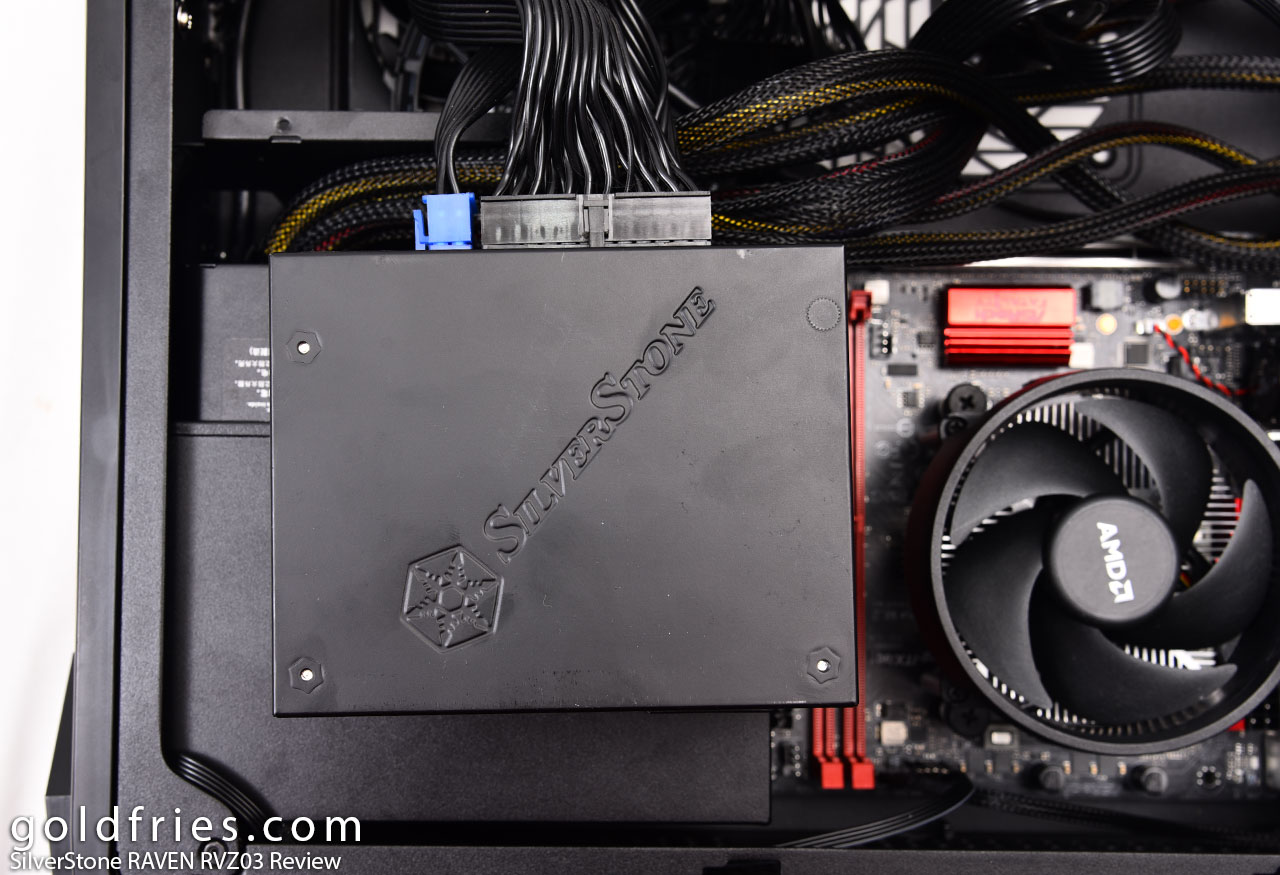 And so this is what it’s like having to deal with a bunch of cables, oh and in case you didn’t notice it yet I am able to have AMD’s Wraith cooler installed into the system however with the mess and all I had to unmount the slim profile 120mm fan from the cover. 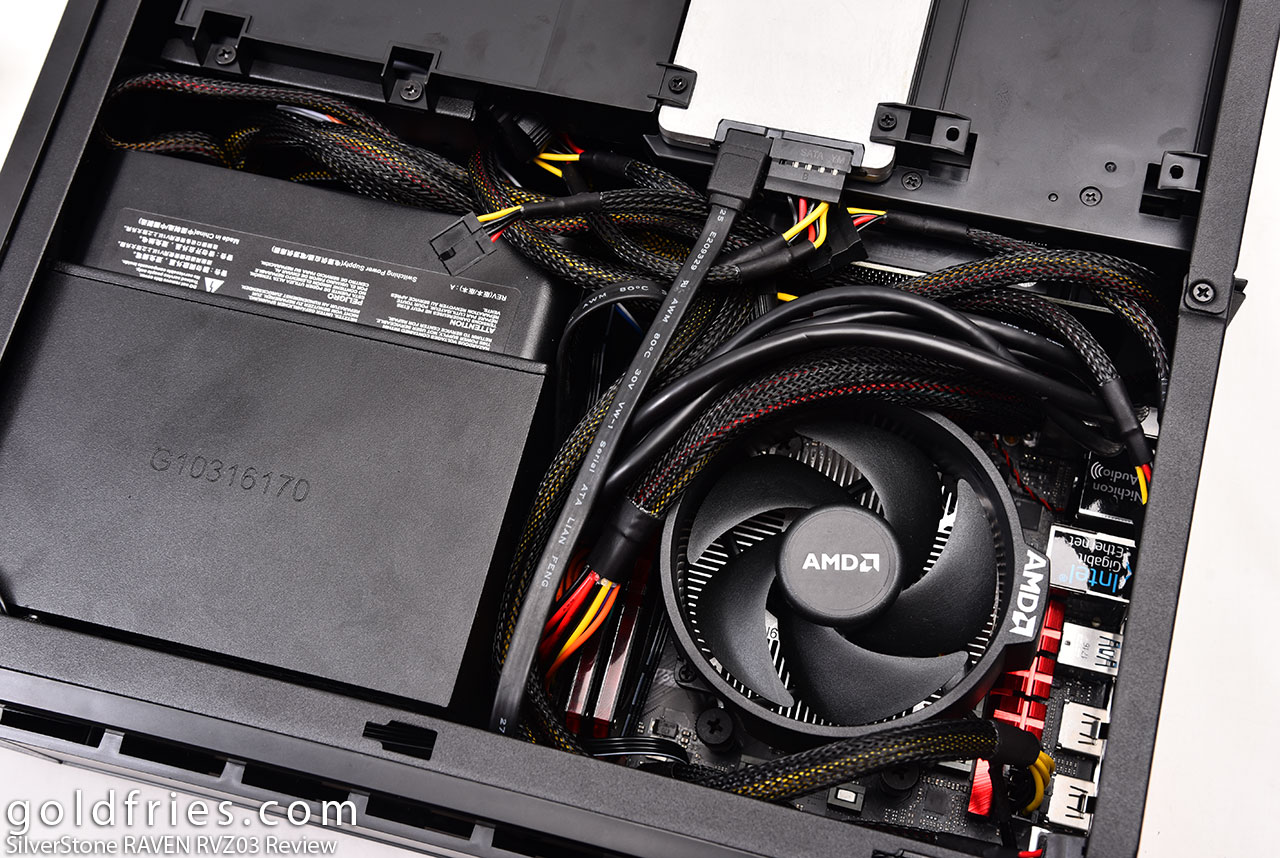 That aside the panel for graphics card is good but I think they did a horrible job in the manual, little to no detail on how to assemble that 2-piece support arm. I got it figured out as I have the RVZ02 and it has something similar.

What I didn’t like about the overall design is that should you need to meddle with the graphics card, you first need to remove the cover, then after that you need to unscrew at least 6 points to remove this graphics card mounting piece. In the process of doing so you are likely to have to disconnect both data and power cable to the drives as well. 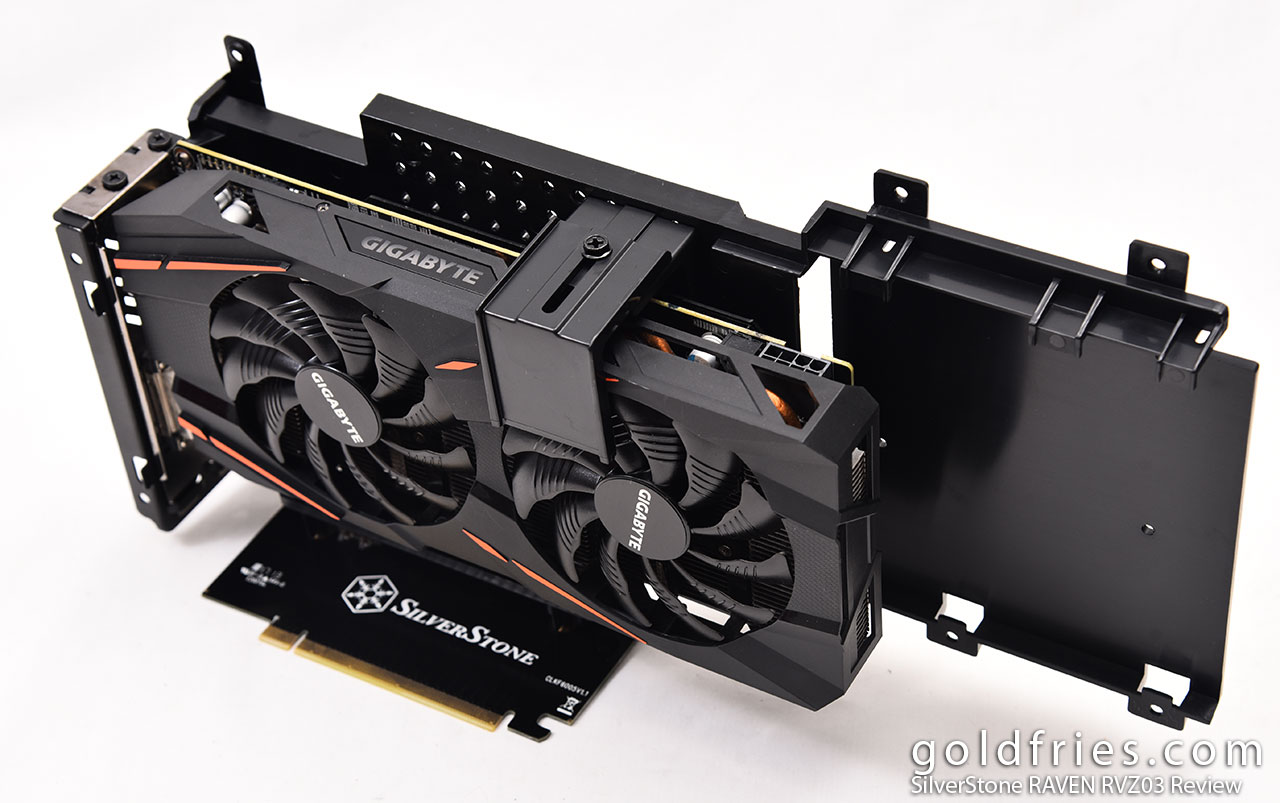 That aside, I think what SilverStone did by including the LSB01 RGB lighting hub is thoughtful, this is handy for those who are using old boards without the RGB connector header BUT would like to have the RGB lights bling away. 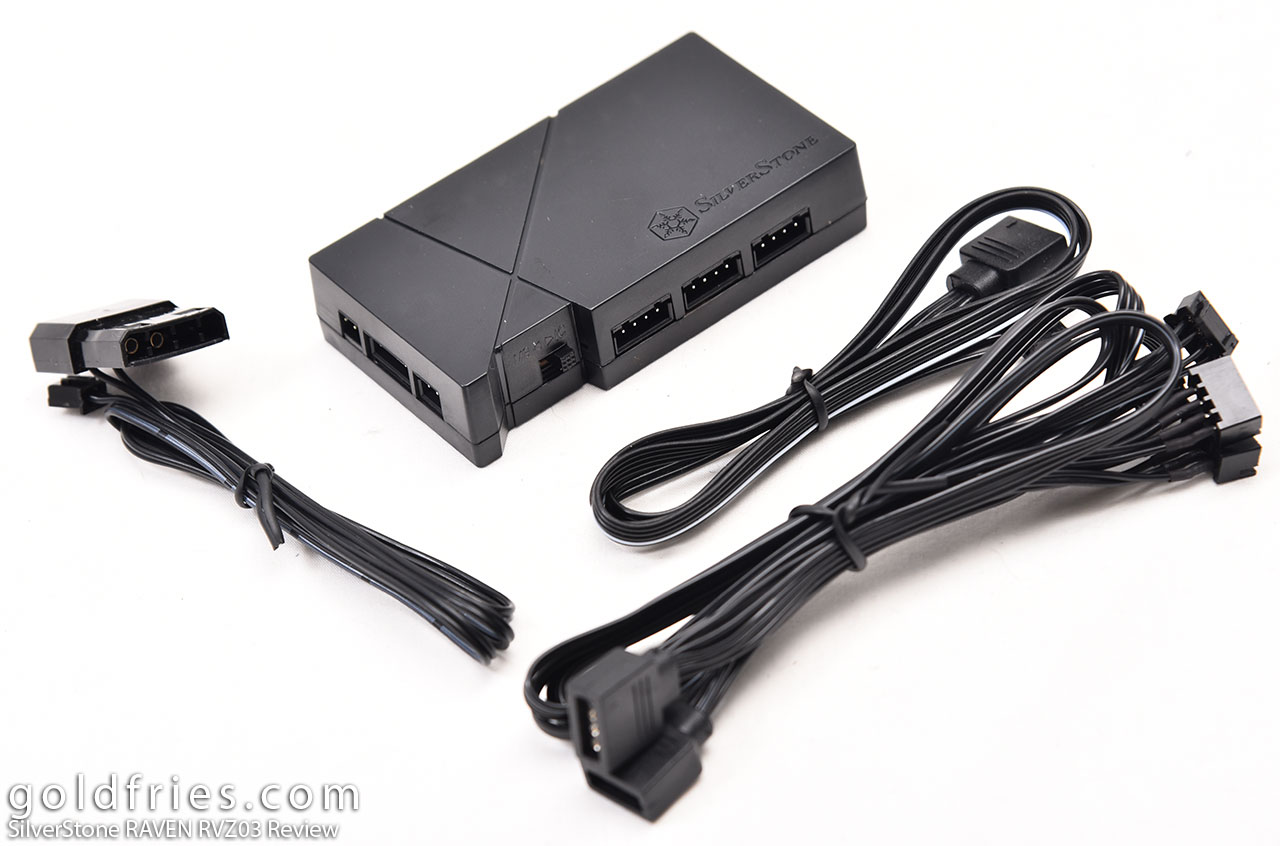 Lastly, check out the RGB lights!

The SilverStone RAVEN RVZ03 retails at RM 459.00, it’s a nice casing for Mini-ITX setup and it comes with RGB lights for those who likes bling.

The casing however suffers quite a bit from the issues I mentioned. My main complaint would be that I’m unable to use SFX PSU right out of the box. Ironically SilverStone is THE BRAND when it comes to SFX PSUs. 🙁