One might wonder why this board is called the “Biostar X370GT5 Ver. 5.x”, with a version number at the back. Has there been 5 revisions? I don’t think so but I’ll just leave it at that. 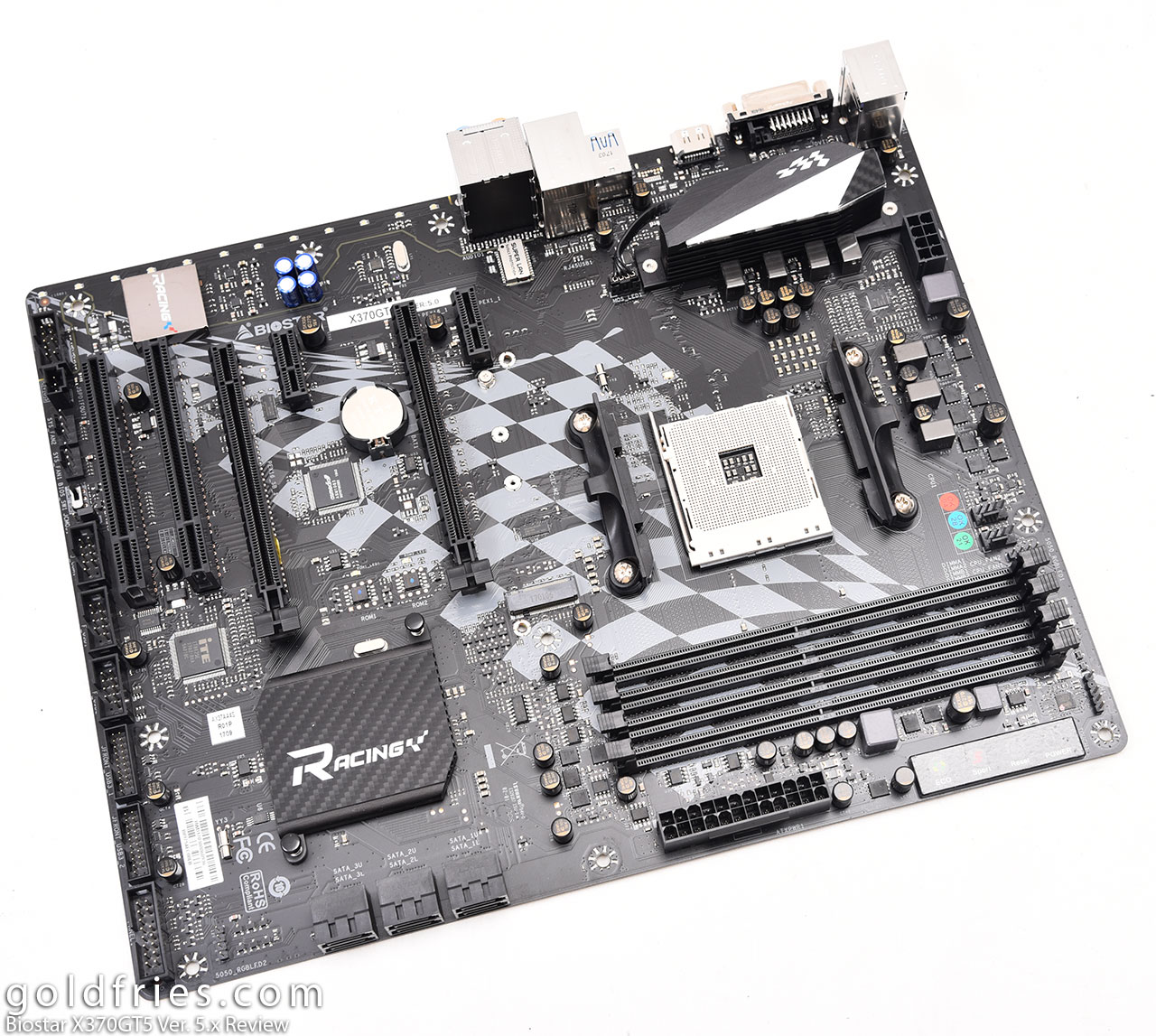 As with the rest of Biostar’s board line-up, the theme is RACING and you’ll see the pattern on the board PCB itself.

The X370 chipset for AMD Ryzen system was made for overclocking however the Biostar X370GT5 comes with only 8 power phases and that might hurt quite a bit when it comes to overclocking, more on that part later. 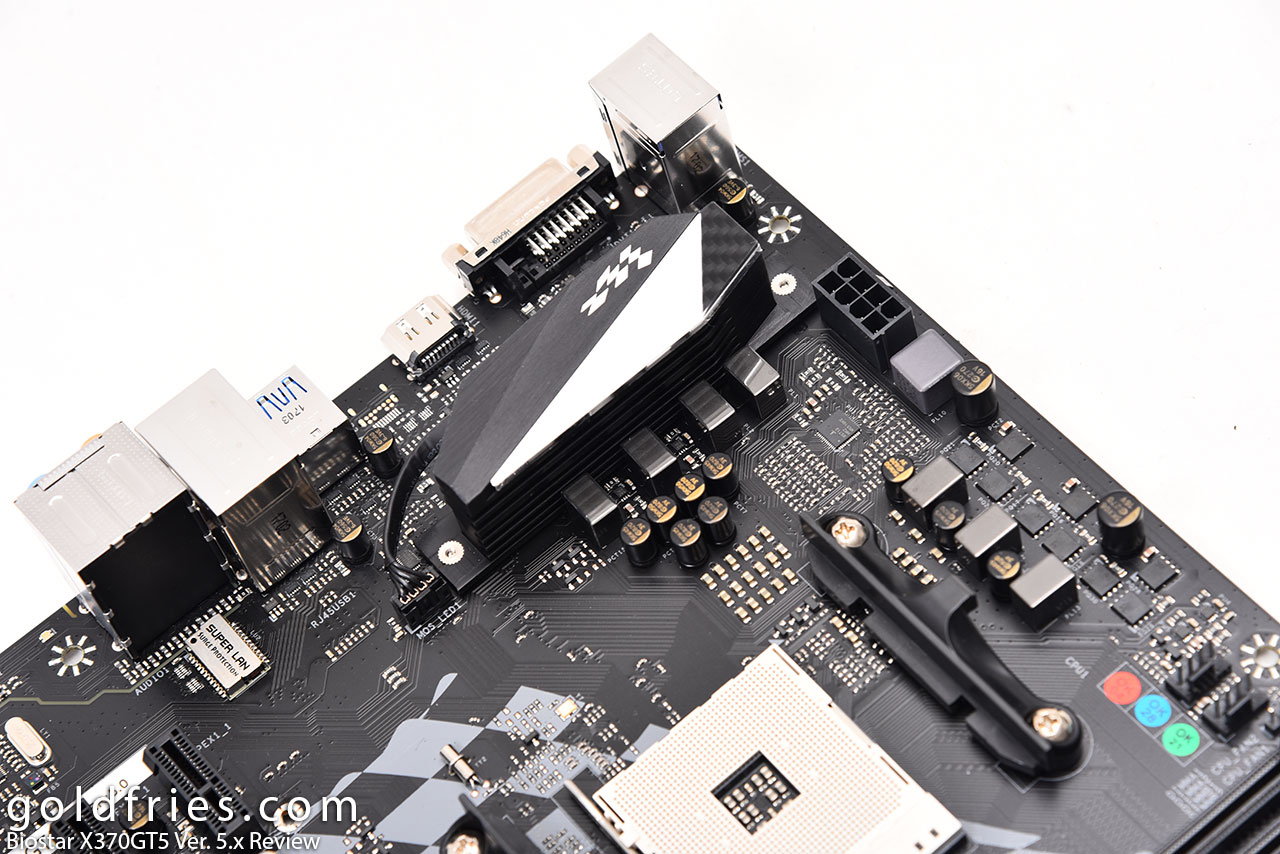 That aside the heatsink is small and if you’ve seen how Biostar board works, the heatsinks has LED inside and it’s RGB enabled too!

On this side of the real estate there’s nothing much other than the usual connectors, of course there’s the signature GT Touch for touch panel operation, something I’m always fond of.

The thing I’m not fond of however is that it totally lacks connectors, not even USB 3.0 connectors at this point. Why? 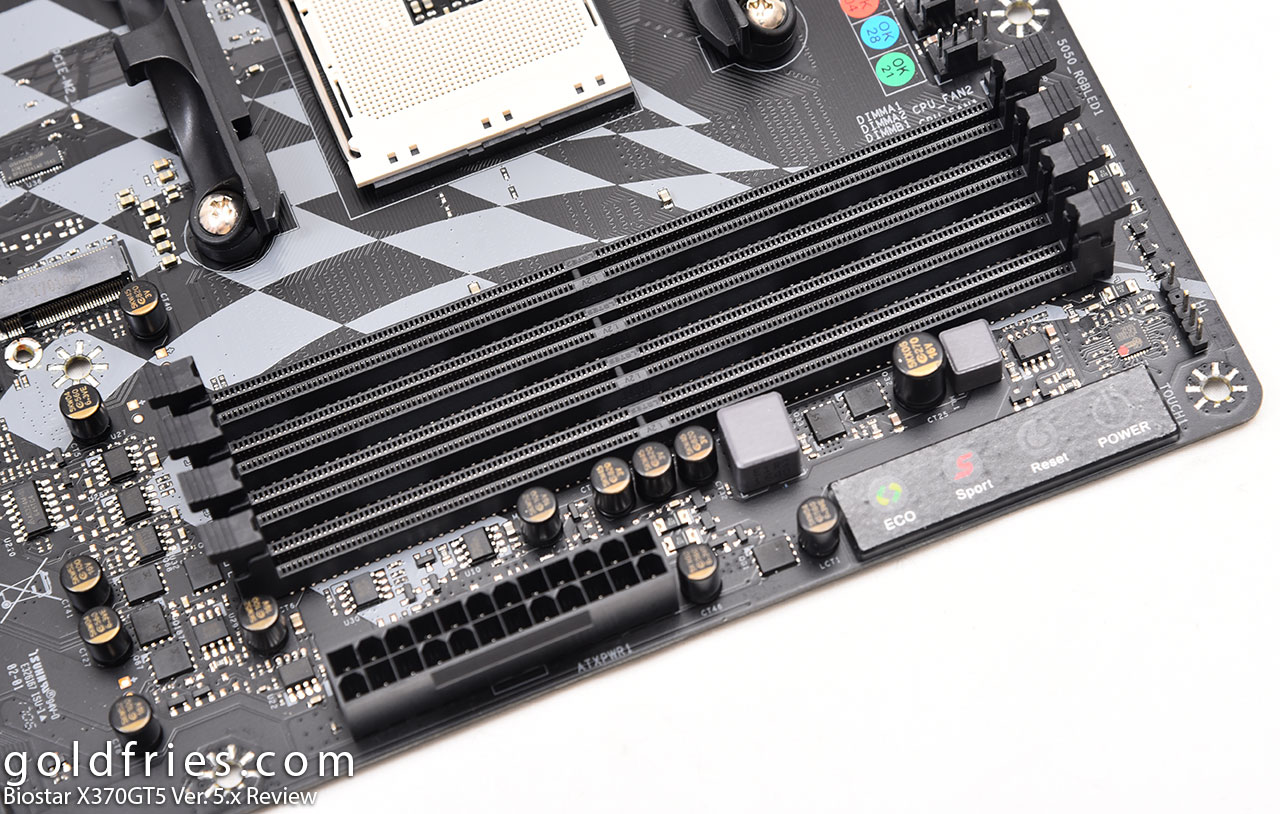 Ouhhh so now I see why – the USB 3.0 connectors and whatever other connectors are placed right at the bottom corner of the board. I like that they’re all shielded but the location is a huge compromise, especially if you’re using a huge casing of which the USB 3.0 connector cable may not reach, and to make things worse – the front panel jumpers aren’t layout like what most boards have (9 pin).

Biostar calls it the “Header Zone”, I understand their rationale but I don’t think it works well when USB 3.0 cable can’t reach the connector. 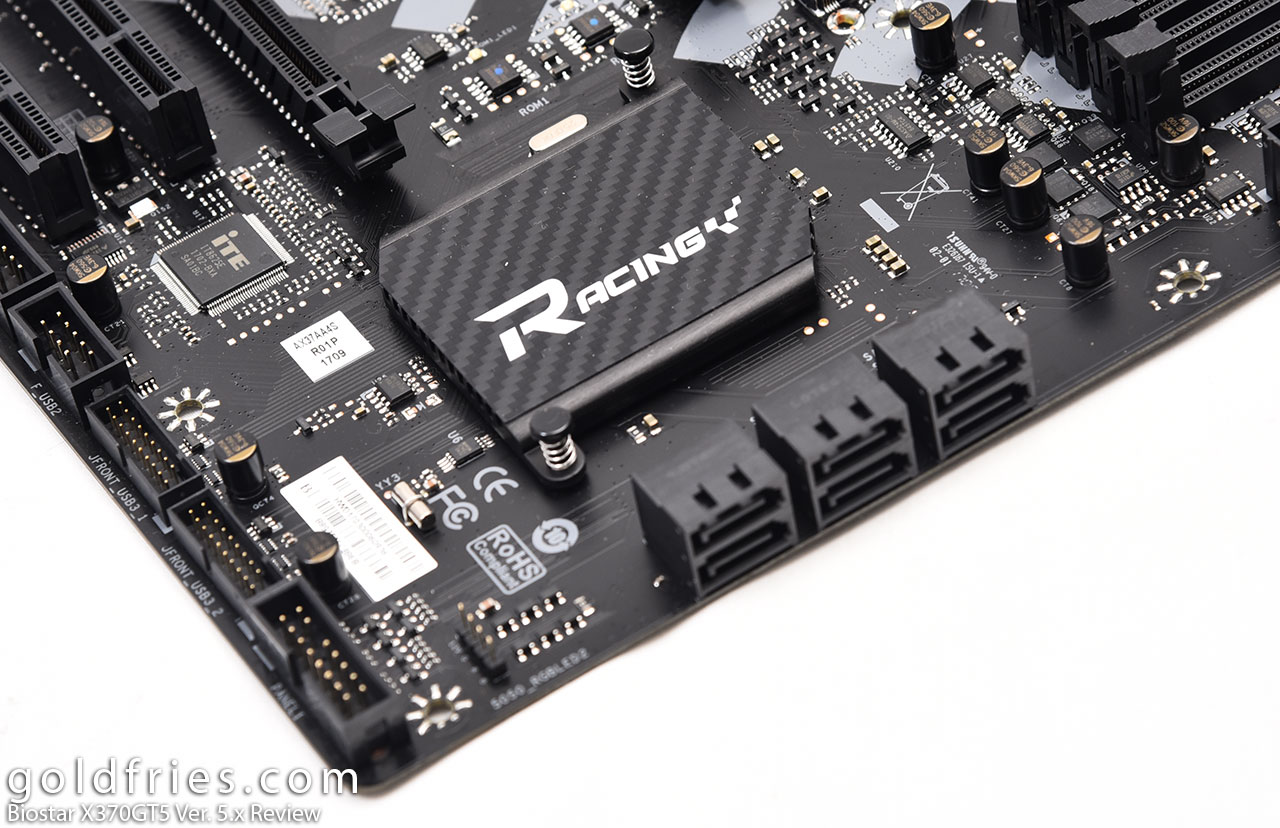 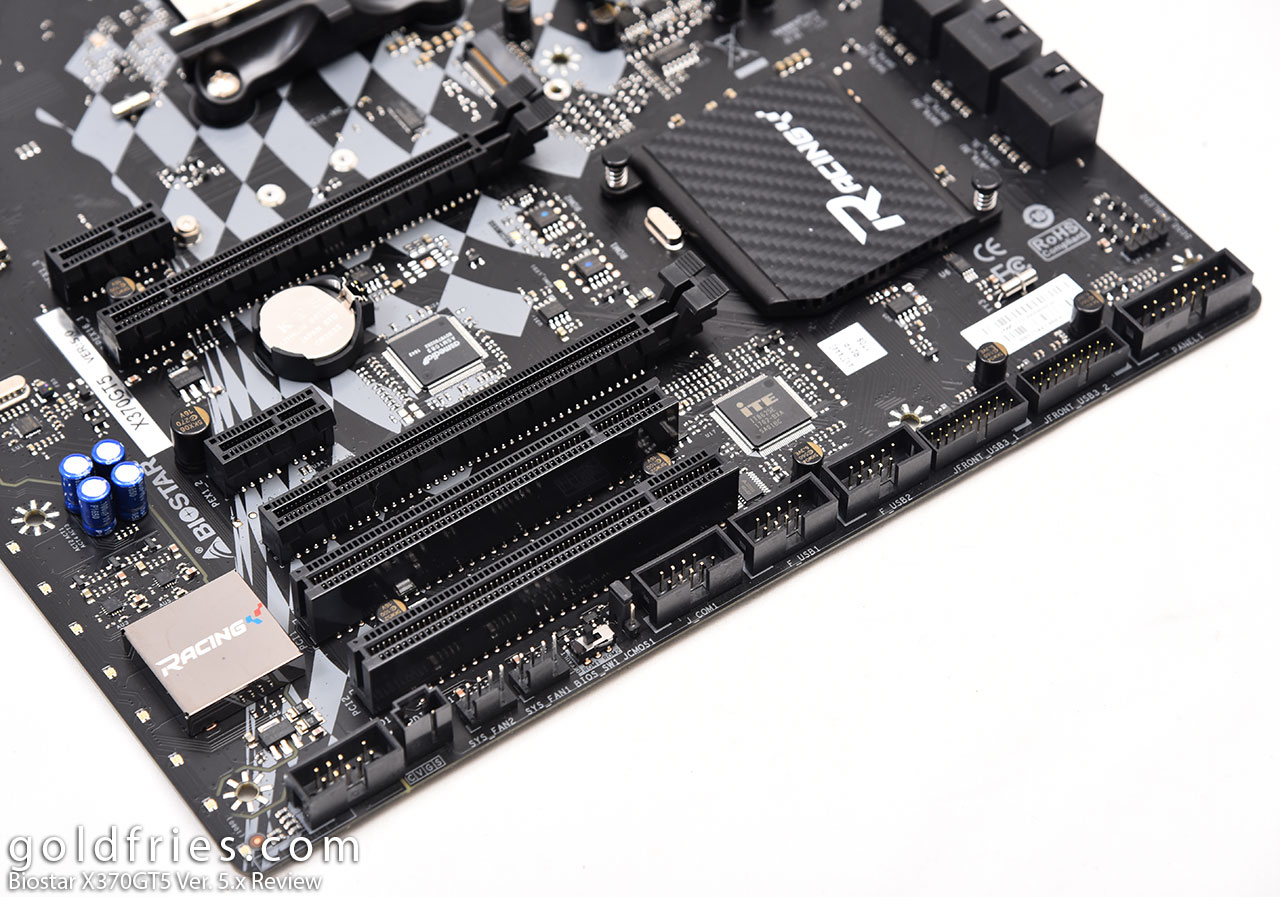 Going by what the board is, I think the X370 is built on some ancient design, after all it still has 2 x PCI Slot!

Lastly the rear panel that actually supports my thought that it’s built on an ancient design, after all it still has PS/2 port and DVI port and very few USB ports. 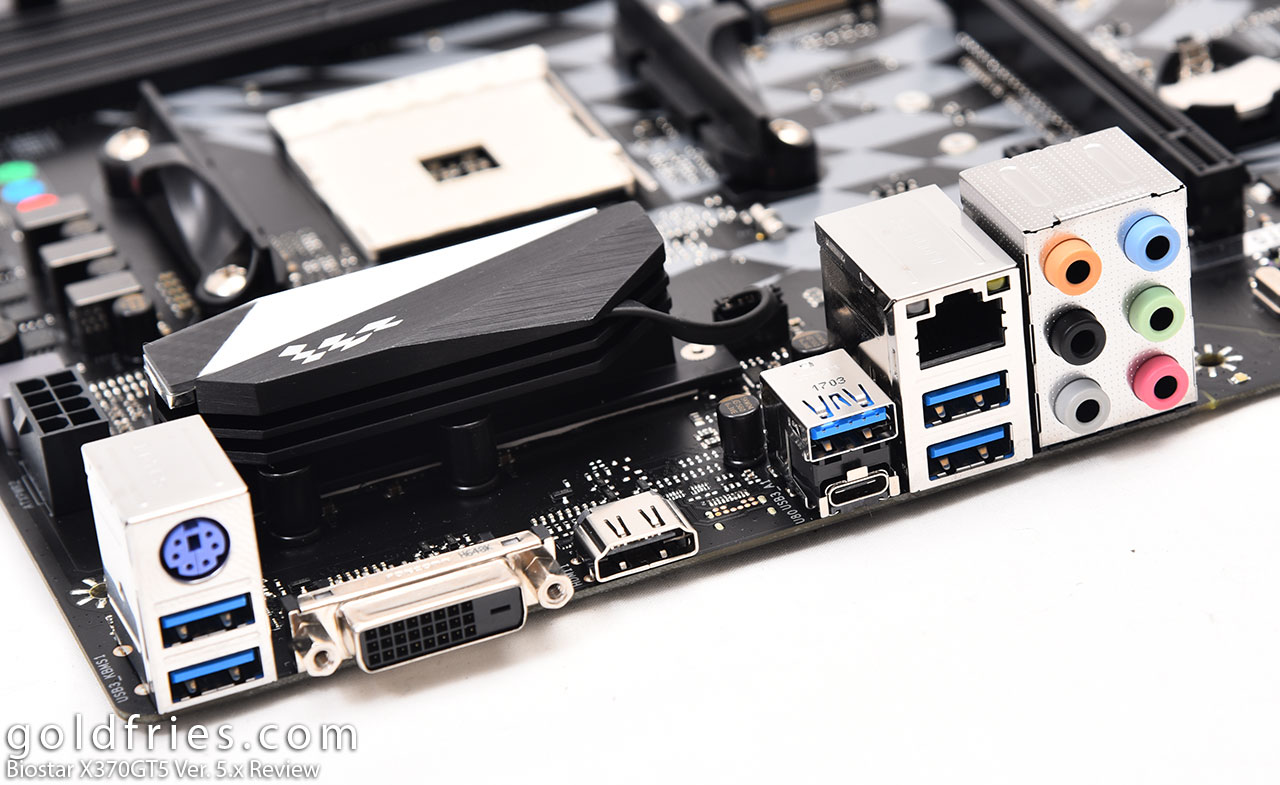 If you think the board is simple, you should look at the interface. It’s so simple that it’s actually quite bad.

Firstly this is the one Ryzen motherboard I’ve seen that doesn’t even show me what processor am I running. It doesn’t tell me how many sticks of RAM I have either. 🙁 You’ll have to go deeper into the menu just to know your memory. 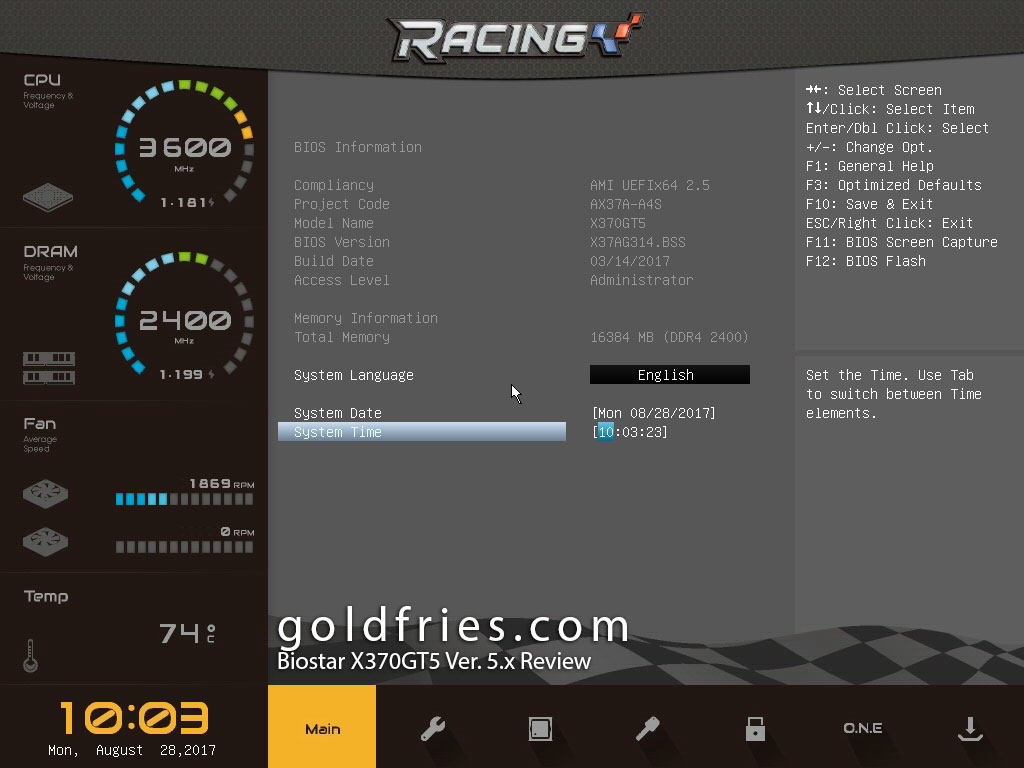 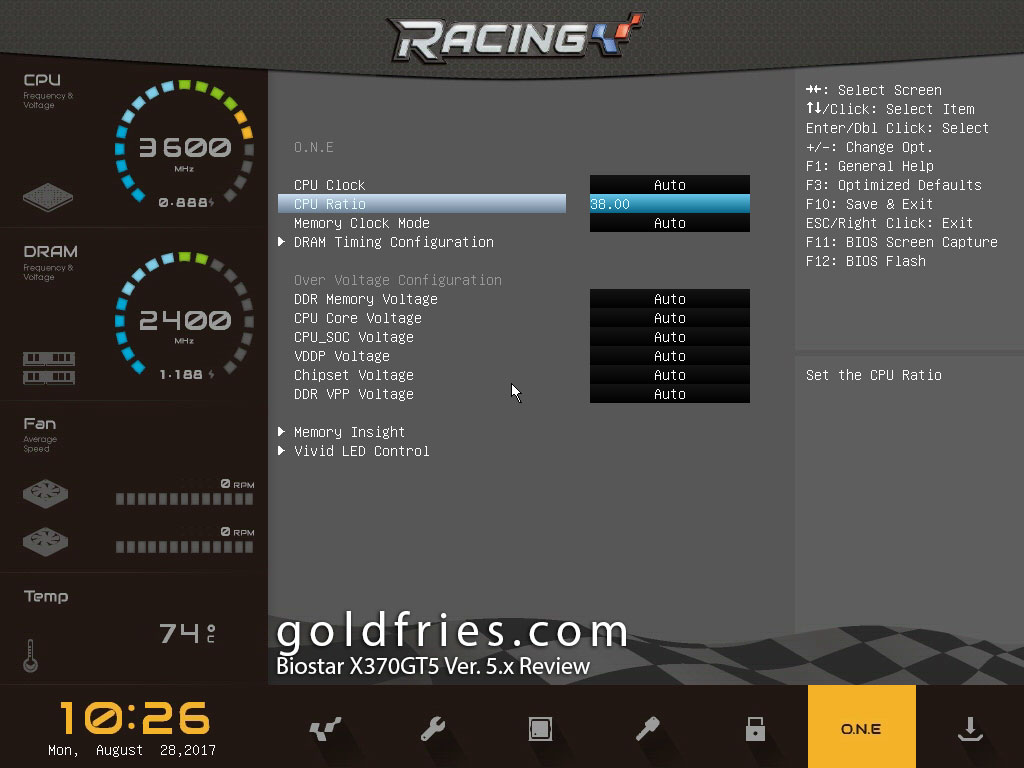 Despite being an X370, the interface on the Biostar X370GT5 is so limited that any overclocker won’t be satisfied, I’m one who isn’t demanding when it comes to overclocking features but even this one makes me feel inadequate. 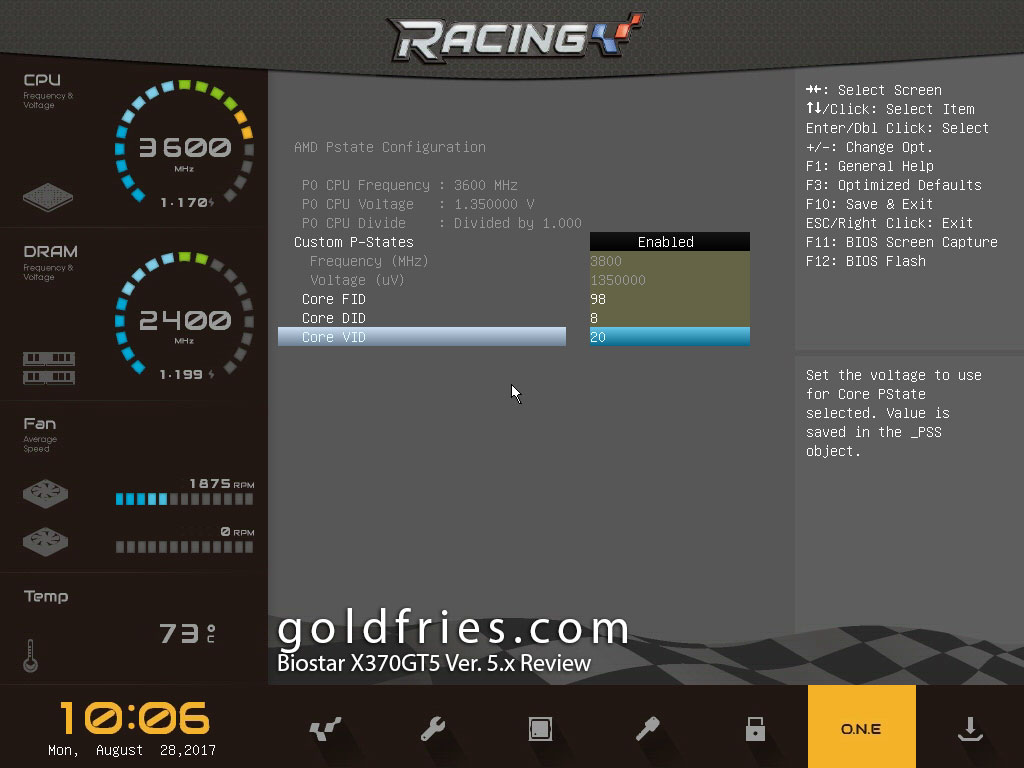 Besides the GT Touch panel I mentioned earlier, other noteworthy features on this board are the VIVID LED DJ (if you like colors), and that it comes with 2 LED connectors, Dual BIOS, Anti-Surge protection but these features are commonly found on other boards too.

The Biostar X370GT5 Ver. 5.x retails at around RM 630 which I think is quite high priced considering it misses out on the many feature one looks for on an X370 board. Even Biostar’s own X370GT3 makes this GT5 looks attractive.

The warranty for the Biostar board is also short, only 2 years. Overall it makes it very difficult to recommend this board when other boards that cost a bit more offers A LOT more features like the IO connectors on the rear panel and the options for better Multi-GPU support.