What do you do when you want RAID setup without having to resort to buying a motherboard that supports one? You get yourself the SilverStone ECS03 2-port Hardware RAID Add-on device! 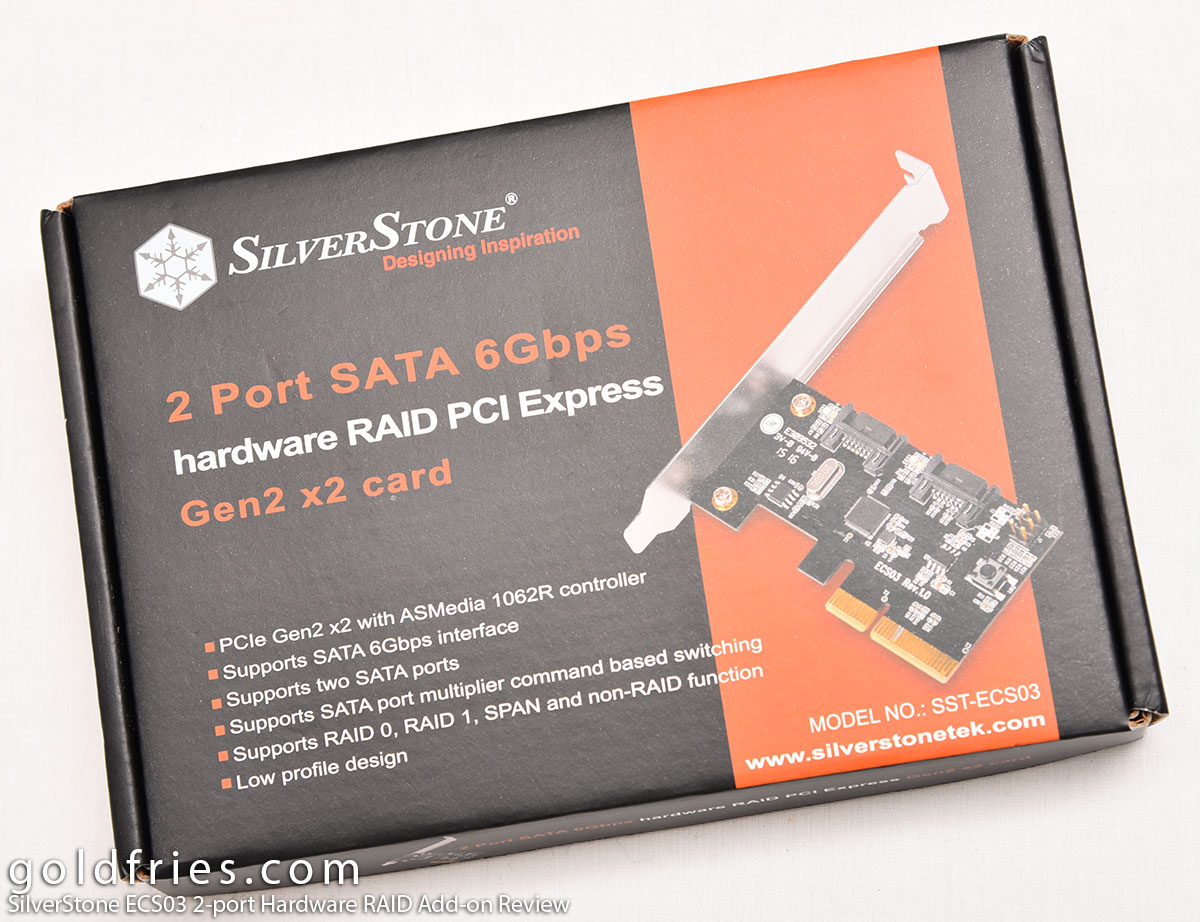 The SilverStone ECS03 is a small sized PCI-E 2.0 device that allows you to connect 2 units of SATA storage device, it comes also with a shorter bracket for low-profile setup. 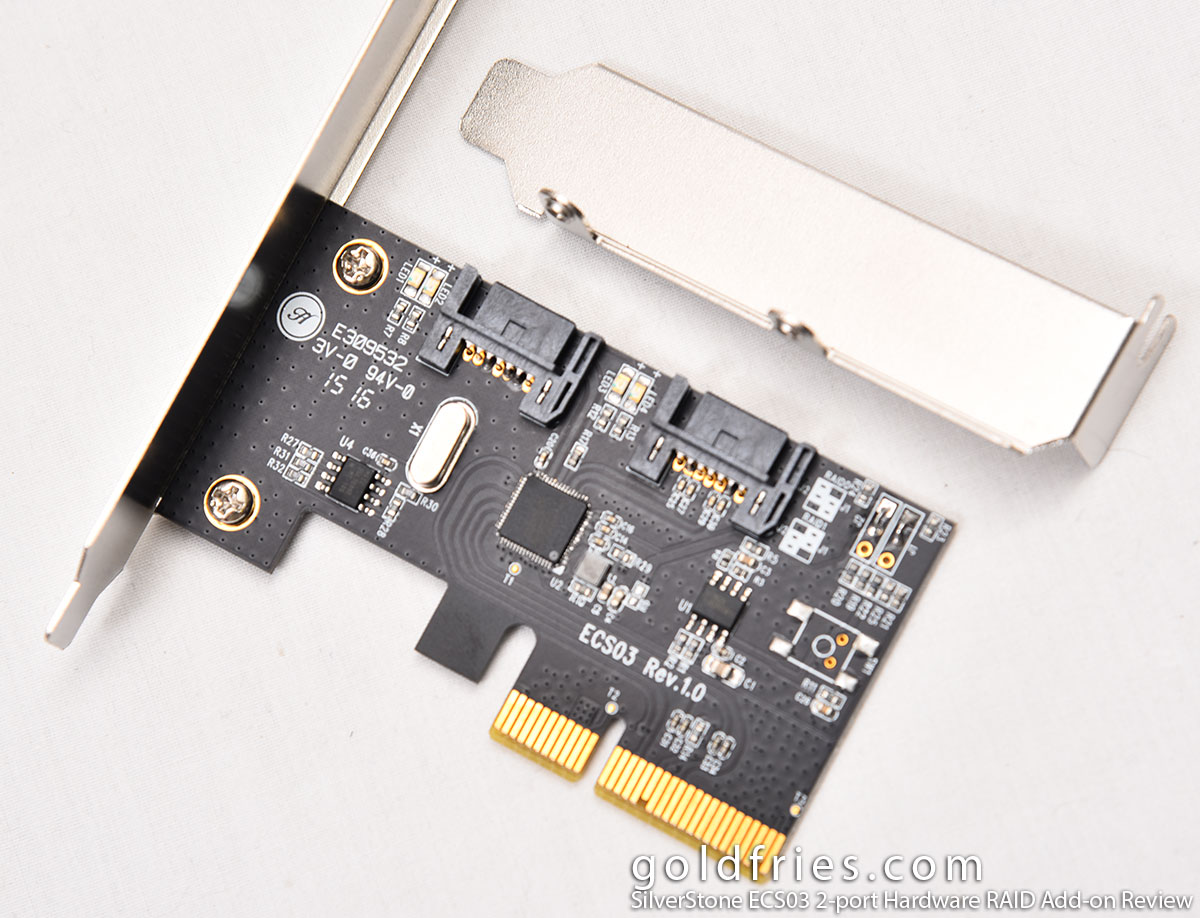 Does this device seem familiar? Sure it is, I highlighted it in one of my Computex 2017 coverage because I think it’s very useful. You’ll appreciate this device if you’re using an old system but you want to run RAID setup for redundancy purpose, for example a machine that stores your Bitcoin wallet or just a NAS device that is fault tolerant.

Here’s what the card looks like when in place, your only challenge is to ensure that the SATA capables are long enough to reach the unit. I don’t know why it’s designed to have SATA connectors facing the top as I think SATA connectors at the front would be better for reach. 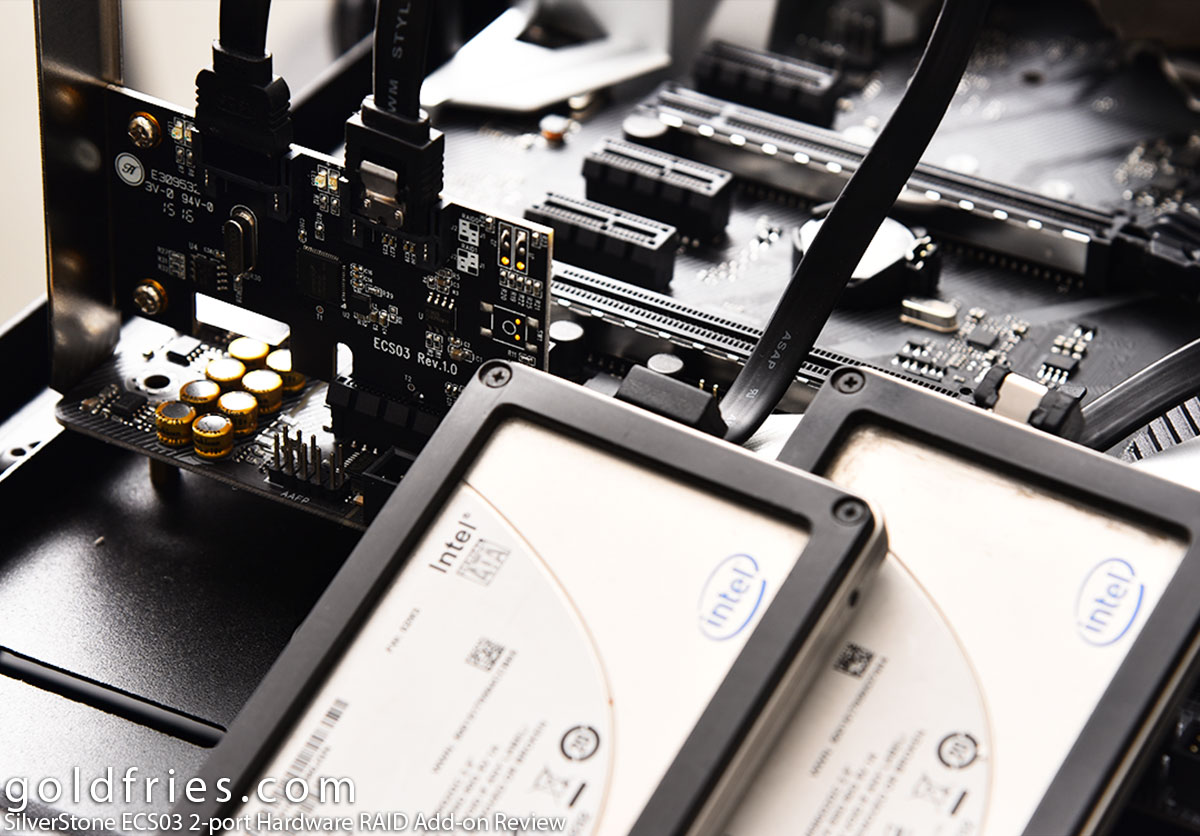 Setting up the device is easy, just hold on CTRL on boot and you’ll reach the initial screen. Press CTRL+R and you’ll then be forwarded to the main interface. The screenshot below is where you run the RAID setup. You have 4 options to setup with the SilverStone ECS03

1. No RAID setup – the device now serves an additional 2 SATA ports to your system. You can use it just as with any other SATA port, if you have 2 drives connected to it then your system will see 2 drives.

2. RAID 0 – High speed, no-redundancy setup. In RAID 0 both drives are used to form one single very fast drive of the combined size eg 80GB + 80GB = 160GB. You can run it with different sized drives like 80GB + 120GB but the system will run on the lowest common denominator, so you’ll get 2x of the smallest drive so it will be 160GB as well. In RAID 0 setup, losing one drive means lose everything.

3. RAID 1 – Redundancy setup. This setup is not made for speed but it’s made for redundancy. Drive A is always mirrored to Drive B, for those of you running critical OS and want backup (eg for your Bitcoin wallet) then RAID 1 is the one to go.

4. SPAN – Combines the storage space of both drives and behave as a single drive, this is where 80GB + 80GB = 160GB. In SPAN mode, when you lose one drive you still get to access whatever data is on the other drive because data is written sequentially from one drive to another. However, there is a chance that if you hadn’t fill the first drive with enough data to write to the second drive you’ll still lose all your data.

Situation A : If the total data written is still under 80GB, this means the data hasn’t reached the 2nd drive. If the first drive fails, you lose everything but if 2nd drive fails you lose nothing.

Situation B : If the total data written is over 80GB, say for example 100GB. If you lose the first drive, that’s 80GB lost while the other 20GB remains intact and it’s vice versa should you lose the 2nd drive.

The SilverStone ECS03 is a niche product, it is currently not available in Malaysia market but you can get it online at USD 39.99 which I think it’s a good price just to enable RAID setup, or even just to add SATA ports to a system.