I’m honored to have ASUS as the first Z370 motherboard in my lab and it is a beautiful one, the ASUS ROG STRIX Z370-E GAMING is one awesome looking motherboard and more details on this a little later. 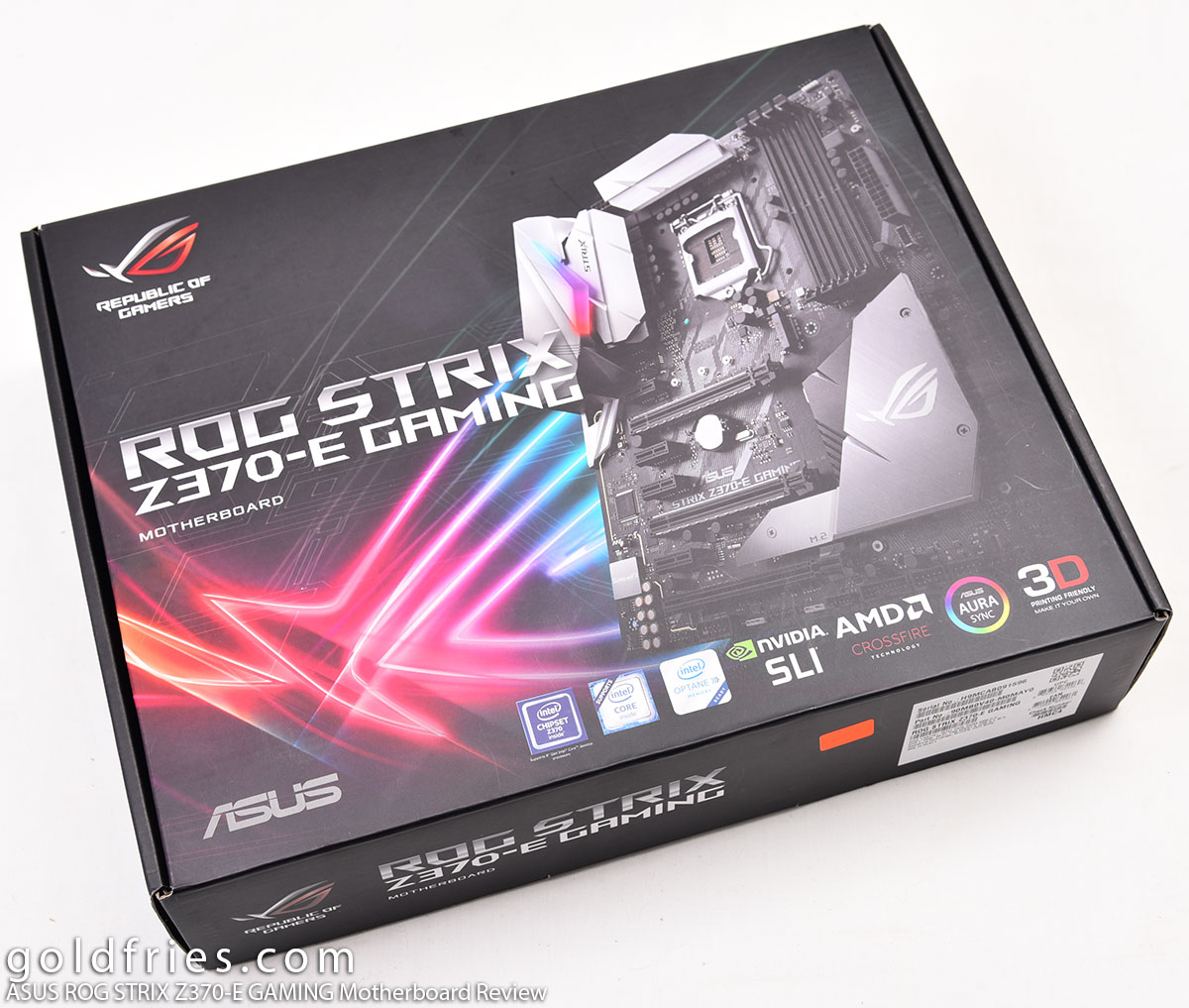 Now as you can see this is the board itself, the Z370-E uses silver colored heatsinks and plates, there are other models that uses gun-metal grey color scheme. 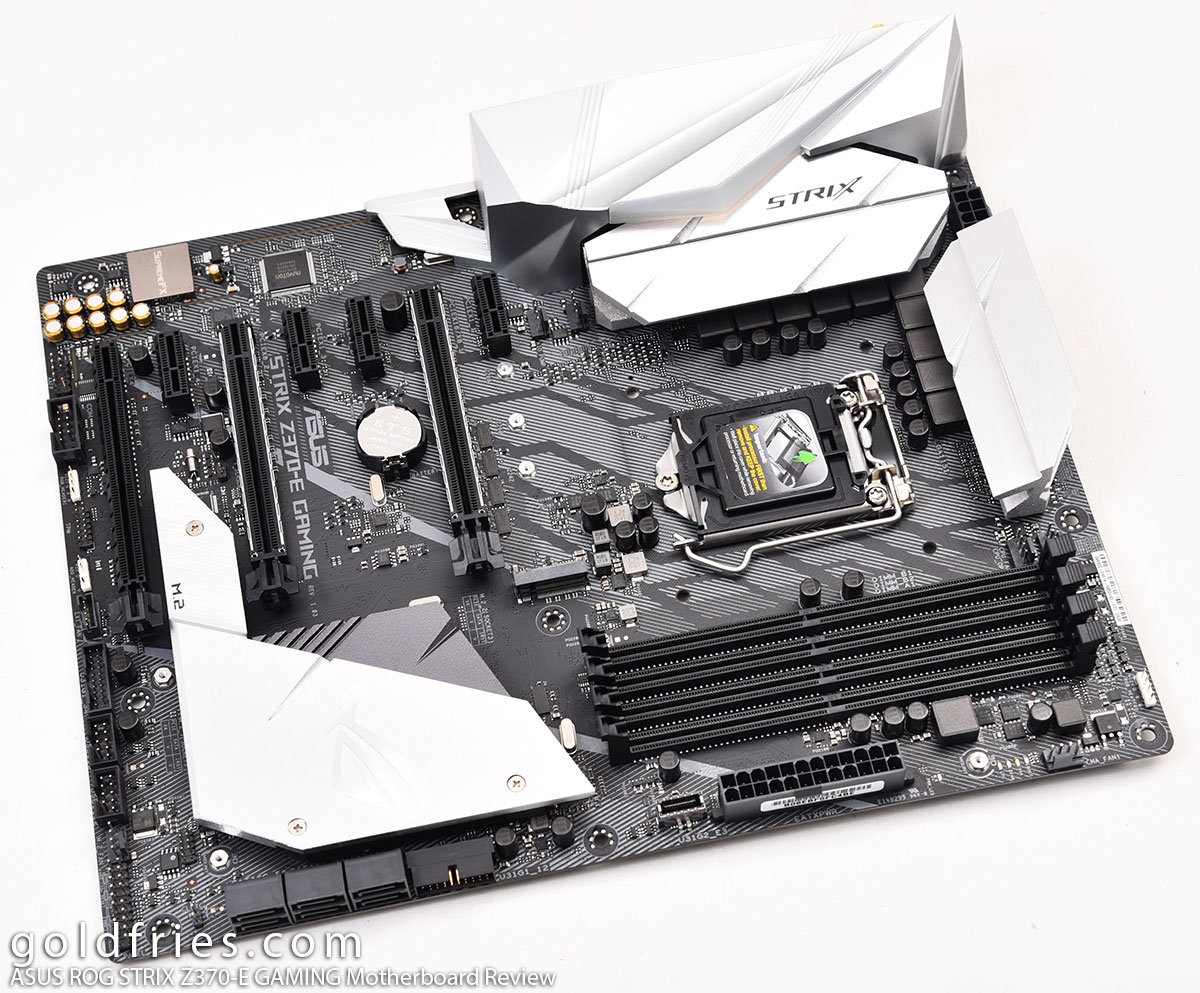 On the board you’ll see that there’s 2 silver colored heatsinks covering the VRM while the larger plastic cover, also in silver, covers the I/O panel. I like how the colors match, though you can tell them apart very easily as the plastic cover has a smooth (not glossy) surface while the heatsink has a brushed metal surface. 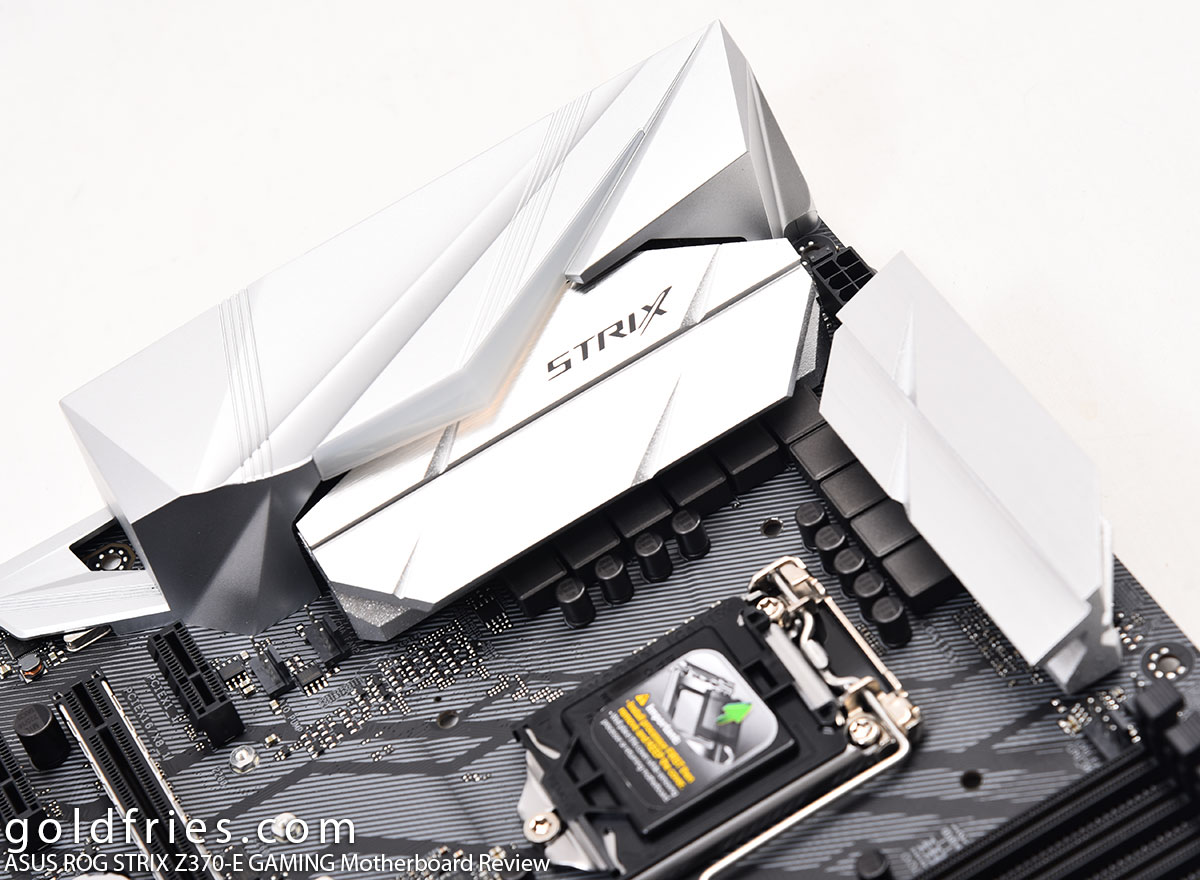 This board has RGB LED but what I like about it is that the RGB is found only on the I/O panel cover.

On the upper corner – nothing fancy, just like any other board. No buttons and numeric LED, just tiny strip of indicator LED next to the 3D mount which is that silver knob-like thing about 1cm away from the ATX power connector. Going further towards the other corner you’ll see a huge heatsink for the south bridge, the heatsink extends all the way to the PCI-E slot area as that’s where it also serves as an M.2 device cooler. 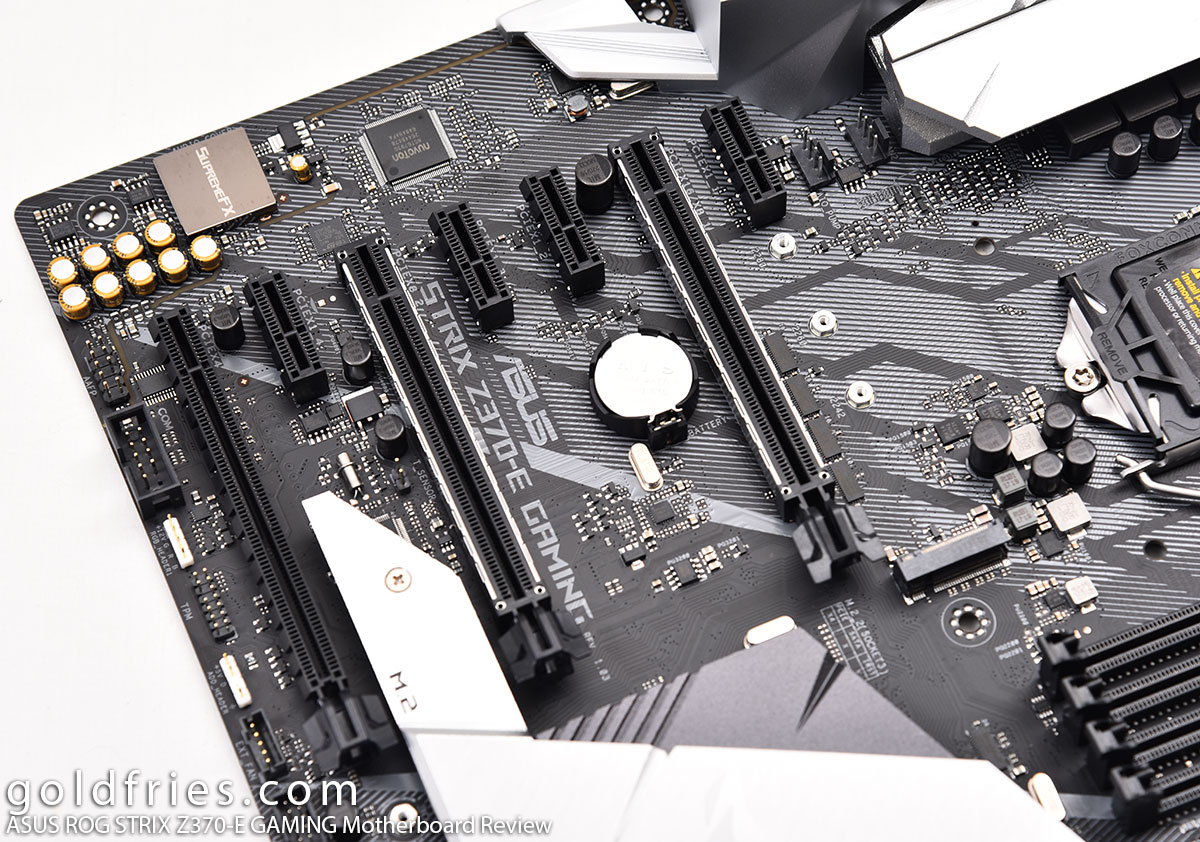 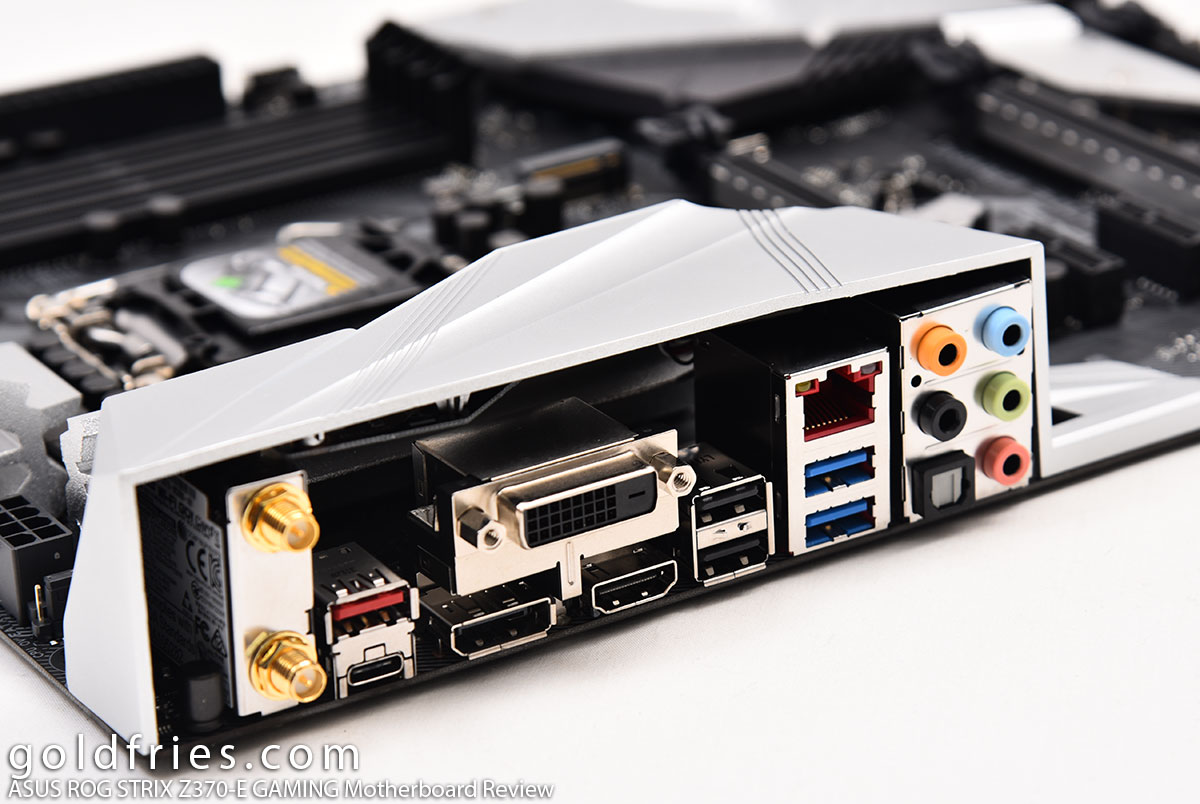 The board is all about speed – not only does it come with a host of USB 3.1 connections, it comes also with 2X2 dual-band 2.4/5Ghz connectivity with up to 867Mbps transfer speeds by using the latest Multi-User MIMO (MU-MIMO) technology.

The ASUS ROG STRIX Z370-E GAMING is an awesome board right from the start, I had no problem with it running the Intel 8th Generation processor. The board never once gave me problem, even now with my 2nd processor on it.

The UEFI features is as expected from an ASUS product, plenty for one to tweak it out – just don’t expect it to match the higher range ROG boards. For me it’s more than enough, more than what I need for my overclocking sessions. 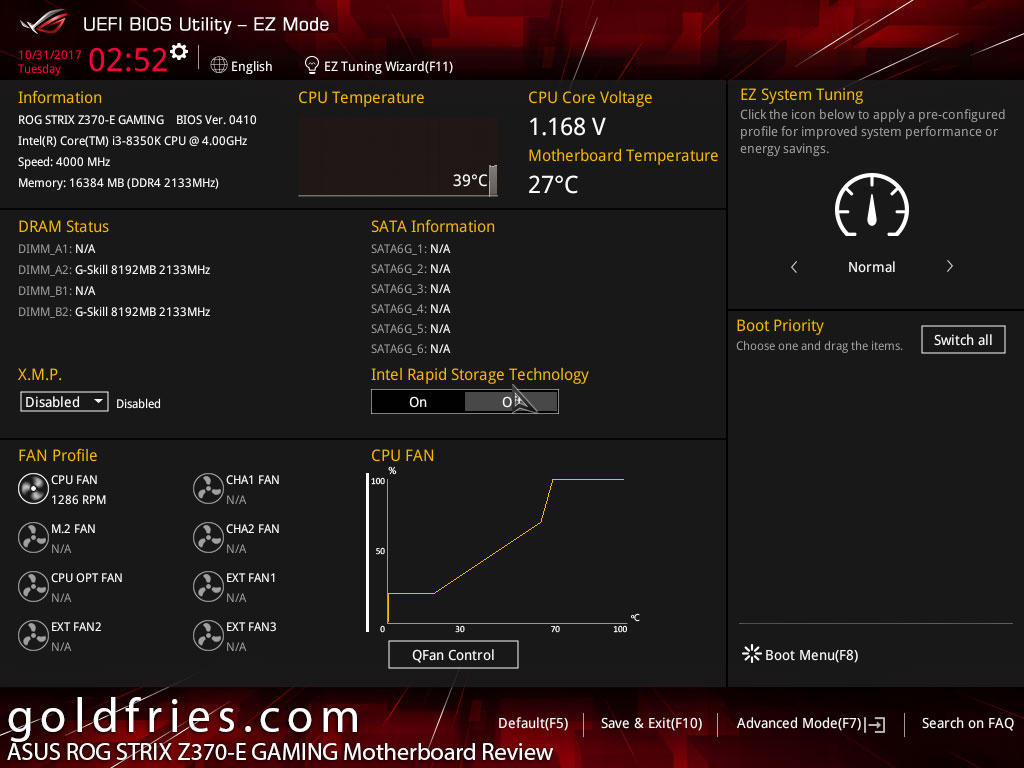 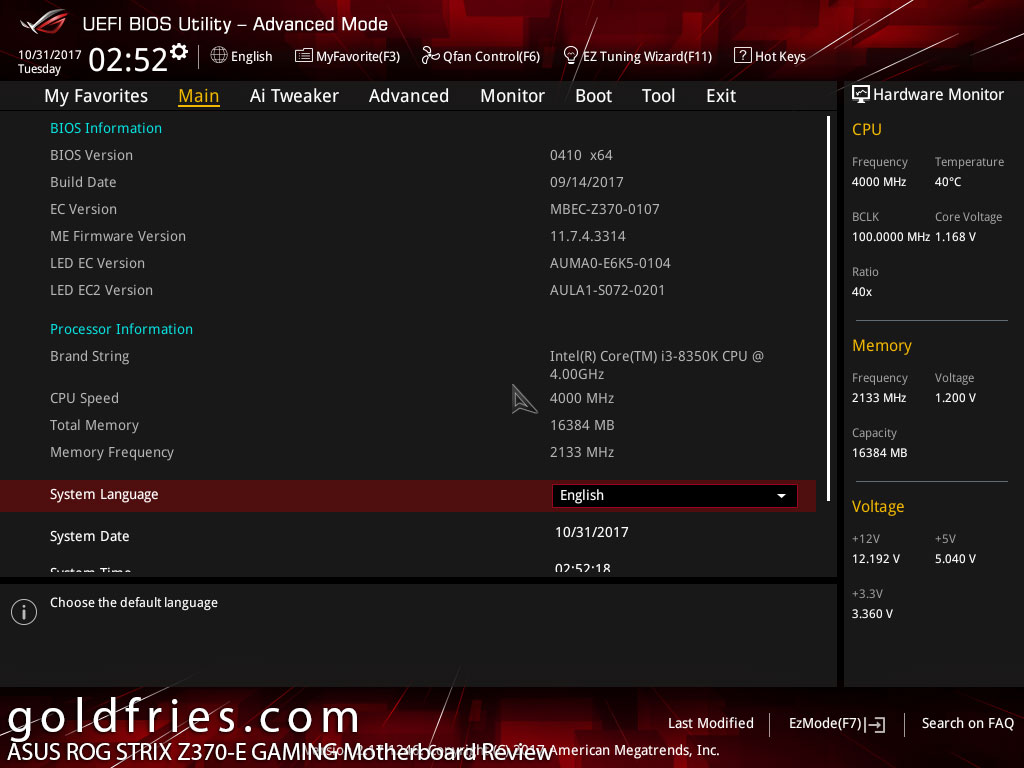 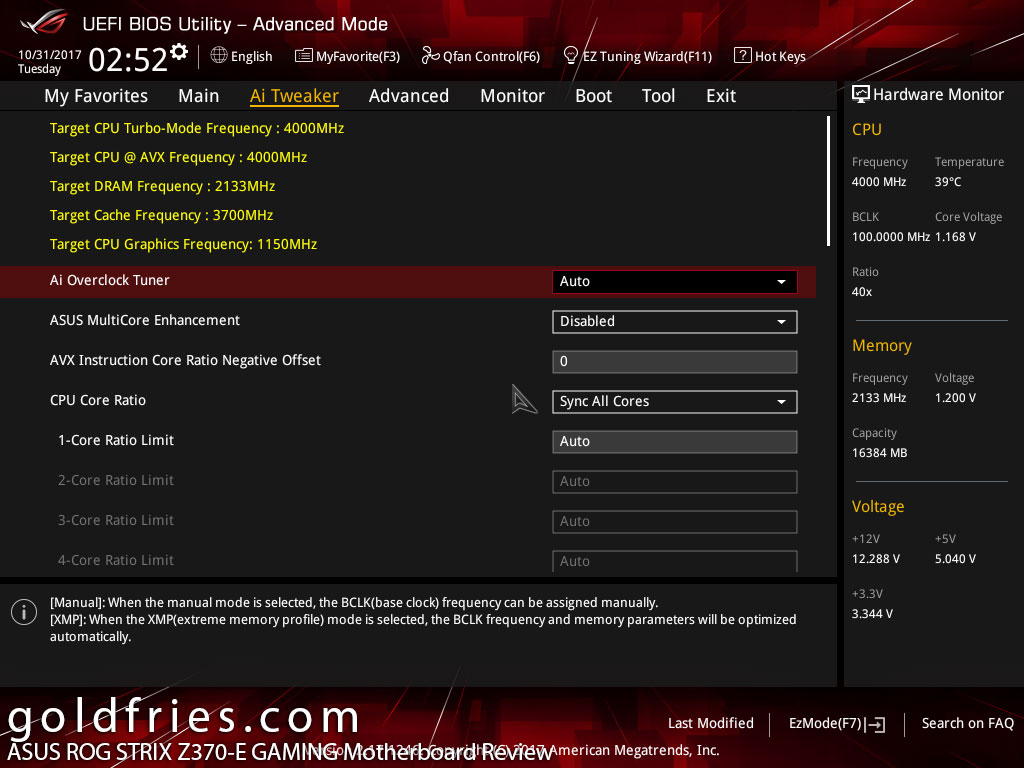 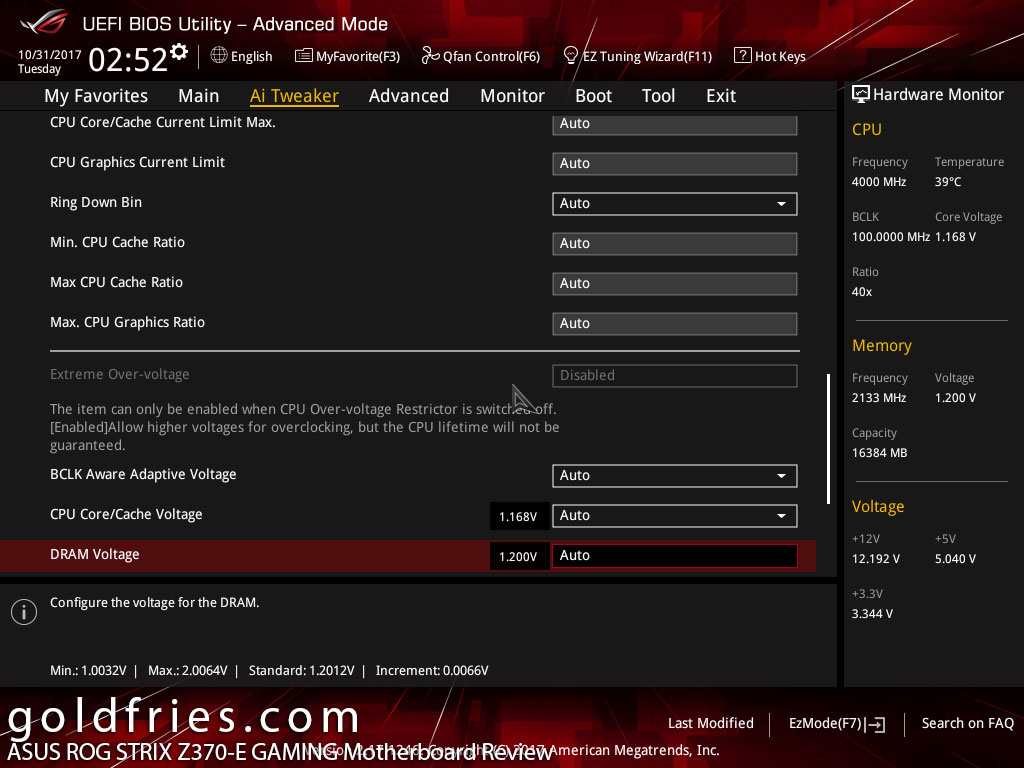 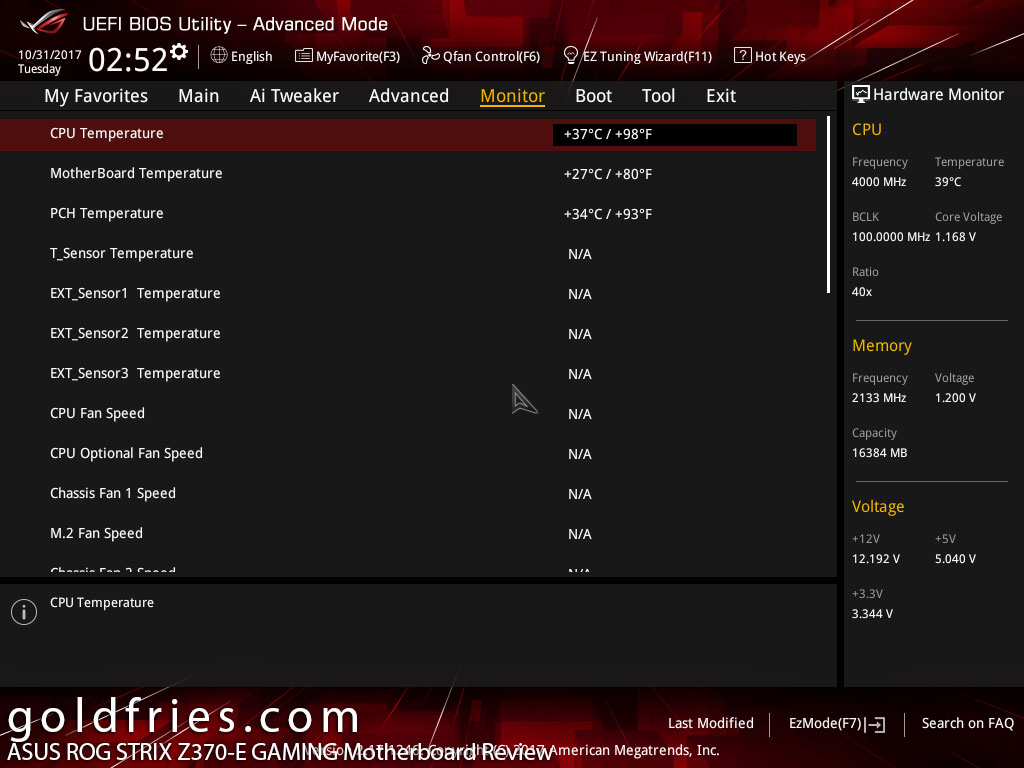 My only complaint about this board is that at a 4-figure price tag, it’s quite disappointing that it doesn’t come with POWER / RESET buttons on the board. I also didn’t like the fact that it has so little USB Type-A connections. 🙁

The ASUS ROG STRIX Z370-E GAMING Motherboard is estimated to retail at RM 1059 (no official pricing yet), it’s a gorgeous looking board with support of 3D print accessories, it’s a great board for running multi-GPU setup and has all sorts of high-speed connectivity (LAN, 2×2 Wi-Fi, USB 3.1, M.2 NVME support) but it misses out on the other elements that could make it better like say providing covers for both M.2 devices instead of just one, and the lack of LED (numeric) indicators and also POWER / RESET buttons on the board.