A brand that needs no introduction, famous for its Tri-X and Vapor-X cooling system, Sapphire has now the NITRO models that are used on their AMD R9 300 series GPU and performs just as well. 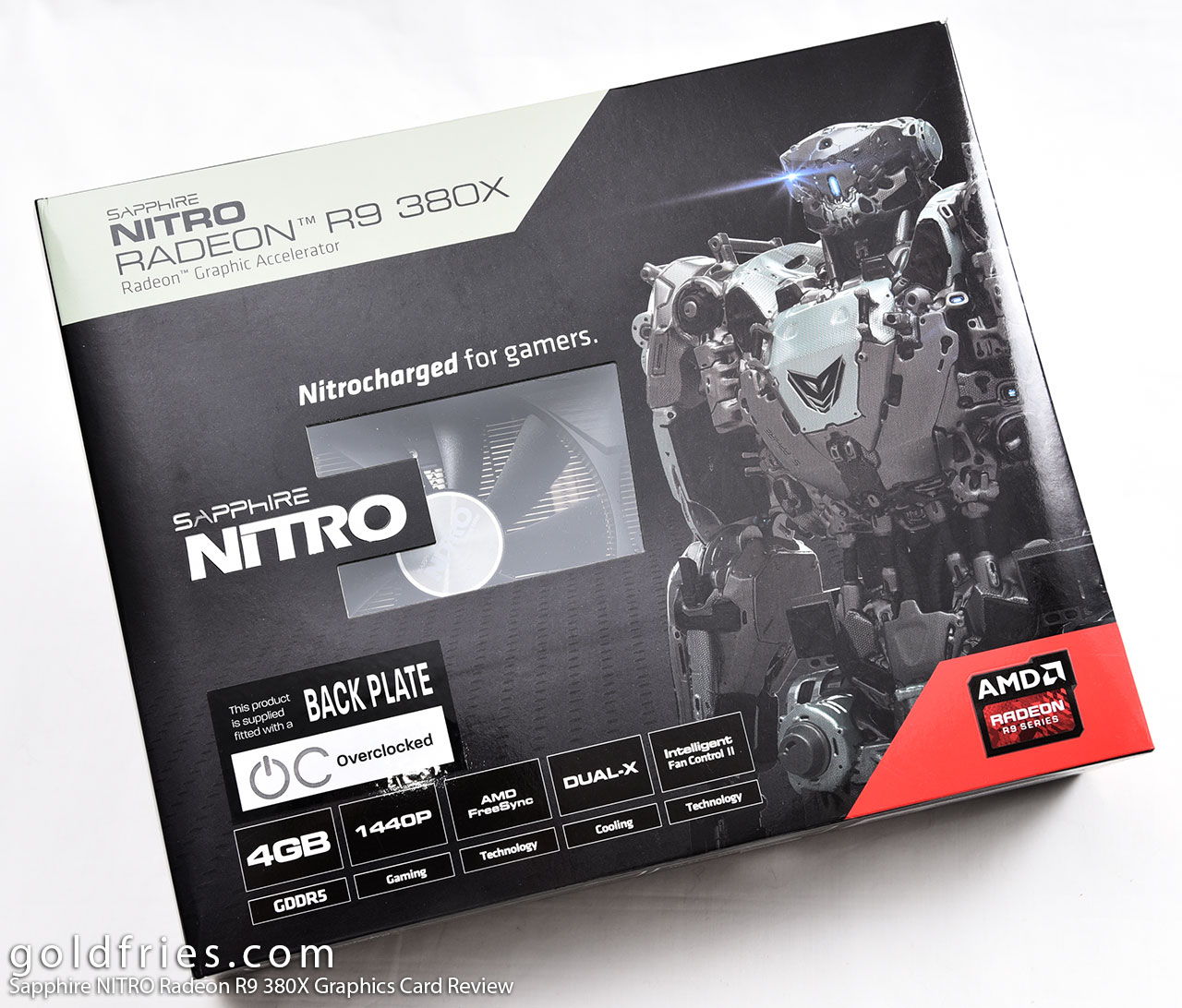 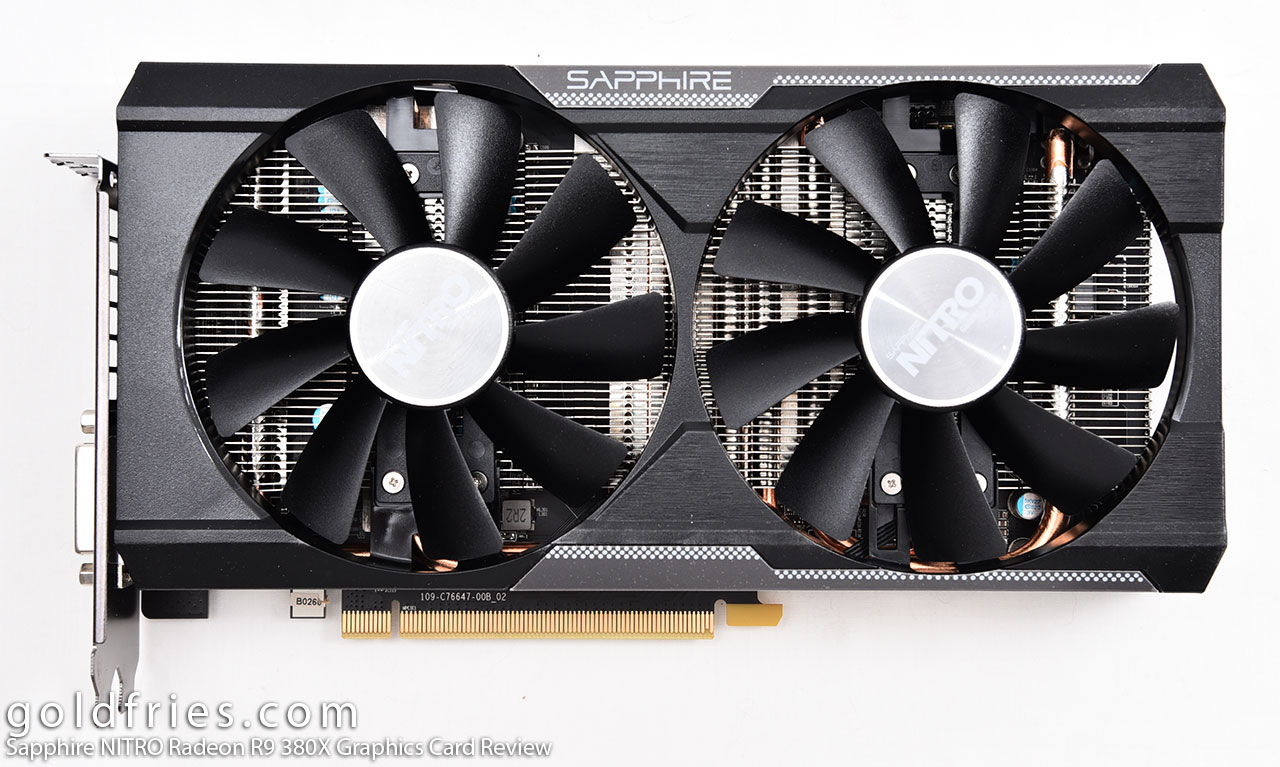 From the top you see 2x 6-pin PCI-E connector and a heatsink shroud that covers the top ever so neatly, it sort of reminds me of the Dual-X model (And yes, I did own a few of them too!) but with better build quality and bigger fan. My Sapphire Dual-X R9 280X cards were quite horrible, the fans were flimsy and the fans on the NITRO model here fortunately doesn’t look like that one those models. Come to think of it even my Vapor-X fans did fail me after a while………… ok I’m digressing. Point is, I’m happy to see that the overall build looks improved. 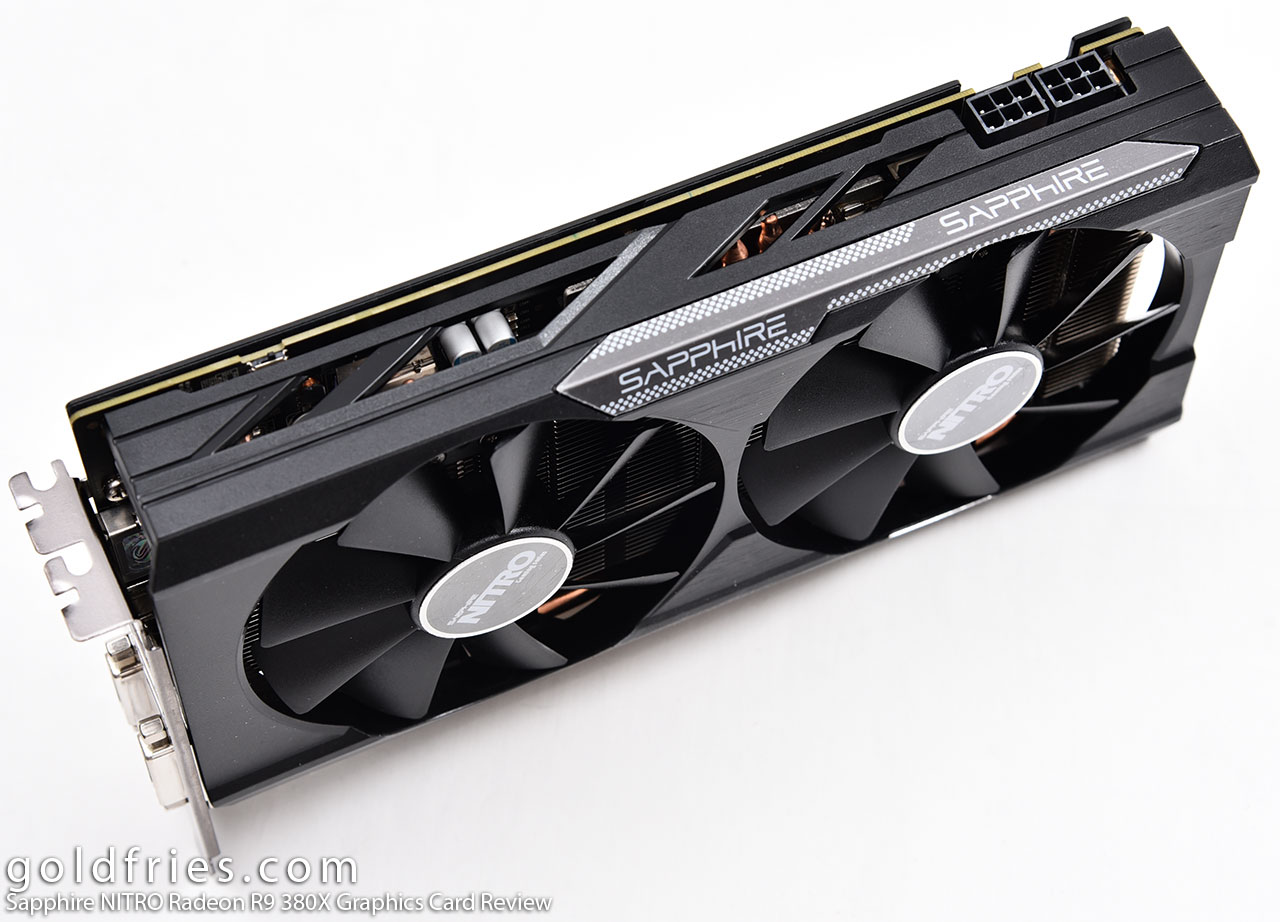 At the back the NITRO R9 380X comes with a beautiful looking backplate with futuristic markings on it. Here are the output ports, and as you can see the heatpipe does show-up from the bottom view. 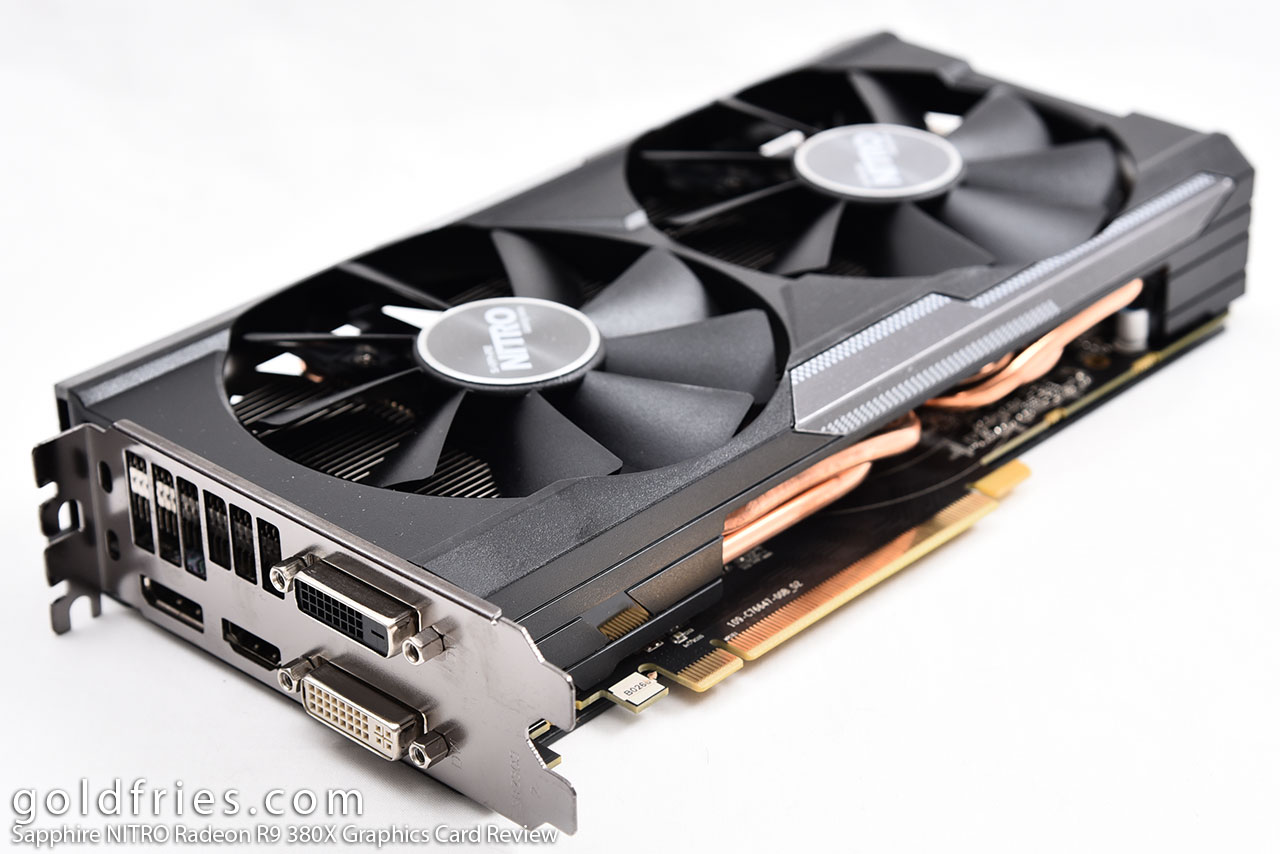 Full specs of the card is as below, taken from the official product page

Attached is the GPU-Z of the card. 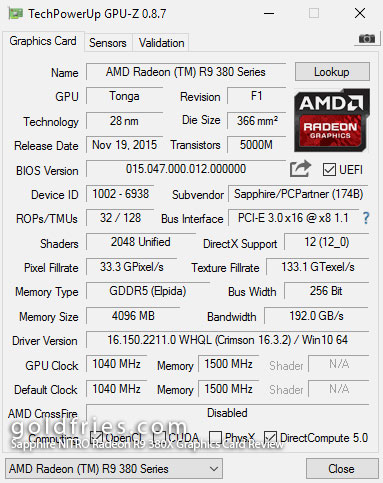 **BIGGER NOTE : The card managed to go through Unigine Heaven 4.0 benchmark but was never able to complete it, at the end of the benchmark it turns dark. It’s not a driver nor computer issue as I had no problem with my PowerColor R9 390 8GB and ASUS STRIX R9 Fury.

The fan hovers at around 53% of the RPM when on load, maintaining a somewhat silent operation.

The Sapphire NITRO Radeon R9 380X retails at around RM 1,200 but some retails are known to be selling it for under RM 1,100 which I think is a very sweet price point, a much less costly option when compared to R9 390 and GTX 970 cards from AiB partners that typically retail at RM 1,700 or so.

The card provides excellent price to performance ratio and it comes with the awesome NITRO cooler. The only down side is the slightly higher power draw for a card of such performance level.