By: goldfries
In: Hardware Reviews, Others / Accessories

There’s been quite a buzz over the local Internet scene ever since the release of this device, some loved it, some hated it – others are undecided. Perhaps with this review, you can decide better on which side you’re on but seriously, there’s no reason to hate this device at all. 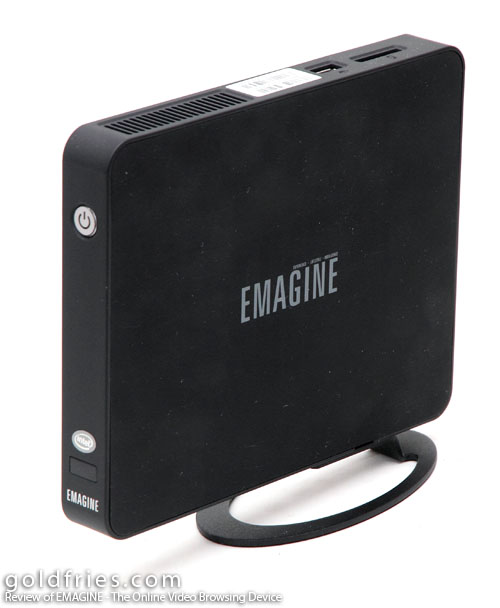 This review was made possible by EMAGINE

This Intel powered device comes with a LAN port, HDMI output and 3 USB ports. Yes, 3, there’s 2 in this photo and 1 more on another. 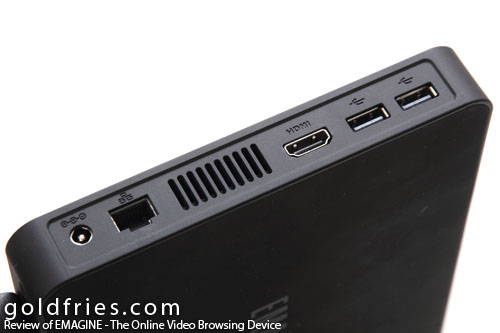 Here’s the other USB port, and there’s an SD Card slot too. 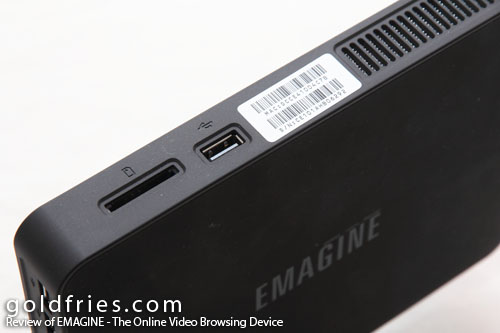 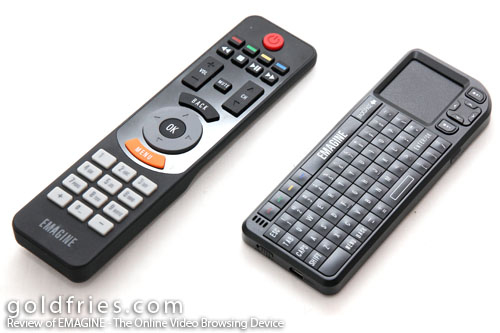 So what does this device do anyway?

Setting up was easy, just plug in the cables and you’re set to go. You can use WiFi for it as well. I used a homeplug for my setup, connected it via HDMI to my LCD TV.

Usage wise, it’s just a matter of browsing around the channels available. It’s not linked to your Youtube account so your Youtube favorites and playlists will not be loaded here.

The tagline says REDISCOVER TV – well it’s not exactly that, when we say TV, we’re often talking about channels that are on broadcast. And for TV broadcasts, all you need to do is to select the channel number and view what’s on the broadcast.

This is not the case with EMAGINE. You have to actively browse content, meaning you just can’t sit back and watch the show like a TV. The remote control will be actively presses as you navigate the contents. The contents are added periodically (no idea how often) but I do see new videos added.

Here’s a rather long video to give you a brief experience of the Emagine.

If sitting back, relax and watch whatever is shown is your idea – EMAGINE is not for you. If you’re looking for a device to Karaoke (limited) and watch the videos prepared by others for you, then this could be the device for you. You could create your own playlist and subscribe to channels on Youtube as well but as I said, it’s not linked to your Gmail account so that’s double work for you.

While the Karaoke is limited in the sense that you’d probably find only a few songs from a particular singer on the list, what’s great is that there’s quite an extensive range of artists listed on the system. What I find lacking from Emagine are children sing-along songs, I mean really – this device would be a hit among parents if their child could benefit from it.