The Ultra-smarphone that’s supposedly very fast in everything, as seen in the Acer Liquid C1 Launch earlier this year. 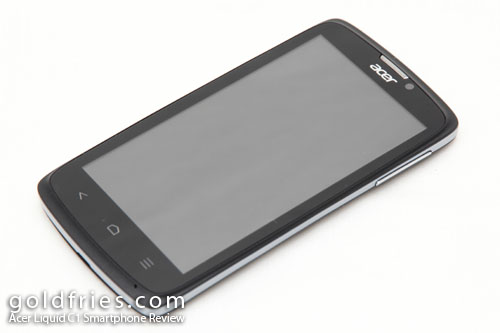 While the device boasts of speed as it is powered by an Intel processor but it most certainly did not live up to the hype.

This review was made possible by Intel Malaysia

*The above is not a mistake. I got the unit from Intel’s PR.

It’s a simple phone, comes with IPS screen and whatever it is expected from a phone. The key selling point of the phone is that it is powered by an Intel processor. 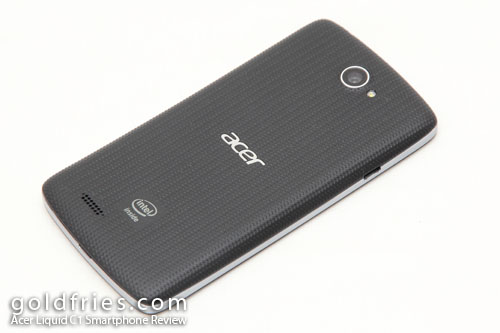 Overall the phone works fine as it is but from a user experience standpoint, after being presented with all the GOODNESS of the phone during the launch event, I had far greater expectation on this device. I shines in some area yet losing out on various other areas.

However when it comes to certain games, it just doesn’t load at all (crashes when loading). On Eternity Warrior 2 for example, the game loads VERY slowly.

Even the keyboard seems sluggish.

I feel that Acer’s decision to keep the phone at 4GB storage is silly at best, with reasons being 4GB is sufficient and that they wanted to keep the price low. I’m utterly puzzles that they had not consider that a base Android OS installation would take up some 3GB space, leaving it around 1GB left. This to me, is the downfall of what could’ve been a great device. 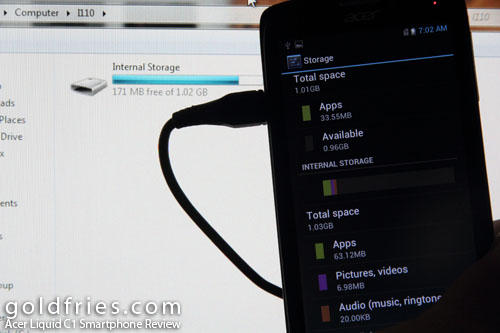 Despite boasting great graphics and processing power, the lack of storage space made it impossible to install games, let alone play them. To make things worse, there’s no option to set storage area. Even adding a MicroSD card into the system didn’t help.

In reference to the photo above, you’ll see that it has 2 partitions with varying space reports. It’s the one and only time I ever encounter such on an Android device, a few of my tech reviewer buddies were equally puzzled on this as well.

The presentation at the launch boasts a 5 fps burst mode camera. If you’re photographer (or have some experience with camera) – you might thought this to be a continuous shooting mode where it captures at 5 fps until the memory fills up but this is not the case.

When they say 5 fps (frames per second) burst mode camera and all that, it just mean that the camera captures 5 continuous frames. That’s it. 5. And from what I counted, it’s not even 5 fps. I have a camera that does 5.3 fps so I know what is 5 fps like. If you look at the video below and the timer itself, you’ll see it’s more like 2.5 frames per second.

I would rather they take away the IPS screen, change it to AMOLED whatever that’s cheaper and give it at least 8GB memory. Sluggish and what not, they’re because Intel is a new processor in the smartphone industry. Give it some time over the OS and such, it will improve. Storage however, is something you can’t improve no matter what unless they manage to make it such that you will be able to choose storage location.

The initial price of the unit was RM 999, which is really horrible for something of this caliber. At the time of this article, the price overs below RM 900, which I think is still horrible.

Please avoid this device. If you have RM 700 – 1000 to spare, there are plenty of choices available that’s actually worth the money.