The Frostwin is one of DeepCool’s higher range of heatsink, twin towers with twin fans. Here’s the top view of the heatsink. As you can see, the fan is not the usual casing fan on the market. 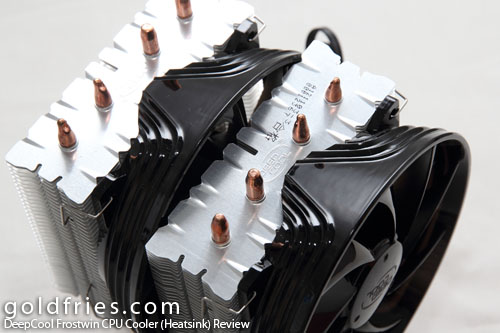 The fans are held in place by the holders. 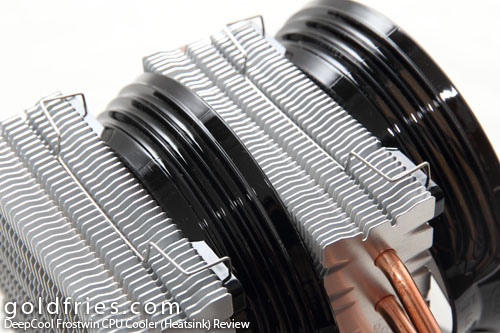 As you can see the fan’s diameter is greater than the heatsink itself. 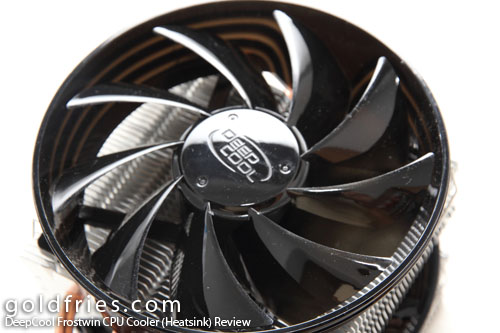 The base, cooper pipes nice and shining. 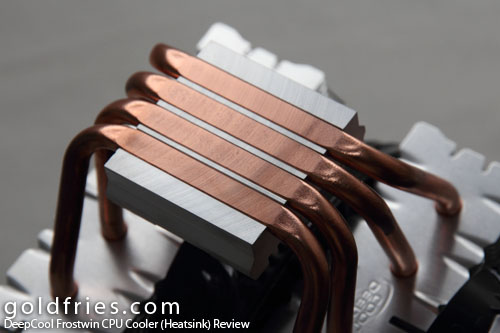 The installation of this heatsink was rather nightmarish, it took me quite a while to figure out the base plate installation but I manage to get it done. It’s a super base place and once you get it done, you’ll appreciate how solid it is yet at the same time, realize how much they need to improve on their instruction manual. 😛 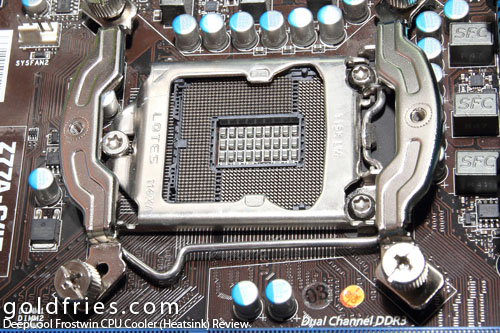 The nasty thing is that once the base plate is in place, you can’t lift the securing mechanism from the CPU socket. 🙁 Guess what – I had to remove the bracket to install the processor. ARGGHHH. 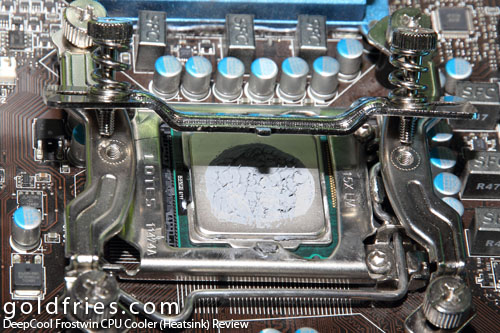 As if the frustration of the base plate installation wasn’t enough, the journey reaches the final point where you must align the mounting screws to the holes.

TIP : Align them first, even before placing the heatsink to be mounted. 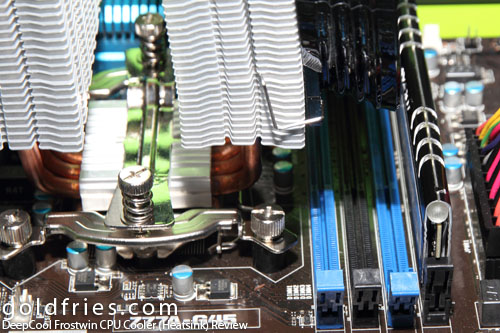 And even if you did align the screws, it is impossible to install the heatsink without removal of the fans in between the tower unless your motherboard is dismounted from the casing. 🙁

Discmounting the fan from the heatsink would mean you’ll have a fan dangling – this is not a joke. The fans’ power connection are joined so you have to use both fans or none at all.

What’s most interesting is that I could even run the Frostwin fanless with my Intel Core i5-2500K (without overclocking), and I could last game after game of StarCraft II without a hitch. Temperature remains well below 80c.

Pretty good for a heatsink retailing at USD 40.