The Lumia 925 is the successor to Nokia’s 920, a smaller version with minor changes here and there. The 925 is essentially a smaller version of the 920, and it comes with 8.7 MP PureView camera sensor with Zeiss optics with f/2.0 and display screen of 4.5″ with 1280×768 resolution and it’s powered by a QualComm Snapdragon S4 processor and kept alive with a 2000 mAh battery. 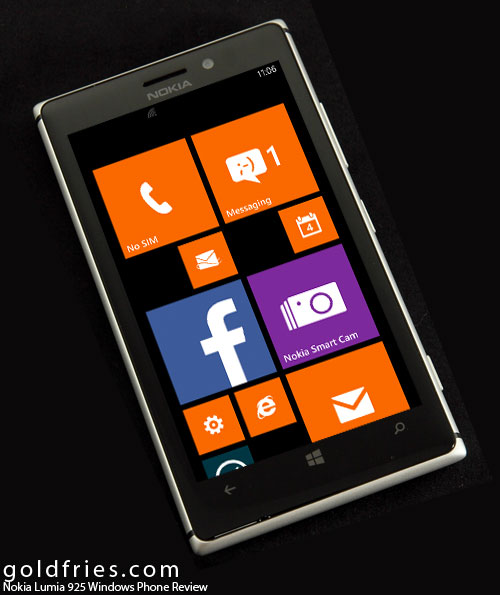 Here’s the back view of the phone. 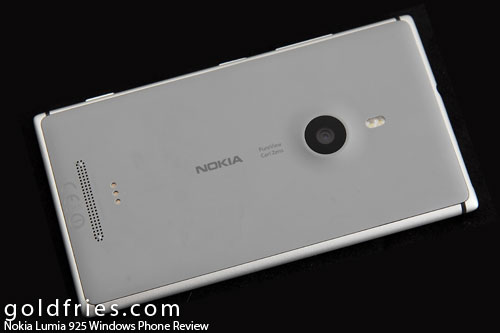 And the buttons well placed at one side of the phone, the other side is button-less. 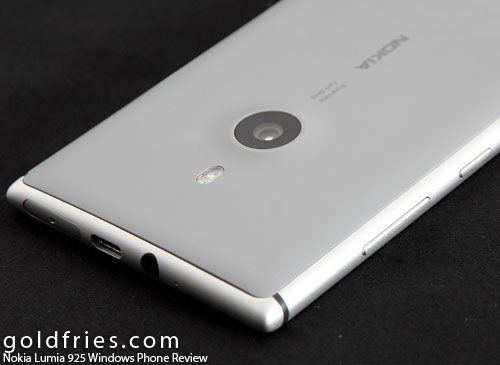 Bear in mind that while I’ve attended many Nokia events and have handled more than enough of the Nokia Lumia phones, the 925 is the first time (unfortunately) that Nokia allowed me a long term loan unit.

Overall my experience was good. The phone did not crash at all and the UI is very responsive. Note also that a user’s experience is affected by both UI and hardware but I will confine myself to the phone itself rather than the Windows Phone 8 operating system.

The phone feels different from the Lumia 920 as the 920 is glossy through out the case but this 925 has a sort of matte feel to the back. The feel is good, the screen is baby skin smooth but the sides of the phone is of a curved and smooth finish and it tends to feel like it’s slipping from my grip.

It’s difficult to simulate my daily usage as Windows Phone software is very different from that of Android but generally, it’s a 2000 mAh system and from my overall experience, it still requires daily charge and runs flat as long as I keep browsing the Internet and update my Facebook status. This happens to all other phones anyway. 😛

The screen is beautiful, the output is so crisp and clear that even bad photos look good. I kid you not, many a times I thought the photo looks decent but when I look at the actual output, it looked horrible.

That’s not to say the camera is bad but you just have to understand what condition works best with it, take the photo below for example. I just enhanced it on Photoshop just a little and I think it looks great for something that’s out of the camera. Overall the Nokia Lumia 925 is a good phone but I find the camera is overrated. No doubt it’s good but it’s not godly. The Nokia Pro Cam is also a great addition to the image capturing process as the app has the best manual setting UI I’ve ever come across.

Those with the Lumia 920 wouldn’t miss anything from the 925, apart the smaller size and lighter weight while others who aren’t willing to spend RM 1,300 or so for the 925 could settle for the Lumia 720 or 620 that are great phones too, minus the features of the Lumia 925.