For those who want something bare basic, look no further because the MSI B250 GAMING M3 Review is pretty much as good as you can get for something under RM 700. 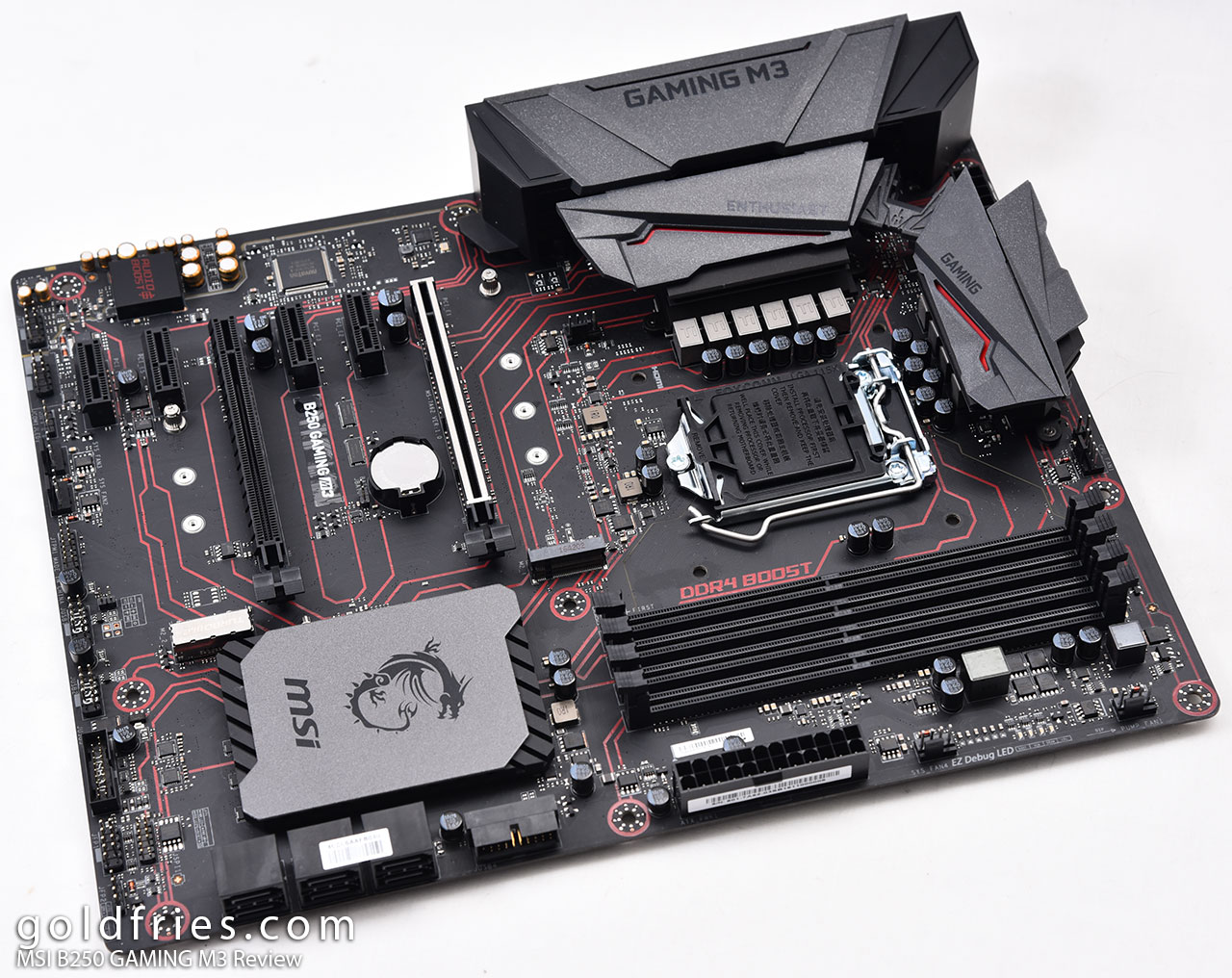 As you can see the board looks good, I don’t think it’s great because I think the red (or more like maroon) isn’t striking enough but it’s not something to fret about. The board will end up in the casing anyway, I like that MSI included those huge covers for it. 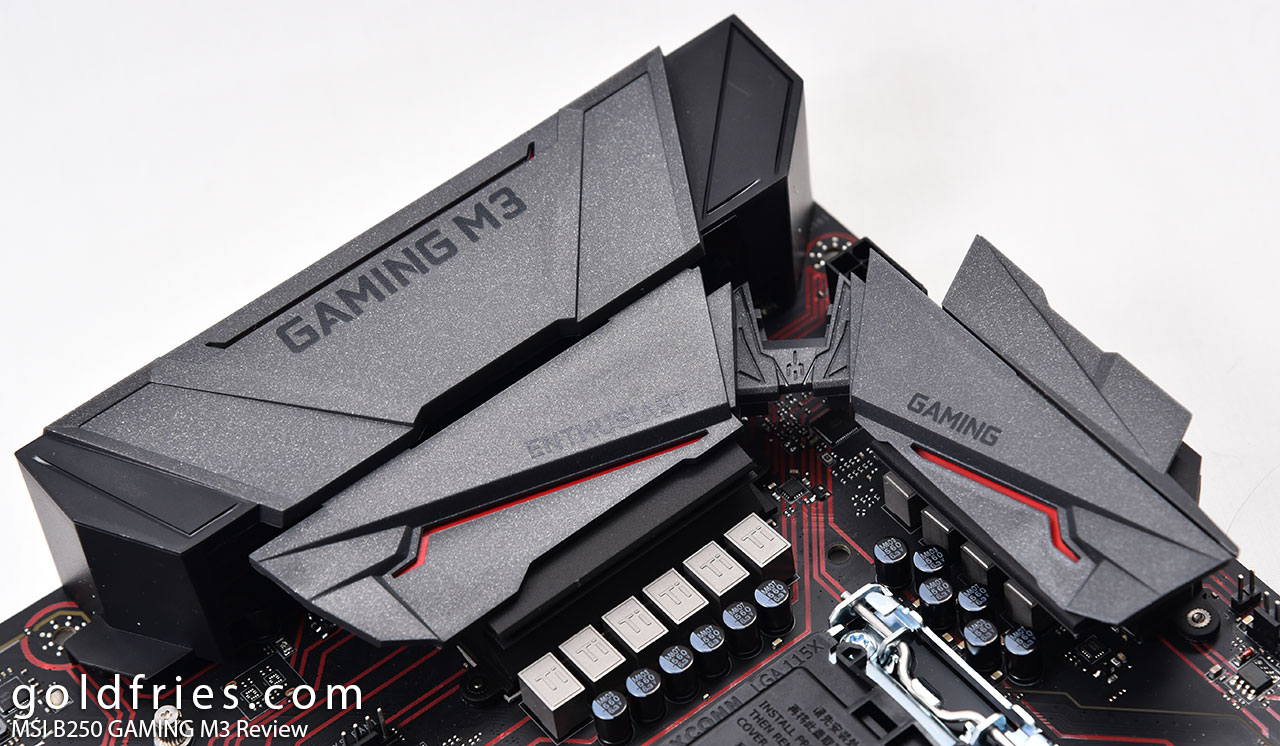 On the upper corner where the DIMM resides, the board’s content is pretty much standard affair but what I do like is the EZ DEBUG LED. It’s not as detailed as the numeric LED types but it’s good enough to tell you where the boost process is at. 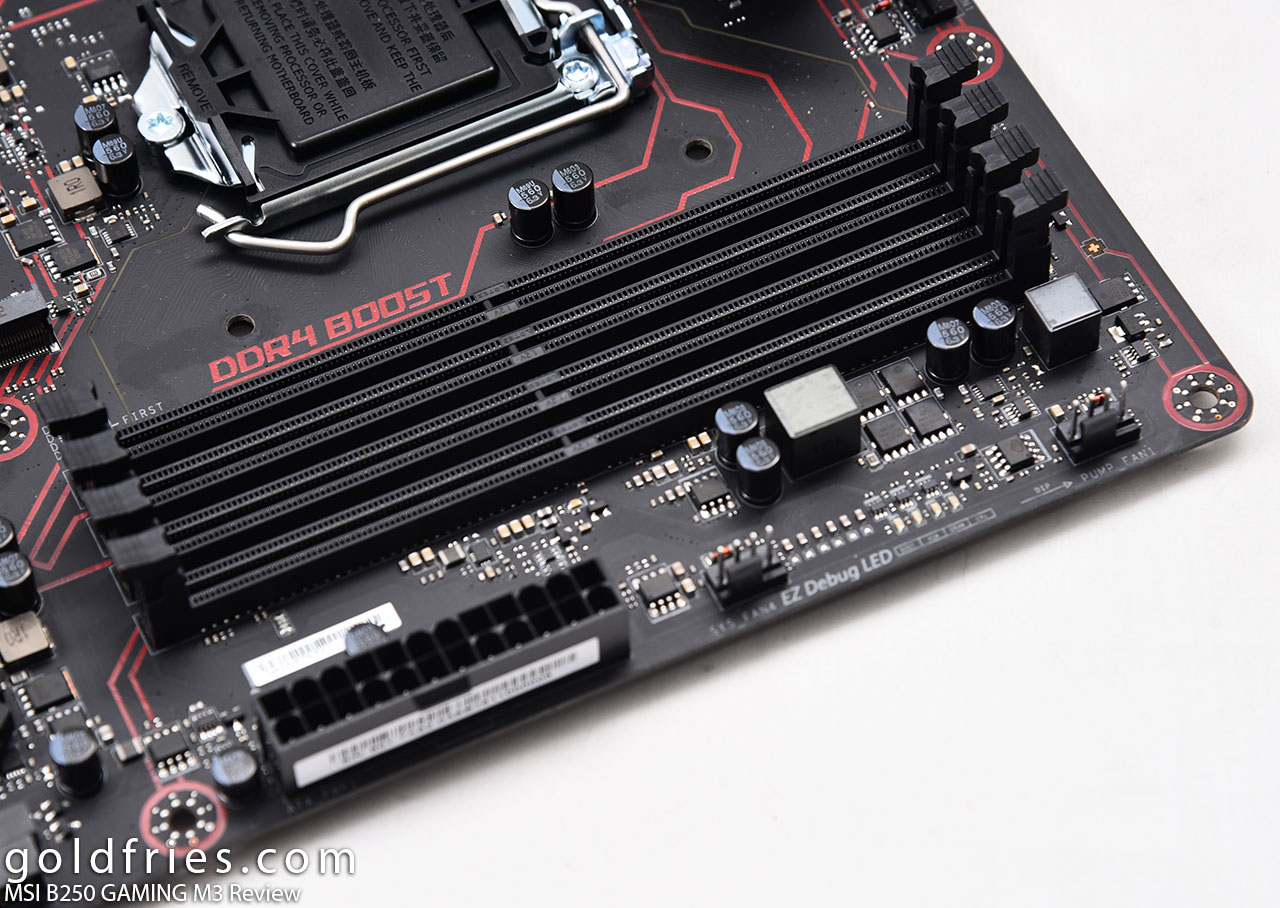 On the other side of the corner are the SATA ports and what I like about this board is that the USB 3.0 port faces forward. Note that the main PCI-E slot has PCI-E Steel Armor for better support when used with heavy cards. It also has Turbo M.2 up to 110mm support and with Steel Armor, and not forgetting NVMe support, up to 32 Gb/s using PCI-Express Gen3 x4.

While the board isn’t one that’s filled with RGB lights, it comes with Mystic Light Extension that allows you to connect to RGB strips or other LED solutions for synchronization purpose. 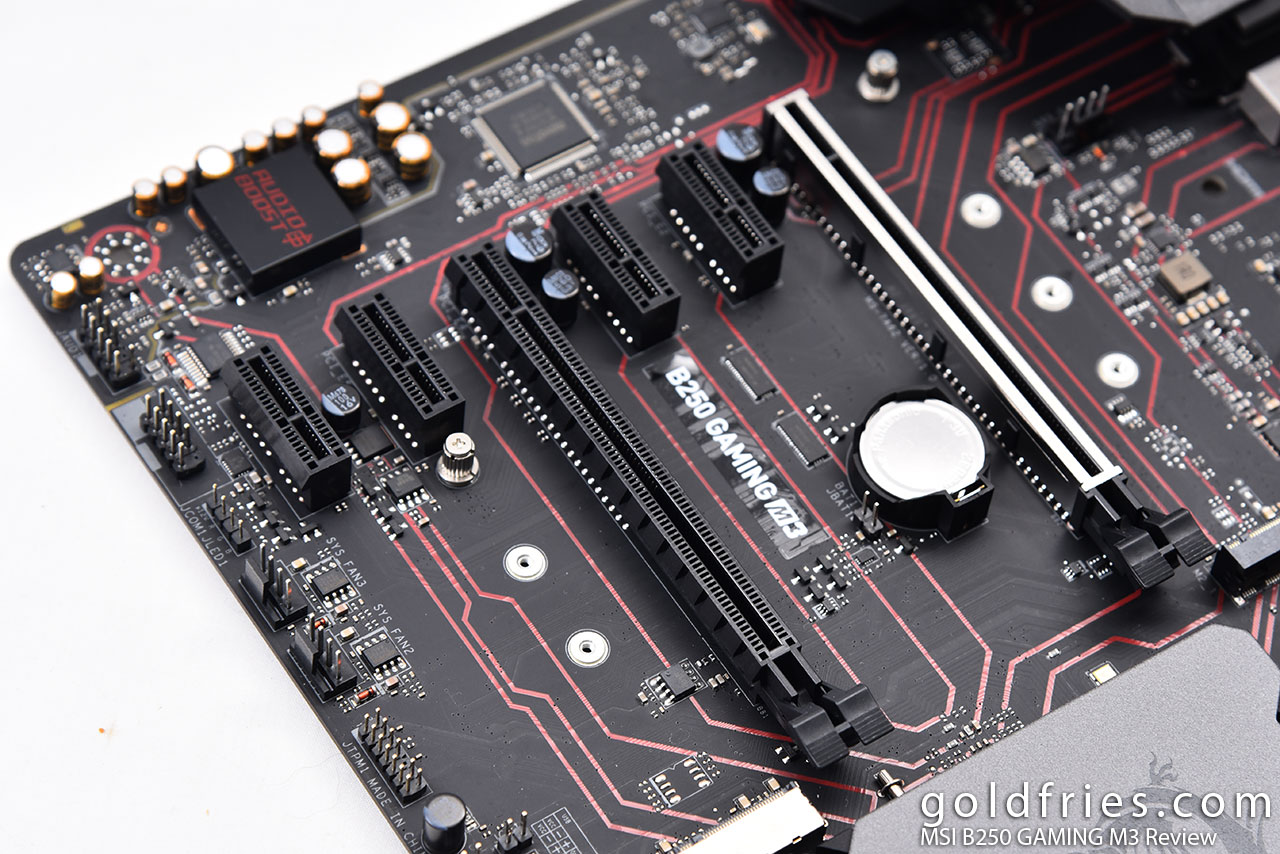 Lastly the I/O panel, being a B250 you can’t expect too much from it but it’s plenty sufficient for the gamer market that it’s targetting. What you should know is that the MSI B250 Gaming M3 isn’t just all for show, it comes with Killer® GAMING LAN and Audio Boost 4 with amplifier which is MSI’s optimized gaming audio using best components and it with Nahimic 2 audio system.

The board works as it is, the UEFI is just as what you’d expect from an MSI board. 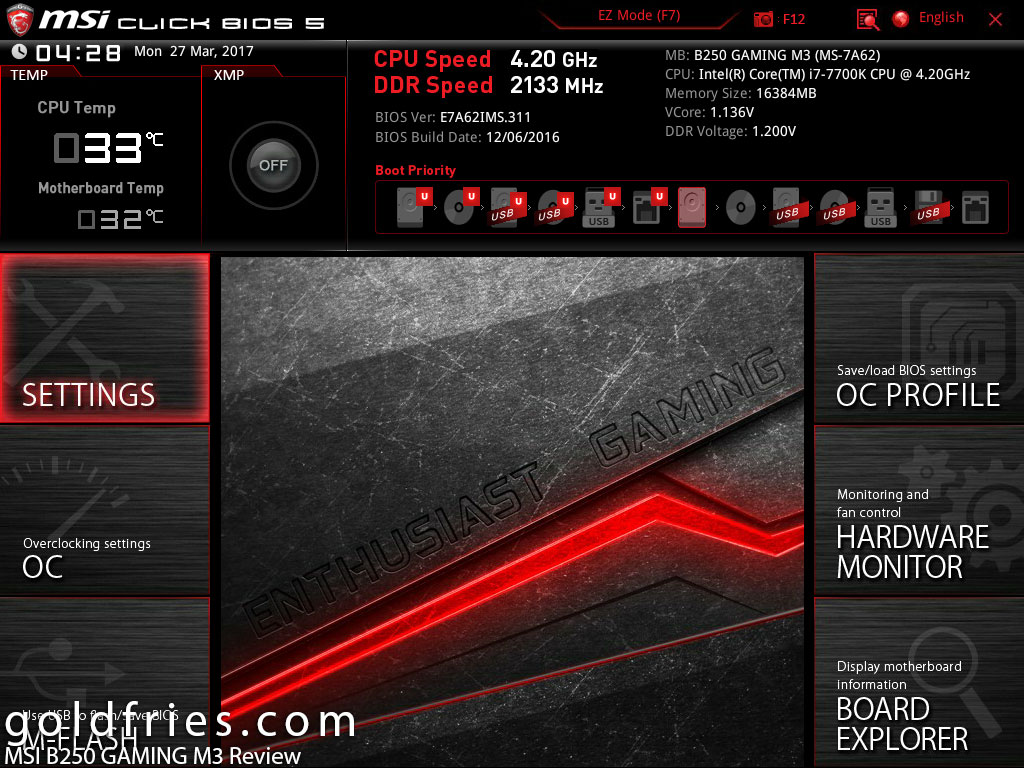 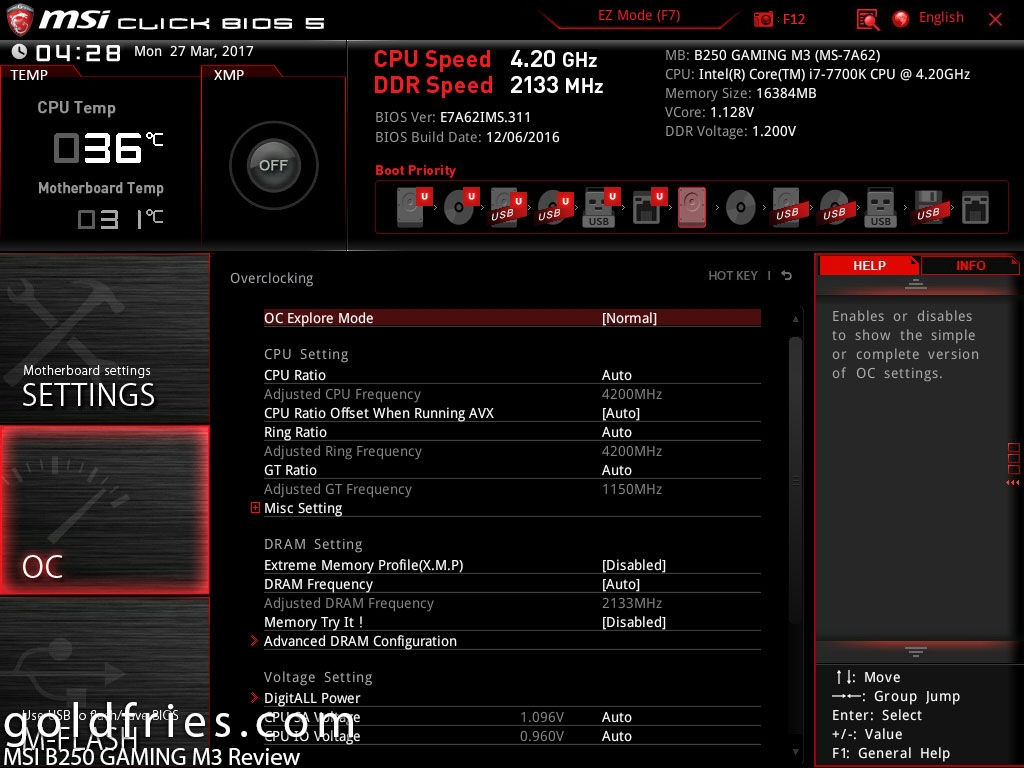 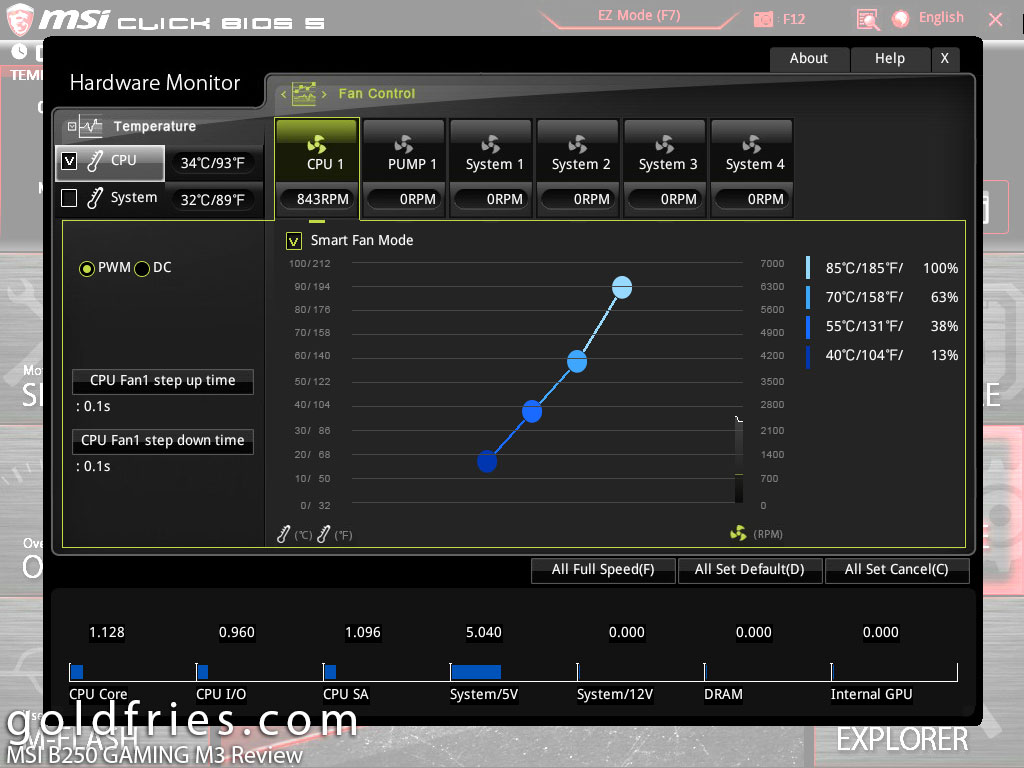 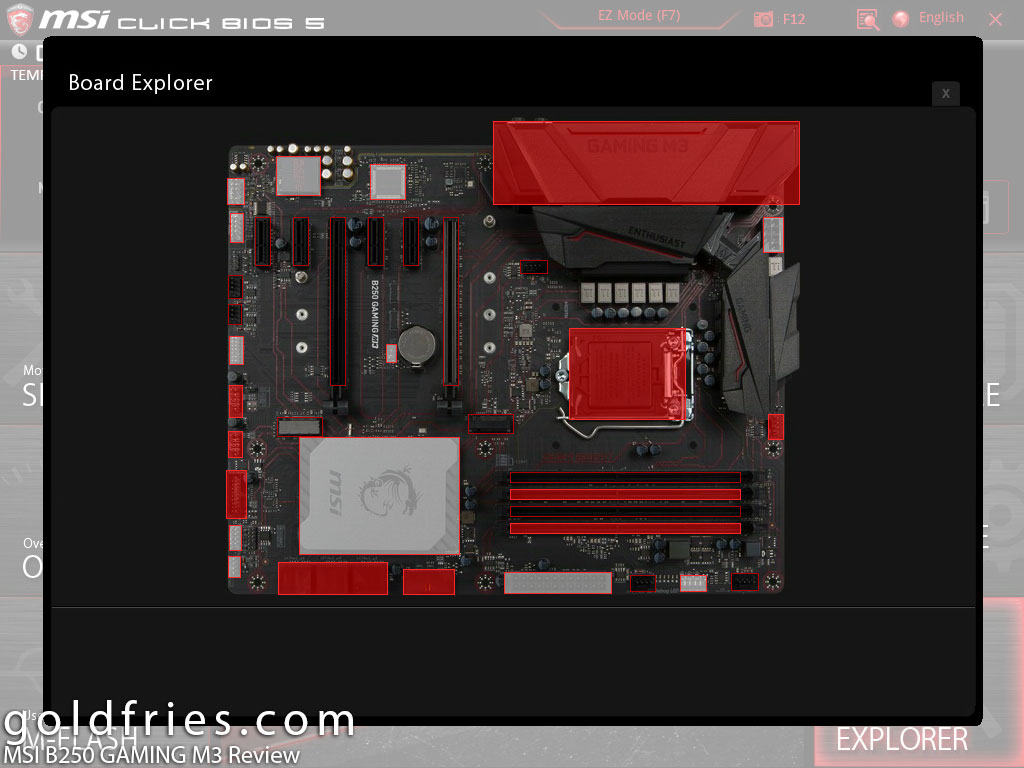 There’s nothing to tweak really, I’m using a K series processor but the users for this model of a board will not be. It’s just plug and play and from what I tested, it works just fine.

The MSI B250 GAMING M3 retails at RM 620, it can be found over at Lazada and guess what – serviced by MSI itself.

Lovely board? Yes it is. Don’t forget to check out the official product page for more details.