I thought I’d review a Segotep casing first but I think the Segotep GP600G should be quite interesting too. Segotep is a new brand to us but it’s actually a well-known brand in China. The Segotep GP600G retails at RM 249, of which one might think it’s awesome stuff for a 600W power supply unit with 80Plus Gold rating BUT hold your horses – this is NOT a 600W PSU. 😀 But before we get into that let’s have a look at the content. 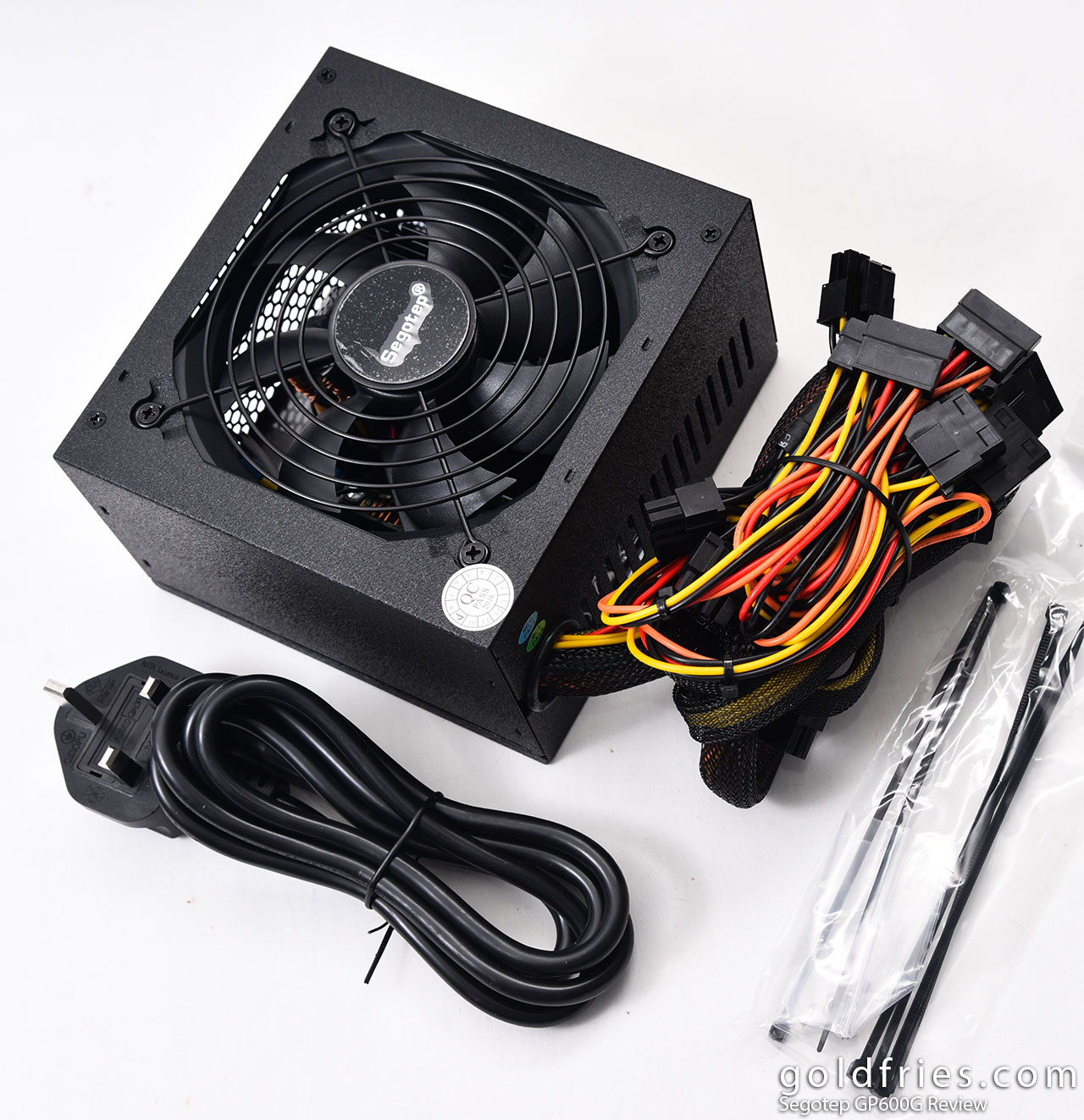 Here’s the PSU itself. 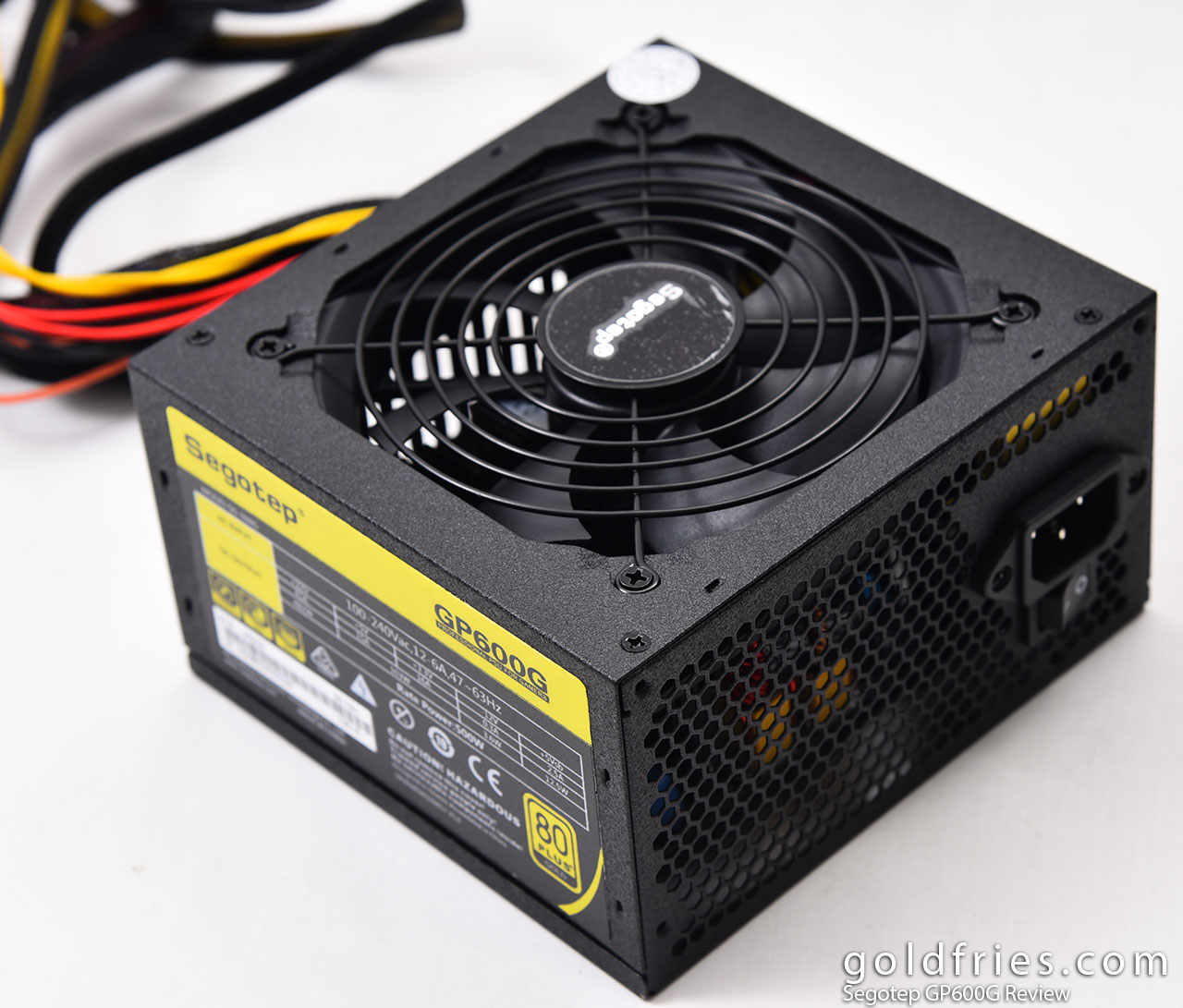 The cables are non-modular, the 12V cables are sleeved while the rest are not. 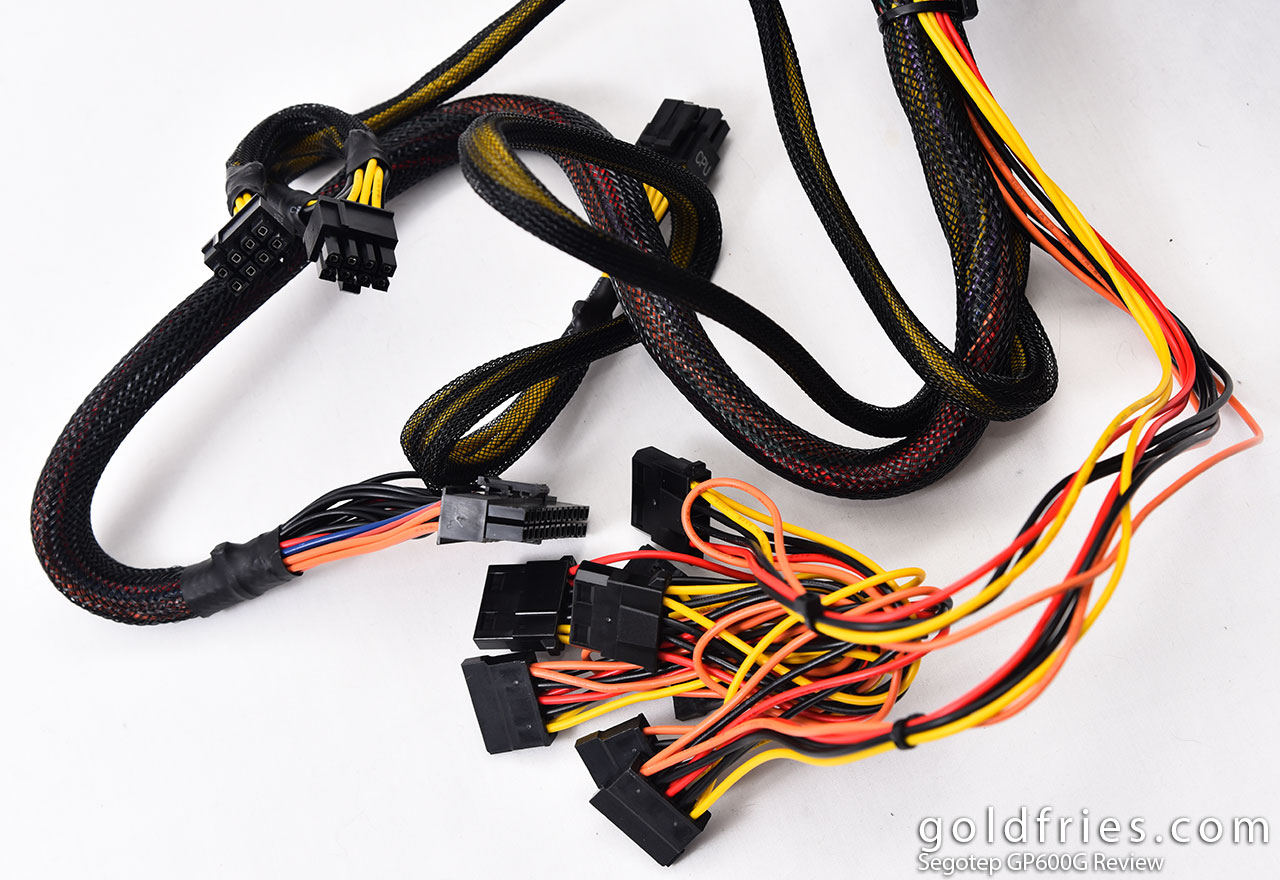 Here’s the power table – the Segotep GP600G is actually a 500W PSU. They’re not wrong to put 600W either because that’s the total combined but for most brands, the rated wattage or model number is based on 12V delivery as that’s where the bulk of the draw is from. 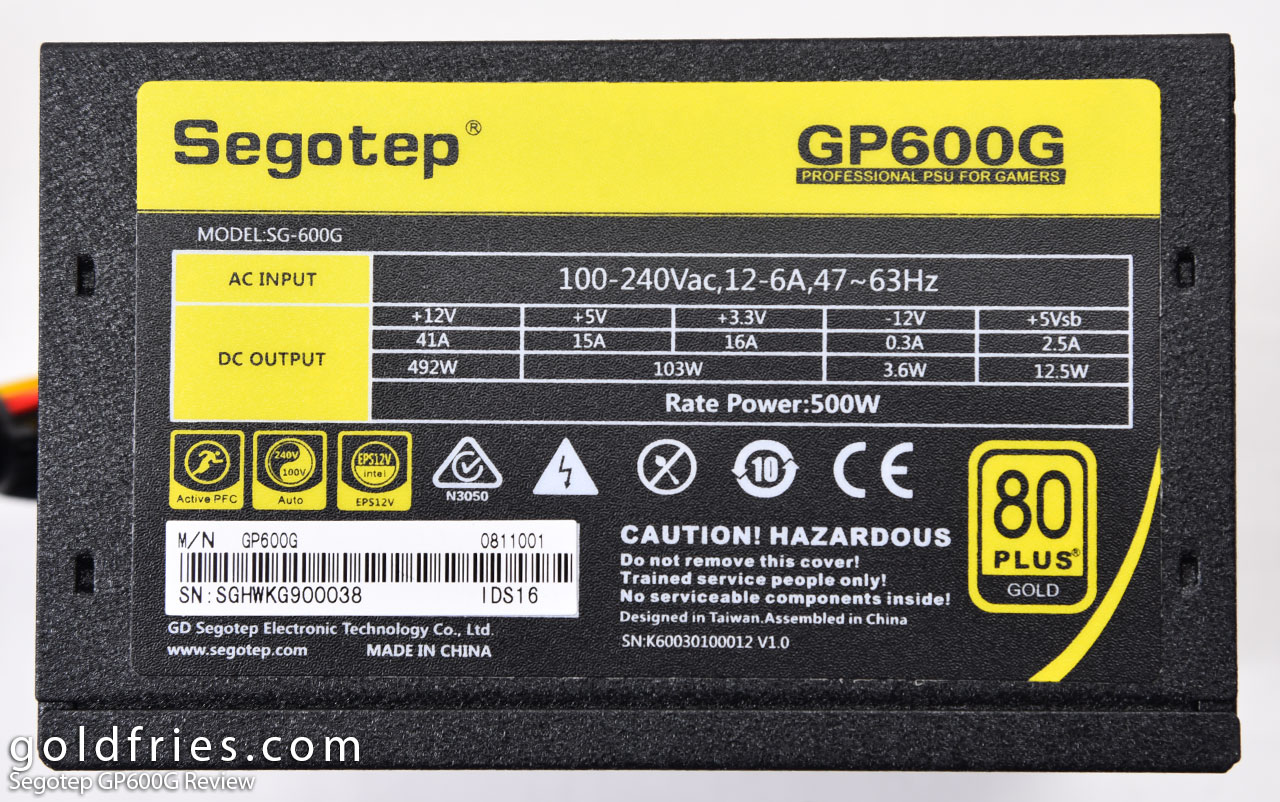 As always, I run the test based on consumer work load with the aim to stress it on average around 90% of the 12V rated load.

The test went on for around 8 hours, because I fell asleep and get a really good dozer there. When I woke up I expected to see the system tripped, or perhaps some nasty stuff, admittedly I didn’t have much confidence in the brand but Segotep proved me wrong – it was still up and running!

The Segotep GP600G is an affordable 500W PSU that retails at RM 249 and it comes with 80Plus Gold rating. On the down side, it’s not modular (I’m willing to pay more for that) and even if it’s not modular, I would that they made those non-12V cables a little nicer to look at. Flat type cables maybe?