Unlike the Core i5, the Core i3 variants in Intel’s processor line up runs only on 2 cores but it has Hyper-Threading that makes it a virtual quad-core processor. 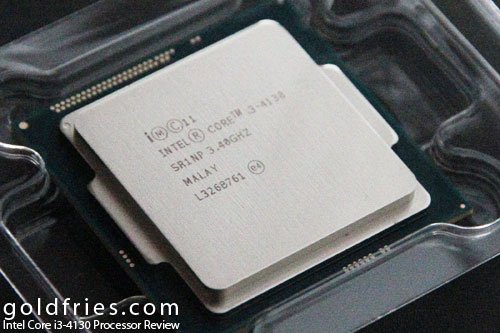 How well does the Core i3-4130 hold up to the other processors in the market?

As for the cooler, no different from the cooler seen bundled with other Core processors therefore I just took the photo of the one in the Core i5 4670K review.

And here’s the CPU-Z of the processor itself. 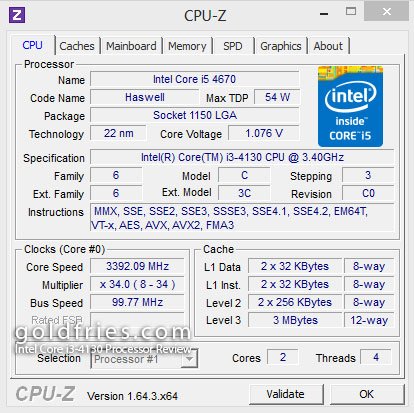 Details of the processor at Intel ARK

The processor was paired with an Asus Vanguard B85 motherboard and 2x 4GB Avexir Core DDR3-1600Mhz RAM.

In a test that’s less clock speed oriented but more core oriented, the Core i3 loses out to every other processor in the game except for the 1st generation Core i5 that’s 3 generations old.

In goldfries.com’s controlled temperature environment, the processor idles at 30c and peaked at 60c on load.

The latest generation Core i3 is no slouch when it comes to performance, only to fall behind in applications that benefit from dedicated cores (eg 4 cores instead of 2 core with 4 threads). The Core i3-4130 is good to go when it comes to general purpose and even computer gaming.