A stunningly beautiful Intel motherboard from MSI, the Z87-G45 GAMING is but one of the many GAMING series motherboard that’s MADE for GAMERS. 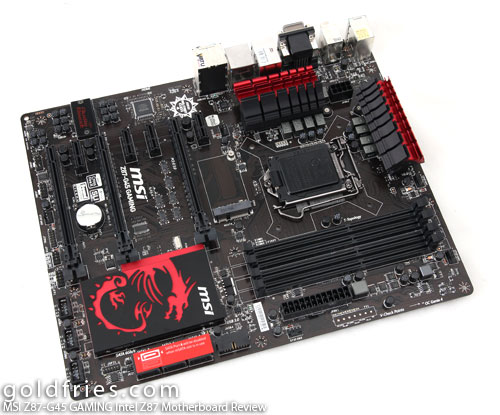 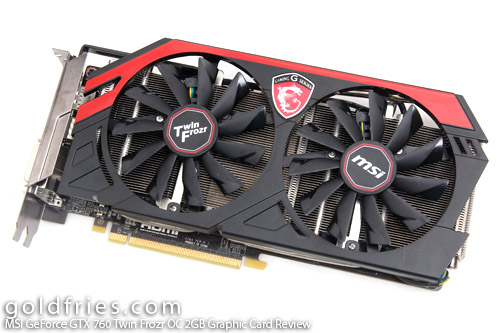 Unlike the older generation MSI board – no more words like “Military Grade” on the heatsinks. It’s just plain and neat, a beauty to behold. 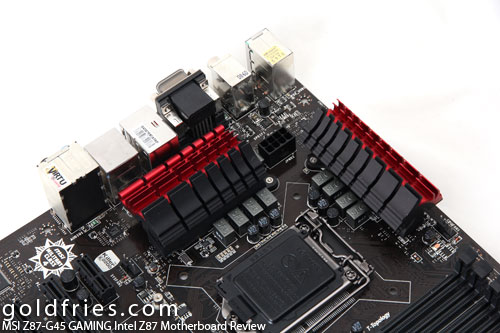 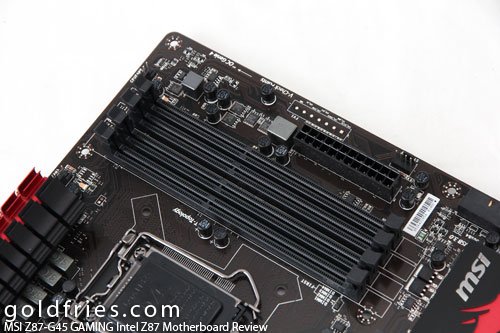 Now this is the part that makes it striking, the southbridge heatsink is of the GAMING series dragon symbol.

It also made a lot of sense moving the USB sockets (both USB 2.0 and 3.0) to the front where it’s likely to be connected to the front panel of casings. This makes it a lot easier to cable manage. 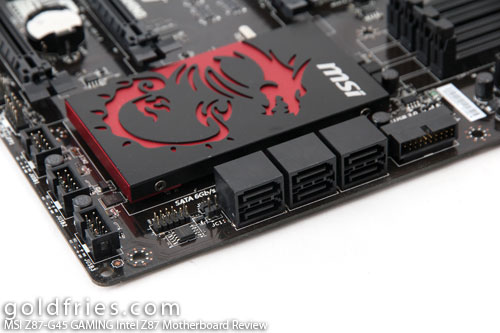 I like it that the first and second PCI-E x16 slots are 2 PCI-E gap apart, and the Audio Boost processor lights up when the system is powered on. (It’s that thing near the 2nd PCI-E x16 slot, towards the edge of the board) 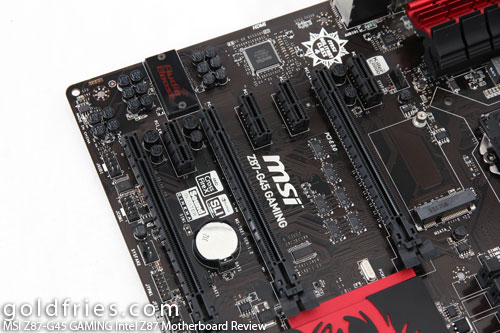 Lastly, it’s good to see the I/O port being this rich. 4x USB 3.0 with PS/3 port, and it still comes with VGA port and a Clear CMOS button. 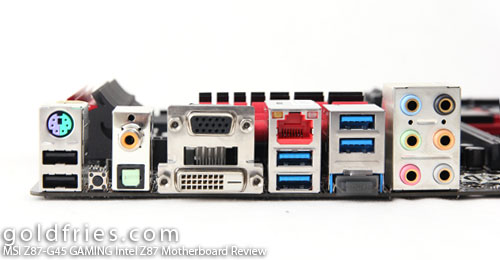 More details about the many other features on the offical product page.

I also like the UEFI interface that’s also themed just like the board, in red and black. 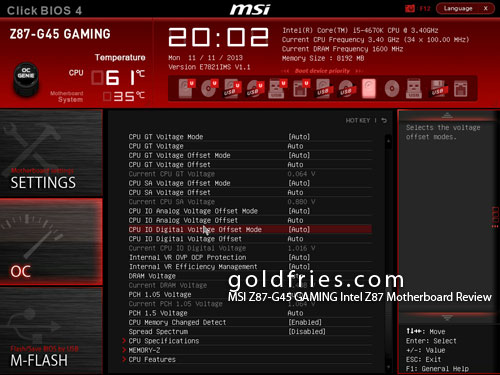 The UEFI now comes even with more detailed Hardware Monitor. 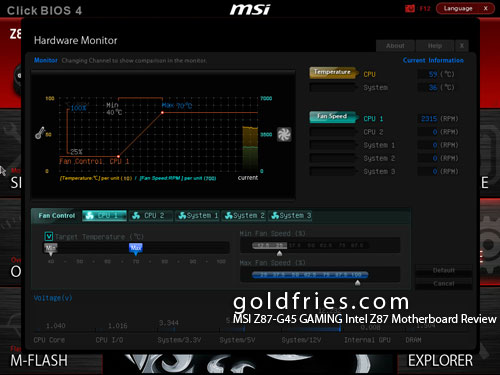 And if you’re new, you could also use the Board Explorer feature. 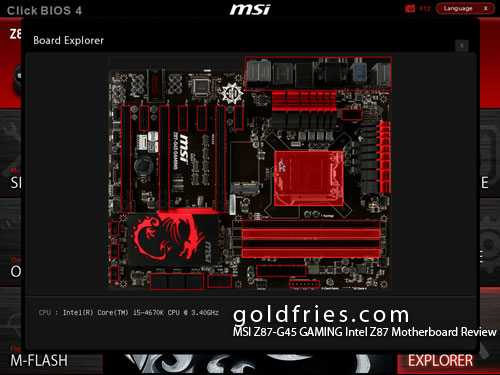 This striking and feature rich board retails at around RM 600 which is pretty good value but for the price, I only wish there’s a debug LED, or at least a speaker for debugging purpose.

NOTE : This board works with Core i3 and non-K variants of i5 and i7 but you won’t be able to harness the full potential of it.