This probably a first for a combo-review here at goldfries, after all both cards look identical and the only difference would be the non-visible specs and it’s that change in specs that sets the performance gap. So here we are, enter the Galax GTX 1080 EXOC-SNPR WHITE and GTX 1070 Ti EX-SNPR WHITE. 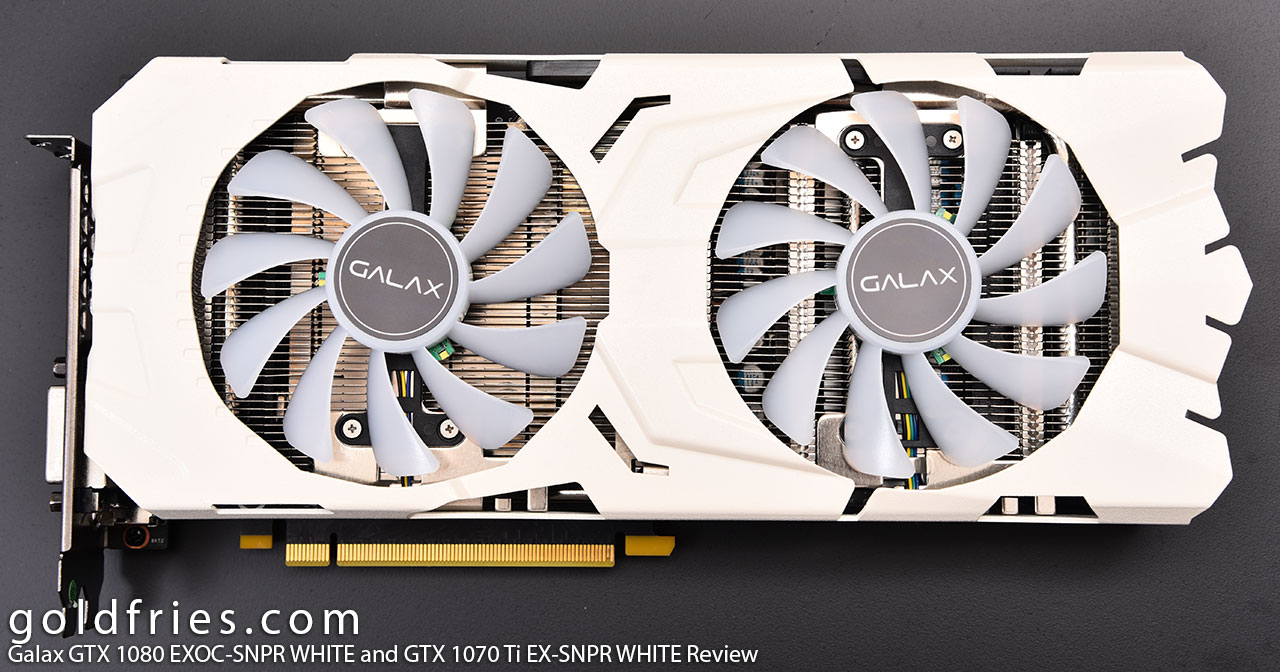 From the top, we see the GEFORCE GTX text and the extra thick back plate of which both of them come with RGB LED, these LEDs are controlled via Galax’s Xtreme Tuner Plus software that also allows you to adjust the clocks. 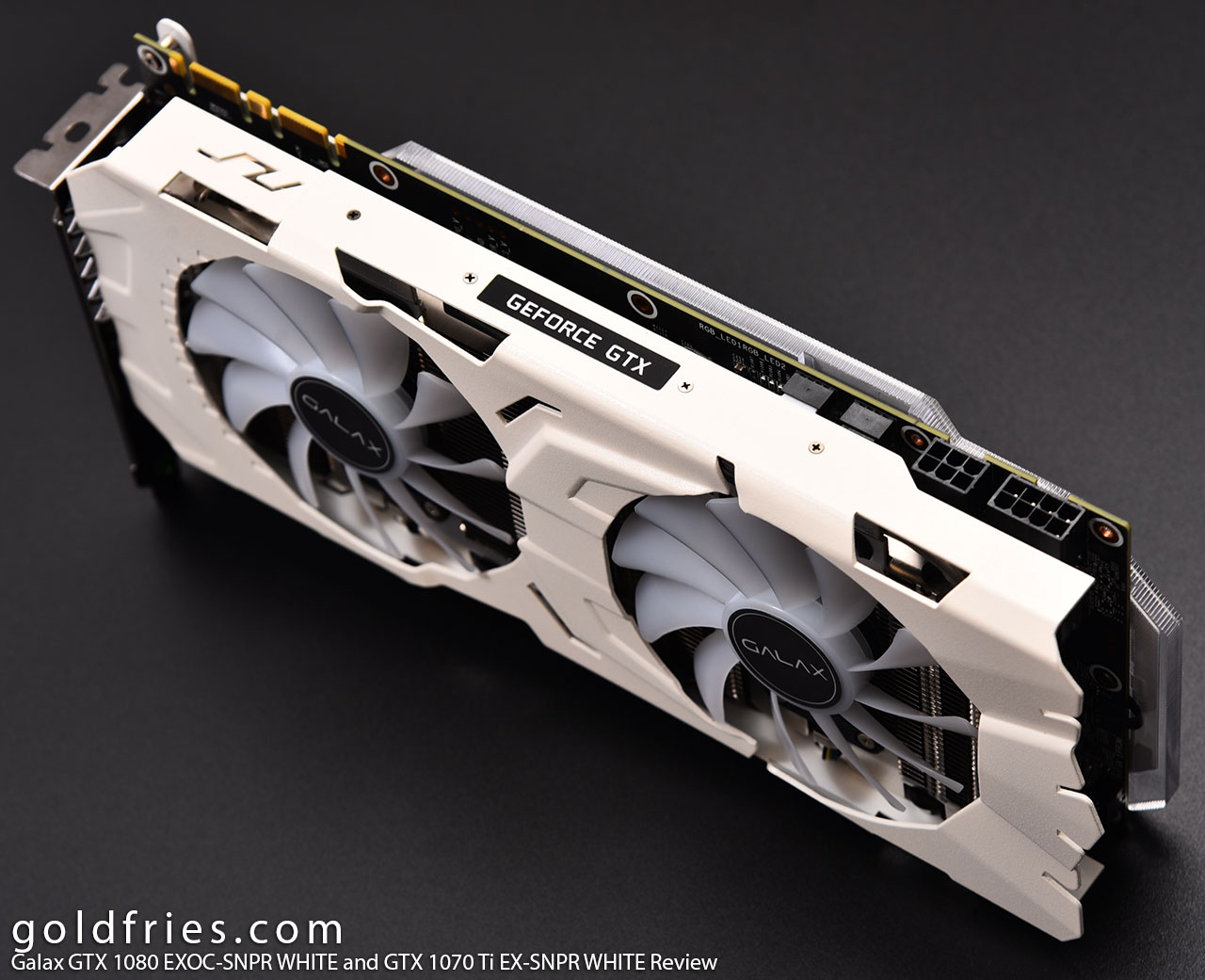 Check out the LED lights on these guys.

Here’s the white backplate of which I had to reduce the exposure by a lot, just to reveal the lines on it. 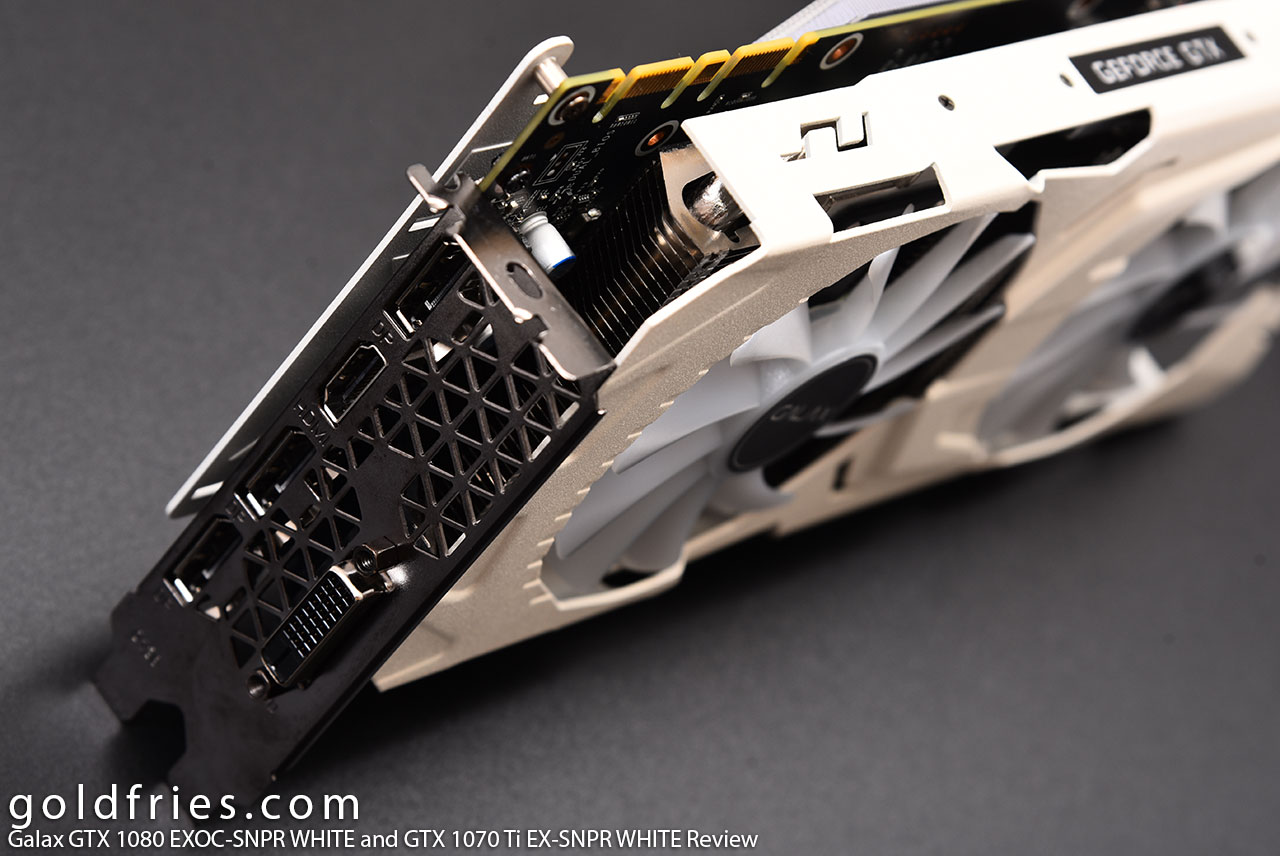 Below are the specs for both the Galax GTX 1080 EXOC-SNPR WHITE and GTX 1070 Ti EX-SNPR WHITE. 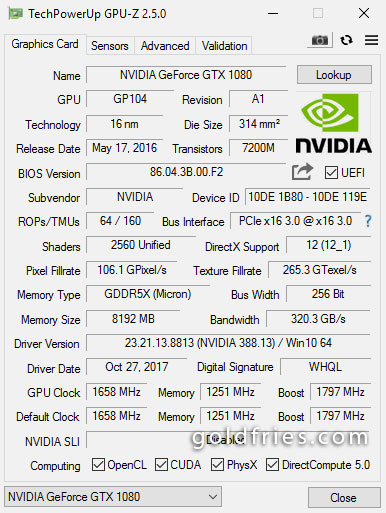 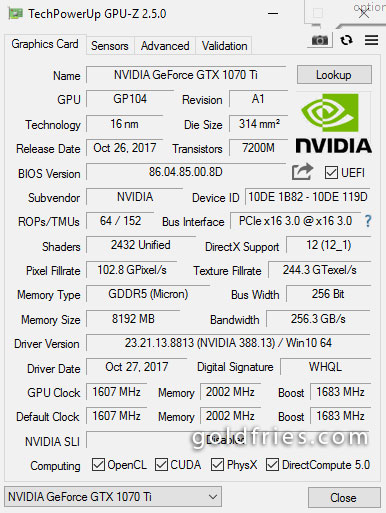 Note that the difference between these 2 cards would be the number of CUDA cores, the clock speed for both core and memory, and the RAM type which is GDDR5 on the 1070 Ti while the GTX 1080 model uses GDDR5X

I managed to overclock both cards with additional 175Mhz on the core for the GTX 1080 and additional 200Mhz on the 1070 Ti, as for the memory both run at 100Mhz additional memory speed to pass all tests. 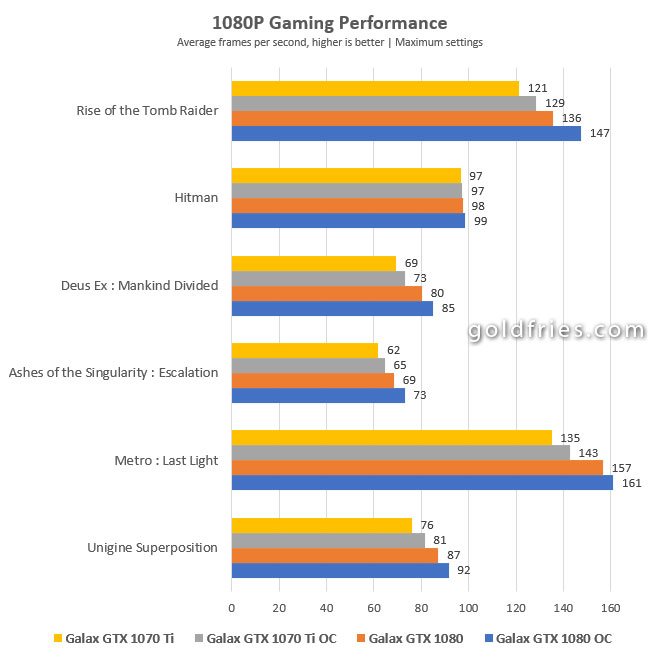 As you can see, on games like Hitman for example the GTX 1070 Ti performs identical to the GTX 1080 model at 1080P but that’s the one and only that shows almost exact performance for both cards regardless whether stock or overclock. As for the rest of the titles, regardless of 1080P or 1440P, shows a step-like difference between the brothers and it is clear than Nvidia made it such that the 1070 Ti does not step into the performance region of the GTX 1080.

As for the power draw both cards come with a 6-pin + 8-pin configuration that allows up to 300W power draw but both cards draw far than that, even with Furmark test which typically draw more power than most load test.

Lasty we have the temperature, of which the GTX 1070 Ti that draws less power run at cooler temperature. Both cards sport the identical cooler, you can’t tell them apart. The GTX 1070 Ti has white connector for the fan while the GTX 1080 has black connectors but this isn’t a good way to determine as the connectors could be different based on production batches.

The fans on both card remain low even under load, keeping the card running at reasonable temperature without sounding like a blow dryer.

Only down side about this card is that you can’t turn off the LED that’s under the fan, and they are pure white so there’s no sync with the other RGB lighting.