The ASRock Taichi line-up was introduced not long ago and what we have here is the latest revision and as you can see the ASRock Z370 Taichi totally strays from the black and white design we knew for a neutral grey and black appearance which I think isn’t a bad move, though it also means ASRock’s models are no longer a choice for the crowd that loves white setup. Unlike the Gaming K6 model, the Z370 Taichi doesn’t have a cover piece over the I/O cover and the heatsink next that covers the power phases. The heatsink does come with a pattern on it but from what I observed it gets scratched easily so be extra careful over that area. 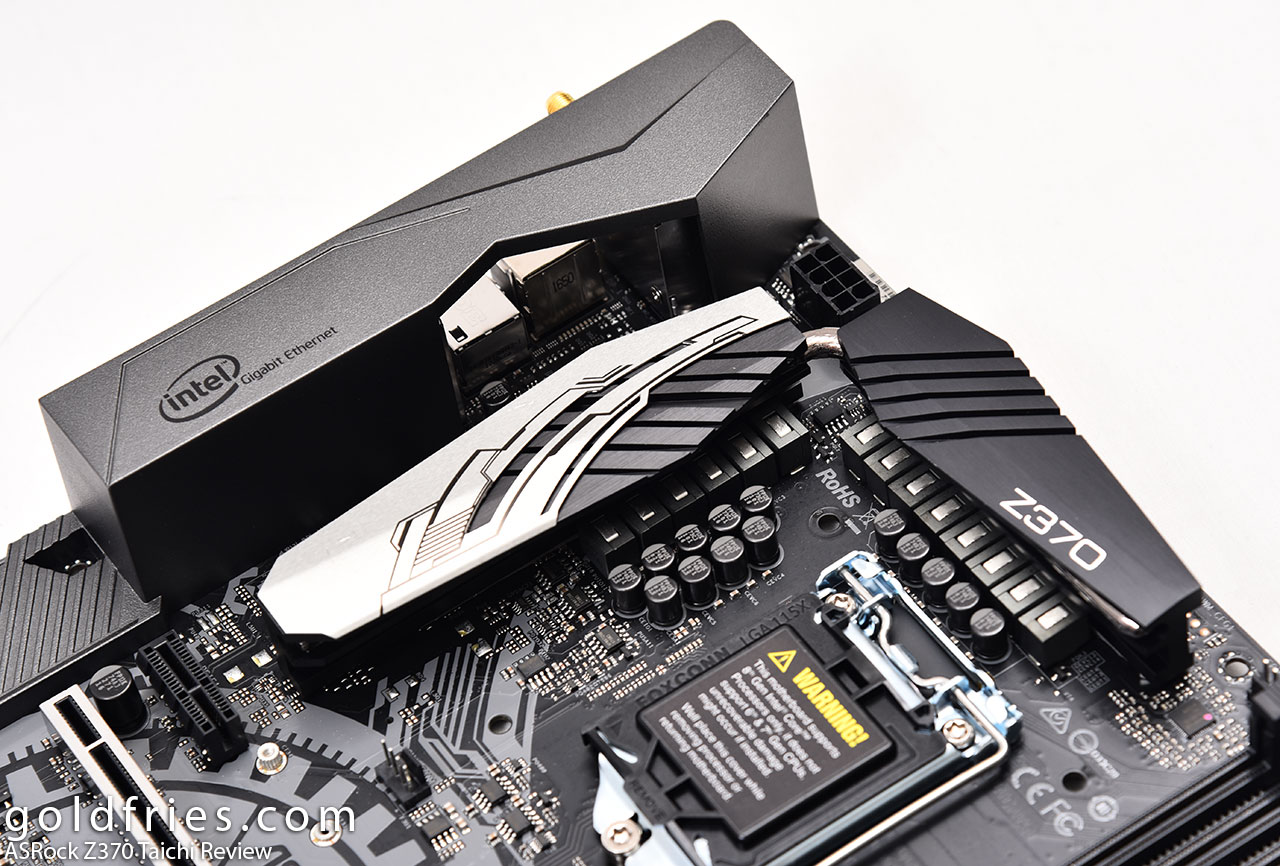 On this corner of the Z370 Taichi you’ll see that it offers nothing special when compared to many other boards, sure it has USB 3.0 and USB 3.1 connection header but that’s pretty much it. Power / Reset button? They’re non-existent despite the board considered top-of-the-line, which I think is a huge disappointment. On the lower corner – the cog-wheel design heatsink, 8x SATA 6GB/s ports, a forward facing USB 3.0 port and that’s pretty much it. The heatsink is the only part of the Z370 Taichi that’s LED lit. 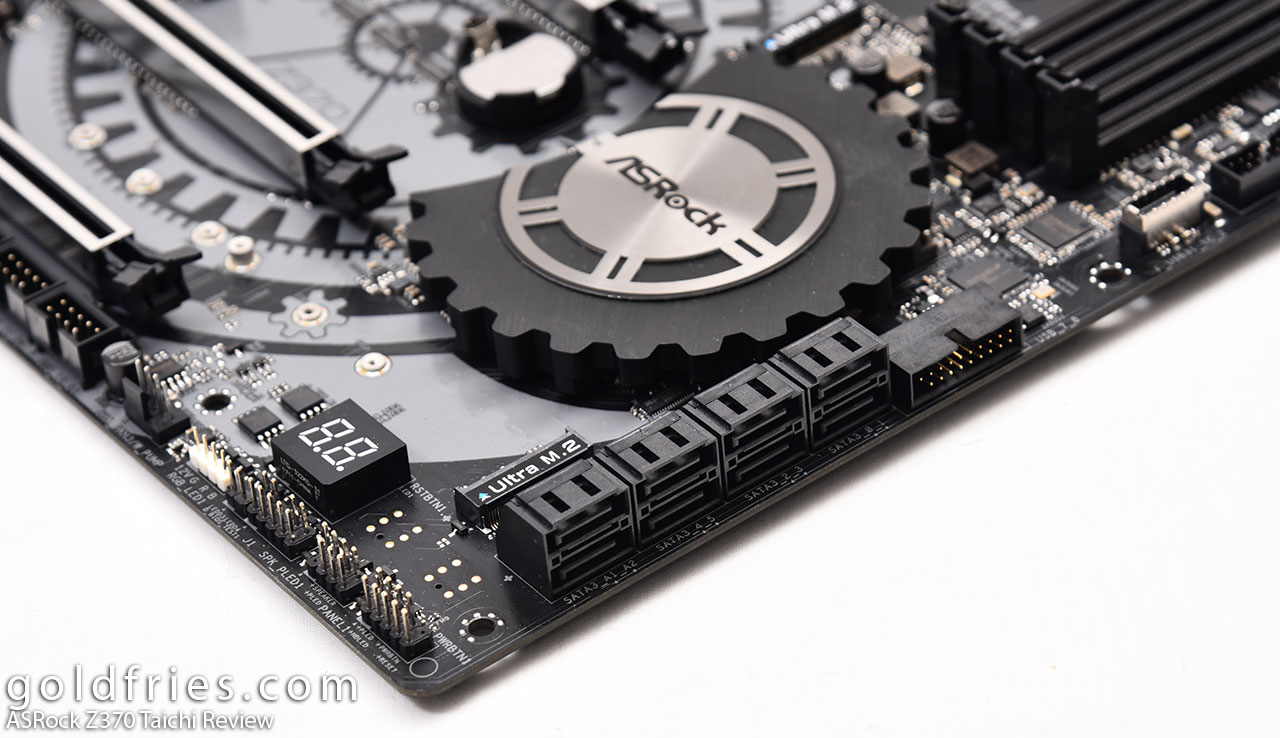 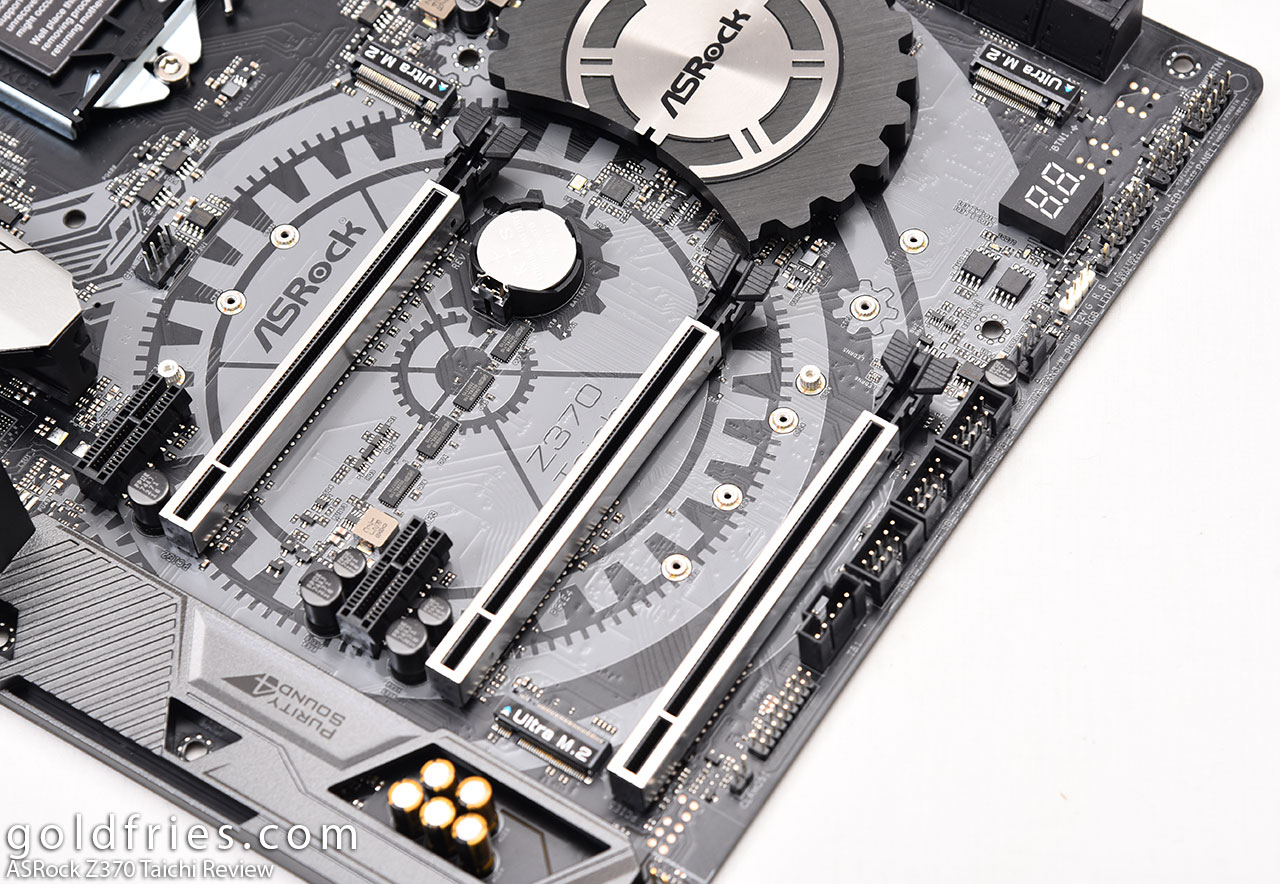 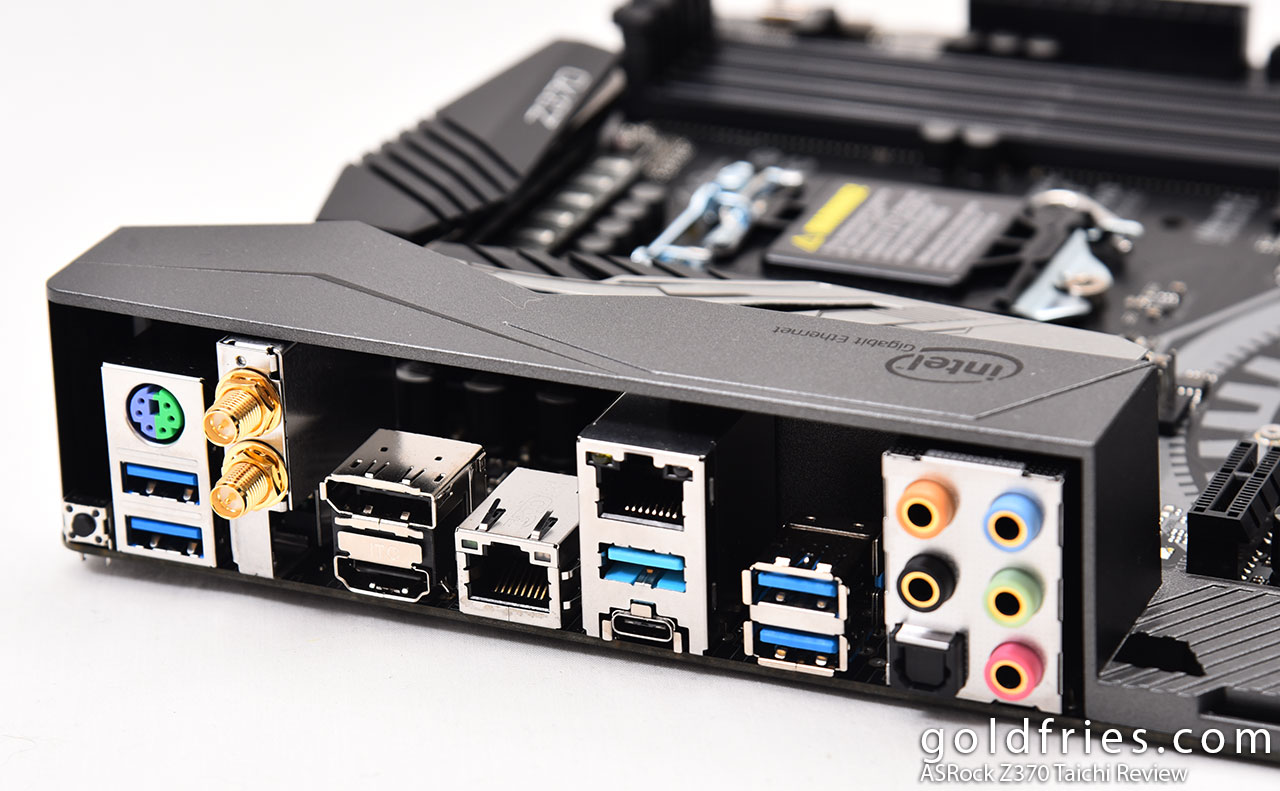 What sets the Z370 Taichi apart from other ASRock boards is that it has triple M.2 sockets, it has Wi-Fi capability, it has DisplayPort output and it has ASRock’s Purity Sound 4.

Put it simple the Z370 Taichi is less gaming focused BUT it is just as capable for gaming purpose. It has overclocking features too so you won’t feel left out, the Taichi model doesn’t have features like Key Master and Fatality mouse port. Less gaming, more storage, connectivity and experience (audio) focused.

The ASRock Z370 Taichi retails at RM 1069 and has 3 years warranty, it is a great board that gives you Wi-Fi connectivity, Purity Sound 4 for excellent audio output and it has triple M.2 sockets for your M.2 device needs but what it lacks despite the 4-figure price tag is the POWER and RESET button of which I think any board at this price point should have.

Regardless my opinion of the lack of buttons, the Z370 Taichi is still an excellent board and worth anyone’s consideration.