The HEXA+ model from FSP continues the tradition of the very popular HEXA Series with some improvements. 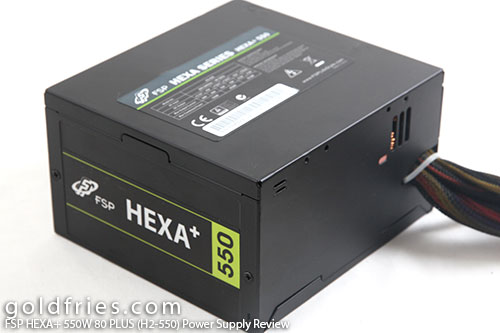 For a start, the HEXA+ doesn’t use the hexagon shaped vents anymore and the grille is now part of the casing itself instead of one that’s of screw-on type. 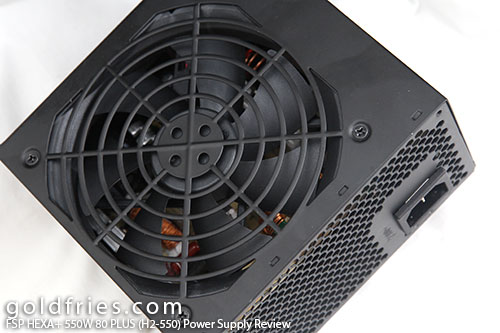 And unlike the original HEXA series, the HEXA+ comes with sleeved cables but as you can see from the image below, the sleeves do not cover from end to end. 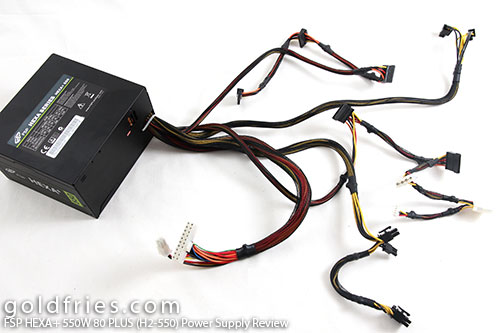 As stated on the official product page, the HEXA+ “Meets 80% Efficiency” but make no mistake, this is not saying it’s an 80PLUS Certified PSU. 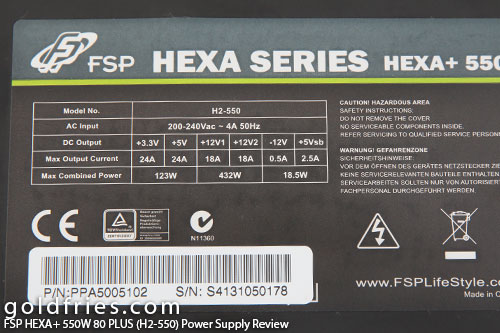 Other notable different between the HEXA+ and the HEXA is that the HEXA+ comes with 5x SATA Connector and 5x 4 pin Molex Connector instead of 4x as those of HEXA.

With our limited lab, I tested the HEXA+ 550W with my system that runs an AMD Radeon R9 280X based GPU, I set the system to perform crypto coin mining operations over more than a week and the unit didn’t break down. 🙂 This was something I couldn’t do so with the HEXA 500.

The FSP HEXA+ 550 retails at around RM 175 and it’s a PSU that you may consider if you’re on tight budget.