Following the tradition of the AURUM 92+ range, the AURUM PT is essentially the Full Modular version of 92+ with improved components. 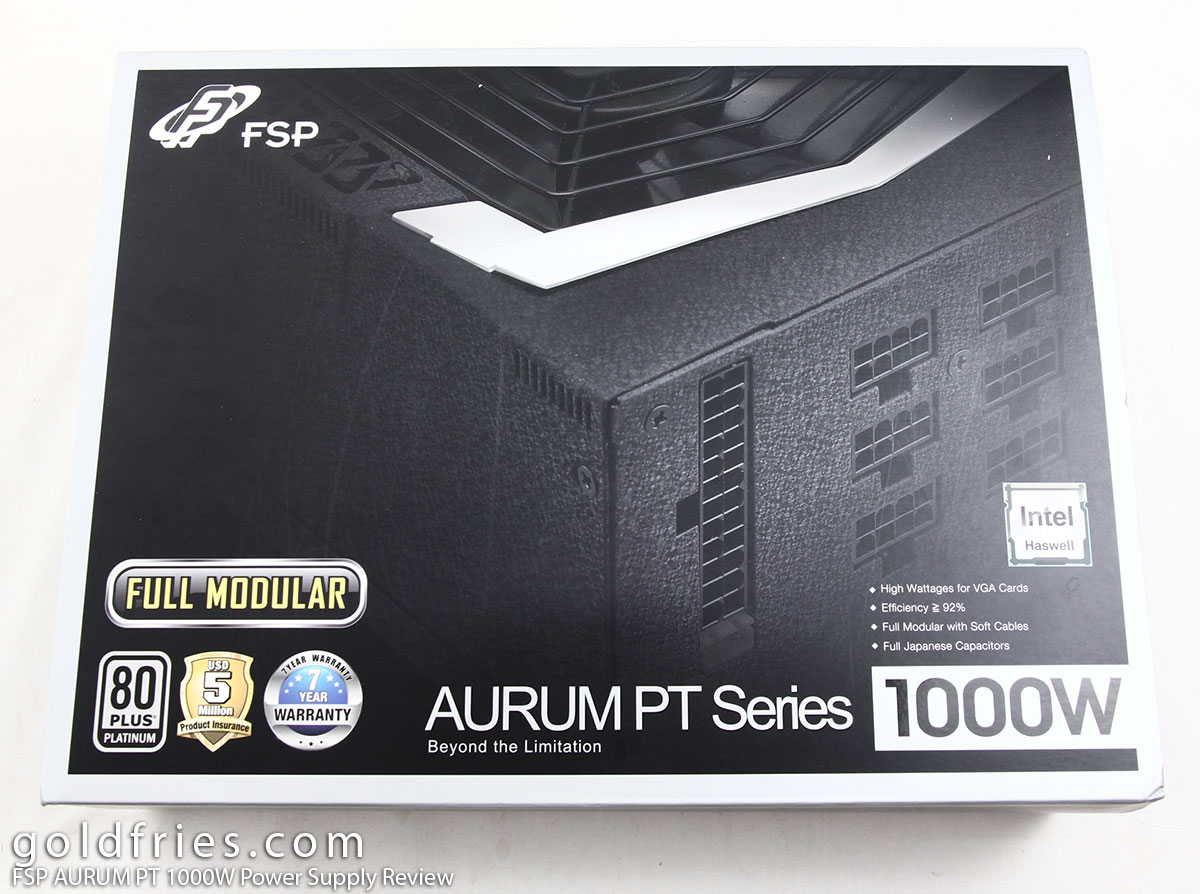 Unlike the Aurum 92+ that is of quad-rail design, the AURUM PT is a single-rail PSU. Within the package itself, the PSU, power connectors and manual. 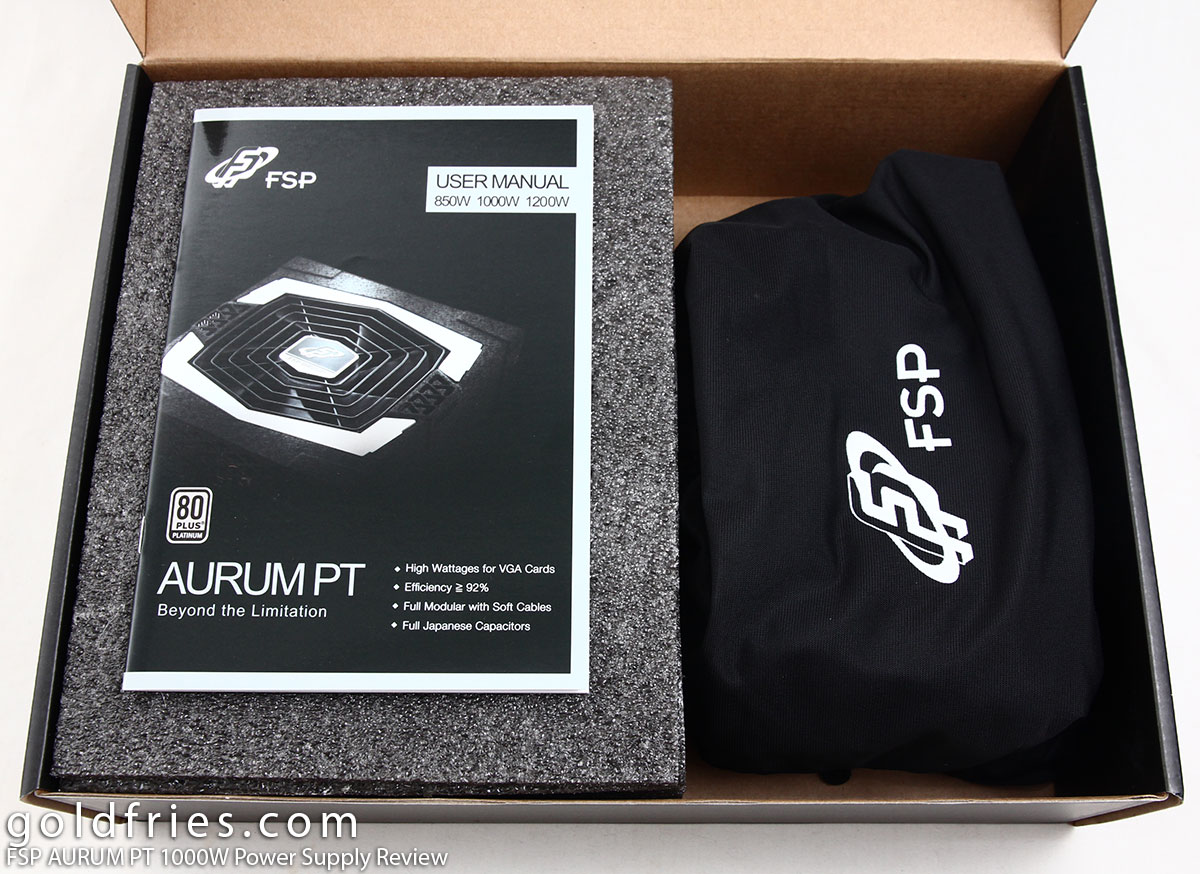 The power supply chassis is of rough texture, just like the rest of the AURUM range. And unlike the other range that’s of yellow theme, the Aurum PT range is silver colored to indicate to match the 80Plus Platinum certification. Rough textures aside, the unit also comes with FSP’s specially designed ventilation.

Just as with the other AURUM models, the FSP logo is almost beyond recognition unless one takes time to stare at the plain surface. Quite difficult to showcase the brand when it comes to displaying them on a case setup. There’s the view from another angle, you’ll see the connection points for the modular cables.

I think the layout is superb. The sockets are placed by sections, starting with the one for ATX power, followed by the section for PCI-E and CPU power, and to end with a host of socket for other components using SATA power or 4-pin Molex. The flat-type cable head allows more sockets to be placed with the area. 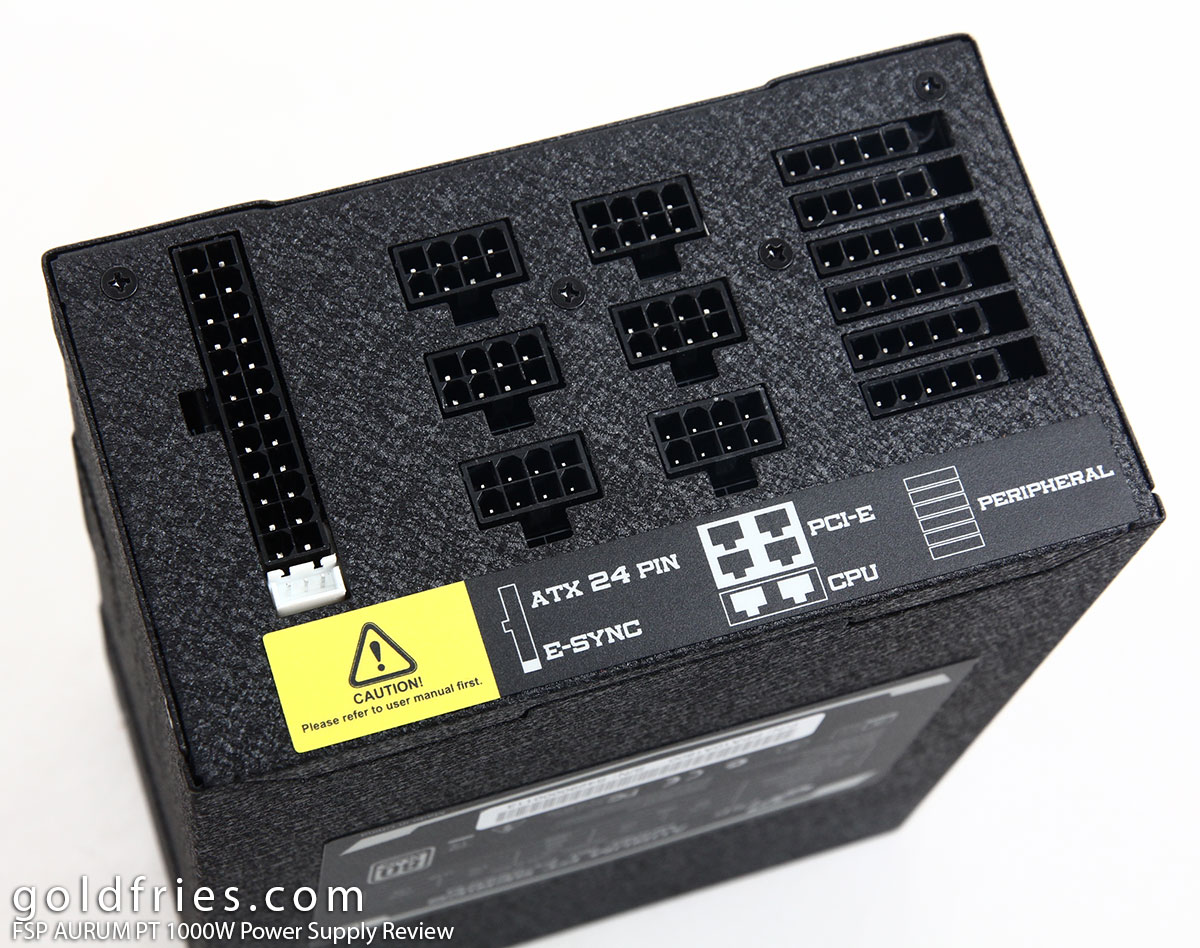 At the rear, the specially designed FSP grille that helps ventilation. While we do not have comparison tests, my experience is that FSP’s PSU do run cool and silent. 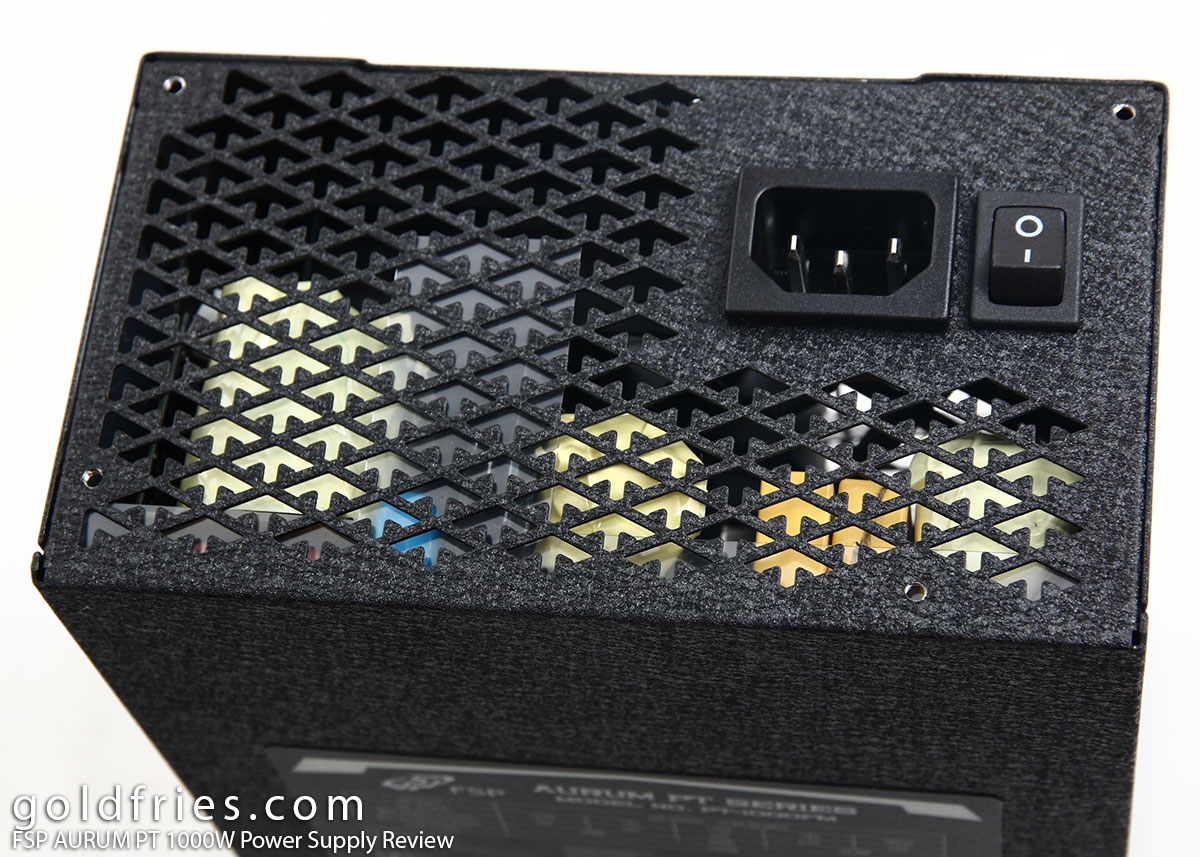 The AURUM PT comes with excellent number of cable, with even 4x PCI-E cables for you to max out your GPU capacity. 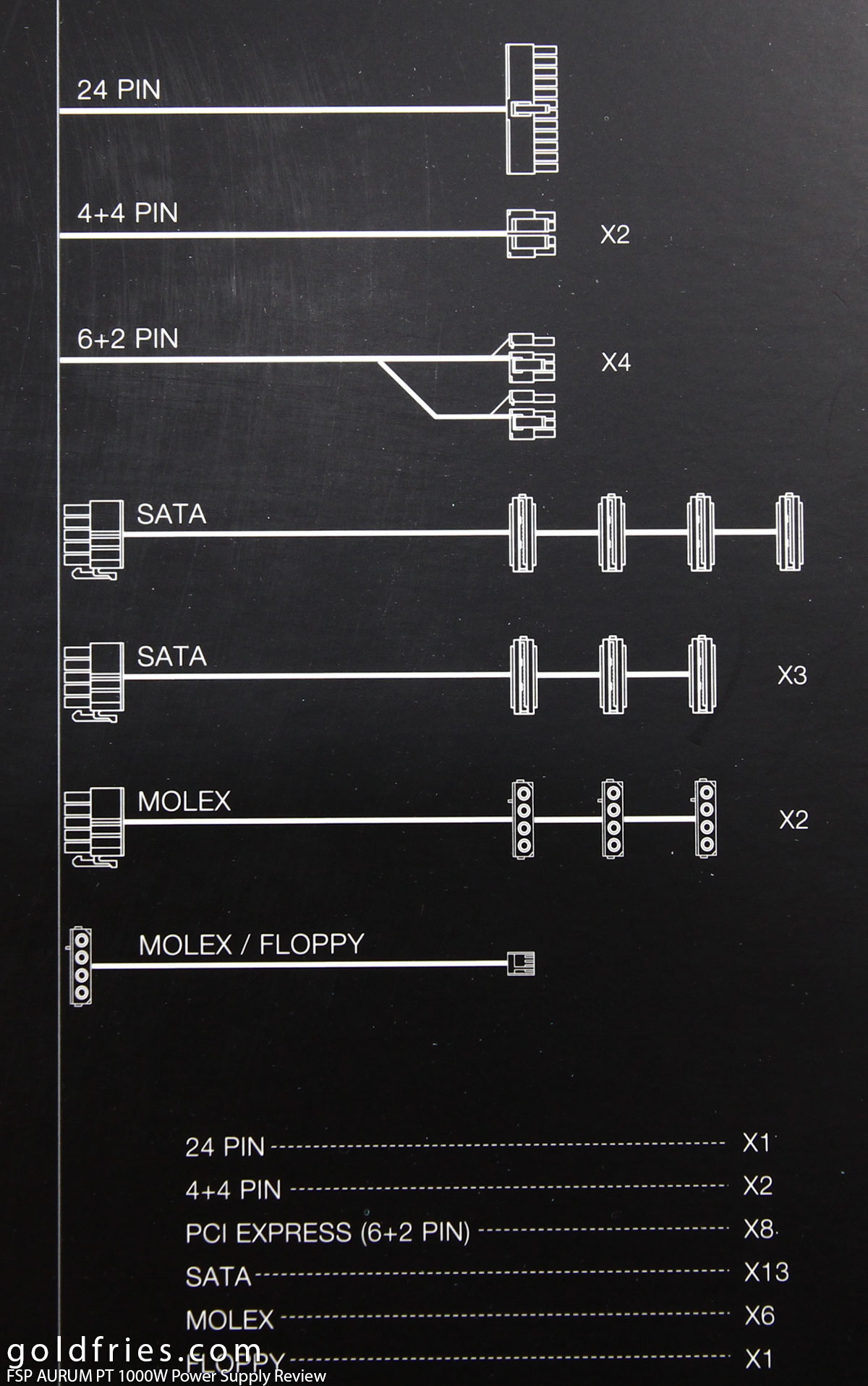 One thing I must commend about FSP is their improvement of the cable sleeve. In the AURUM PT, FSP provided 4x PCI-E power cables and all of them are of braided sleeve types.

In their older units, the PCI-E cable that’s attached to the PSU is of braided sleeve while the modular PCI-E cable is of a flat type with rubber sleeve. This mismatch of sleeve type makes it unsightly, with one cable being different from the other. 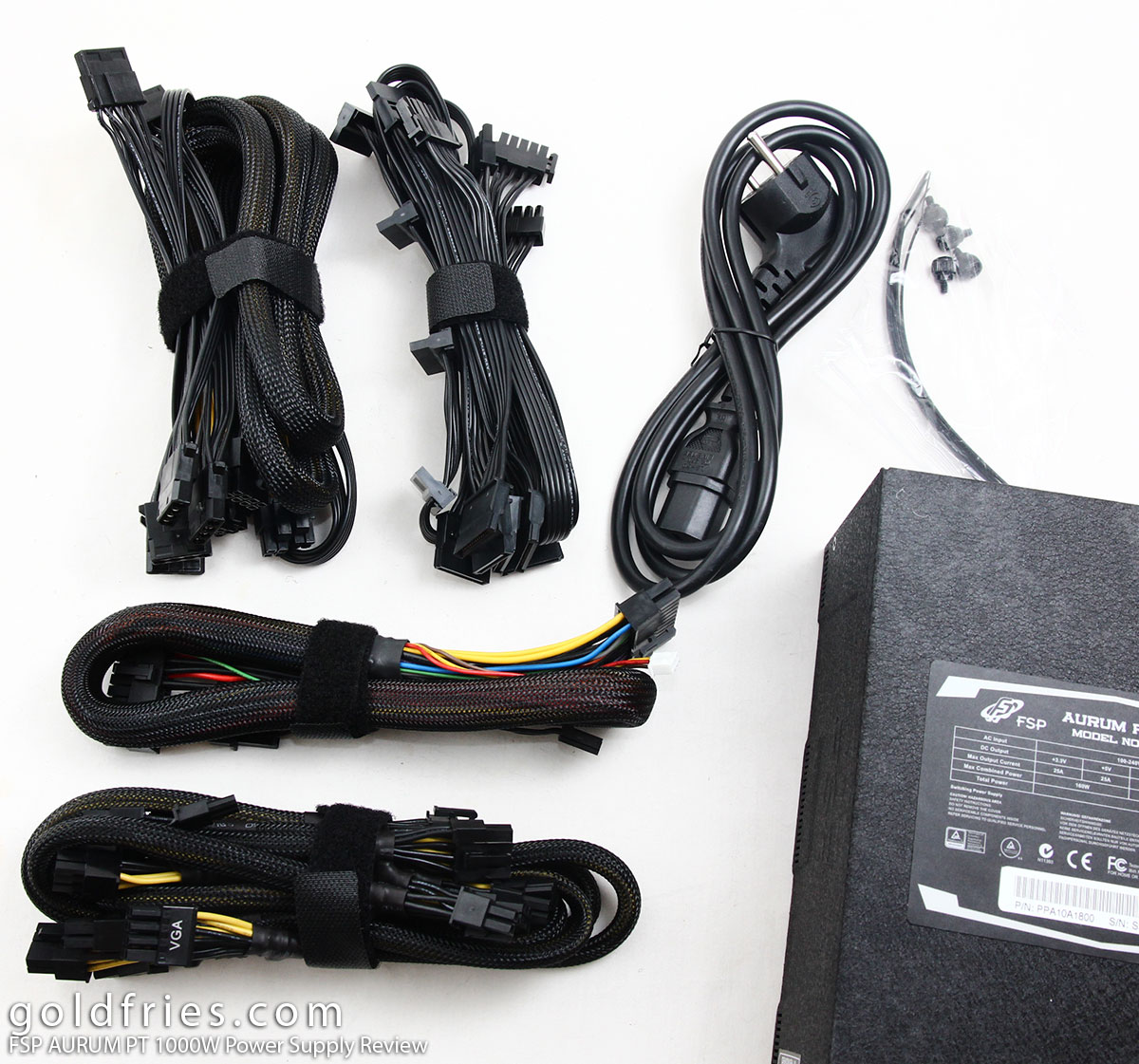 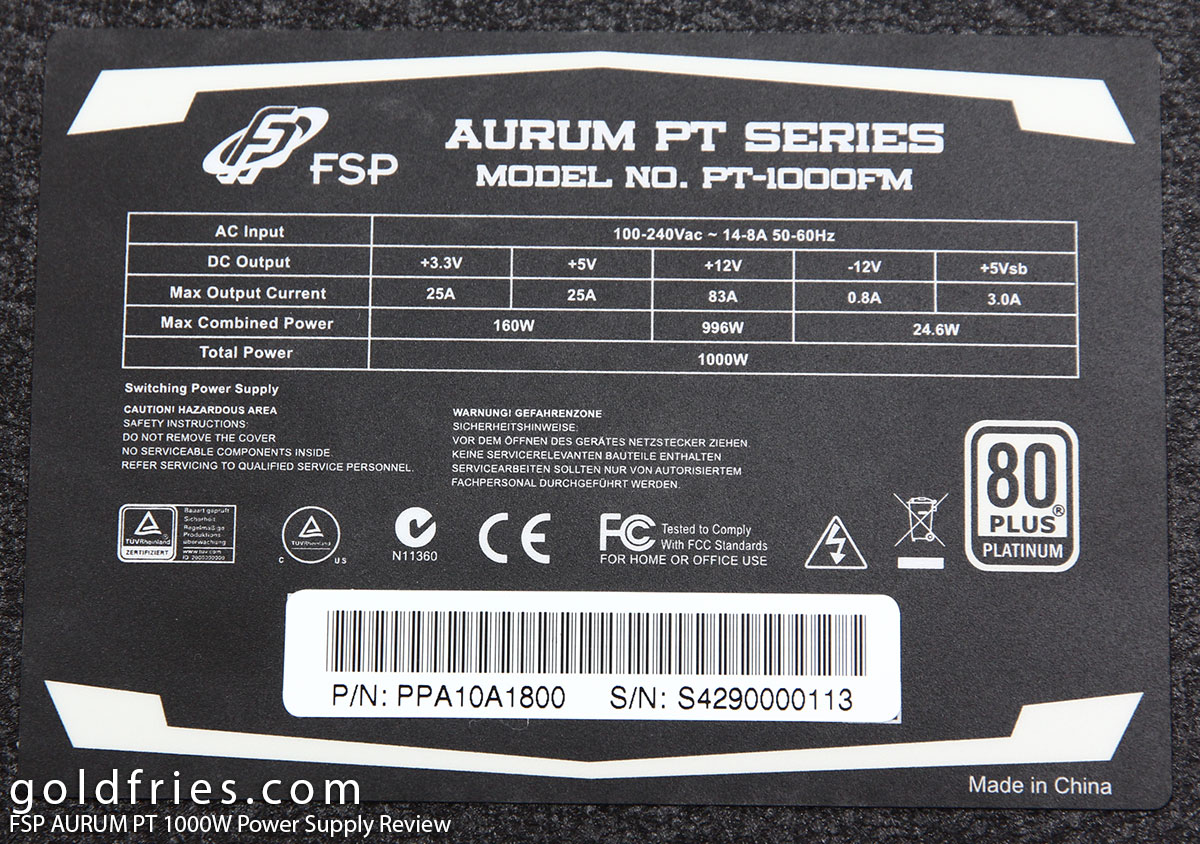 Features and Specifications are available on the official product page.

Here are some animated GIF to explain the technology in the FSP’s PSU.

There’s more! Here’s a video for the AURUM PT PSU.

The FSP AURUM PT 1000W delivers 996 Watts over the 12V rails so the target power draw should be around 796 Watts, and with 92% efficiency as claimed it should read around 865 from the wall reading. Load testing was done with Prime 95 and Furmark Burn-in Test, [email protected] and whatever else I can throw at the AMD FX-9590 CPU and multiple R9 280X graphics card.

Despite my best effort, I could only reach a wall draw of 700w, so the power consumption is estimated to be 644w, 66% load instead of 80% as intended but it’s good enough to test the PSU.

The readings were very good, not once did it drop below 12V despite the load. 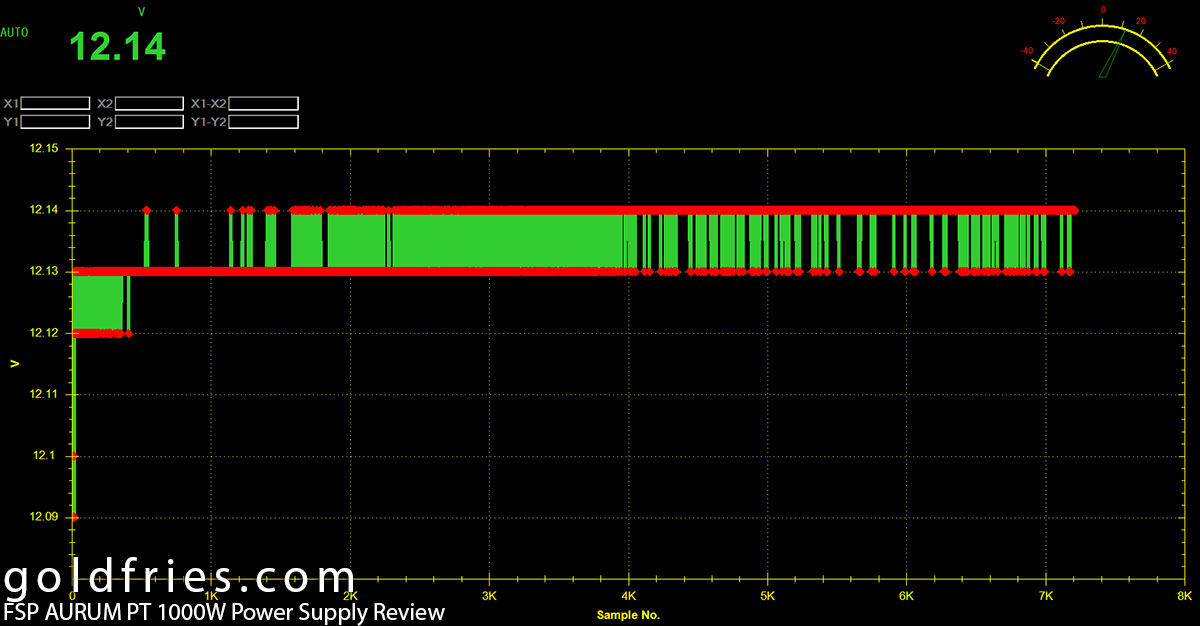 The FSP AURUM PT 1000w performed admirably – being stable, cool and quiet all the way.

The AURUM PT Series is available in 3 wattages, 850W, 1000W and 1200W. MSRP is US$219.99, US$239.99, and US$279.99, respectively. As for the warranty, FSP has put the only 7-year global warranty on the AURUM PT Series. What you get is a superb high efficiency PSU that could result in much lower electricity bill. High-efficiency aside, the PSU is also fully modular and it is loaded with FSP’s technology for cooling and circuitry protection.

Let’s also not forget the generous amount of cables provided and also an even more generous duration of global warranty that is 7 years.

Take a look at what JonnyGuru and TechPowerUp has to say. 🙂