The Corsair Vengeance series made its way to goldfries.com lab. It looks good, doesn’t it? 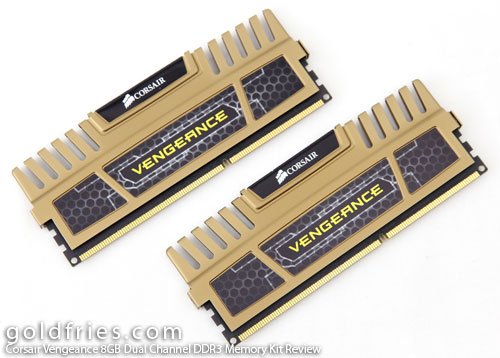 Below is the BIOS configuration, with RAM selected at 1866 which somehow the BIOS will run it at higher spec. *image taken from previous RAM review*

As with my usual tests, just a quick Memtest86 run through does the job.

The RAM works fine even beyond rated speed. 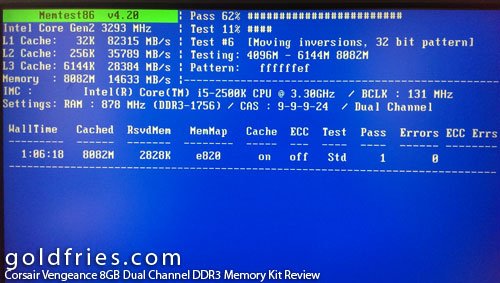 The RAM managed to almost past Memtest at DDR3-2100 speed as well, only to fail at the final parts of the test. With that, I believe DDR3-2100 speed is attainable with some tweak on the timings and voltage.

The RAM is beautiful to behold, and it comes in a variety of colors as well. No, not iPhone 5C colors but just gold, black, blue and red.