The AMD RX 470 GPU is probably their best value offering so far and in this article we have the ASUS ROG Strix RX 470 – a card with ASUS ROG and STRIX DNA. 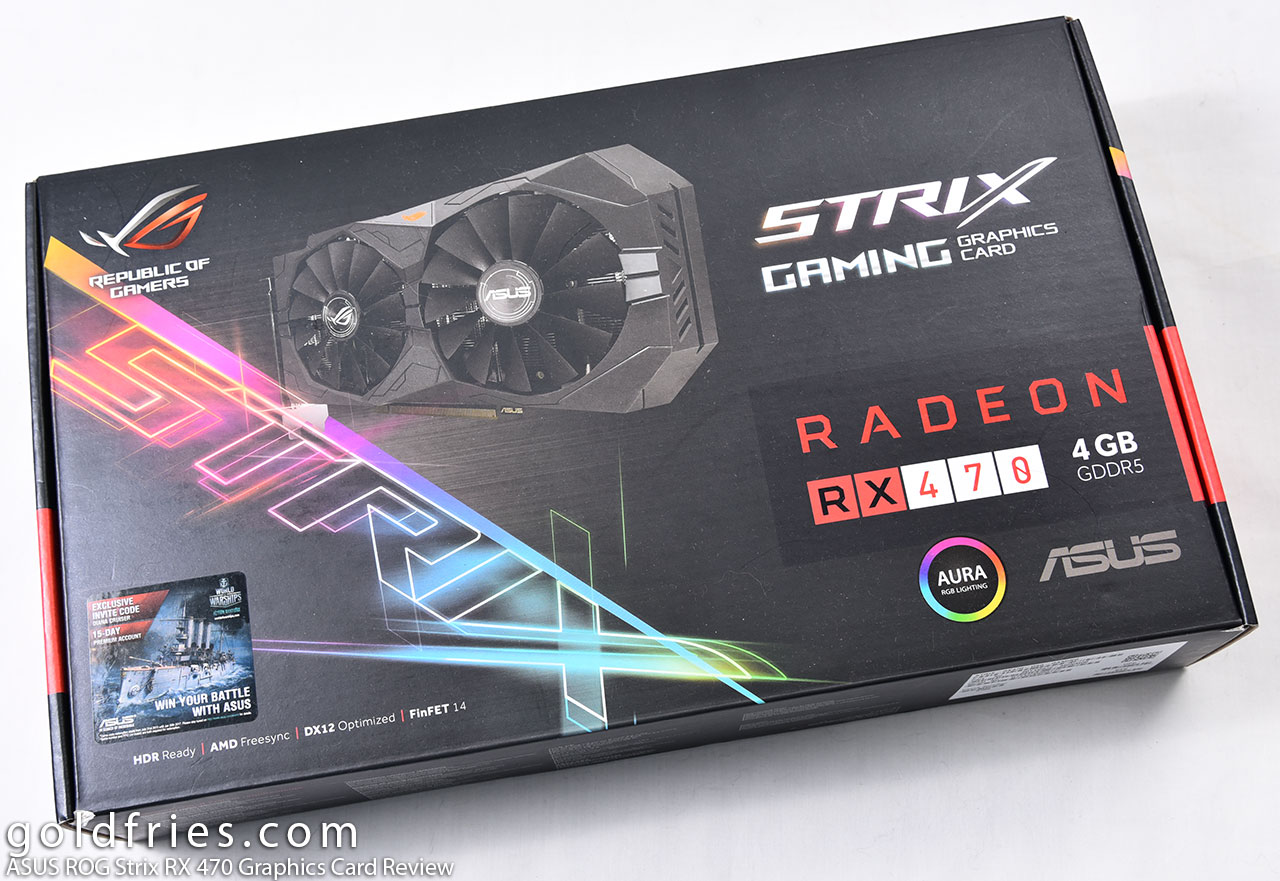 And so here we have the ASUS ROG Strix RX 470 – it comes with DirectCU II cooler with Patented Wing-Blade 0dB Fan Design delivers maximum air flow with 30% cooler and 3X quieter performance and also a 4-pin GPU-controlled header connected to system fans for optimal thermal performance. From the top side you’ll see the STRIX word as part of the cooling shroud and the ROG logo that’s RGB lit. 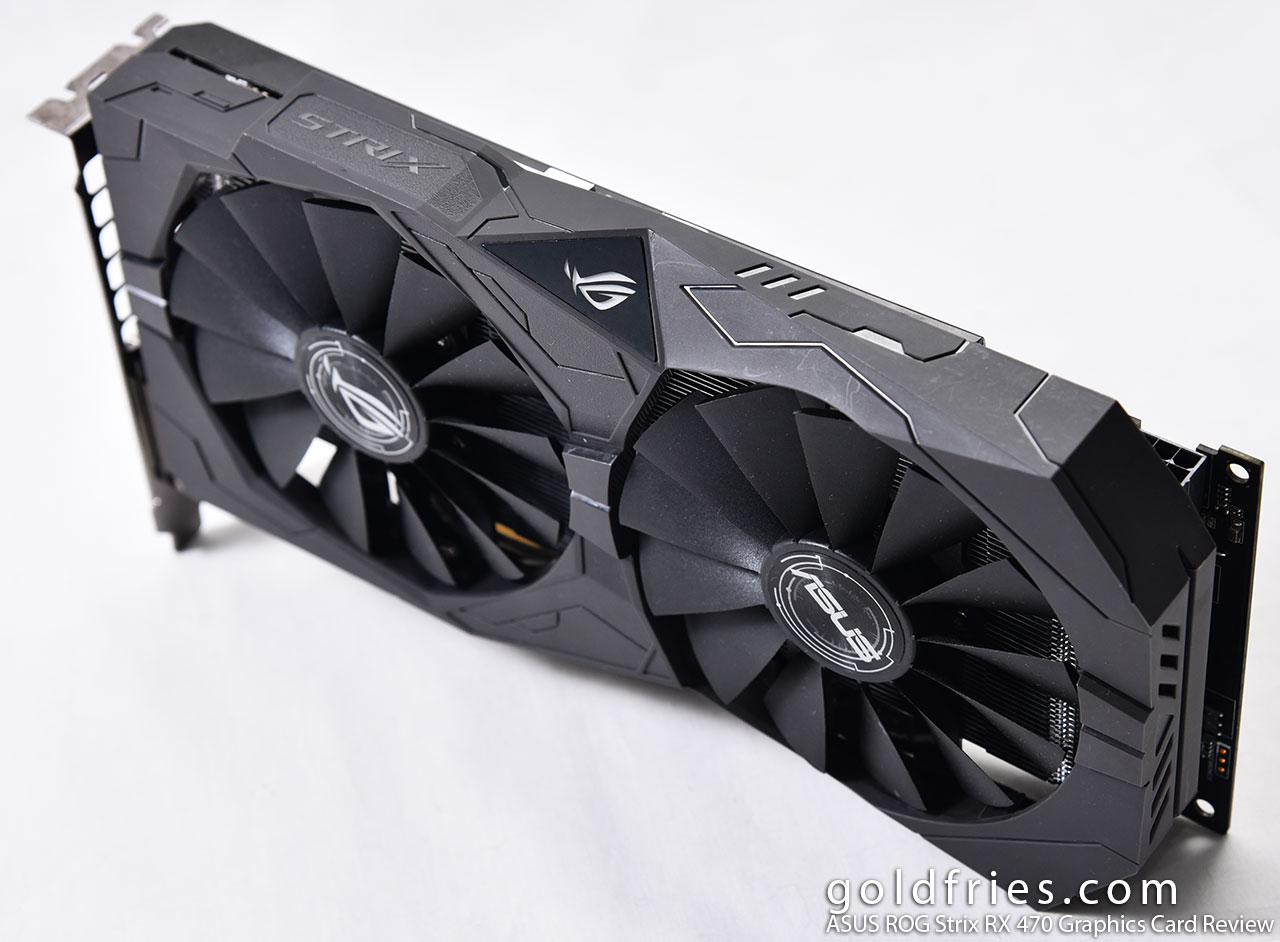 Here’s how the ASUS RGB Aura works, though I think it’s quite pointless to RGB lit once tiny logo.

Moving on, the ASUS ROG Strix RX 470 runs on a 6-pin power connection, meaning it operates under 150W. 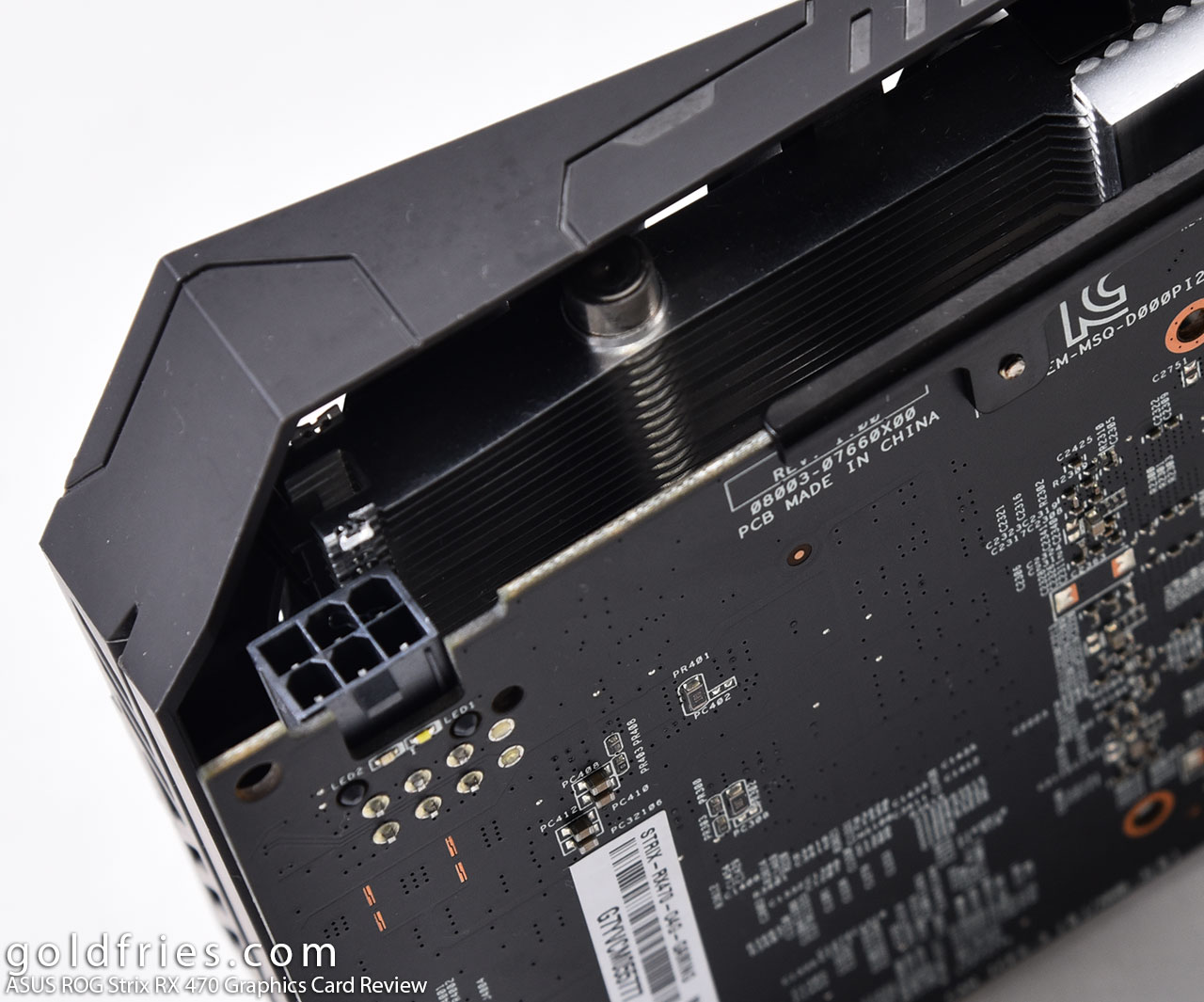 Lastly here’s the view of the I/O ports. 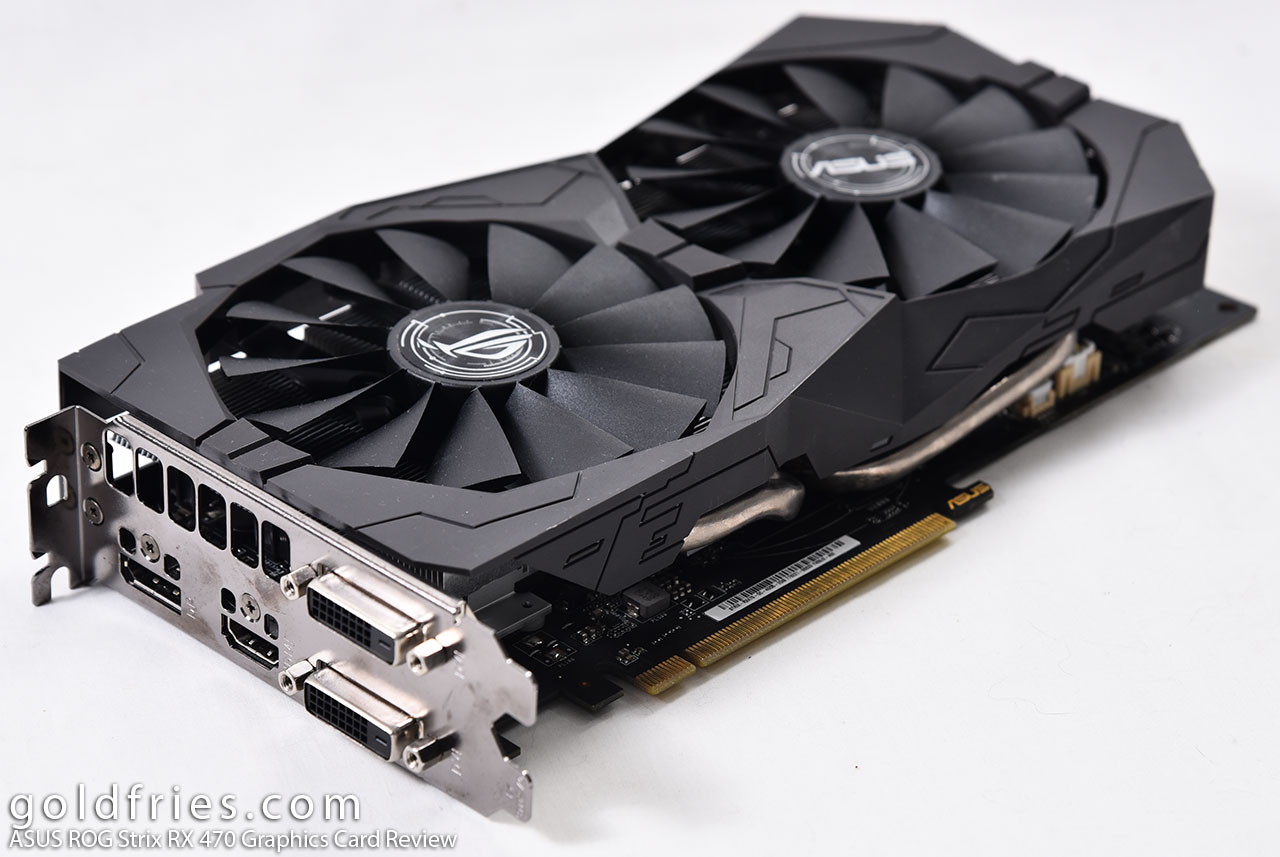 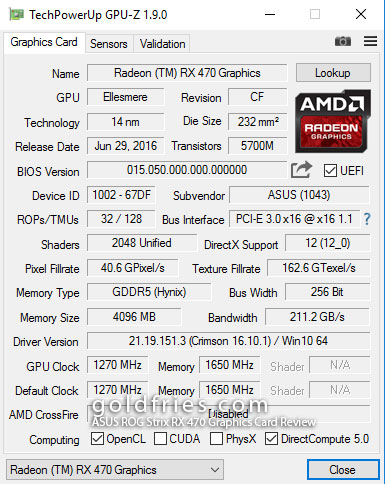 Check out the the ASUS ROG Strix RX 470’s full list of features at the official product page.

Try as I may, the AMD Wattman is limited and while there’s slight improvement on the results, I deem it not worth overclocking hence the results will be just on stock performance.

Looks pretty good here, the ASUS ROG Strix RX 470 not nearly as fast as the higher priced GTX 1060 6GB card but it does creep up quite close on DirectX 12 games such as Ashes of the Singularity and Hitman. It also has quite a huge leap in performance when compared to the GTX 1050 Ti, the only possible card to rival it would be the GTX 1060 3GB variant.

The fan runs at 100% when under load to keep it cooling at under 70c but you can adjust this over at AMD Wattman to your liking, I certainly didn’t like it at 100%.

Interesting, the card draws under a 100W power which is really good.

The ASUS ROG Strix RX 470 retails at RM 999 which I think is a good price and a direct contender against he GTX 1060 3GB model of which they exchange blows. The advantage of having an RX 470 based card is that should you decide to boost performance in the future, it’s as simple as buying a second card. Furthemore, many affordable boards in the market supports AMD’ Crossfire but not Nvidia’s SLI, and FreeSync monitors costs less than G-sync monitors.