ASUS final stamps its ROG mark on the A88X motherboard scene with the Crossblade Ranger – some ROG love for AMD’s APU! 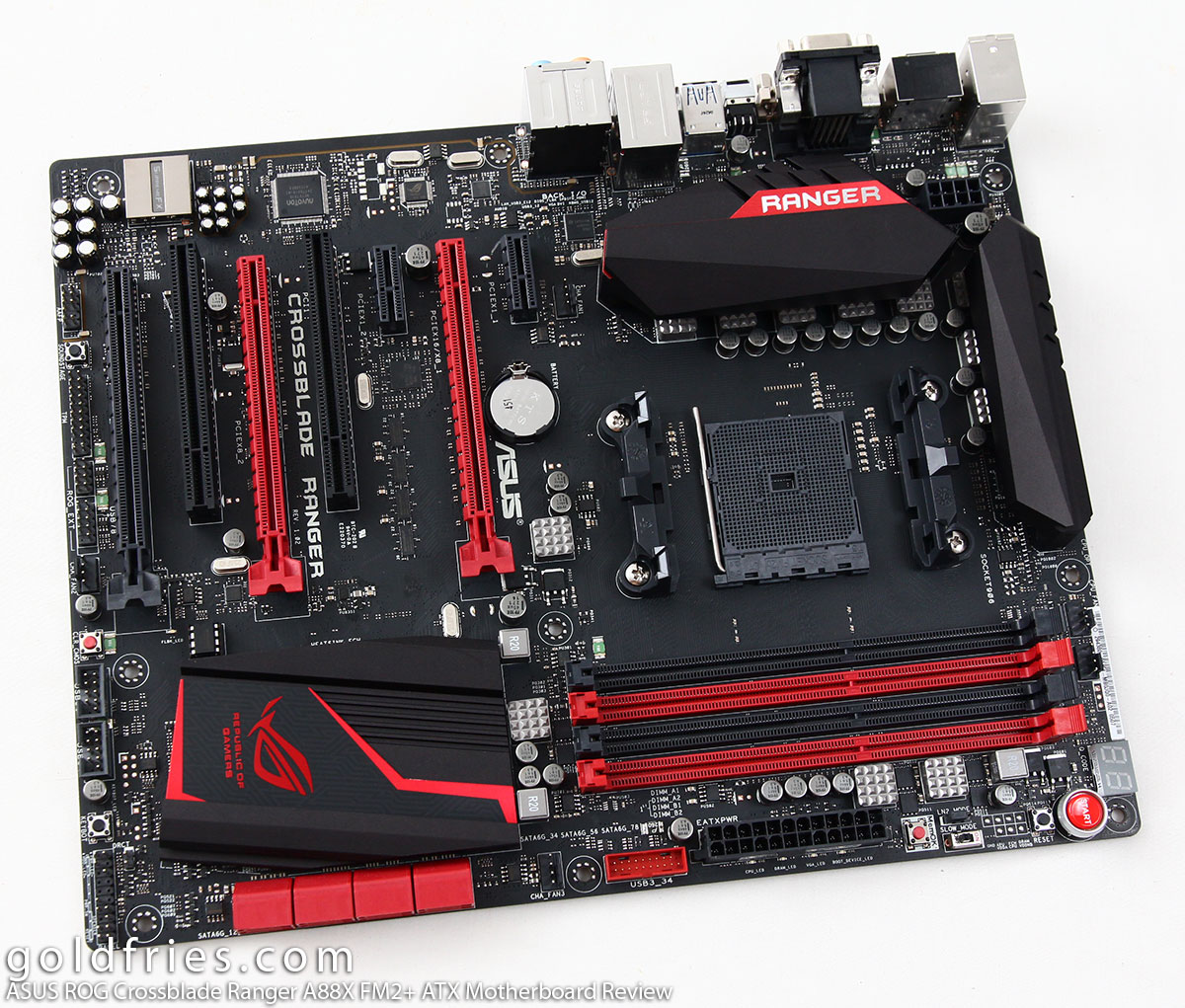 The board is almost an exact replica of the ROG Maximus VII Ranger Z97 board for Intel processor. APU socket aside, everything is almost identical.

Starting off with the upper corner near the I/O ports, the signature ASUS ROG heatsink and the CPU12V socket placed with comfortable space around it. Underneath it lies the Extreme Engine Digi+ III with the 10K Black Metallic Caps, NexFET MOSFETs and new allow chokes. 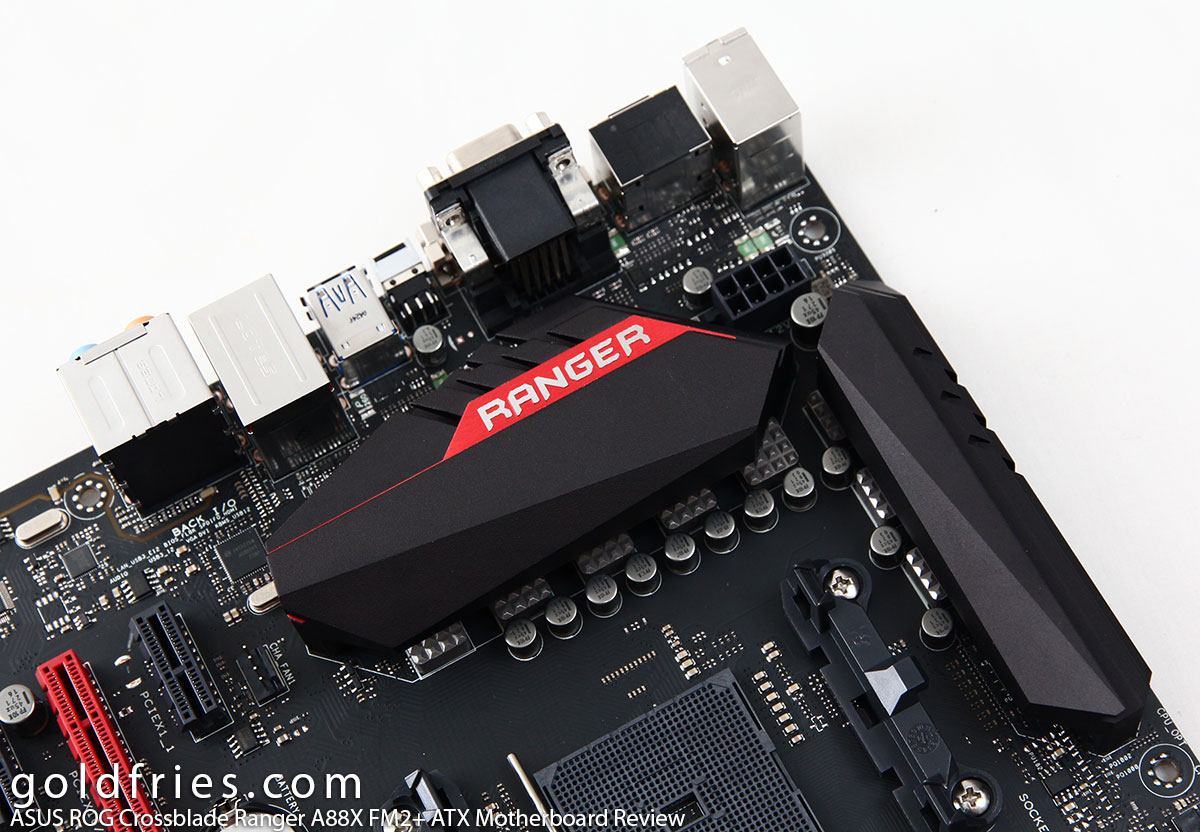 The board supports up to 4 sticks of DDR3 2666 RAM and what’s nice about this board is that it has a START / RESET button right at the corner, along with the debug LED called Q-Code (a fancy name for it…….)

It also has LN2 Mode / Slow Mode for overclocker to push the limit. 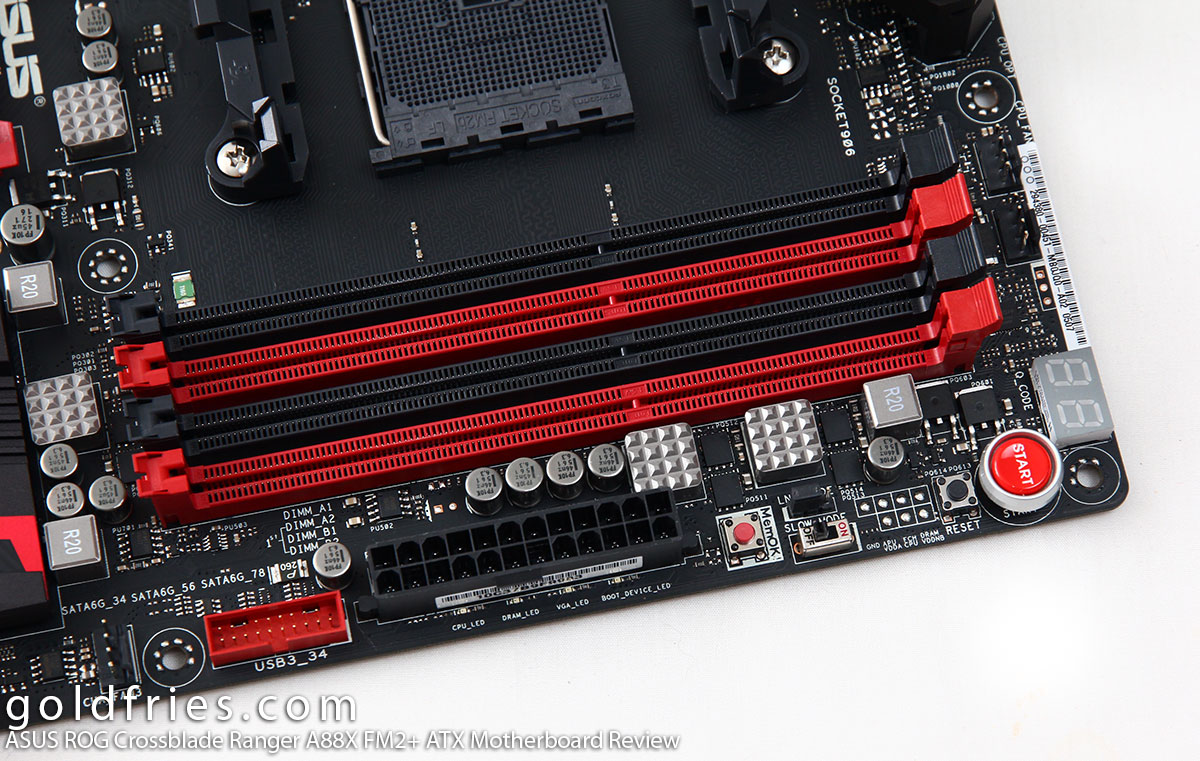 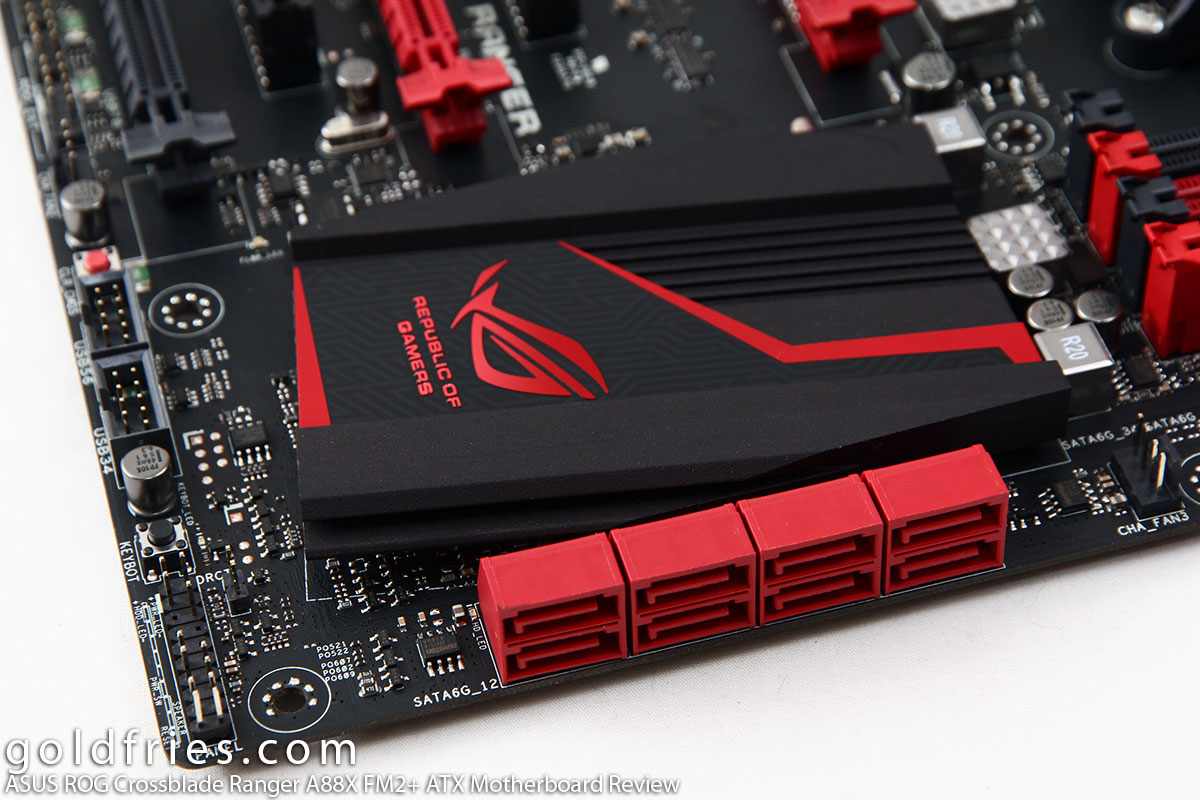 The Crossblade Ranger also comes with the red LED strip that’s part of ROG’s design like the one seen on the ROG Maximus VII Ranger Z97. And like the other Ranger board, it also has the SupremeFX audio with SoundStage. 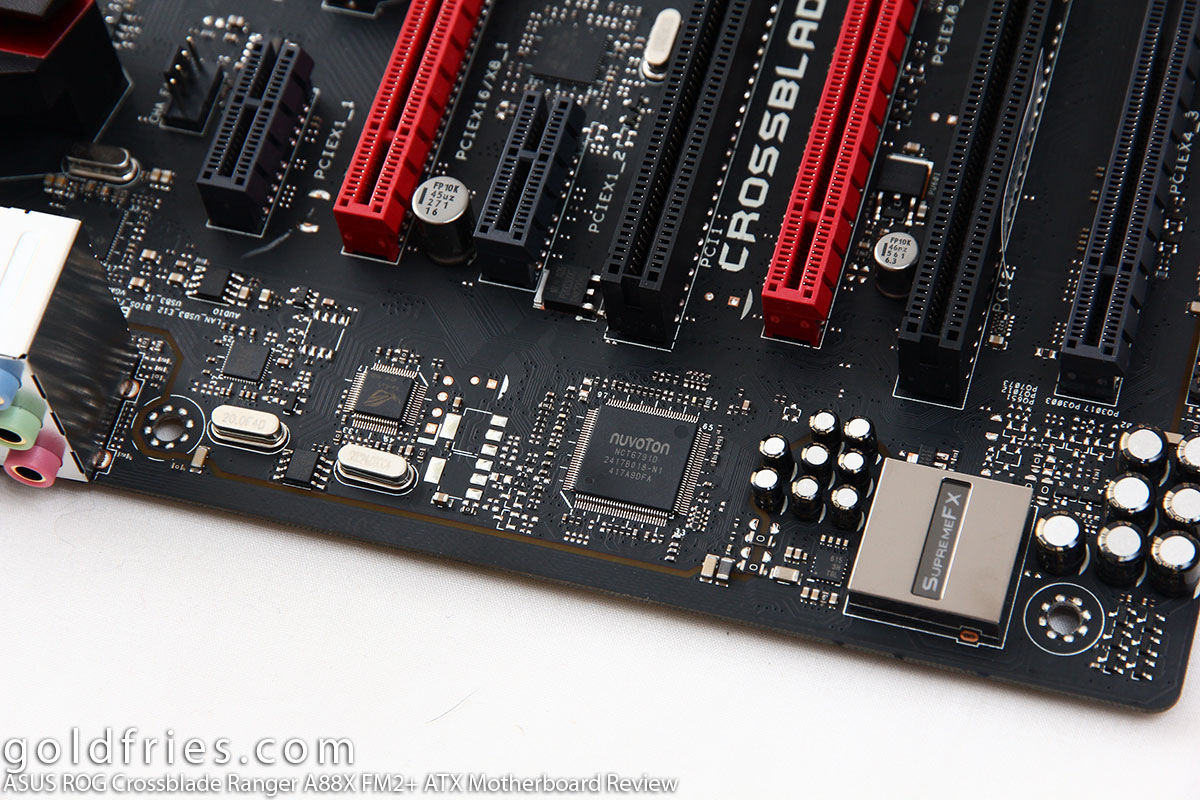 Lastly there’s a good range of I/O ports, that’s expected when it comes to board as such. 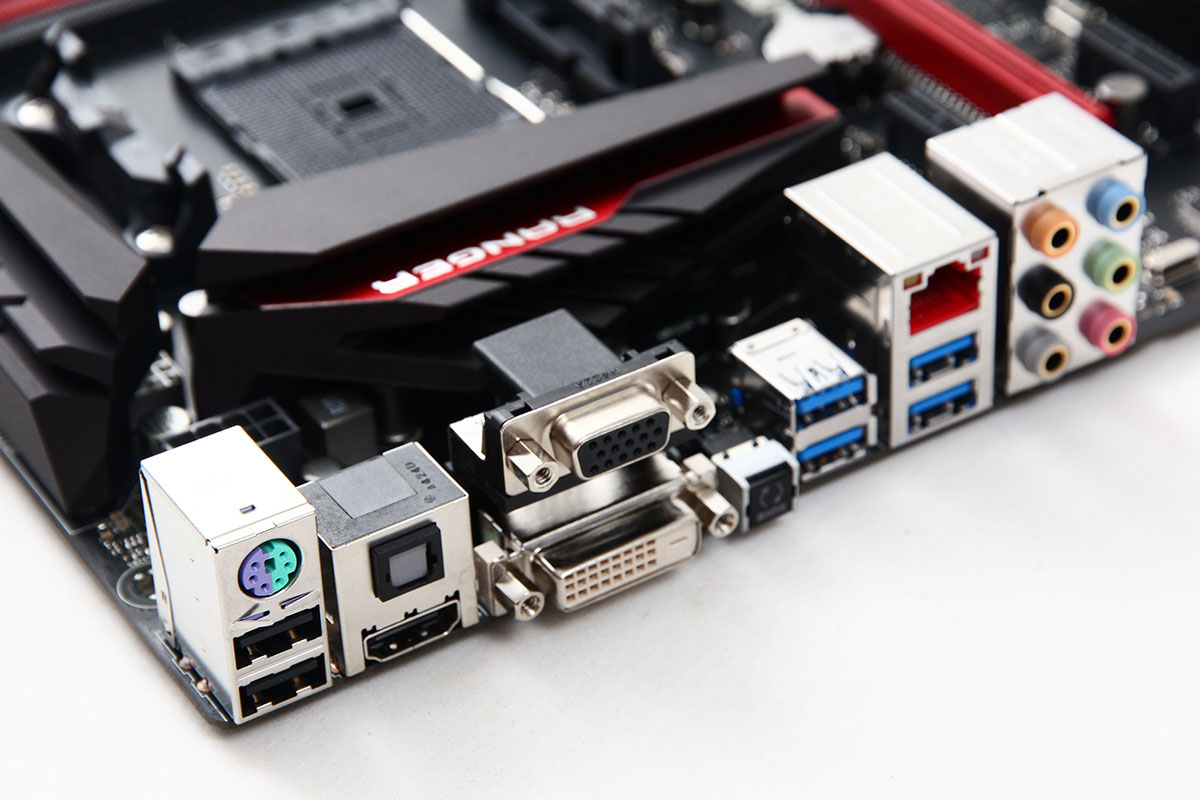 The board seems feature rich, carrying the elements of ROG boards to the AMD platform.

I tried overclocking my AMD A10-7850K APU to 4.4Ghz and beyond but luck wasn’t on my side. In fact what I found strange about this ROG board is that I needed to pump Vcore for my APU overclock, this wasn’t the case when I overclocked on the ASUS A88X Pro.

The ASUS ROG Crossblade Ranger A88X retails at a whopping RM 649, it’s a good board with great features like KeyBot, SupremeFX audio system with Soundstage, LAN protection and the OCing features. Let’s not forget the beautiful ROG looks as well!

To top it off, the package comes with an ROG mousepad for you to show-off!

This is definitely a great board for this price but if you’re looking for something cheaper and could live without the fancy features, there’s always the ASUS A88X Pro.