This is the 3G capable version of the Asus Eee Pad Transformer. No, it’s not the Tegra 3 version. It’s the exact same thing as the one based on nVidia Tegra 2. 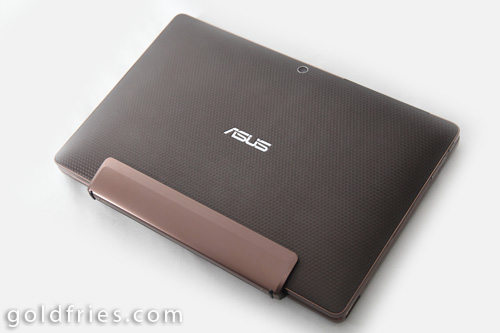 The 3G capability. Refer to the photo below, there’s the SIM card holder slot at the left side of the tablet, near the volume buttons. 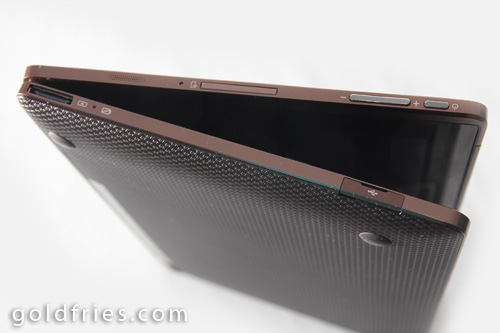 All else remains the same with the original Eee Pad Transformer. 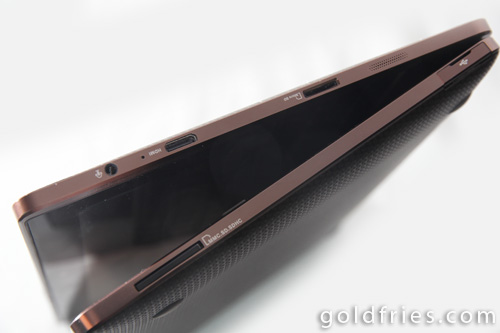 Yes, even the keyboard as well. Unlike using the SIM card on my 3G capable phones where connectivity is as easy as entering the PIN, the TF101G requires a more elaborate setup, such as configuring the APN (many thanks to the info found on Google). I believe it’s the Android 3.2 issue rather than the device itself, I’m just highlighting the matter. I have no other Android tablet with 3G capability to compare with.

Configuration aside, the 3G capability is most certainly a welcome feature for a device as such. I must say I’m pretty much pampered by it.

Better than the iPad?

Without a doubt, every other tablet is now seen as a competitor to the iPad. Not surprising though, considering the iPad itself is a great device.

The Eee Pad Transformer alone holds more features than the iPad itself, on the tablet itself there are features such as the HDMI output and MicroSD slot. This new version comes with 3G data connectivity, however it’s a little late in the introduction as iPad has 3G data connectivity since the first generation, furthermore the new version of the Transformer is just around the horizon.

The other advantage of the Transformer over the iPad, is the keyboard dock. It’s not just an add on keyboard, you get a touch pad (albeit, a hyper sensitive one that I have if on DISABLED all the time), an SD card slot and 2x USB ports.

Let not forget that the keyboard dock comes with a battery inside, so it’s essentially a device with dual batteries. 🙂 I didn’t realize how useful it was until the other day when my tablet portion’s battery was low and I didn’t have the dock, my friend offered his dock for me so I can use my tablet, how cool is that? The down side is that there’s no default application to view your battery status but I came to know about an app in the Android market that shows you the charge of both batteries that are on the tablet and the dock.

The Android OS alone is also helpful when it comes to showing Flash contents. Unlike the iPad, at least I get to view the graphs on Google Analytics. 🙂 The Transformer isn’t fast enough to play games like The Sims Social on Facebook but it’s good enough to accept in game requests.

And what I like most about the Eee Pad is the scratch resistant glass and also a finish that less worrisome compared to the silver finish on the iPad. I have “fear of scratch” when carrying the tablet along without any form of cover. 🙂 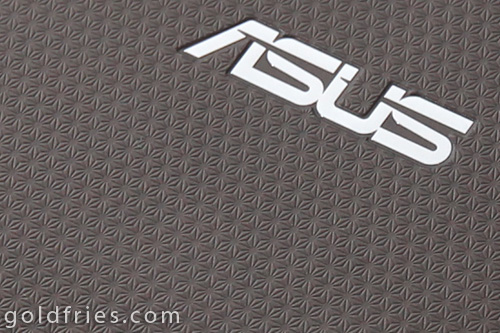 More details of the device at the Official Product Page

The device is expected to be available in November, retailing at RM 2,099.