The first Ultrabook in the market and it’s from Acer. I’m sure many of you have read the launch a few weeks back

Last I checked, Acer’s sites are hopeless when it comes to providing complete details on the specs, fortunately the Press Release provided during the launch was detailed enough.

The following is the unit I tested.

The notebook, or should I say ULTRABOOK, is as what you see – SLIM and LIGHT. Colors of the display are crips and vibrant, here’s the thickness compared to the 1st generation iPad. 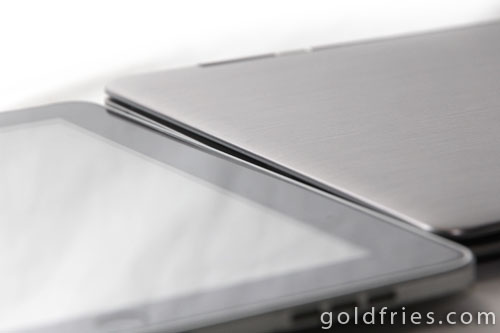 Boot time and wake-up time is as seen on the video below.

Keyboards are well placed but lack the quality of the ones found on their older notebooks like the Acer Aspire Timeline 3810T. 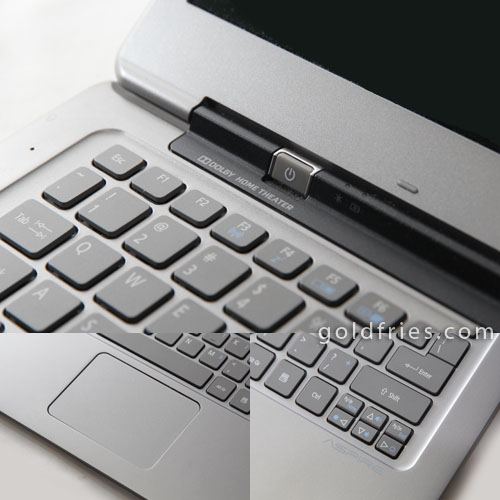 Tactile respond was so-so and it feels a little loose. Not impressive but comfortable to touch. The touchpad wasn’t well-done in my book, the whole piece covers both touch area and buttons. The buttons aren’t easy to press either, considering it’s 1 piece so you’ll have to touch the far corners to get the best response. I still prefer the good’ol 3 piece setup where the button gets their own piece.

What I really dislike about this notebook is that the USB and HDMI output port being right at the back. 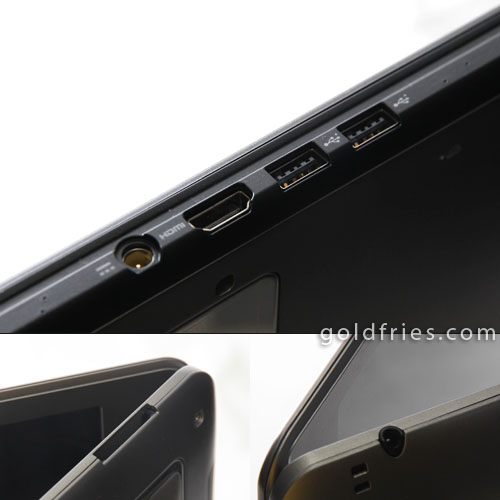 Lacking of LAN port is not a problem to me, after all we’re at the Wi-Fi age. The Ultrabook connects to Wi-Fi very quickly as well. Those who are using computers to provide support and require LAN (RJ-45) connectivity, this is not the notebook.

The lack of VGA output poses a problem for presentation as well, especially most companies still have old projectors that only cater to VGA input. It’s going to take quite a while before projectors that accept HDMI populate the market, there’s no reason for companies to spend on new projectors when their old one works fine. If you do presentation often, you’ll be spending on a HDMI to VGA converter. 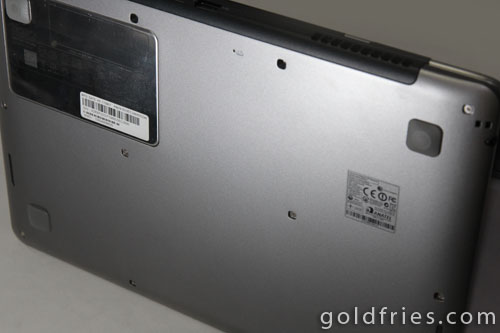 I think there’s not much to talk about the processing power, i5 is fine for practically anything (The Sims Social on Facebook ran fine on this unit) while 4GB RAM and 320GB is ample space for work and play. The specs says Optimized DolbyÂ® Home TheaterÂ® v4 audio enhancement but I find no different from any other notebook out there.

The 3-Cell battery isn’t great if your tasks are processor intensive. For example, I tested it by playing The Sims Social (ok well this is not WORK) on full brightness and the battery % drops at 1% per minute. That’s about 100 minutes there, the usage time could be extended if the brightness was reduced. Do bear in mind that The Sim Social on Facebook is processor intensive with processor load at around 30% when the game is running with occasional spikes up to 51%, so for general web browsing and office productivity, it averages to less than 5% processor load and definitely would give you at least 2 hours of usage time.

Wireless connectivity is fast as claimed, it takes around 3 seconds to hop on to the network, regardless whether its switching between networks or connecting after waking from sleep-mode.

Like what I mentioned in the article about the launch – I’m sure many of you will compare it to Macbook Air. 😉 I still maintain my opinion that it’s quite a bargain at RM 2,599 – especially if you’re a Windows user who would like to have ample processing power, battery life and without carrying something so big and bulky. Same can’t be said for the higher spec version. 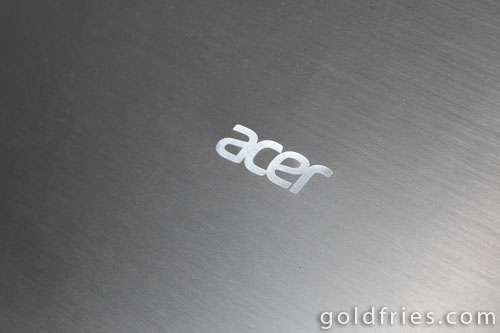 Compared to the Macbook Air? At about RM 500 extra, you can get a Macbook Air (MBA) with the superb Mac OS….. I see, but here are the other factors to consider. Firstly the MBA is only 11.6 in screen size, 64GB disk space (SSD) and 2GB RAM. The 13″ version is closer to the Aspire S3, it has a slightly faster processor and 4GB RAM as well but limited to 128GB storage space……. at a whopping RM 3,999. You could get the i7 version of the Aspire S3 with 240GB storage space (SSD).

The Acer Aspire S3 is a good Ultrabook but being the first in the market, it means there will be competitors coming in soon and a little wait could give you more options.