Priced between the Athlon II X2 250 and the Core i3-530 – is this processor better than either of them? Is it work considering? 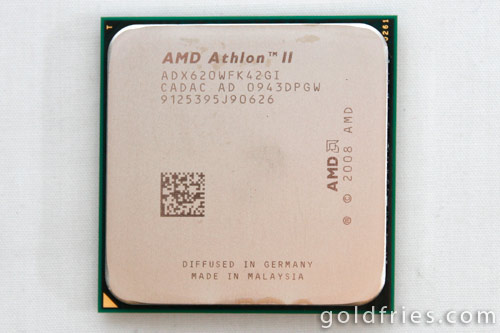 Here’s the stock heatsink. The heatsink itself is a taller than the one for the X2 250. 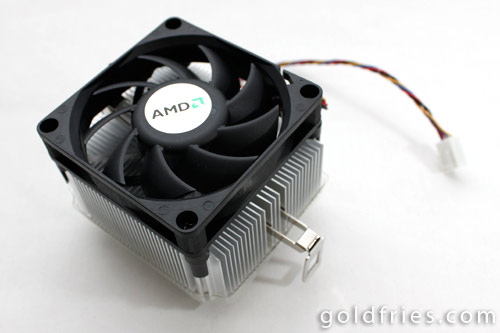 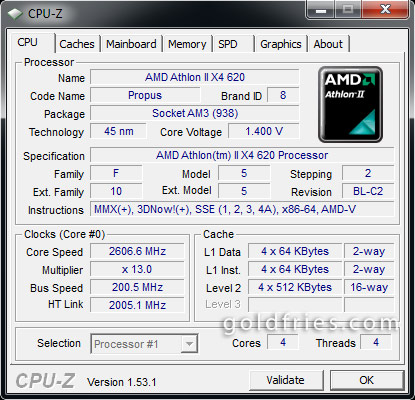 Here’s the CPU-Z capture of the processor on overclock, I did a quick 20% overclock and it seemed to work fine, I know it shows lower voltage on the screenshot but on the BIOS side I just added 0.01 to it. 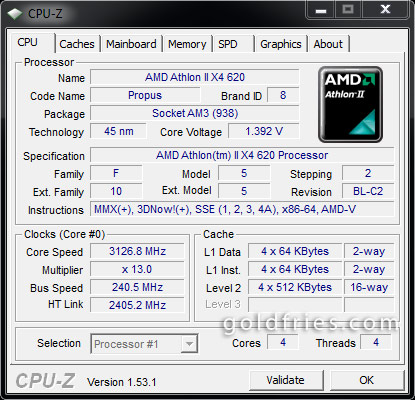 The Athlon II X4 620 is benched in both stock and overclocked state, it will be compared to the Athlon II X2 250 and the Intel Core i3-530

Super PI is a single-core benchmark. The 2.6ghz alone is running behind the X2 250’s 3ghz single core speed. Both of them of course, being behind the i3-530.

The X4 620 shines here as it is the only TRUE quad-core in among the pack.

While a lot faster than the X2, it is still behind the i3-530 but the gap is much reduced after having 20% overclock.

The i3-530 is a speed demon but being just a dual-core with Hyper-Threading (2 cores, 2 threads per core), the performance is less impressive compared to true quad cores (4 cores, 1 thread per core)

Temperature looks good for a quad core. I had quite a few quad cores with me and they all seem very hot. The X4 620 runs pretty cool in my book, despite having being a 95w TDP processor.

Despite the comparison above, it is in no way saying any of those processors are bad – they all have their strengths and weaknesses. The X4 620 shines most when the application utilizes quad-core processing power.