AeroCool announced the GT-RS just about a month ago and the product drew quite some interest, especially with the dual-chamber design that’s similar to some products of another brand. The BK doesn’t mean Burger King, I reckon it meant BLACK edition. 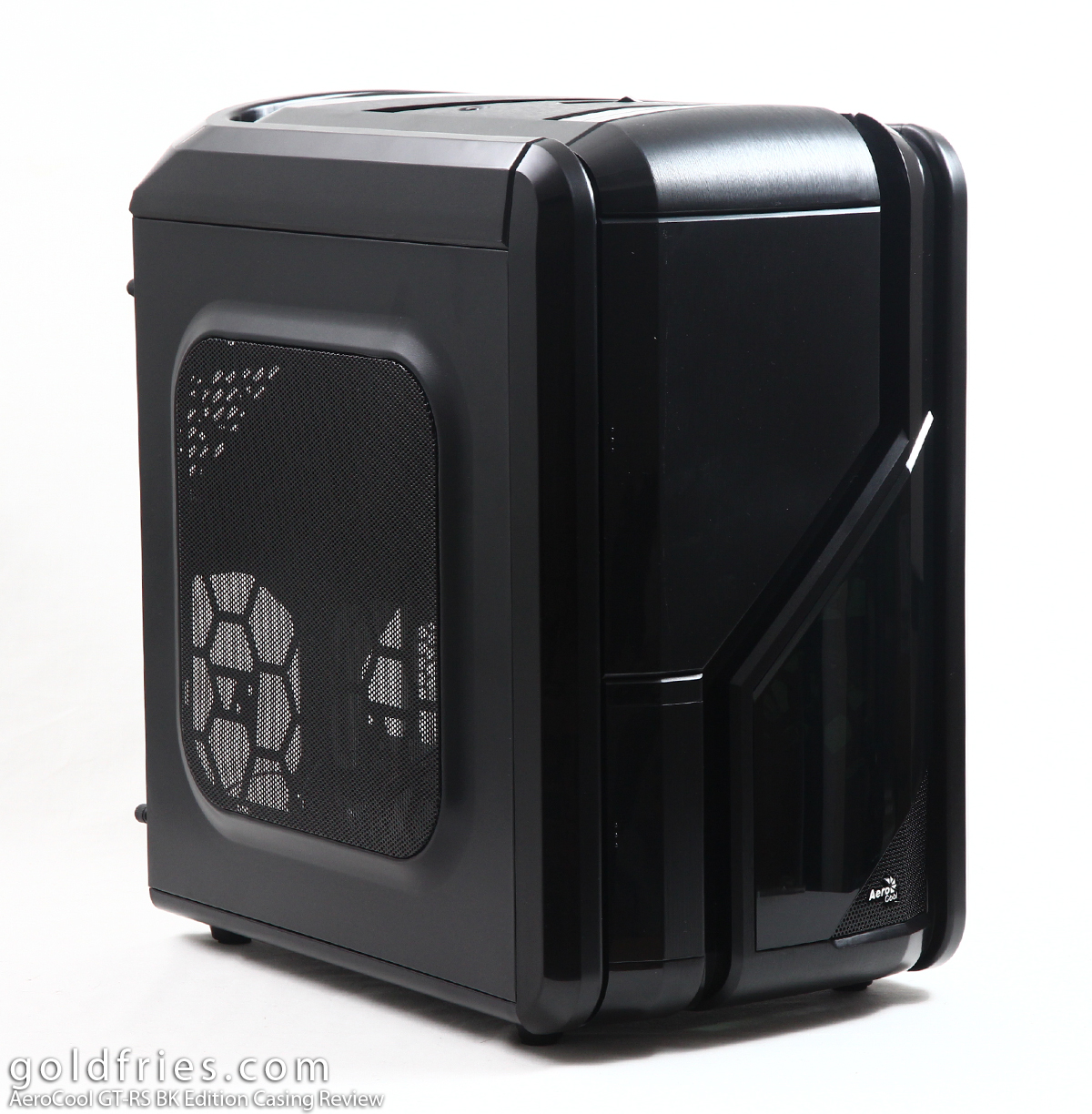 Starting from the top, the casing’s design incorporates a lot of lines and curves, go ahead and guess which one are the buttons. The one at the center is the fan speed control slider. Underneath the top panel is a 120mm fan mount, it’s just unfortunate that the top panel requires one to remove the screws before being able to detach. 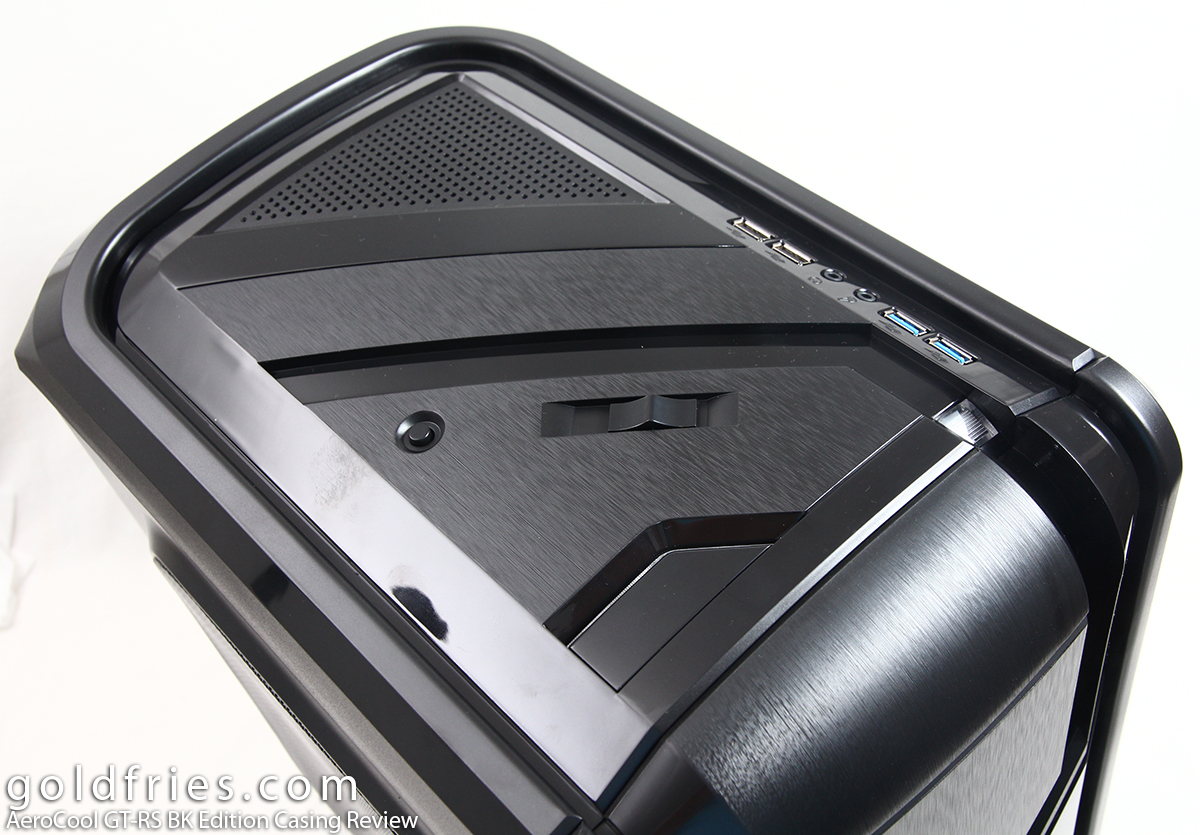 The front comes with 2 hinged covers for ODD and FDD, not that anyone actually uses those devices anyway but it’s a good thing that the doors match the design cue. On the left side is the cover with metal mesh grille. What? Not a side window? Of course not, the GT-RS was designed in such that the board and other components are installed on the other side. 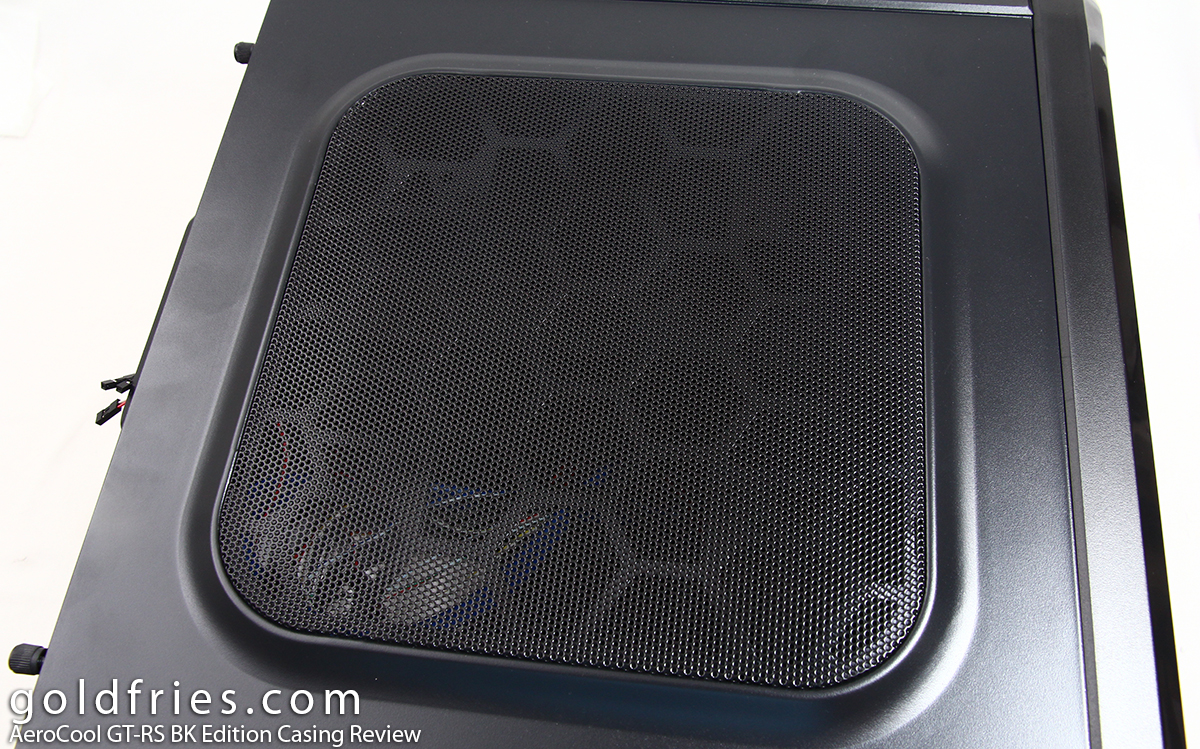 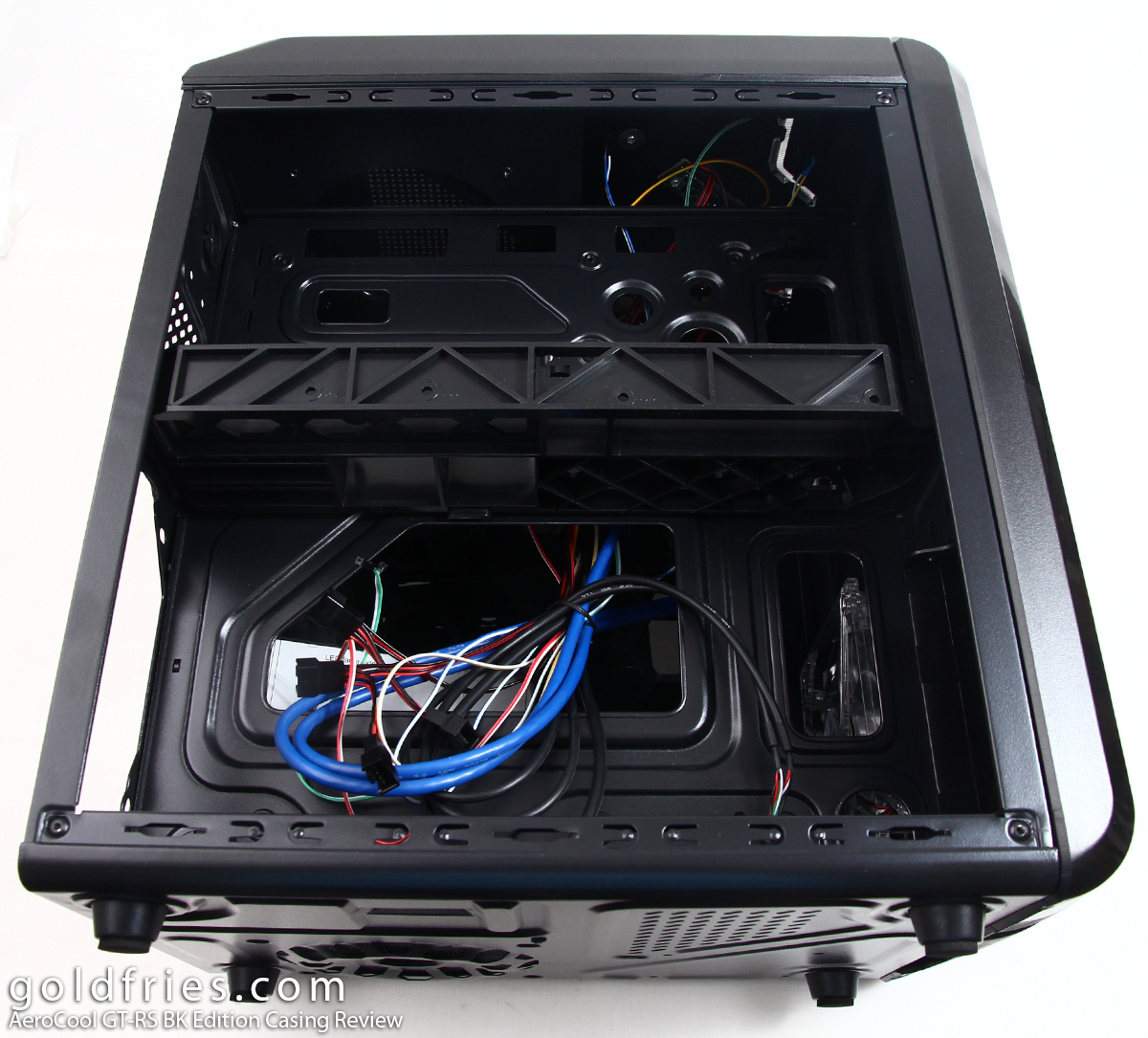 Here’s an alternative view of the first chamber. A view from the rear, I need not elaborate. 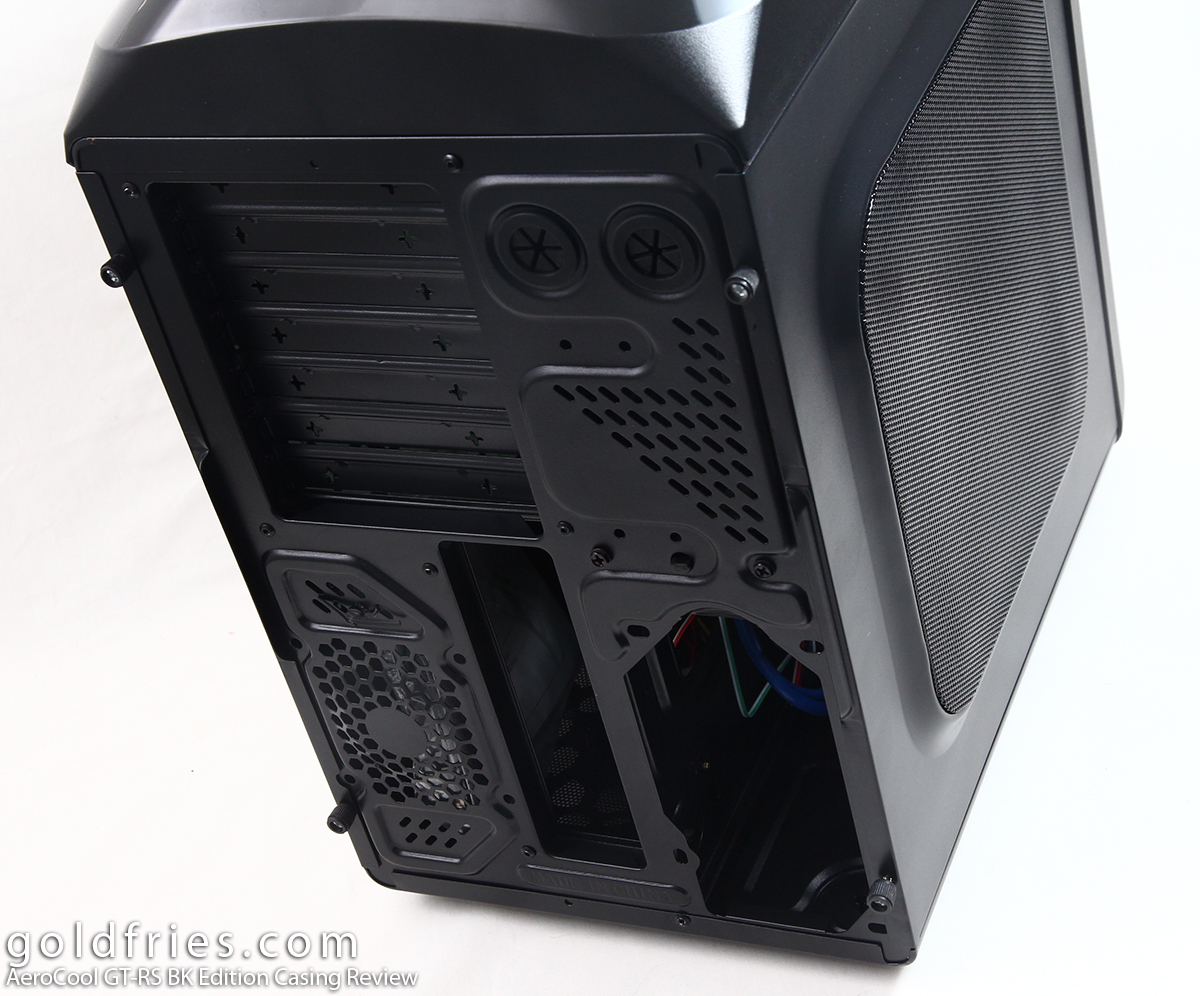 A view from the bottom.