Choice of Processor and How It affects Your Electricity Bills

With the rising cost of living and the ever rising power rates, users are now more concerned of the power consumption of their computers. 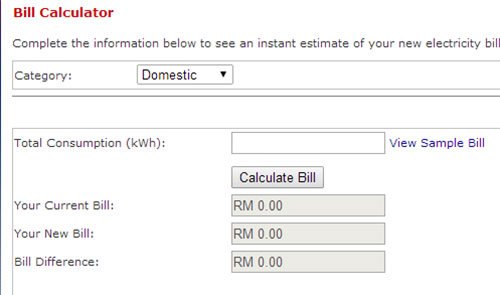 Being Power Efficient is also the current selling point of both Intel and AMD, the key players in the processor market.

So how does it affect your electricity bill?

In Malaysia, the tariffs are not calculated based on a flat rate per KwH but the tariff rises as one crosses certain threshold, making it more costly as one’s household consumes more power.

In this article I will be using the TNB Bill Calculator as reference.

The processors in this project were paired with their respective boards with a single stick of RAM and a cooler, not more than 1 fan on the system. I won’t be listing the details but rest assured the variances make very little difference.

The AMD FX processors do not come with integrated GPU thus a graphic card was required. It used the low-power consumption AMD Radeon HD 6670, this increased the system’s power consumption by a little bit. The readings below were based on the entire system, taken from the wall socket via a watt meter.

Does It Make A Huge Difference

On a more realistic approach, people usually don’t leave their computers on 24/7 unless they’re doing massive downloading or just having computers on for convenience. My computers are on 24/7 though. 😀 The average person would only power on the computer when need to, browse a bit of the Internet, play some games and watch some shows. The actual cost doesn’t add up that much at all.

Now what if we take the middle point between the highest and lowest, and calculate it based on an average usage of 2 hours per day.

That’s quite a difference right? Let’s convert the figure above from 24-hours usage to 2-hour usage.

So does the AMD FX-9590 actually cost a lot more to run compared to the Core i3-4130? It doesn’t seem so, the difference is very minimal.

The “middle point” figure was used to make it easier to calculate but it’s still far higher than what the average computer consumes. Don’t believe me? Just run the Task Manager and see for yourself that the CPU usage rarely goes above 20% and it doesn’t even come close to 100% when it comes to gaming. 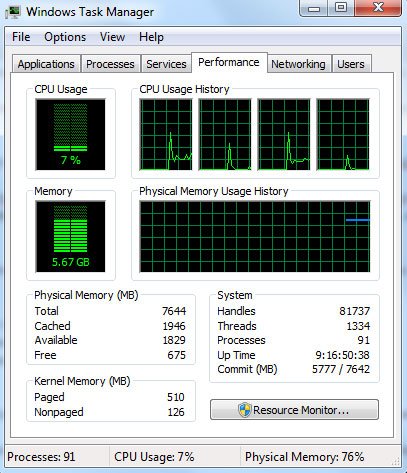 Other Factors To Consider

Power consumption aside, the processors are not equal. Below are details of how these processors perform in converting a 30-second 720p MKV video from 10bit to 8bit.

Looking at the results, it’s a matter of which one you prefer. An Intel Core i3 would be the most efficient among them but the power hogging FX-9590 is the fastest. The AMD A10-7850K falls far behind the similarly Intel Core i5-4670K and AMD FX-8350 but the processor comes with the fastest Integrated GPU in the market and it is loaded with a host of technologies like HSA, TrueAudio, GCN architecture and more.

So are “power efficiency” and “cost saving” the only factors to be considered when it comes to your choice of processor?

If you’re into video production, dealing with higher resolution and longer duration content would definitely lead to a much wider gap in the work duration. That’s when you realize that cost isn’t everything, getting work done fast means you get to do more.

From my simplistic calculation, I think people are just too concerned about power consumption without doing actual calculations. 🙂

Now I’ll end this article here but do suggest if you find any flaws in it. I’ll try to add additional points to make this article more informative.

NOTE : The tariff numbers are based on the bill, your actual bill will vary as the household bill is inclusive of other devices and appliances that consumes power and the rate changes as usage increase.