Xperia Z Ultra, Sony’s latest high-end Android-based handset is now available for purchase in Malaysia. It comes in two color flavors, namely Black and White (it will also be released in Purple at a later date). 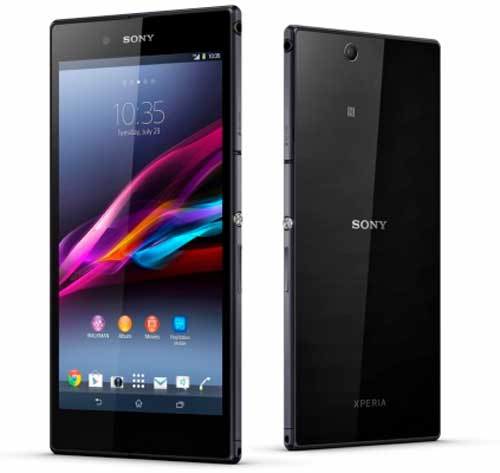 The phone features a large 6.4-inch touchscreen display, a quad-core Snapdragon 800 processor, 2GB of RAM, 16GB of internal memory, an 8-megapixel camera on the back, and front camera for video calling.

It is available at select Sony Stores for RM 2,299, this large-screen Xperia is the first smartphone in Malaysia to feature the latest Qualcomm Snapdragon 800 2.2GHz quad-core processor

The Full HD Triluminos display utilizes the same technology as seen in their Bravia range of TV. The unit’s storage is user-expandable up to 64GB microSD cards and is also rated IP58 for water and dust resistance

Despite being the slimmest Full HD device at 6.5mm and also priced like a high-end model smartphone, the unit does not come with a flash (no flash photography for you, no LED lights for you either)

LTE? No, it doesn’t come with LTE support.