Sigma Corporation of America announced the new Sigma dp0 Quattro, the fourth compact camera in the series that was announced last year. 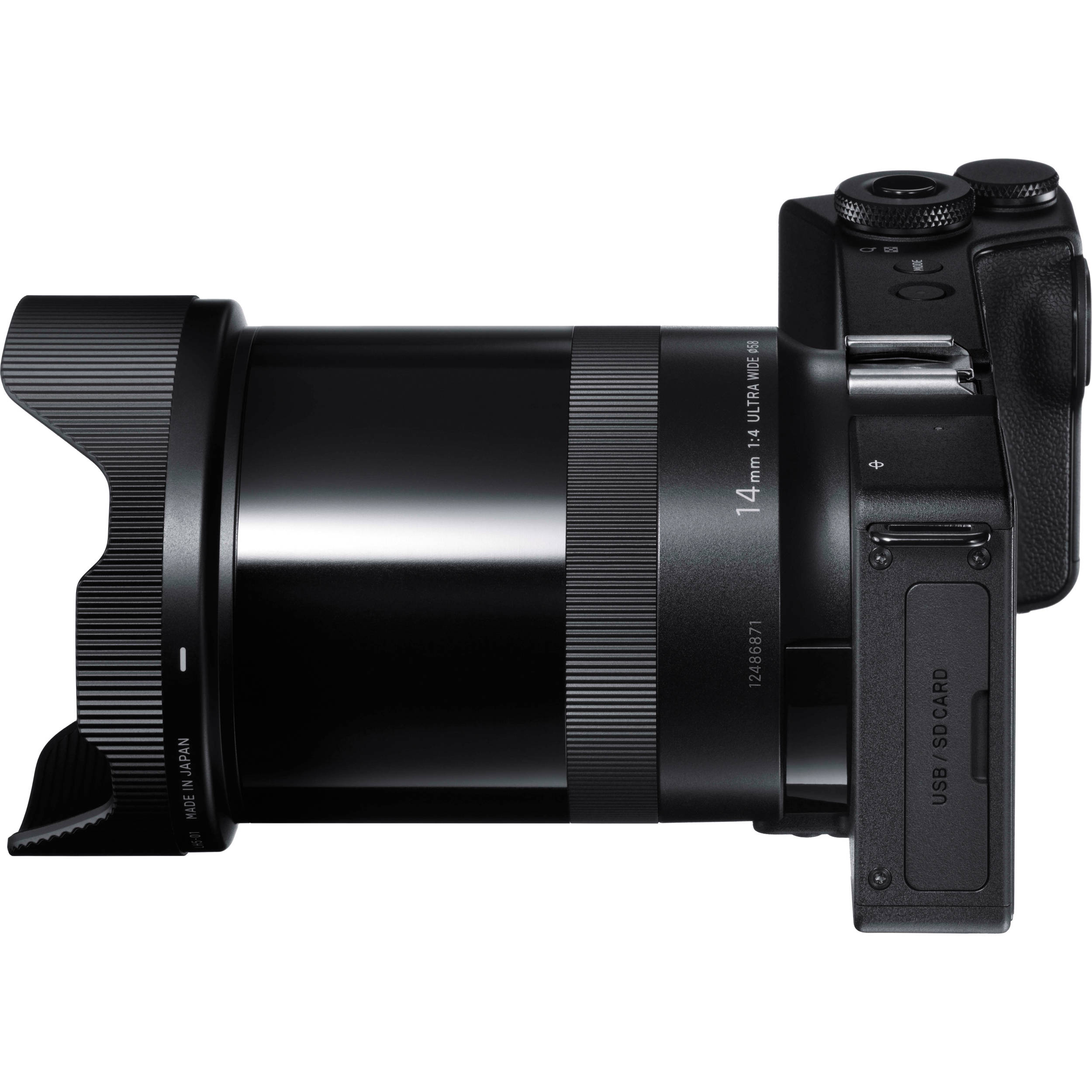 The dp0 Quattro incorporates a fixed, high performance 14mm F4 lens, which is equivalent to a 21mm lens on a 35mm DSLR and is optimized to maximize the performance of the seriesâ€™ Foveon â€œQuattroâ€ Direct Image sensor.

As with all the cameras in the Quattro series, the dp0 Quattro features the distinctive styling of the line. The Quattro sensor is the equivalent of a 39 MP conventional Bayer sensor in resolution testing. The next generation sensor builds on the distinctive properties of the X3 technology, which uniquely records red, green and blue wavelengths at each pixel location within three layers.

The Quattro sensor is a three-layered, panchromatic silicon chip whose green-sensitive middle and red-sensitive bottom layers each have 4.9 MP and record only color/chrominance information. The top blue layer captures chrominance and resolution/luminance information with 19.6 MP, resulting in greater detail capture and resolution capabilities that are higher than the Merrill DP camera line. The Quattro sensorâ€™s architecture also contributes to true color rendition, more detail capture, and faster image processing, all of which delivers even more realistic images.

– Optional dedicated Optical Viewfinder VF-51 that offers accurate framing and makes composition easier as it is unaffected by external light conditions
– The TRUE III Image processor, providing ultrafast processing of an immense volume of image data without any deterioration of the final image
– Better high ISO performance with one to two stops of improvement
– Improved 3A performance: Auto Color Mode, Auto Focus and Auto White Balance