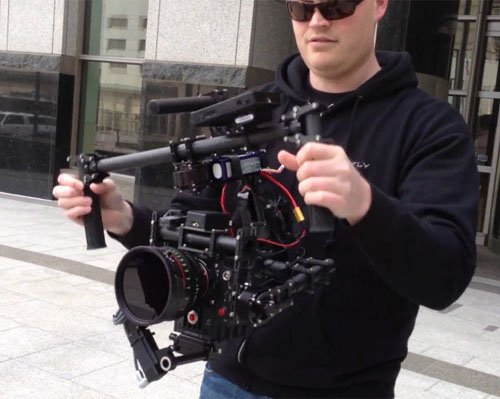 Just saw this awesome rig at Vincent LaForet‘s website and wow, I’m blown away by the stabilization capability of this device.

Here’s how the stabilizer works.

MÅVI in Action (Quick Video) from Vincent Laforet on Vimeo.

Here’s a video what they used the rig to shoot.

MÅVI from Vincent Laforet on Vimeo.

And some behind the scenes action.

The MÅVI M10 will sell for approx $15K while a smaller version, the M5 that will be on sale at under $7,500. The M10 is already under production (according to the source) but the M5 would be in production only much later.

There’s also an alternative product (not from them) called the Zenmuse Z15 that sells for about $3,000.

Well, I’m a huge fan of stabilizers but I couldn’t even get my Steadicam Merlin to 100% stabilization. Sold it just a few days ago, probably would consider getting a Glidecam in the future if I ever need one.