I’ve been a SpiderPro Single Camera System user for about half a year now and I love it to bits, but SpiderPro might not be everyone’s cup of tea.

Guess what – Spider also has the Black Widow – a more cost-effective product that works almost the same, catering the hobbyists and anyone else who does not need the weight-holding capacity of the spider. 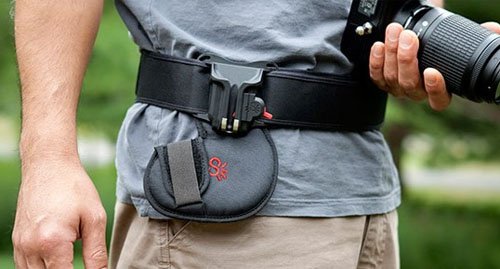 This review was made possible by Spider Camera Holster | Asia

Here’s my video of the Black Widow Holster Kit. In the demo, I mounted the Canon EOS 350D and EF 50mm f1.8 II on Black Widow Pin, the Pin is the point where the belt holds the camera in place.

The Black Widow is a much lighter kit compared to the SpiderPro systems. The pro systems have metal plate for the camera, and the holder area is metal as well. For the Black Widow, the pin is metal but the rest of the components are plastic, a good quality one too.

Also unlike the SpiderPro where the latch has a quick release feature with by turning to a particular angle, the Black Widow is always on LOCK, thus require you to press the latch in order to release.

Overall it’s a good product, recommended if you’re tired of using straps and want your equipment to be on your waist but not wanting to spend the amount for the Pro version of the holster.