Those who crave speed and have deep pockets, the ZOTAC SONIX PCIE is the drive for you! 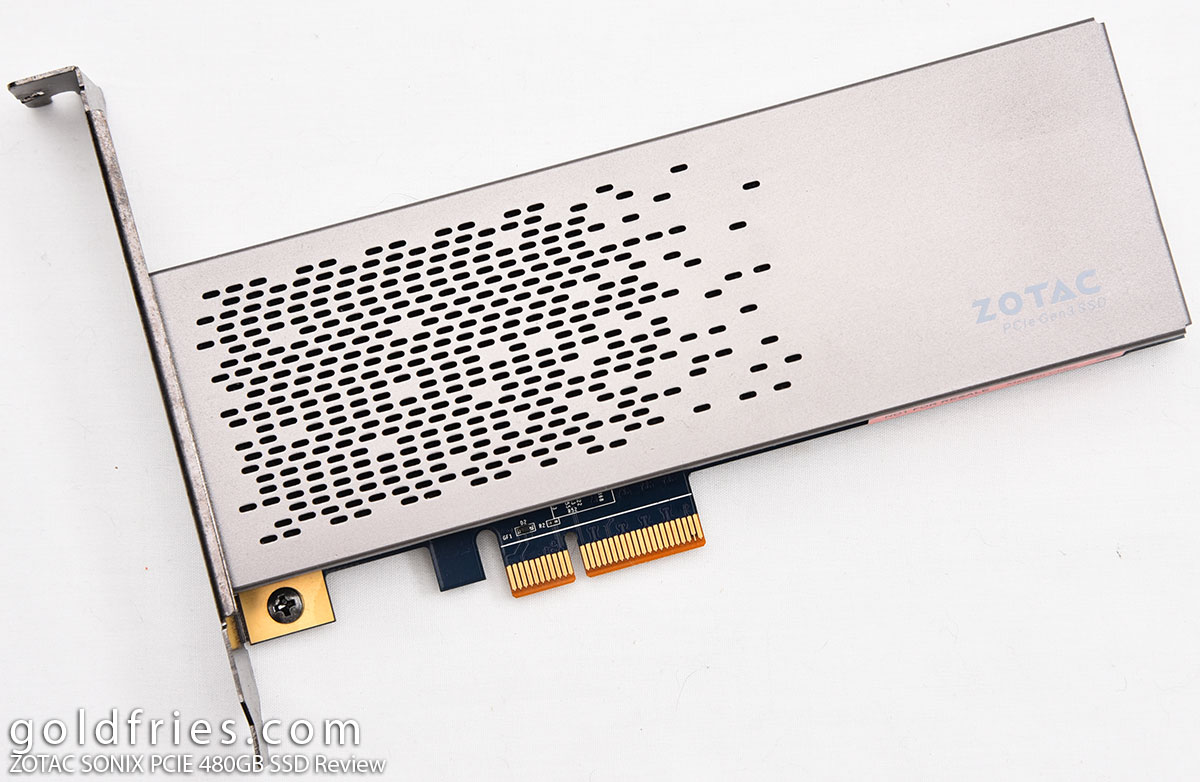 The ZOTAC SONIX PCIE is a sleek device that sits on your PCI-E slot. 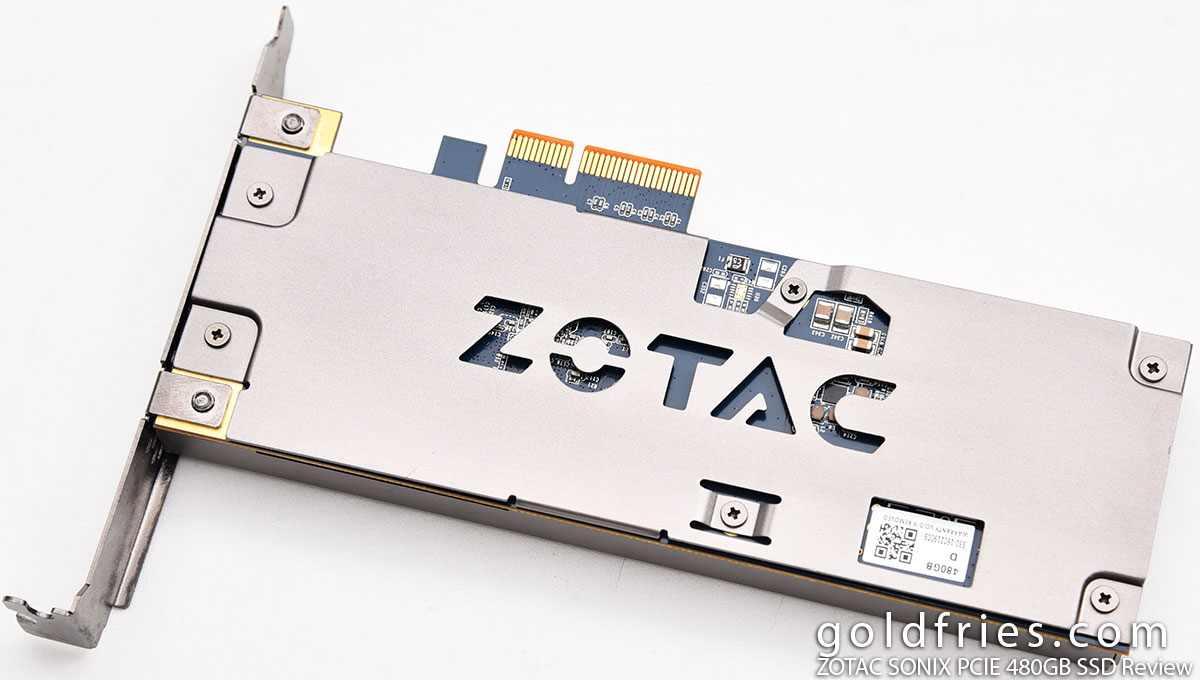 There’s nothing much to it actually, other than it looks great. Really guys, it looks great! That’s the ZOTAC SONIX PCIE sitting next to a graphics card.

That’s right guys, no SATA cable and no SATA power connector required. Do remember to check out the official product page. 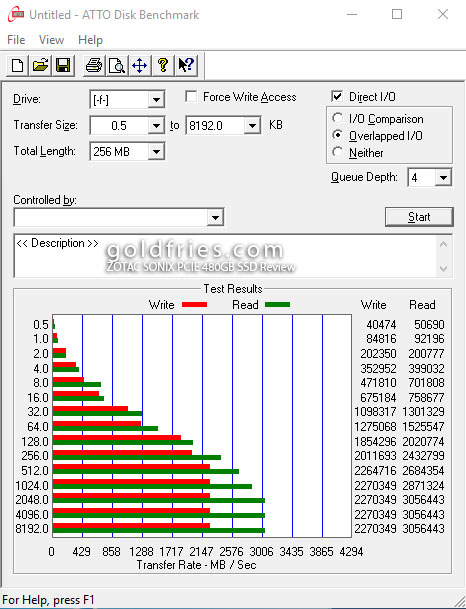 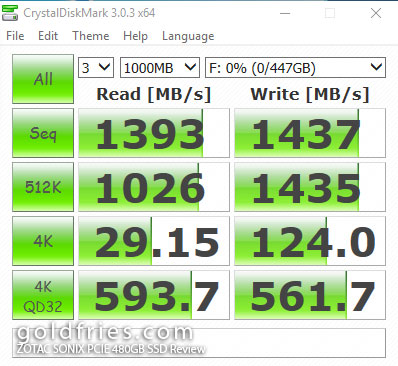 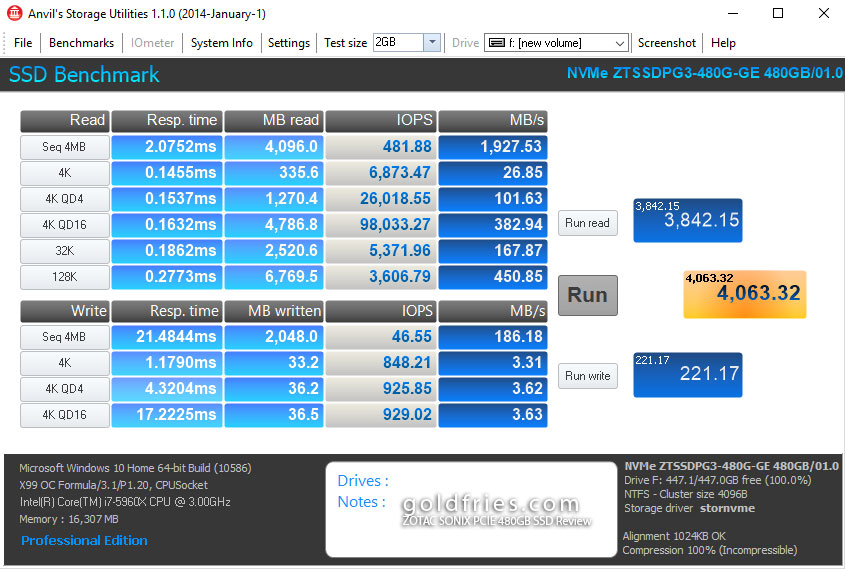 So with the sketchy results, I decided to do a WRITE SPEED test and it seems that it’s not as fast as I thought it would be. However reading from Zotac SONIX and have it write on my SSD, I see transfer speed went up by nearly double.

The ZOTAC SONIX PCIE 480GB SSD retails at RM 1,599 – that’s pretty much the price for PCI-E based SSD as such, what you get is something that looks great, reads super duper fast and doesn’t require power connectors nor data cables. It also makes your system look cool by using the usually useless PCI-E slot.

On the downside, you’re paying a hefty sum for all that.