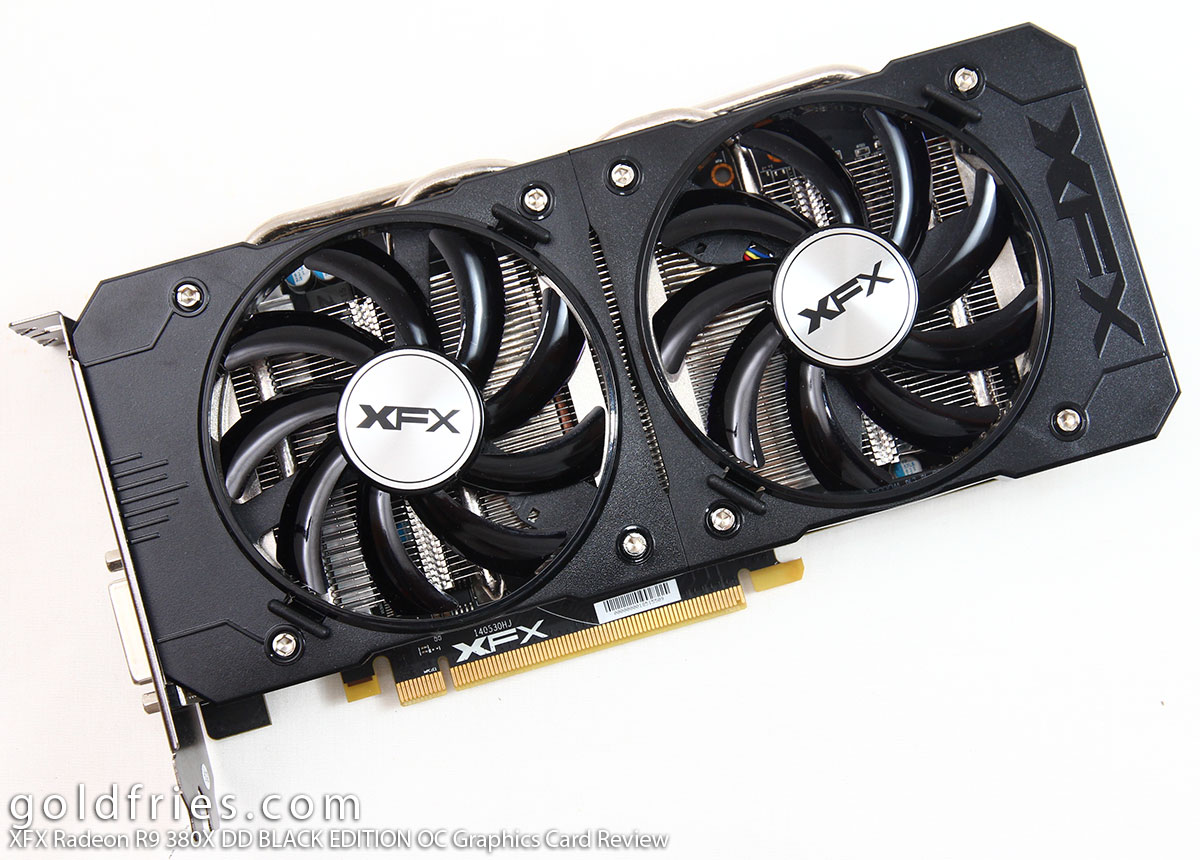 XFX Radeon R9 380X DD BLACK EDITION OC is a card with twin fan and it is pre-overclocked on the core from 970Mhz to 1030Mhz.

From the top you’ll see silver colored heatpipes and no PCI-E power connector as it’s placed towards the front-end of the PCB. 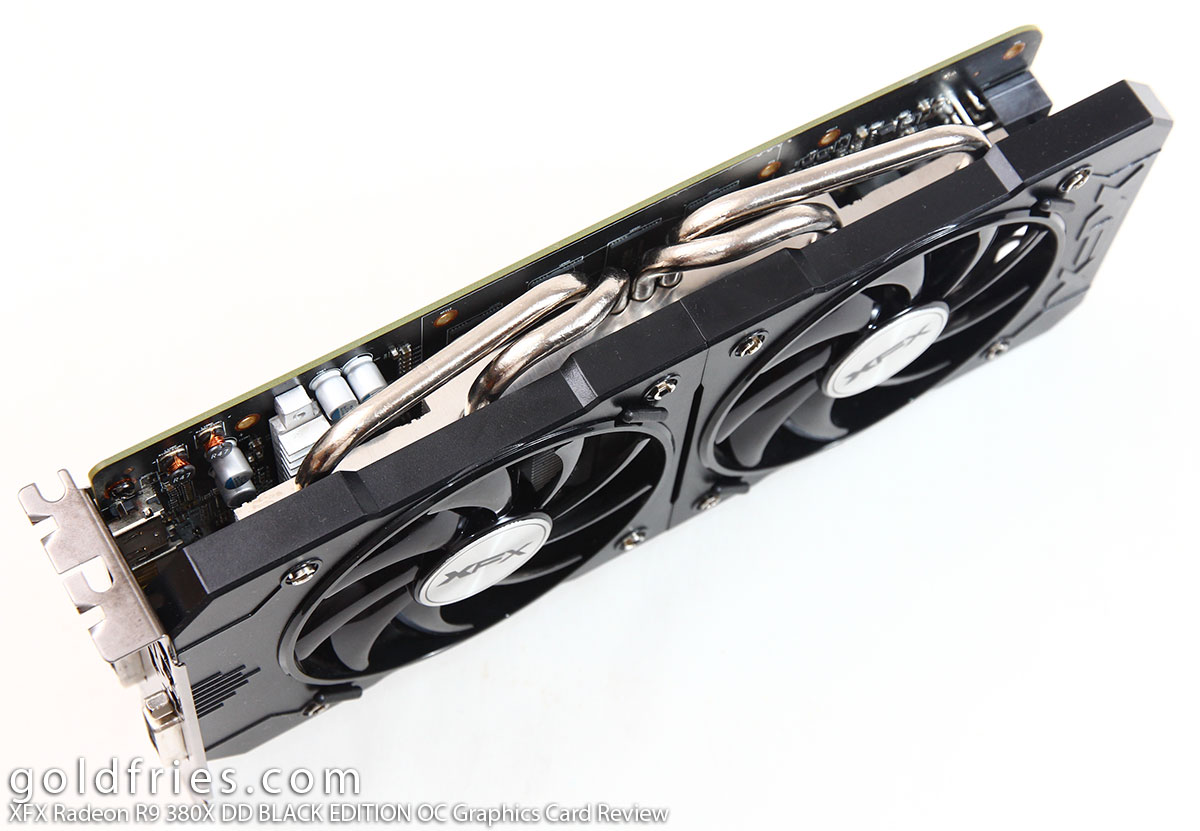 Here’s the view from the front, it has 2x 6-pin PCI-E power connector and that allows the card a maximum power draw of 225W. At the rear, 2 DVI, a HDMI and DisplayPort and with the XFX cutout on the PCI-E bracket. 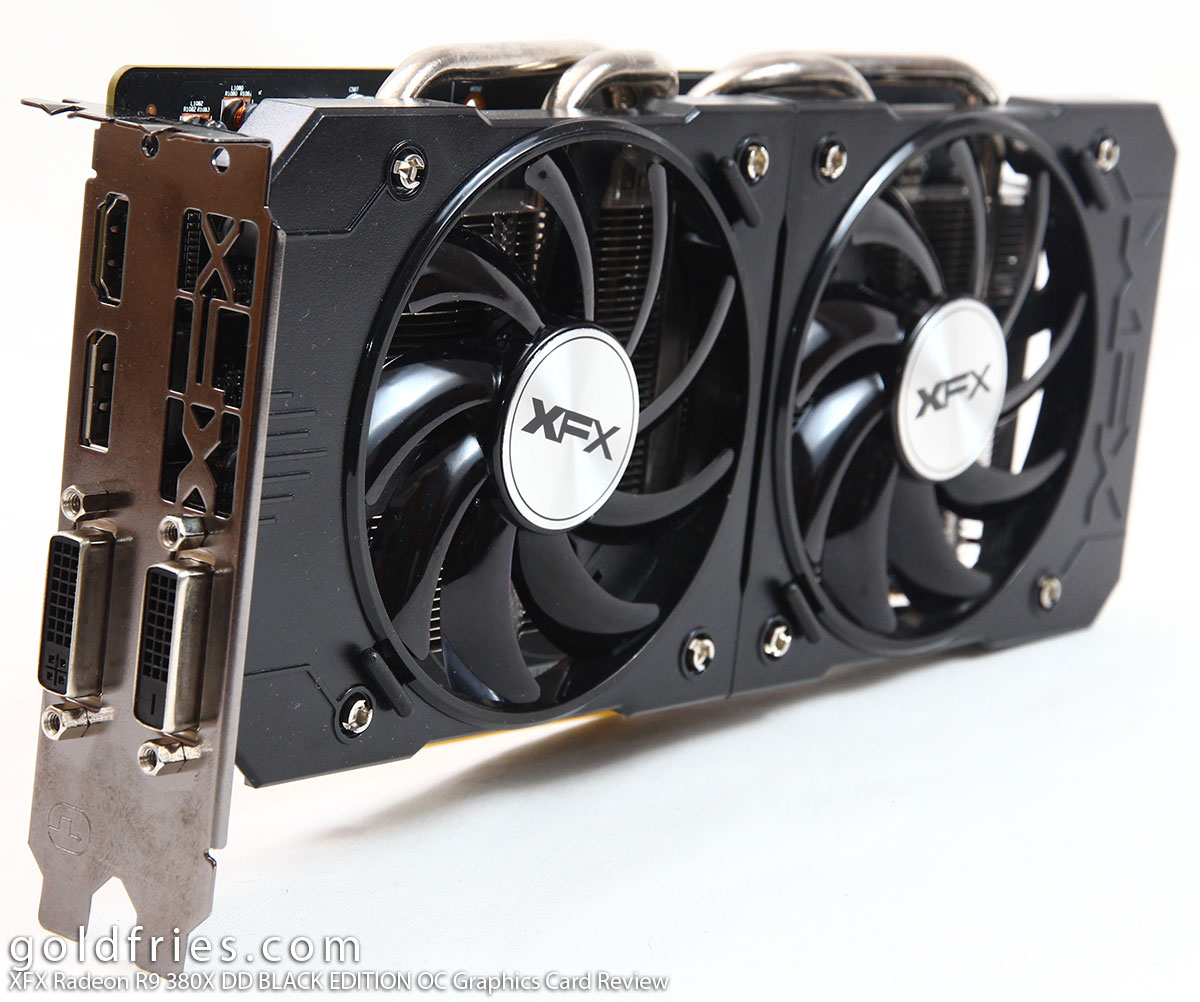 Here’s my GPU-Z capture of the card. 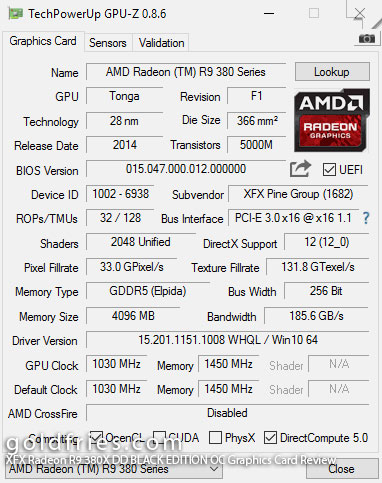 I managed to boost the card up to 1080 Mhz on core and 1525Mhz (6100Mhz) on memory but the framerate gains weren’t impressive, barely a frame added to Unigine Heaven 4.0 benchmark and barely 2 frames gained in Bioshock Infinite.

Clocking it further up to 1130Mhz and I couldn’t complete Unigine Heaven 4.0 benchmark.

The fan hovers at around 30% on AUTO settings where the noise level is silent.

The XFX Radeon R9 380X DD BLACK EDITION OC US$220, unfortunately this card is not to be available in Malaysia (Yup, we do not have XFX cards here!).

At that price point it overs between 2GB and 4GB Nvidia GTX 960 cards and given the performance is often slightly better, the XFX Radeon R9 380X DD BLACK EDITION OC offers excellent value for money. Note how it performs just as good and sometimes even better than 4GB variants of GTX 960 cards that are factory overclocked.