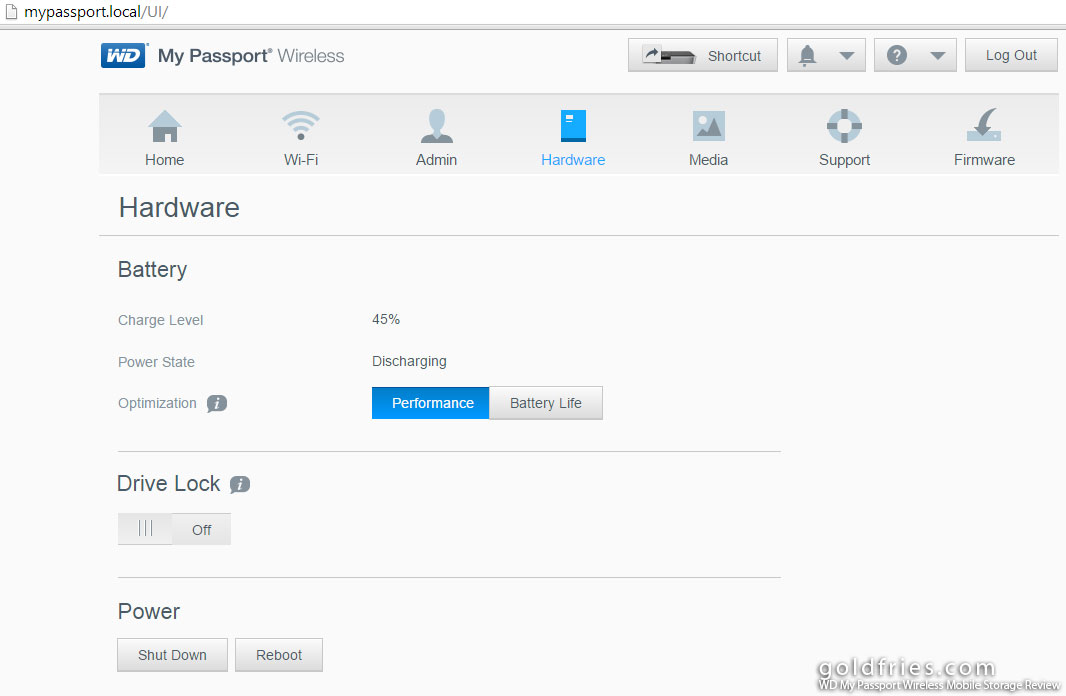 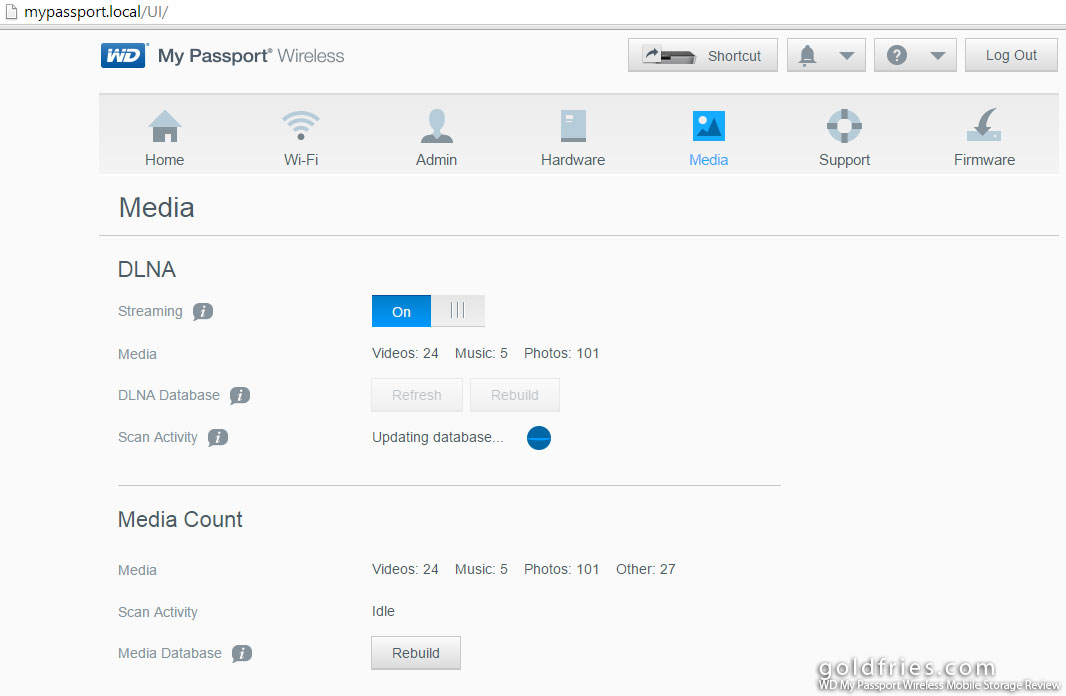 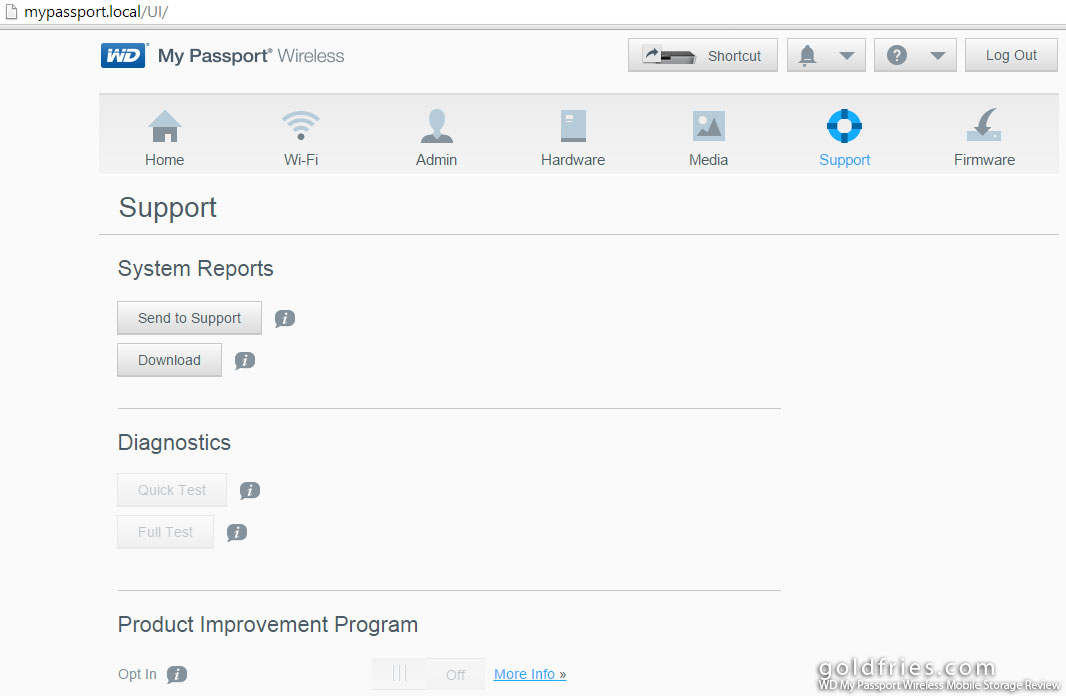 Once setup is complete, you may now add the WD Passport to your App that’s available in both Android and iOS flavors.

The app shows all the folders available. 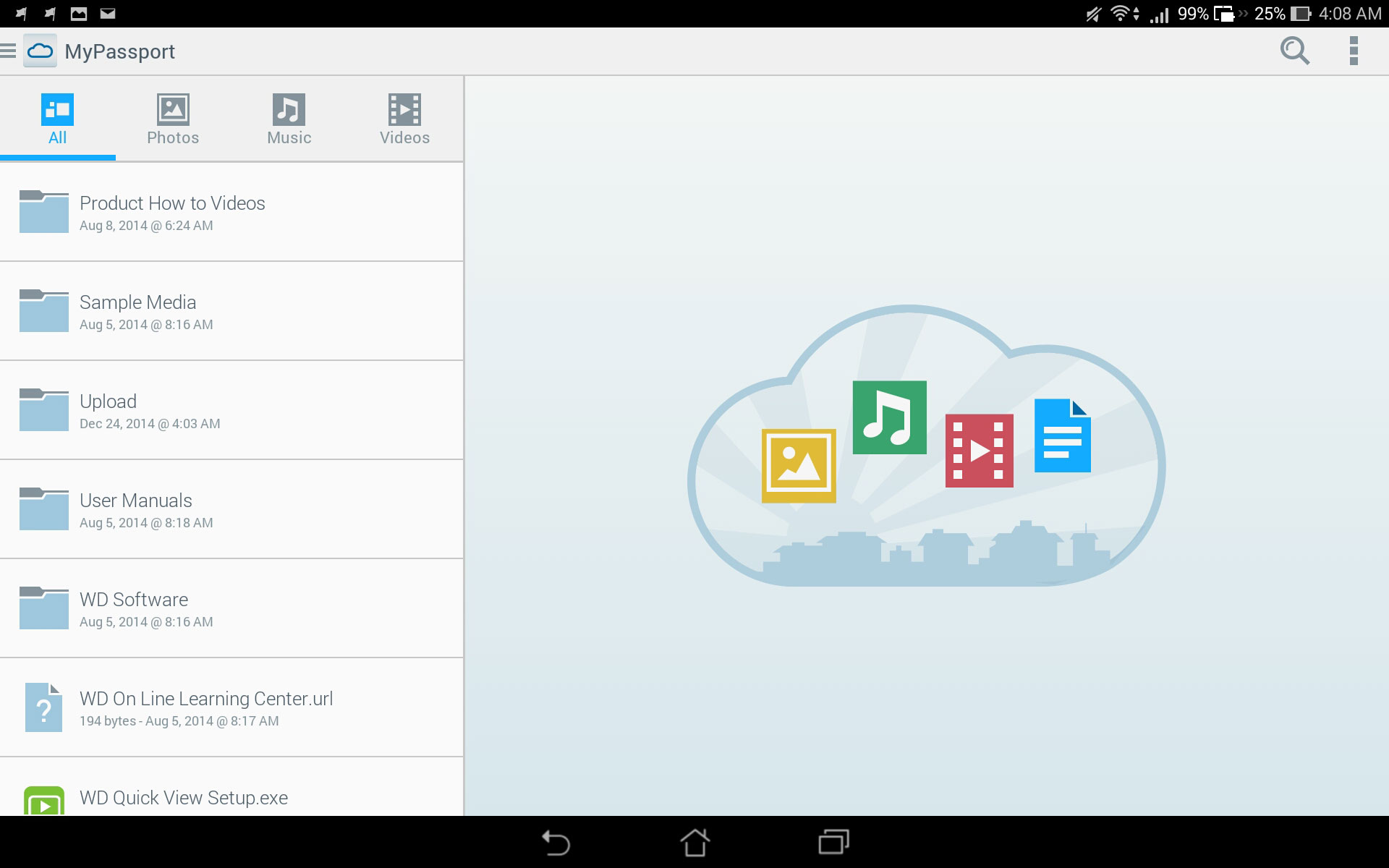 On another part of the app you’ll be able to see the contents categorized, space taken and battery charge. 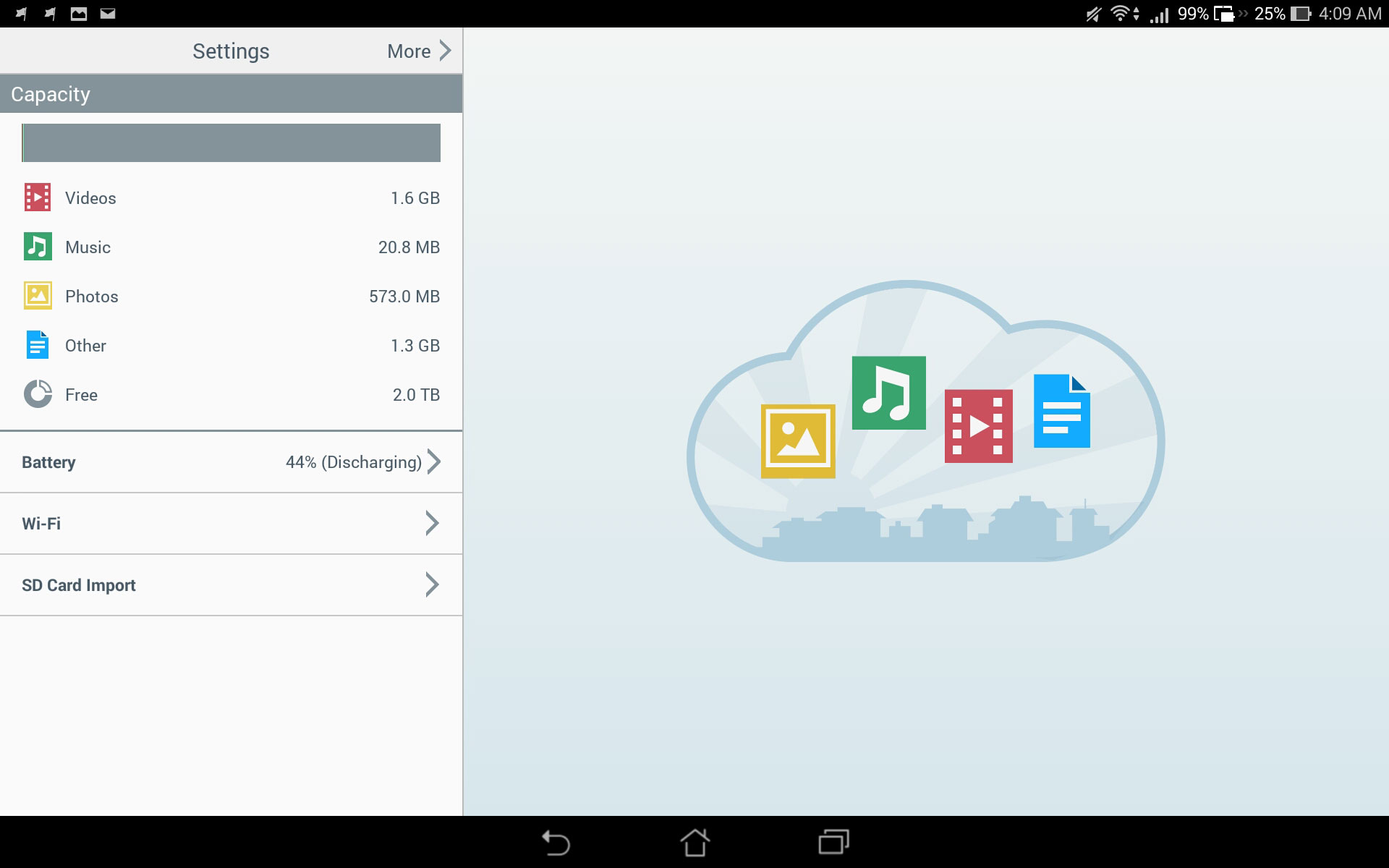 Within the app there’s also the function to IMPORT from SD Card. 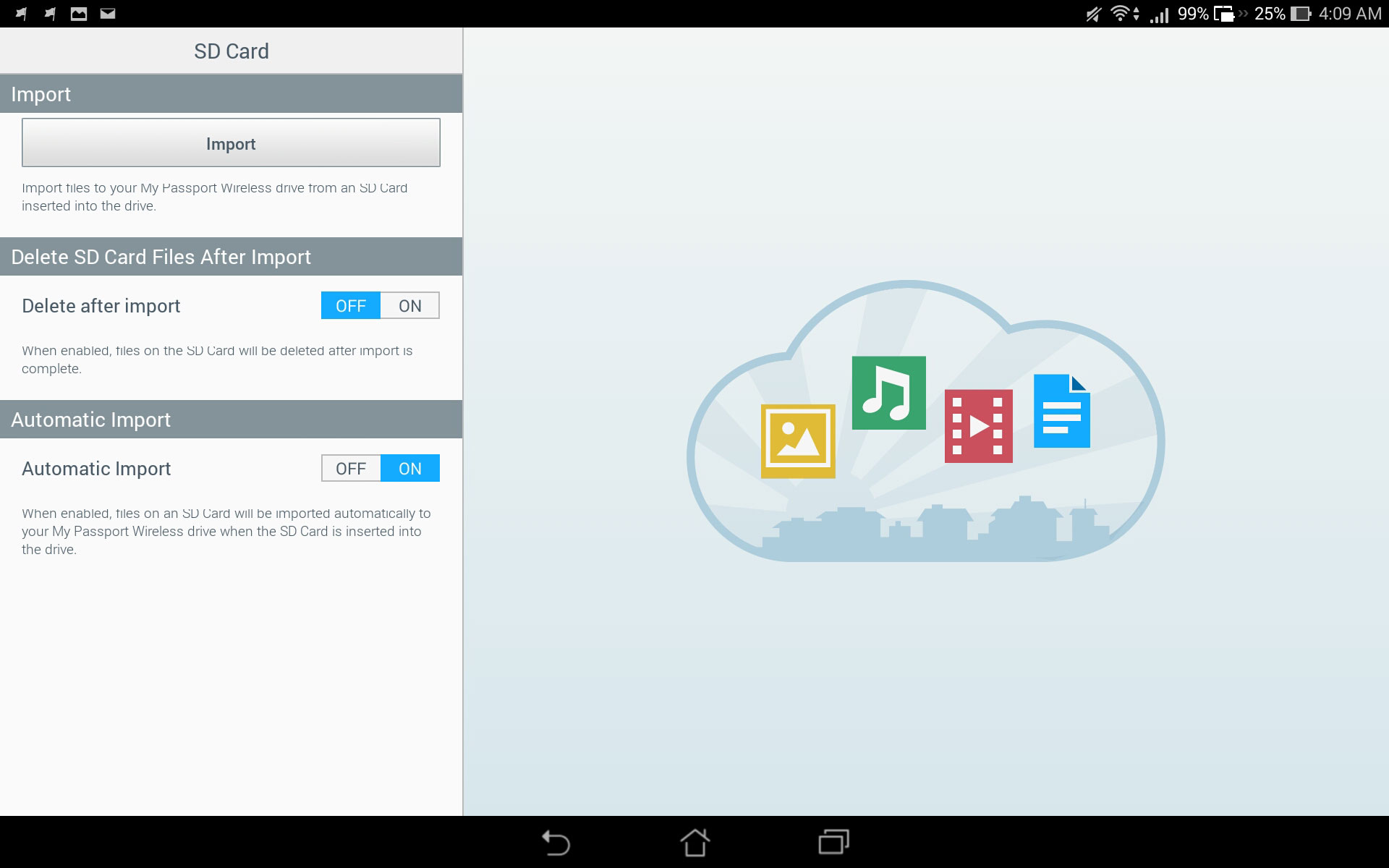 It seems like the import function was intelligent and does not duplicate. I tried by creating my first import, then I added files into the same folder on my SD card and re-initiate the import. The WD My Passport Wireless does not create a new folder but adds the images to the folder.

Be careful with your settings though, there’s an option to DELETE AFTER IMPORT and this will wipe your card once import is complete.

Wi-Fi : The signal was strong, I could still see a 4-bar (out of 5) strength despite being on a different floor and blocked by many walls.

Battery : I initiated a Dropbox sync that ran for some 30 minutes or so and saw the charge dropped 7% of which I think is really good. The drive could last you hours even with Wi-Fi connectivity enabled. What it does is that the WD My Passport Wireless becomes the middle person between devices and whichever Wi-Fi connection available. Pointless? Yes I think so too. Why bother going through a middle-man device when one can connect to Wi-Fi directly? The only scenario I think it could be useful is that you’re in a group and everyone’s sharing a Mi-Fi device with limited connectivity allowed, so the WD My Passport would be able to serve as the additional connection point.

Import Speed : I filled my Sandisk 16GB Class 10 45Mb/s card to the brim and initiated the import, it took around 30 minutes to clear.

The WD My Passport Wireless is currently available at select retailer, MSRP being RM 599 for the 1TB variant, RM 699 for 2TB. I think this device is great for on-the-go storage clearing.

Think about it, just bring a few cards along for your travel or assignments and worry not about running out of space. Backup and delete one card while filling the other, it works great. With the right settings, your card is backed-up and cleared the moment you insert it into the WD My Passport Wireless.

As for being a Wi-Fi middle-man device, I don’t find it particularly useful. Buy this device for the super backup capacity, awesome stuff if you’re a frequent traveler.