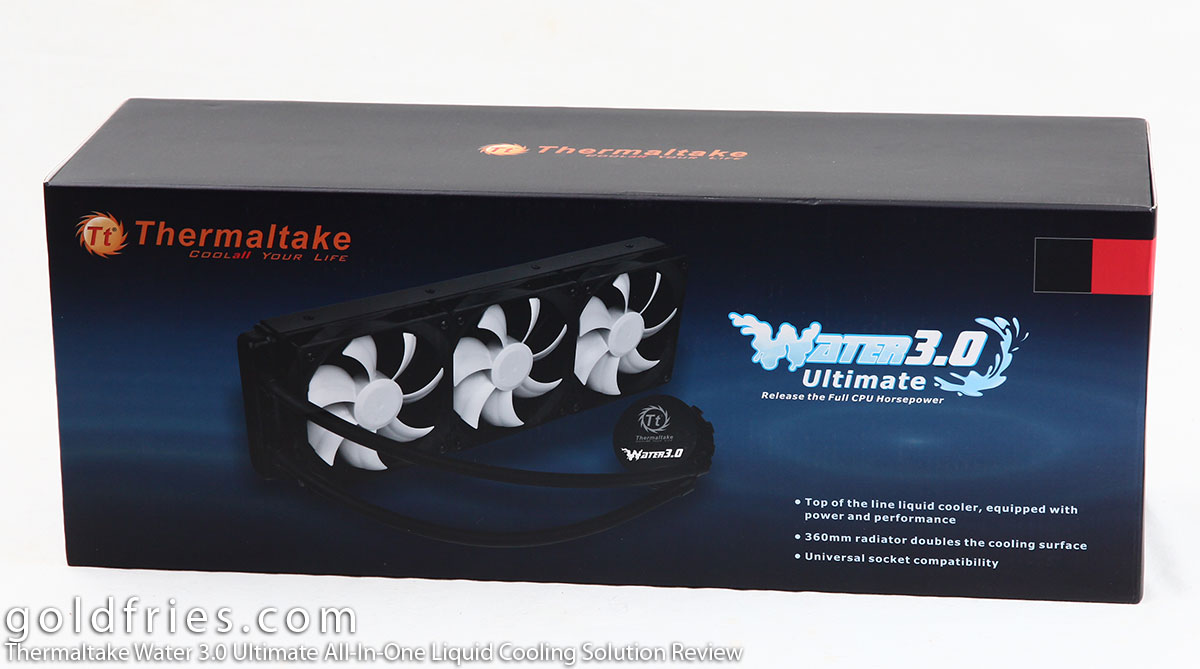 Here’s the unit itself, it’s VERY LONG and you shouldn’t be getting one UNLESS you’re very certain that your casing is able to house a cooler of such dimension. 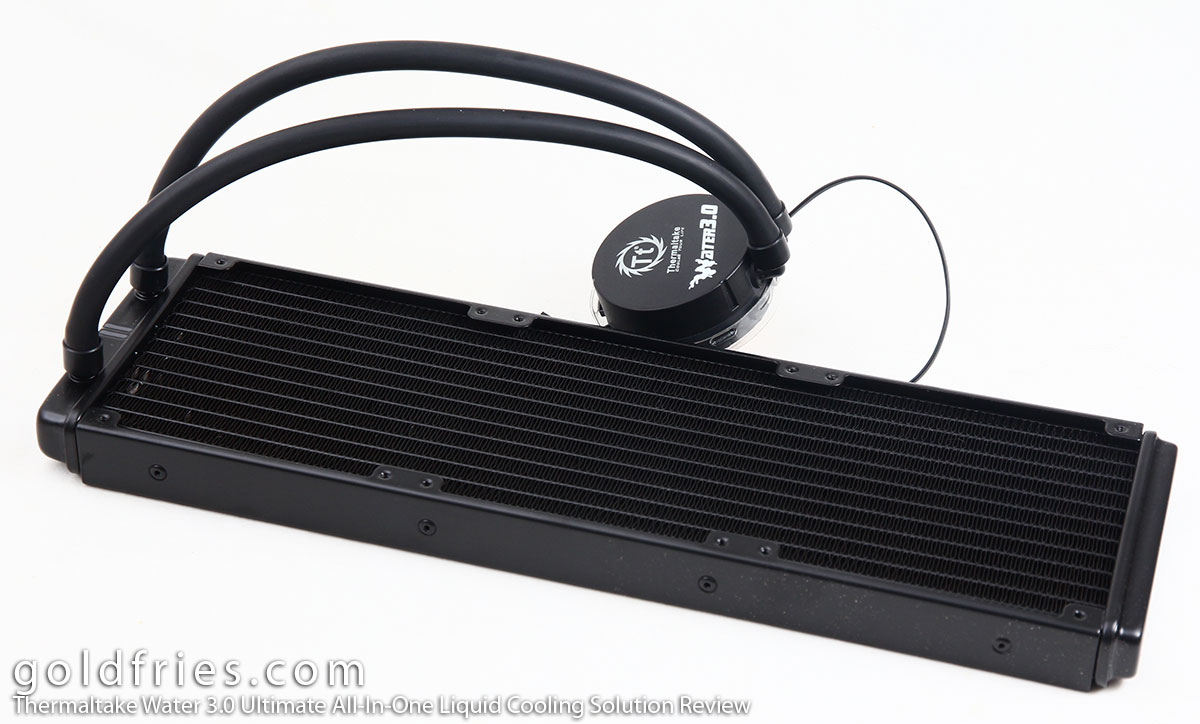 While the radiator unit is huge, the water block / pump unit is exactly as what you saw in the other products. 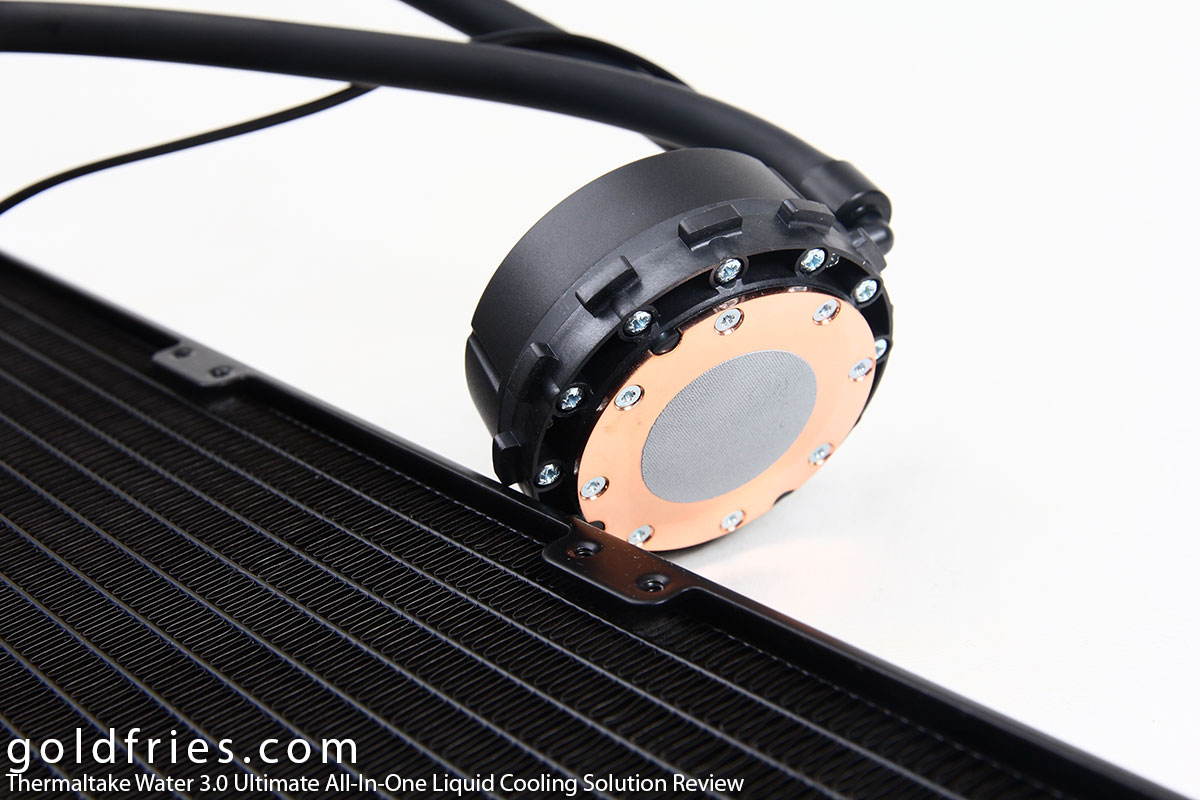 As for the package contents – wow, there’s just so many things. Fret not about the fan power connection, ThermalTake included a 1 to 3 splitter unit so all the fans are able to run at the same RPM. What I like about the Ultimate model is that the cooler mounts are pre-installed with the holder sockets. 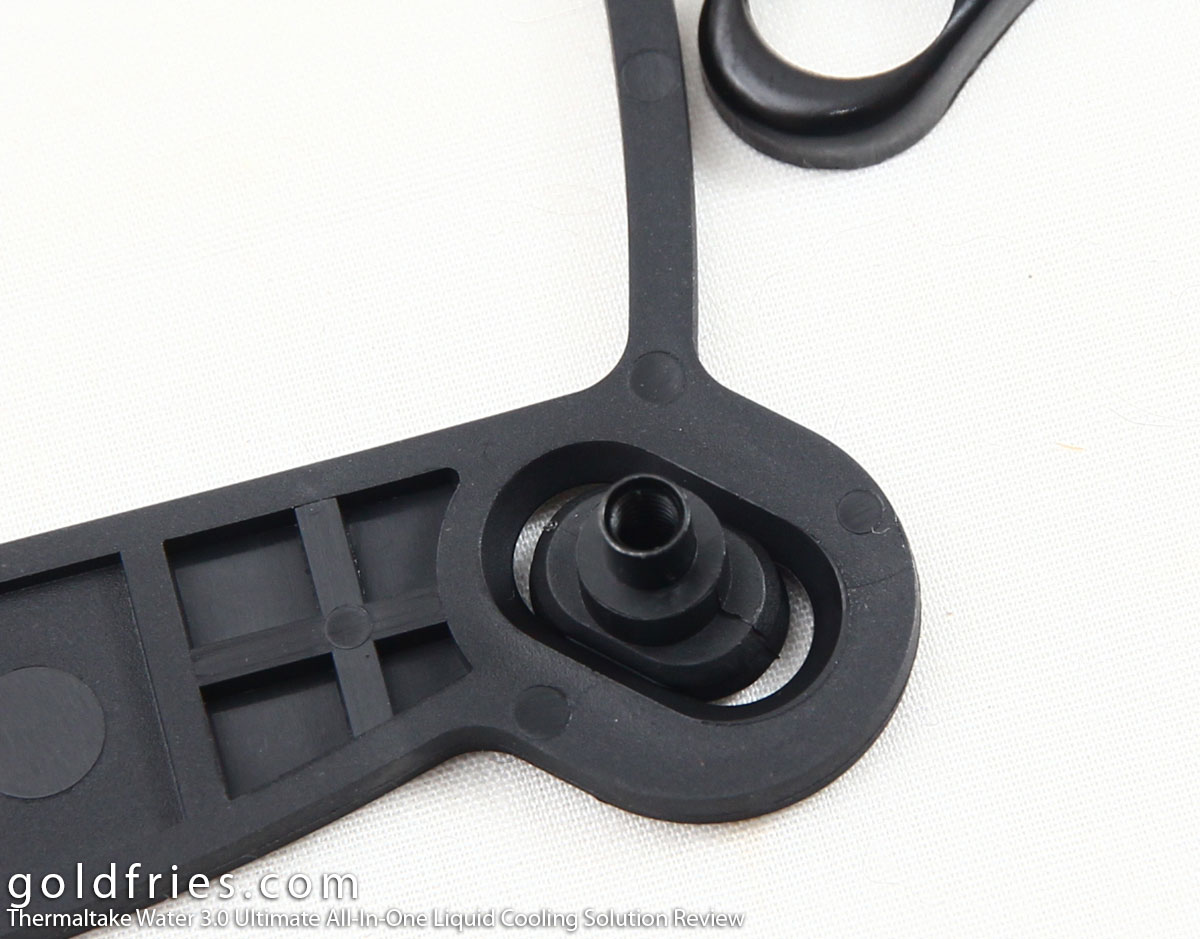 It looks beautiful those fan installed.

Specs below taken from the official product page. 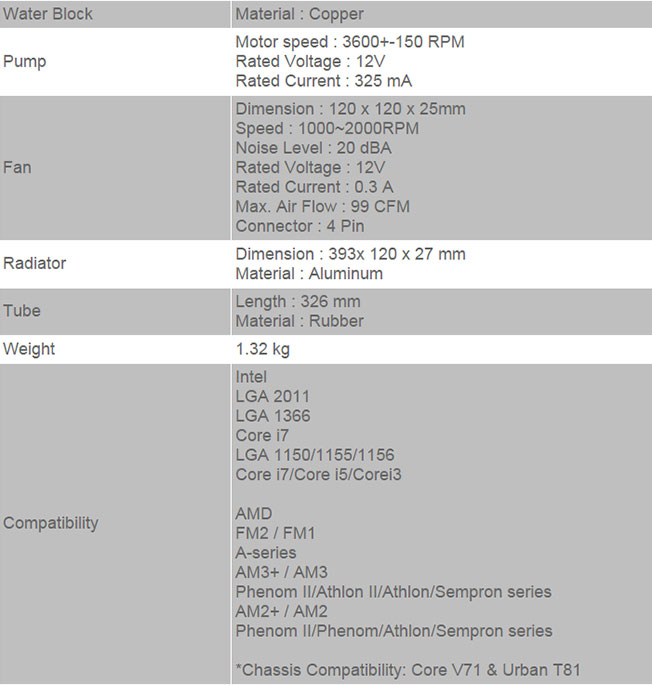 I was expecting the Water 3.0 Ultimate to perform much better regardless of fan speed but I’m somewhat disappointed to see that the temperature for the Ultimate on normal fan speed (set on BIOS) resulted in similar readings as the one on the low-end Water 3.0 Performer.

Once the fan RPM were cranked up, the readings were stunning, the Water 3.0 Ultimate was a whole 11Â°C cooler than the Water 3.0 Performer.

The fans bundled with the Water 3.0 Ultimate are different from that of the Water 3.0 Performer and that might be the reason why it didn’t perform as well as what I hoped for.

The ThermalTake Water 3.0 Ultimate retails at a whopping RM 499, it’s a convenient solution but certainly not a cheap one. One thing’s for sure is that you will get very good cooling for your processor.